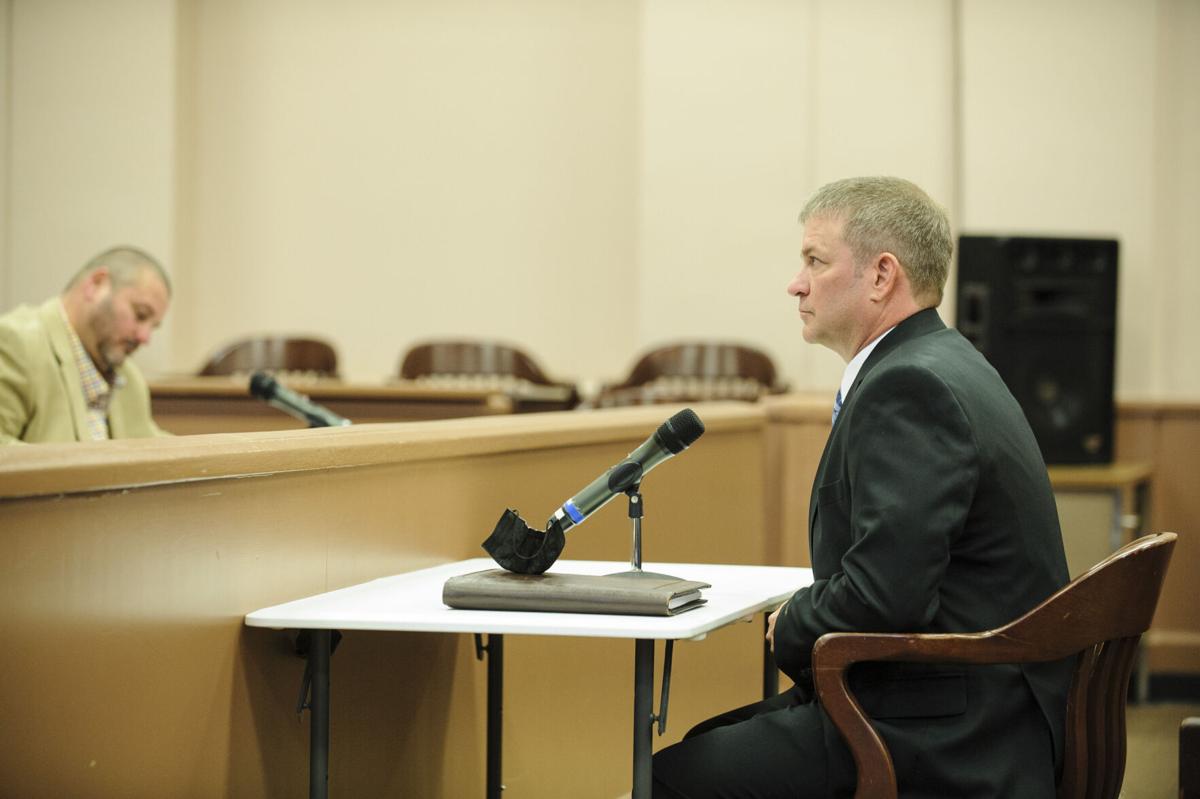 Cliff Williams / The Outlook Steve Hays speaks to the Alexander City City Council during an interview Monday as the council progresses to appointing a new finance director. 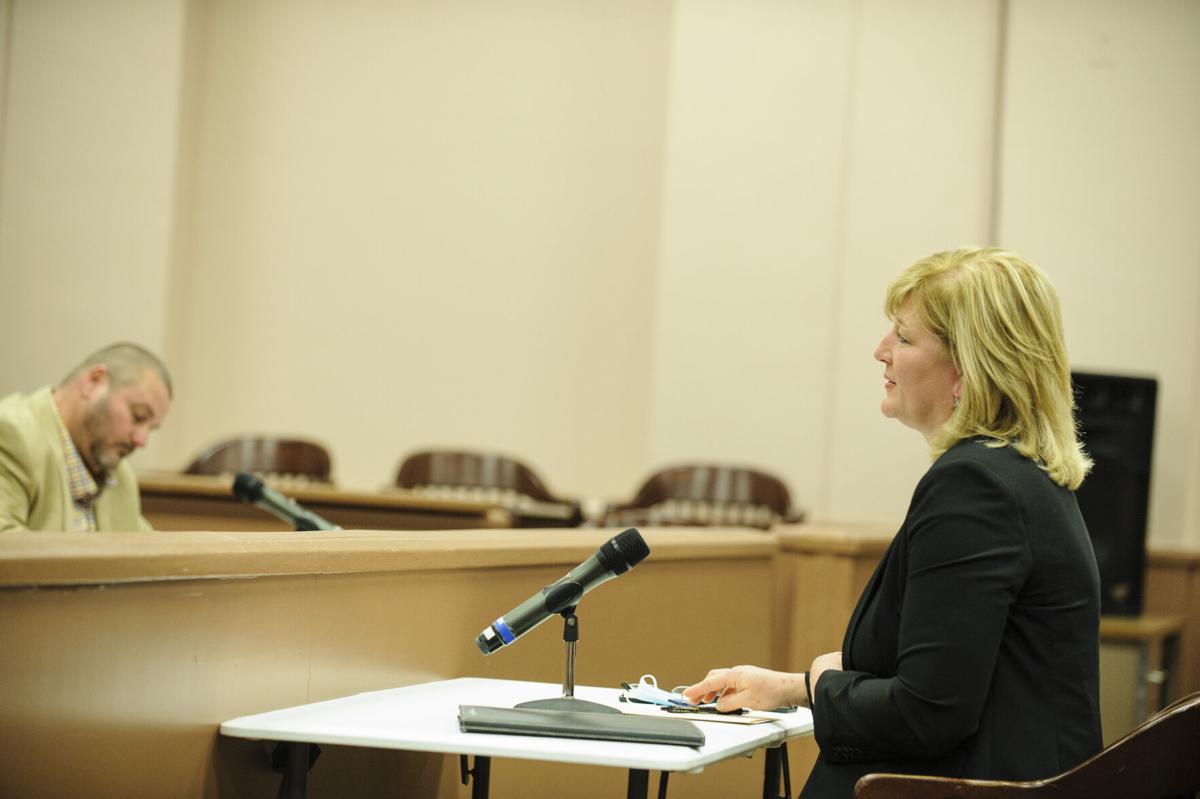 Cliff Williams / The Outlook Donna Barrett speaks to the Alexander City City Council during an interview Monday as the council progresses to appointing a new finance director. 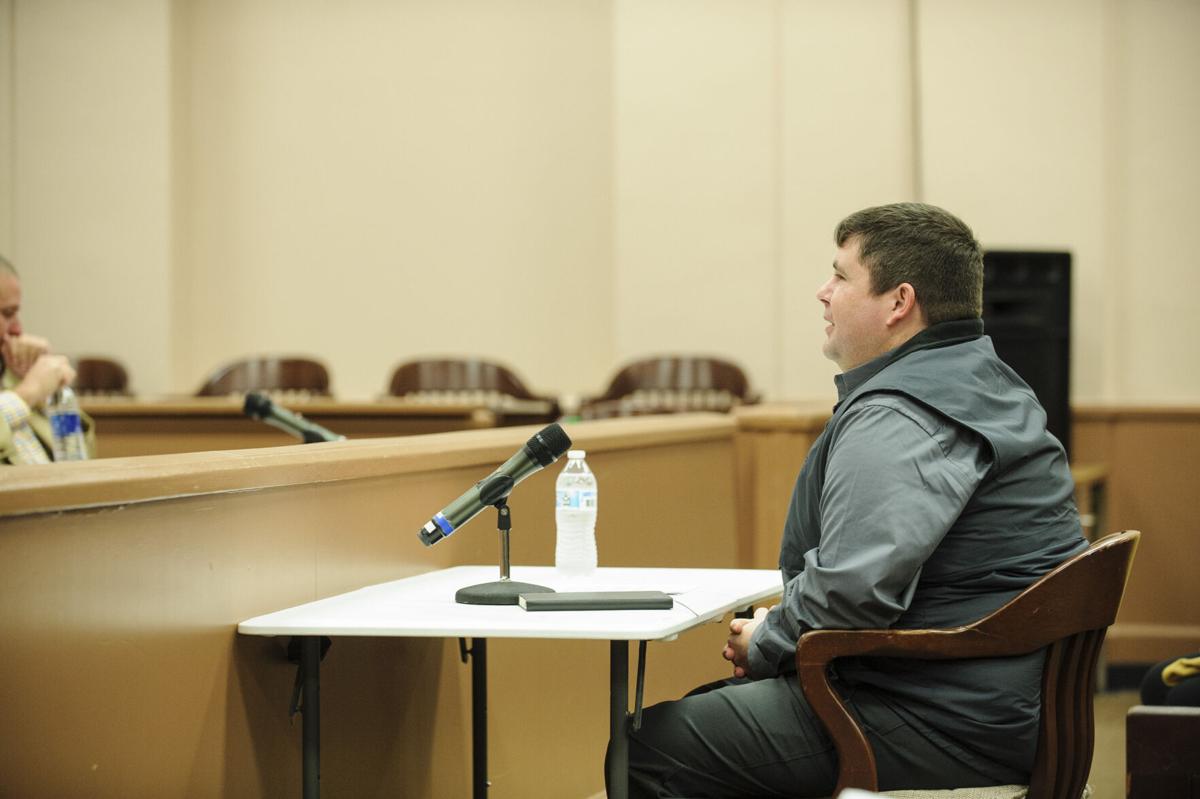 Cliff Williams / The Outlook Miles Hamlet speaks to the Alexander City City Council during an interview Monday as the council progresses to appointing a new finance director.

Cliff Williams / The Outlook Steve Hays speaks to the Alexander City City Council during an interview Monday as the council progresses to appointing a new finance director.

Cliff Williams / The Outlook Donna Barrett speaks to the Alexander City City Council during an interview Monday as the council progresses to appointing a new finance director.

Cliff Williams / The Outlook Miles Hamlet speaks to the Alexander City City Council during an interview Monday as the council progresses to appointing a new finance director.

Monday before Christmas the council held a special work session before a regular meeting for the purposes of interviewing Donna Barrett, Miles Hamlet and Steve Hays to help make a decision who would help the city catch up on much needed financial audits. It was after the Dec. 21 meeting where interviews were held, members of the council questioned the process approved when it did not reappoint Sandy Stanbrough as finance director. Councilmember Chris Brown said he found out the position had only been posted for four or five days before it was closed.

“I feel like we need to look beyond the four or five days,” Brown said at Monday’s council meeting. “I feel like we didn’t do enough searching. I suggested several times we extend it. I don’t think we did our due diligence.”

Council president Buffy Colvin was the one who told Barrett, Hamlet and Hays a decision would be made Jan. 4 during their interviews but sided with Brown in extending the search. Colvin said the process was different four years ago when it appointed Stanbrough and other positions.

“They were posted on several (web) sites,” Colvin said. “There was a two week time frame and they came down.”

The process discussed after the non-reappointment of the position in November directed the advertising of the open position be posted on the city’s website, Facebook page and on bulletin boards of city buildings.

Councilmember Jimmy Keel said the council had an obligation to make a decision because of the agreed upon process and it was what was told to the candidates. Keel said the time to bring up dissatisfaction with the process should have happened during the meeting in which the interviews occurred.

“There has not been one word mentioned about it,” Keel said. “Putting this off is disrespectful.”

Barrett, Hamlet and Hays were present at the meeting to hear the discussion. Barrett is currently employed in Alexander City’s finance department. Hamlet is the city’s purchasing agent. Hays was employed by Alexander City as finance director and helped implement the city’s current accounting system Springbook.

Brown said he brought it up Monday because it was the first chance at a council meeting. Brown called into a meeting last week for a special called meeting when the council approved hazard pay for first responders under the CARES Act, a week after the council conducted interviews.

Councilmember Bobby Tapley agreed with Keel a decision was needed at Monday’s meeting.

“We told them we would make a decision tonight,” Tapley said.

Councilmember Eric Brown said the decision to delay appointing a finance director should be no disrespect to those the council interviewed.

“There could be somebody out there with governmental accounting experience,” Brown said. “We didn’t reach many because we advertised in a small market.”

Brown suggested posting the position to govtjobs.com to cast a larger net for applicants.

Councilmembers instructed human resources personnel to post the position again casting a larger net but to close it Friday, Jan. 15 so councilmembers have time to review resumes before meeting Tuesday, Jan. 19.

Immediate consideration to convey property fronting U.S. Highway 280 at the new municipal complex to the Lake Martin Economic Development Authority for commercial purposes only if a contract with development is entered into with Liscotti Development Corp. was denied when Keel voted no. For an ordinance to pass the first time it is on an agenda, the council must unanimously agree to consider it. An ordinance can be taken up with the immediate consideration at a later meeting.

The property to be conveyed is 2.35 acres adjacent to Recreation Drive and fronts U.S. Highway 280 and Jim Nabors Drive. It would leave the city 1.76 acres on U.S. Highway 280 for future use and limits still being negotiated with Liscotti.

“We have already executive sessions about this,” community development director Al Jones said. “We are working out that contract. We sent it back; they sent it back. We feel like we are getting close.”

Jones said the contract would limit certain types of businesses from coming to the remaining 1.76 acres.

“It is a very narrow agreement we are making,” Jones said.

The council made no mention of which business was interested in the lot and Jones said the executive sessions were held because the “retailer could pull out if the name was made public.”

The council approved extending paid sick leave and expanded family and medical leave under the Families First Coronavirus Response Act passed by Congress in March 2020. The act provided for paid leave of employees who contracted COVID-19, cared for someone with COVID-19 or had children out of school because of COVID-19.

“This was set to expire Dec. 31,” human resources director Kathy Railey said. “It was not included in the things passed by Congress Dec. 31. But we felt like it would not be fair for employees who had COVID between March and December to get it in 2020 and those who get COVID in 2021 not get it.”

The measure passed but expires March 31. Railey said the leave is still funded through a federal tax credit.

The city entered a 25 minute executive session at the request of Alexander City Chamber of Commerce president and CEO Ed Collari to discuss an economic development opportunity. No action was taken at the conclusion of the session.

Mayor Woody Baird and councilmember Scott Hardy participated in the meeting by phone.

In other action the council:

• Approved a request to for Concerned Parents for Academic and Community Excellence (Co-PACE) to hold a Martin Luther King Jr. event Jan. 18

The next meeting of the Alexander City City Council is scheduled for 5:30 p.m. Tuesday, Jan. 19.

Do you think Donald Trump should be impeached?