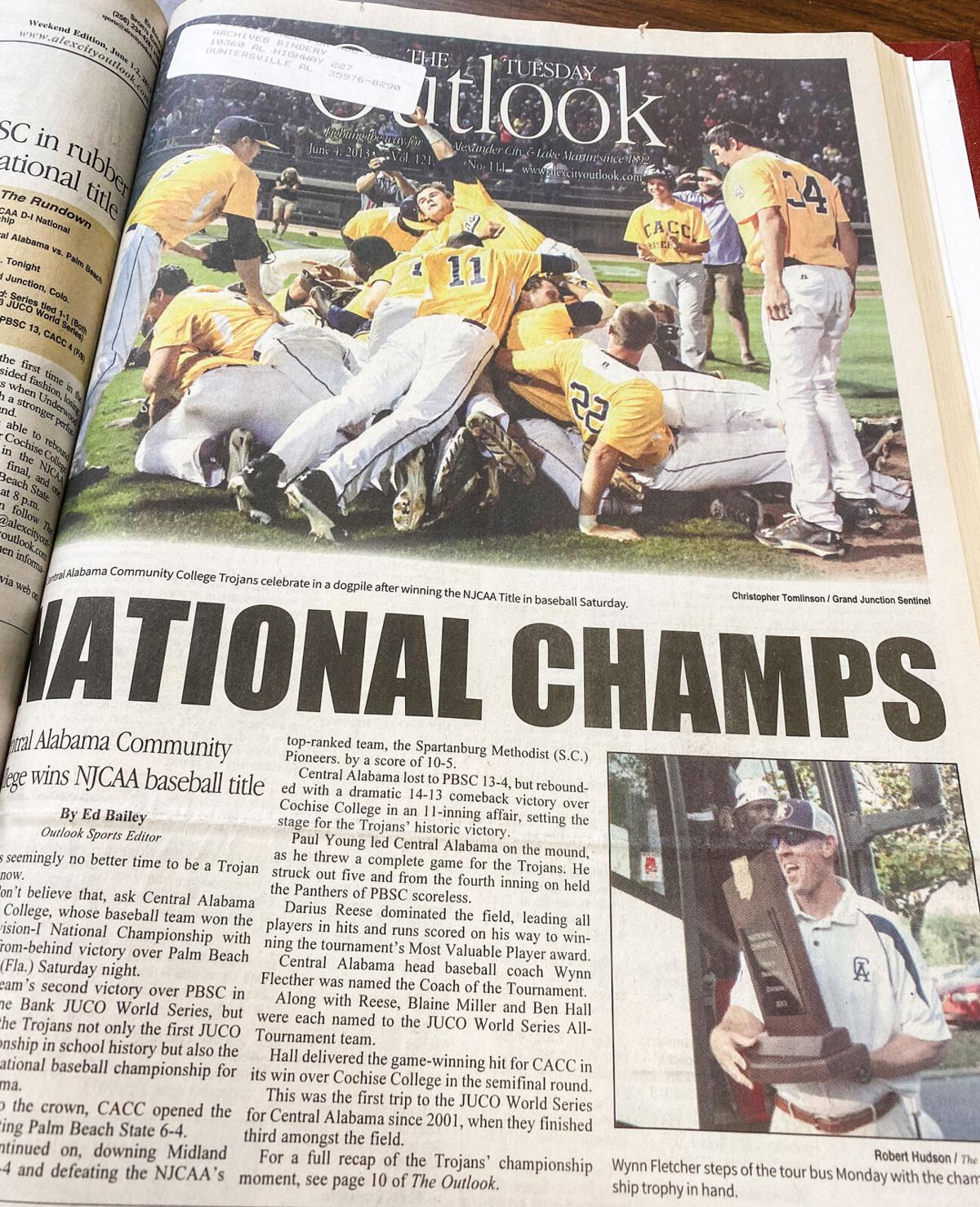 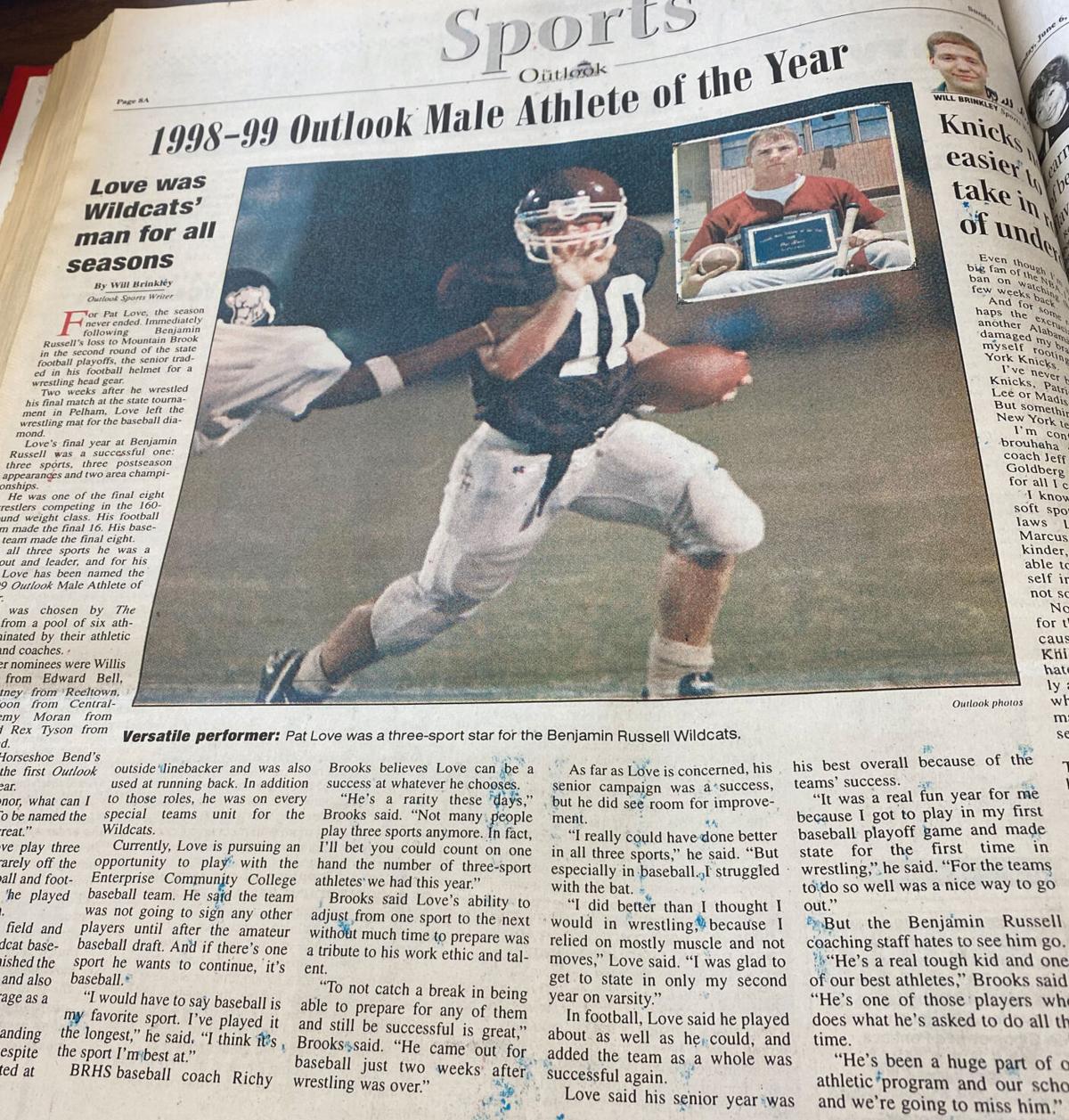 Central Alabama Community College has become known around the nation for its golf team; the Trojans have won multiple national championships on the links.

But they aren’t the only ones. This week in 2013, it was a banner day for CACC as it claimed the NJCAA Division I National Championship with a victory over Palm Beach (Florida) College.

“I’ll be honest with you, I feel blessed,” then-CACC coach Wynn Fletcher said at the time. “You have to understand where we came from. Starting 0-6, I didn’t think it would be this kind of season. I can’t explain it. We tried to do the right things, and if you do that, something good has to happen before too long. They all bought in and got it done.”

Paul Young had five strikeouts in the complete-game victory and Blaine Miller led the offense by going 3-for-4 with three runs scored and two RBIs.

That wasn’t the only thing CACC had going for it that week either. Later that same week, the golf team, which also won a national championship earlier in 2013, was back on display as John Michael O’Toole was named the JUCO Athlete of the Year by the Alabama Sports Writers Association. He was the second CACC golfer to win the award and did so after teeing off as the No. 1-ranked Trojan in every single tournament of his two-year career there.

“I’m very excited for him,” said Dave Jennings, who is still the CACC golf coach now. “He was up against numerous great athletes from all across the ate, and I’m absolutely thrilled he was selected.”

During his sophomore season, O’Toole had six top-finishes and was named to all-tournament teams at nine different events.

Even later that same week in 2013, then-CACC freshman Paul Young was drafted by Cleveland in the 21st round of the MLB Draft. Young was joined by another local in the draft that year as Benjamin Russell graduate Kendall Graveman was picked 235th overall in the eighth round by the Toronto Blue Jays.

Graveman has since played for three MLB teams, becoming the Opening Day starter for the Oakland Athletics in 2017. He is now a Seattle Mariner.

Several years earlier, another local was on display as Pat Love was named the 1998-99 Outlook Male Athlete of the Year. Love was a three-sport star at Benjamin Russell and he helped himself and his team to the postseason in football, baseball and wrestling as a senior. 1999 was the first year The Outlook named a Male and Female Athlete of the Year.

“It’s a great honor; what can I say?” Love said at the time. “To be named the first ever is really great.”

Love is now the head softball coach at Tallassee.

Also on June 8, 1999, Tommy Tuberville, who was then the Auburn football coach, hosted his first ever golf tournament to raise money for Camp ASCCA. The charity golf tournament brought in more than $7,000 for the cause.

The Rickwood Classic is known for having a wide variety of weather over the years from rainouts to scorching Alabama summer heat. The 16th annual game in the series was no different as it came on the back end of a week of rain in Birmingham while also setting a new record-high temperature for June 1 in the city.

That did not stop baseball from happening though as the Birmingham Barons put on their bulky throwback uniforms and hosted the Chattanooga Lookouts in front of a reported crowd of 6,871 people. The Barons grabbed the win, defeating the visitors 4-3 in 11 innings and getting their first win at the Classic since 2007.

Birmingham needed a comeback to send the fans home with a win as Ken Williams Jr. had an RBI triple to tie the game with two outs in the ninth inning. Justin Green completed the comeback with a walk-off home run to lead off the bottom of the 11th.

The New York Mets had plenty of history, both good and bad, during their first 50 years as a franchise. They got a little taste of both sides when Johan Santana made history during the final season of his career.

Santana helped the Mets defeat the defending World Series champion St. Louis Cardinals when he pitched the franchise’s first ever no-hitter. He struck out eight and used 134 pitches to complete his second complete game shutout in an eight-day span.

The celebration was wild for every player and fan in the stadium but it is becoming more difficult for fans to look back on it in a brighter light. Santana lowered his season ERA to 2.38 as of June 1 but he never looked like himself again and many people credit that to the number of pitches he threw to get the job done.

Santana’s ERA raised to 4.85 by the middle of August and he was shut down after allowing six runs in five consecutive starts. He never pitched another game at the MLB level but he still has his name in the history books as the only Mets pitcher to hurl a no-hitter.