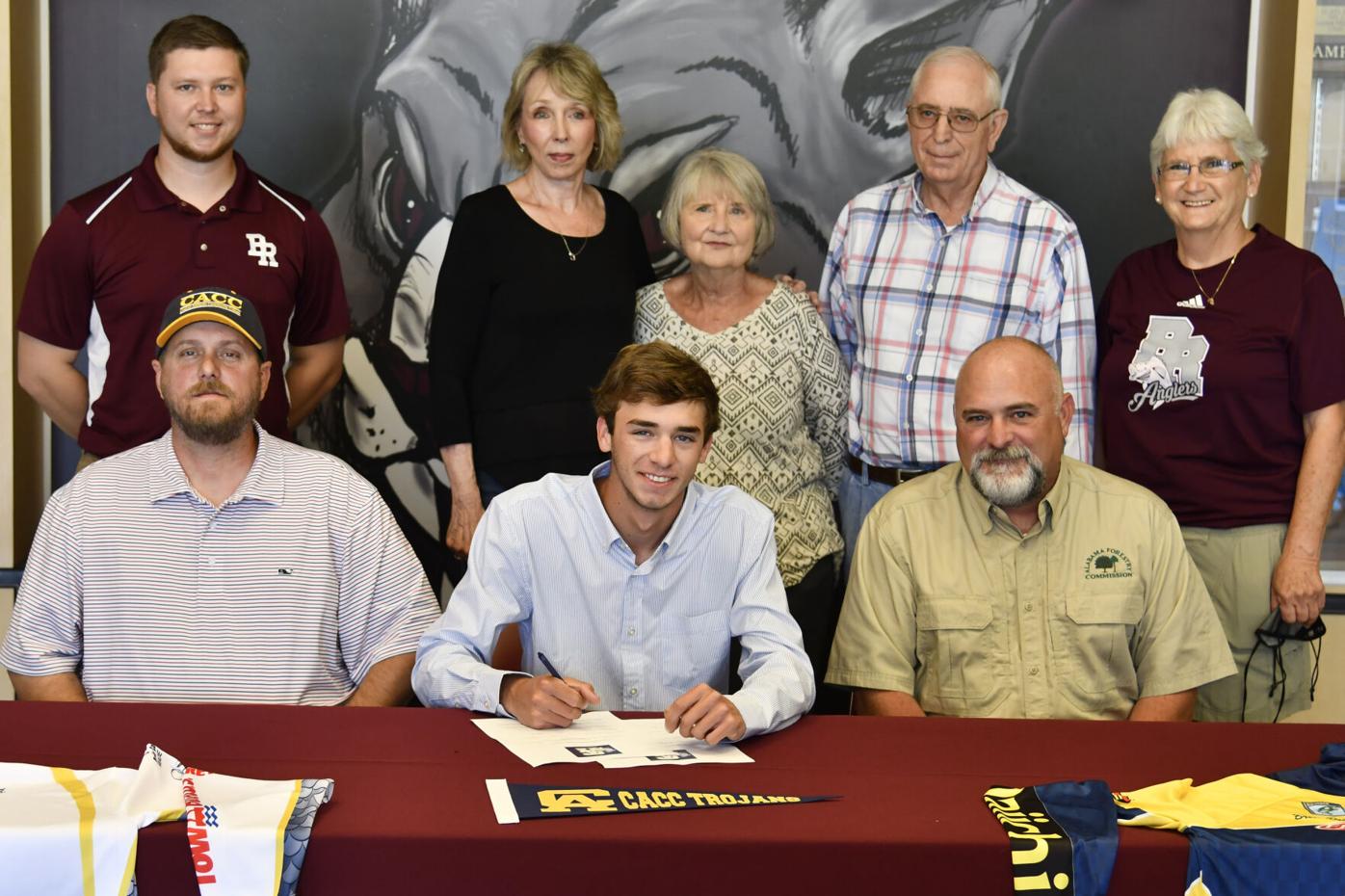 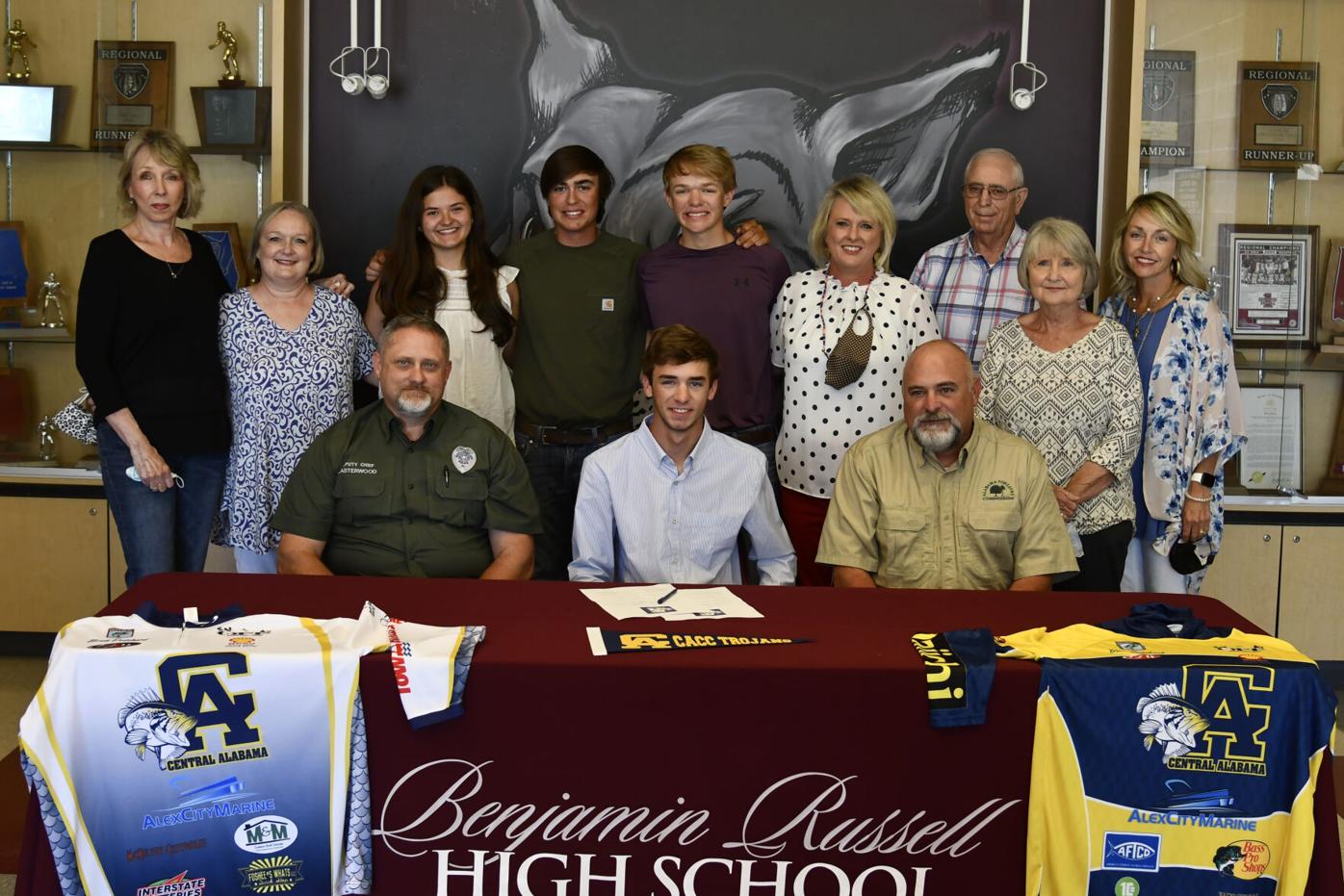 Benjamin Russell senior angler Jackson Kelly made it official Wednesday morning as he signed to continue his academic and athletic career at Central Alabama Community College.

Kelly signed to CACC as the first senior from BRHS to make his decision, although other BRHS graduates have gone on to fish with CACC as walk-ons.

“We’ve had several from Benjamin Russell that’s went on to fish at several places or even maybe even CACC eventually on their own,” Williams said. “He’s the first one that went ahead and declared, filled out the applications and stuff and determined before his senior year was over that he was wanting to go somewhere college wise and fish.”

Williams says that Kelly is the perfect example of what the BRHS fishing program is.

“Jackson came in as a ninth grader and was a sub on our team, wasn’t even on the team. He filled in a couple of tournaments when we had some people out but I remember some of our first conversations with him and his dad was they didn’t know a lot about bass fishing,” Williams said. “He’s just a great example of what three years of hard work will do. He’s put in the work and the time. Out practicing even when it wasn’t required and as you’ve seen over the last two years especially, he went from being a fill-in as a sub to being on the team to being one of the highest finishing on the team. He’s won more awards, tournaments and scholarship money than anybody in our program has ever won. He’s done a fantastic job. Just a perfect example for somebody coming up through our program.”

PUBLIC NOTICE NOTICE OF APPOINTMENT TO BE PUBLISHED BY PE…

PUBLIC NOTICE The assessed valuations of all property in …