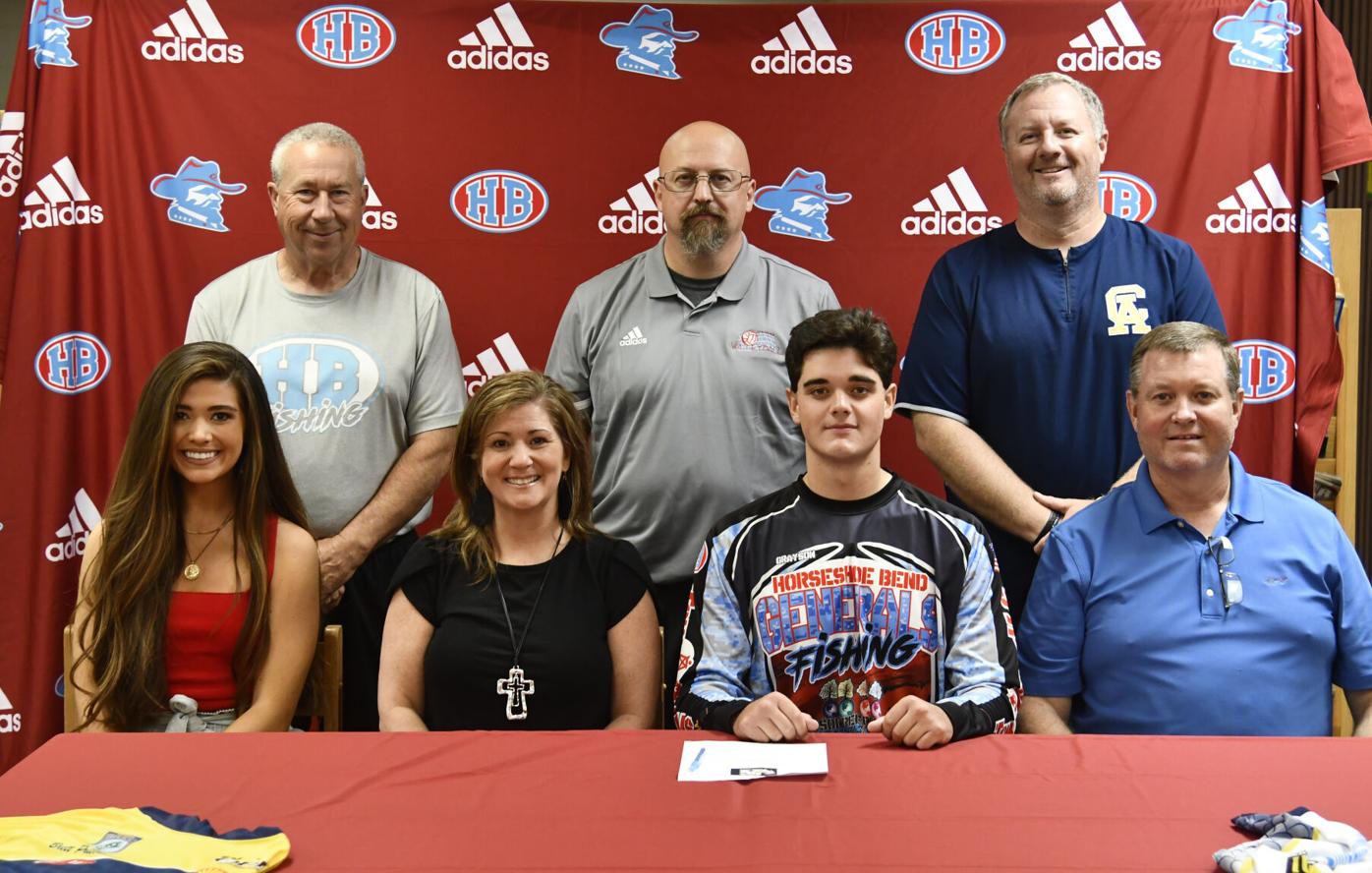 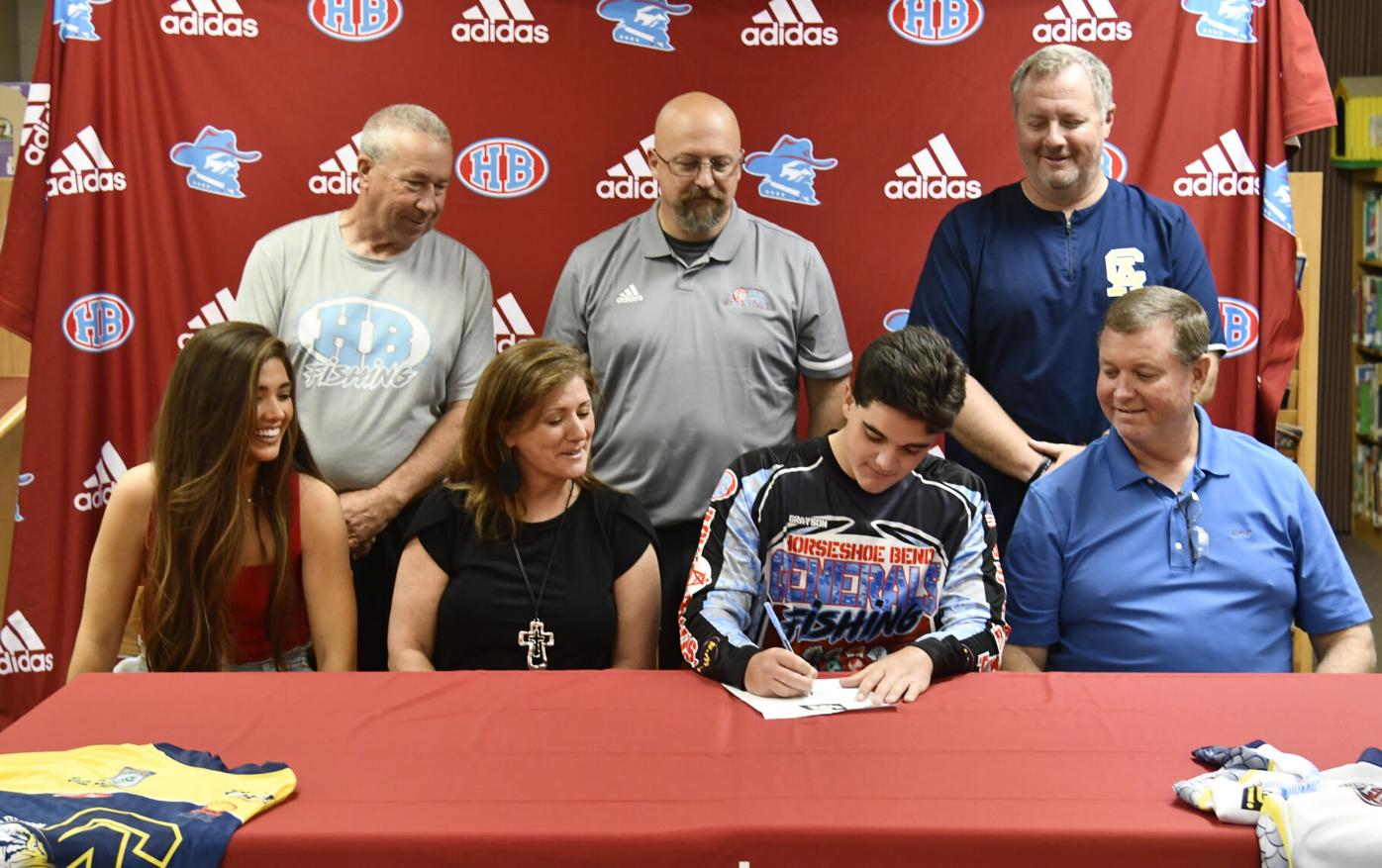 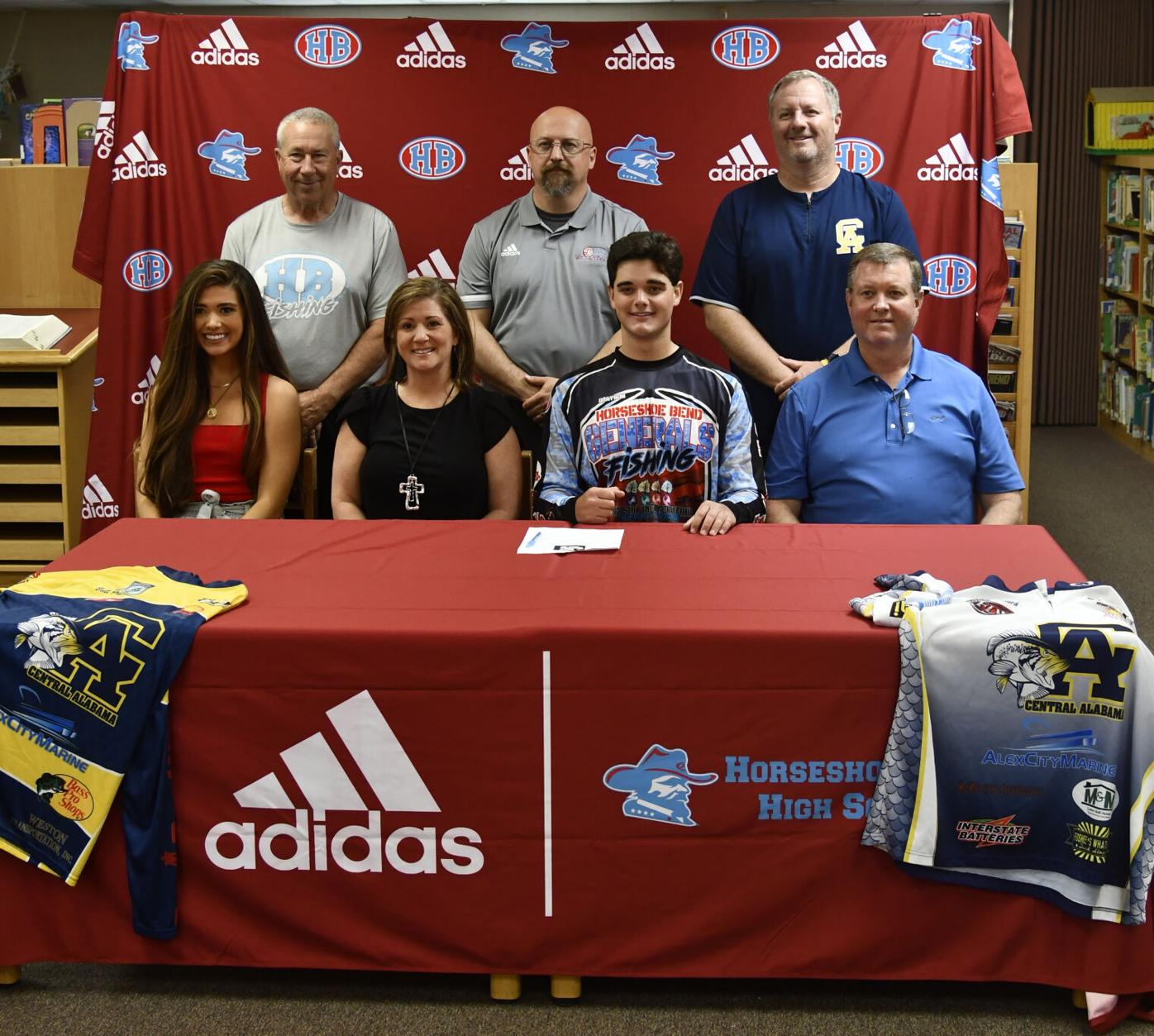 It wasn’t a long career for Horseshoe Bend’s Grayson Walls, but it was rewarding as he signed to Central Alabama Community College to continue his academic and athletic career in fishing.

The commitment and signing comes a week after Benjamin Russell’s Jackson Kelly also signed, marking another first for a program.

Horseshoe Bend was virtual Wednesday due to the storm damage that came through Tallapoosa County but the signing still happened on school grounds with family, coaches and principal Dr. Tom Cochran.

After the event, Walls says that he’d have loved to have his teammates there with him for the event.

“It was tough to have a virtual day but it’ll work itself out,” Walls said with a laugh.

Horseshoe Bend has only had their bass fishing program for the past three years and Horseshoe Bend head coach David Caldwell says that Walls was one of the first ones on the team when the program started.

“It’s great,” Caldwell said. “For our fishing program it’s the first signee that we’ve had. Hopefully this will open the doors for future people that can see now that not only through traditional sports, you can also sign for fishing. Who wouldn’t want to sign a fishing scholarship? So that’s great and we’re thankful for CACC supporting our local kids too.”

Walls says that his signing sets a precedent that he hopes his teammates can follow through with and look up to, match or even exceed.

“If they did better that’s even better than me, they go higher,” Walls said. “I just feel like that’s a good thing to set an example for all these younger ones. I try to coach them as best as I can and help them out on their journey in fishing.”

Walls’ had to learn how to fish on his own. In the end, it led to him becoming a key component to Caldwell’s program.

“He and his family has been very supportive both financially and every time we’ve needed help, they always helped,” Caldwell said. “He’s a great kid so we’re excited for him and staying local too. The best part of that is that we’ll be able to see him some, so that’s good.”