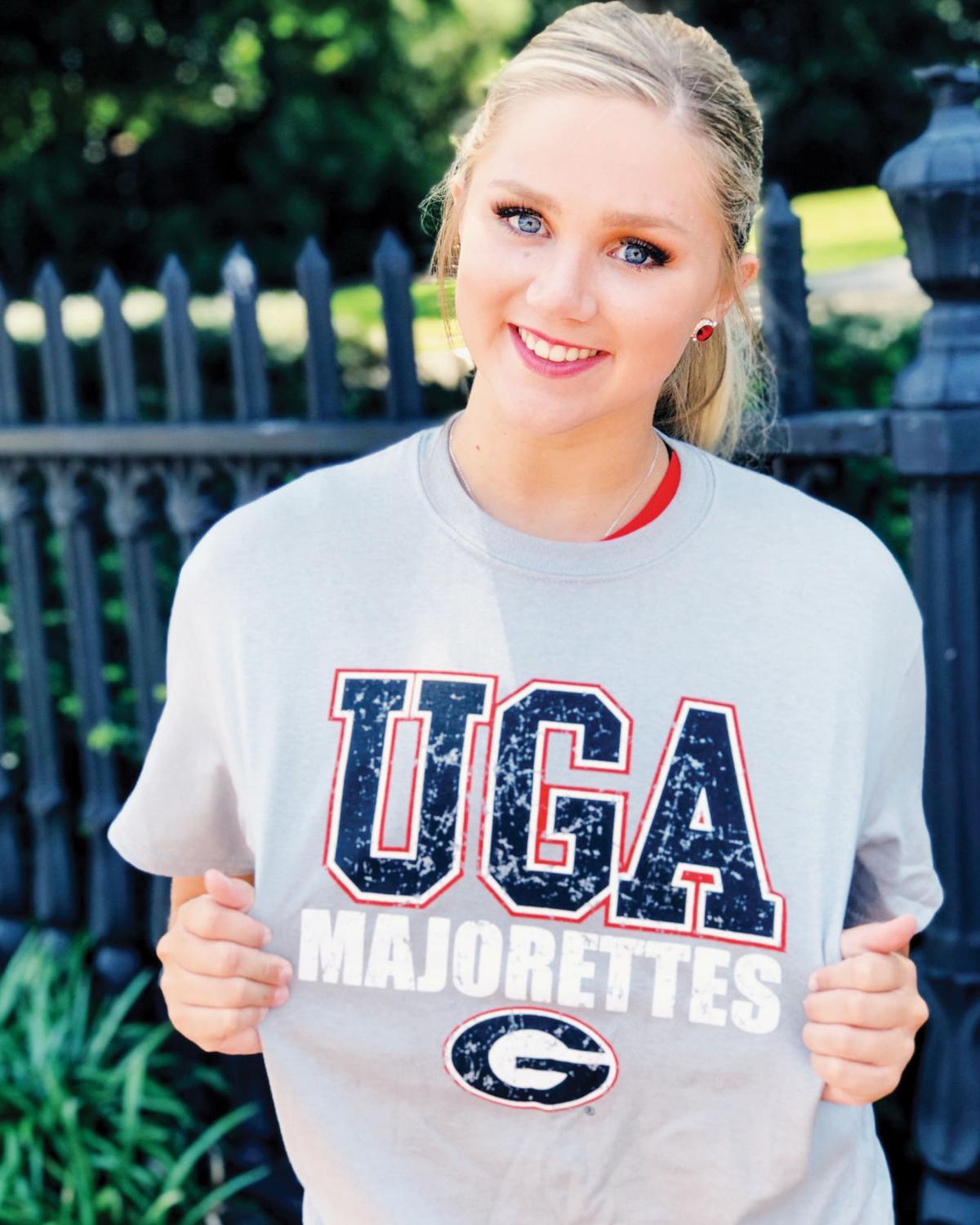 Submitted / The Outlook BRHS grad Erin Smith was selected as one of 10 students to join this year’s prestigious University of Georgia majorette line. 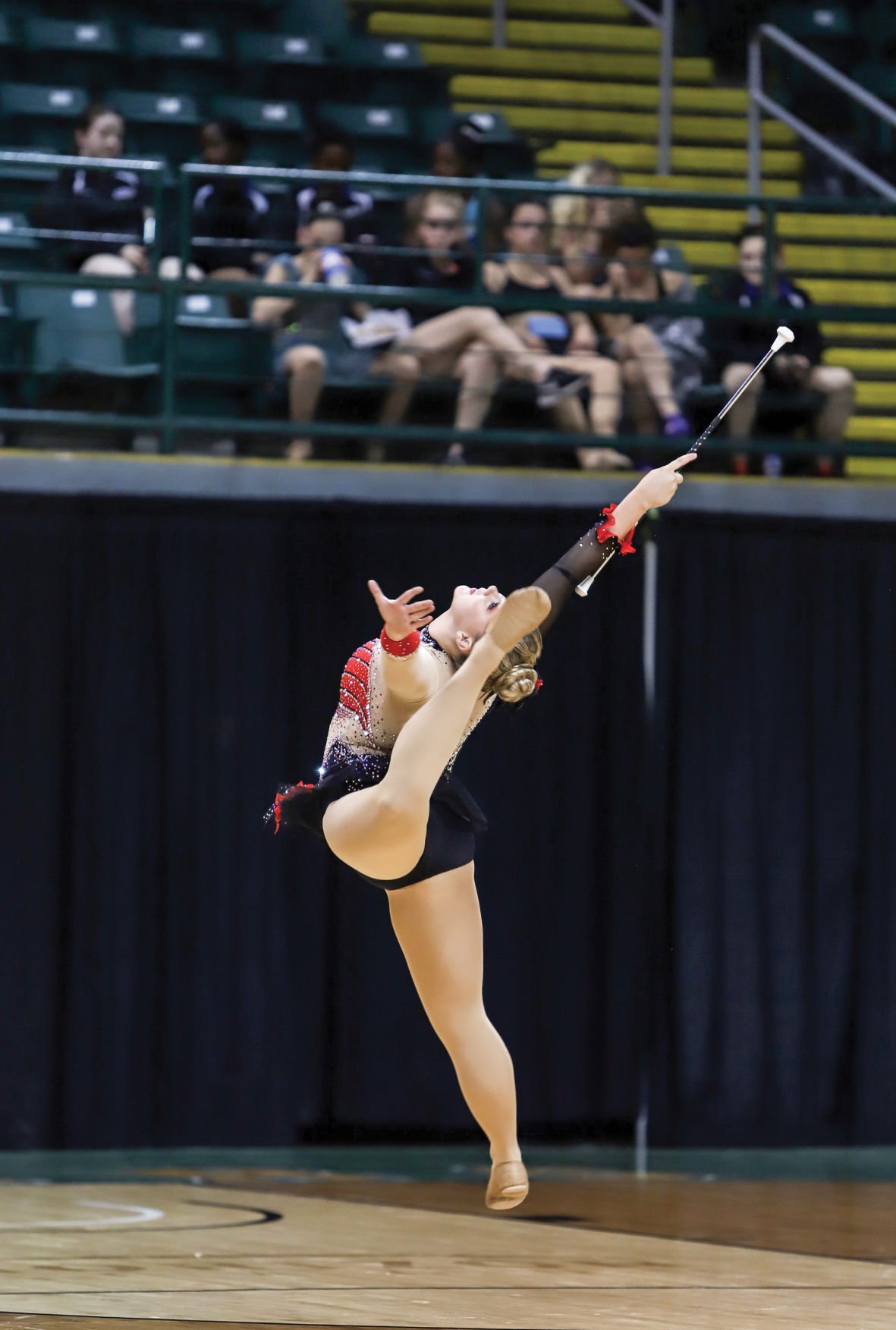 File / The Outlook BRHS grad Erin Smith has been twirling since she was 6 years old and is excited to join the UGA majorette team in the fall.

Submitted / The Outlook BRHS grad Erin Smith was selected as one of 10 students to join this year’s prestigious University of Georgia majorette line.

File / The Outlook BRHS grad Erin Smith has been twirling since she was 6 years old and is excited to join the UGA majorette team in the fall.

Benjamin Russell graduate Erin Smith always dreamed of becoming a University of Georgia majorette since she first laid eyes on the team as a child. Now that dream is coming true as Smith was selected as one of 10 students to join the prestigious squad.

“When I found out, I was so excited,” Smith said. “It was a big relief because it was such a long process but just to know I finally made my goal was exciting.”

Due to the coronavirus pandemic, initial tryouts for the team included a video-submitted entry. A panel of judges then selected applicants from those videos to participate in live callbacks, which took place about two weeks ago.

“It is a very big deal to be on the UGA majorette line,” Smith said. “Since I was little, I wanted to be a UGA majorette. I remember the first college football game I went to looking at them and being like, ‘That’s what I want to do.’”

UGA was not only Smith’s first choice for athletics but also for academics.

“I wanted to go to UGA no matter what but it’s really hard to get in,” she said. “So I applied to Mississippi State because I originally got wait listed at Georgia. So it was a process of figuring out, ‘OK, if I don’t get into Georgia, I’ll try out at Mississippi (State).’”

Smith received her acceptance letter to UGA days before the Mississippi State video tryouts were due so she decided to not even submit one.

“Georgia’s been my first choice since Day 1,” she said.

Members of the majorette line have to tryout again each year, so Smith was competing against UGA seniors and others who have previously been on the team, making her acceptance even more remarkable.

Smith has been twirling since she was about 6 years old as her mother, Angie, was a majorette at Benjamin Russell when the program still existed and also twirled at Auburn University. She was exposed to the sport early and immediately fell in love with it.

Without a team at BRHS, Smith has been traveling to Auburn for practice at Rising Starz, where she also does competitive dance. She has competed on national teams and last year competed internationally at the International Cup in Limoges, France, hosted by the World Baton Twirling Association.

The two-week competition welcomed competitors from 19 countries and was combined with the Grand Prix where Smith also competed with U.S. Team Intrepid. Team Intrepid placed seventh overall out about 30 teams and behind all six Japanese teams. Smith returned home with a top-10 win for two-baton and a silver medal in artistic pairs.

She was also the 2019 Miss Majorette of Alabama in the senior category, another dream of hers since she began competing.

Zoom practices and virtual meeting start this weekend for Smith and the rest of the UGA majorette line and band camp starts on campus Aug. 12.

“We haven’t heard anything whether there will be any precautions but I’m sure there will be,” she said. “We will move in and start with band camp but that’s all I know as of now.”

Having achieved her first big goal of being a part of the UGA team, Smith’s next step is to try out for a feature twirler position in the coming years.

“That’s my next goal is to be a feature twirler,” she said. “But I am super excited I am a majorette. The first goal was to make the line and I will work up to feature.”