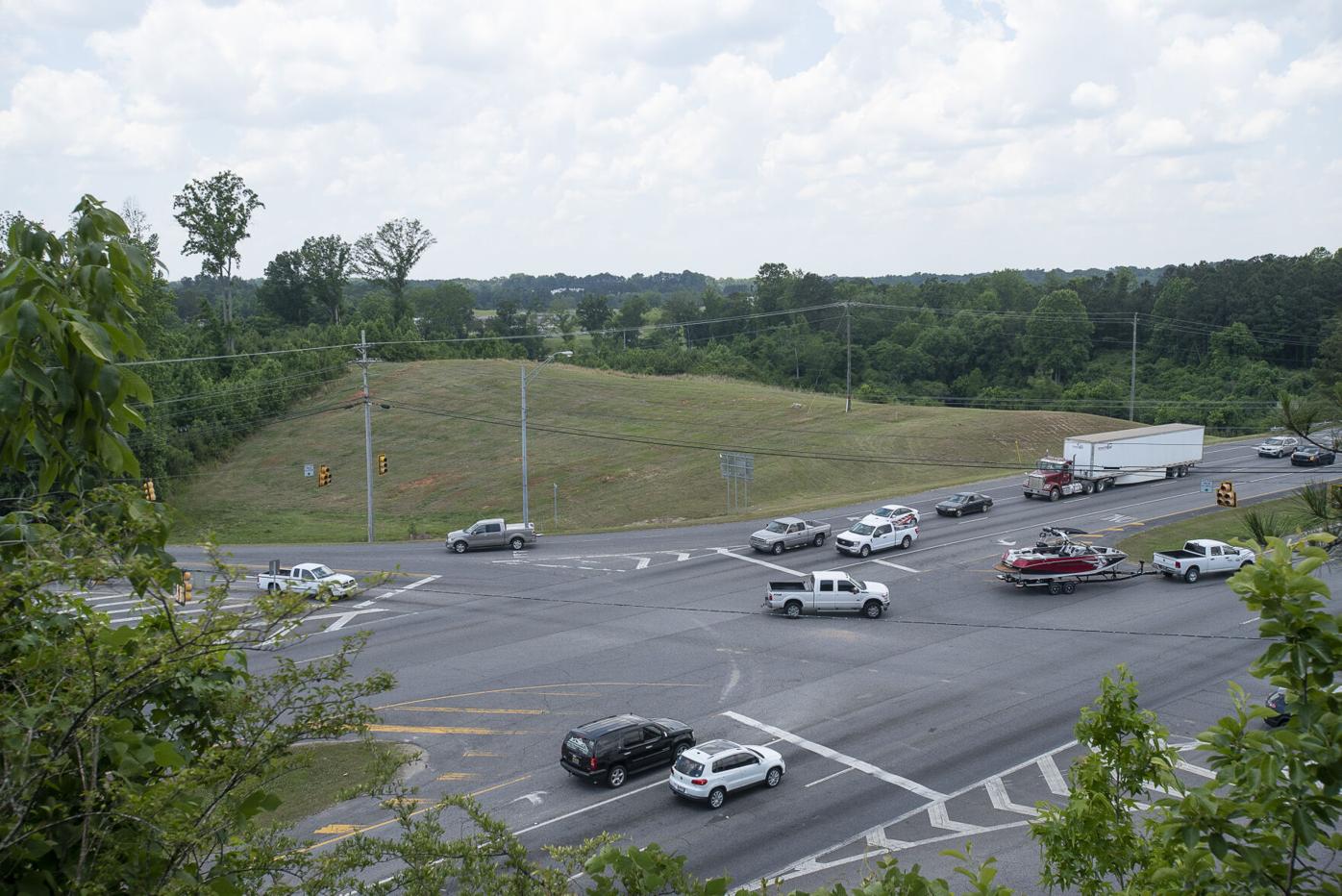 Cliff Williams / The Outlook The lot on the southwest corner of the intersection of U.S. Highway 280 and Highway 63 is the subject incentives for development at a Tuesday Alexander City City Council meeting. 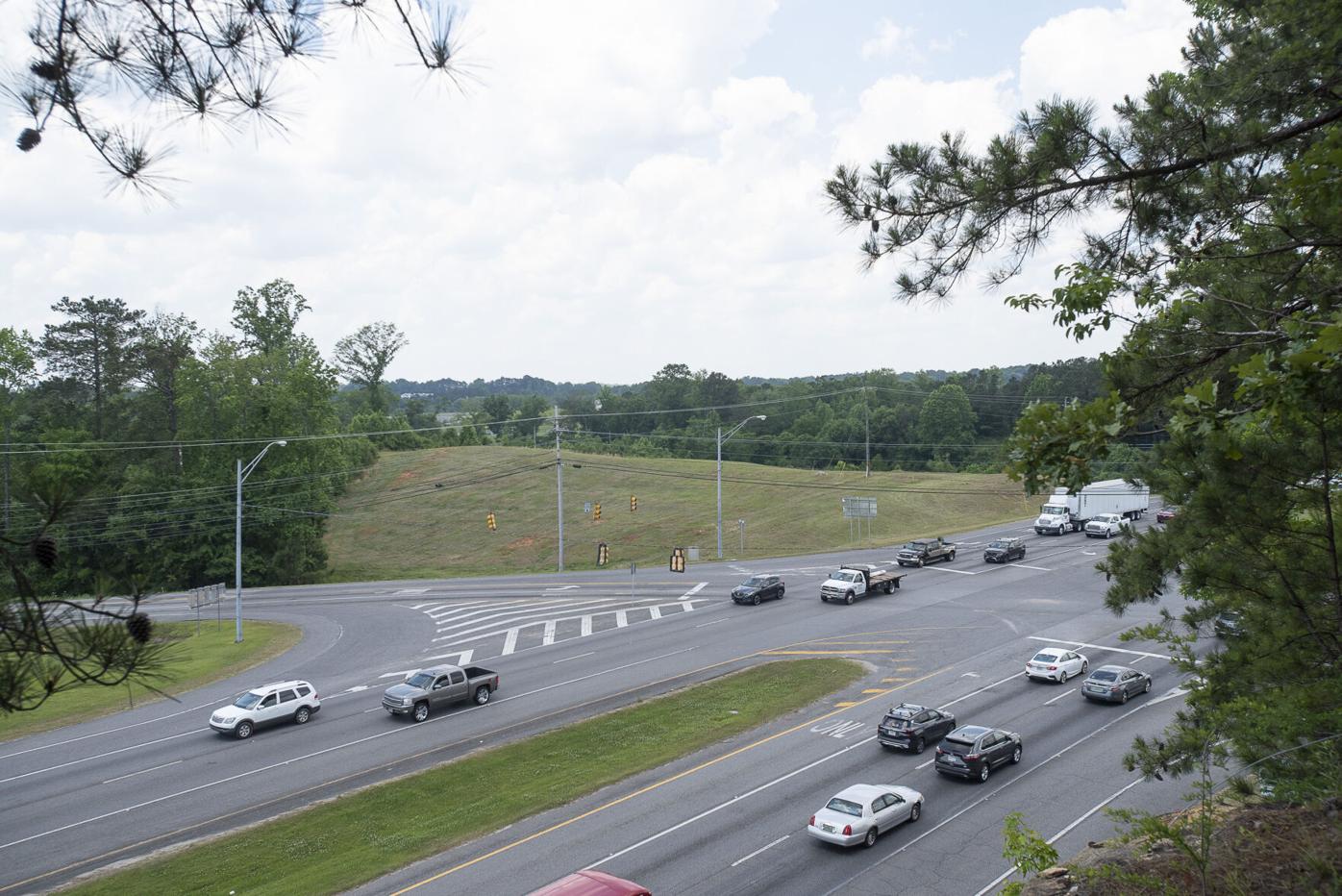 Cliff Williams / The Outlook The lot on the southwest corner of the intersection of U.S. Highway 280 and Highway 63 is the subject of discussion for incentives for development at a Tuesday Alexander City City Council meeting. 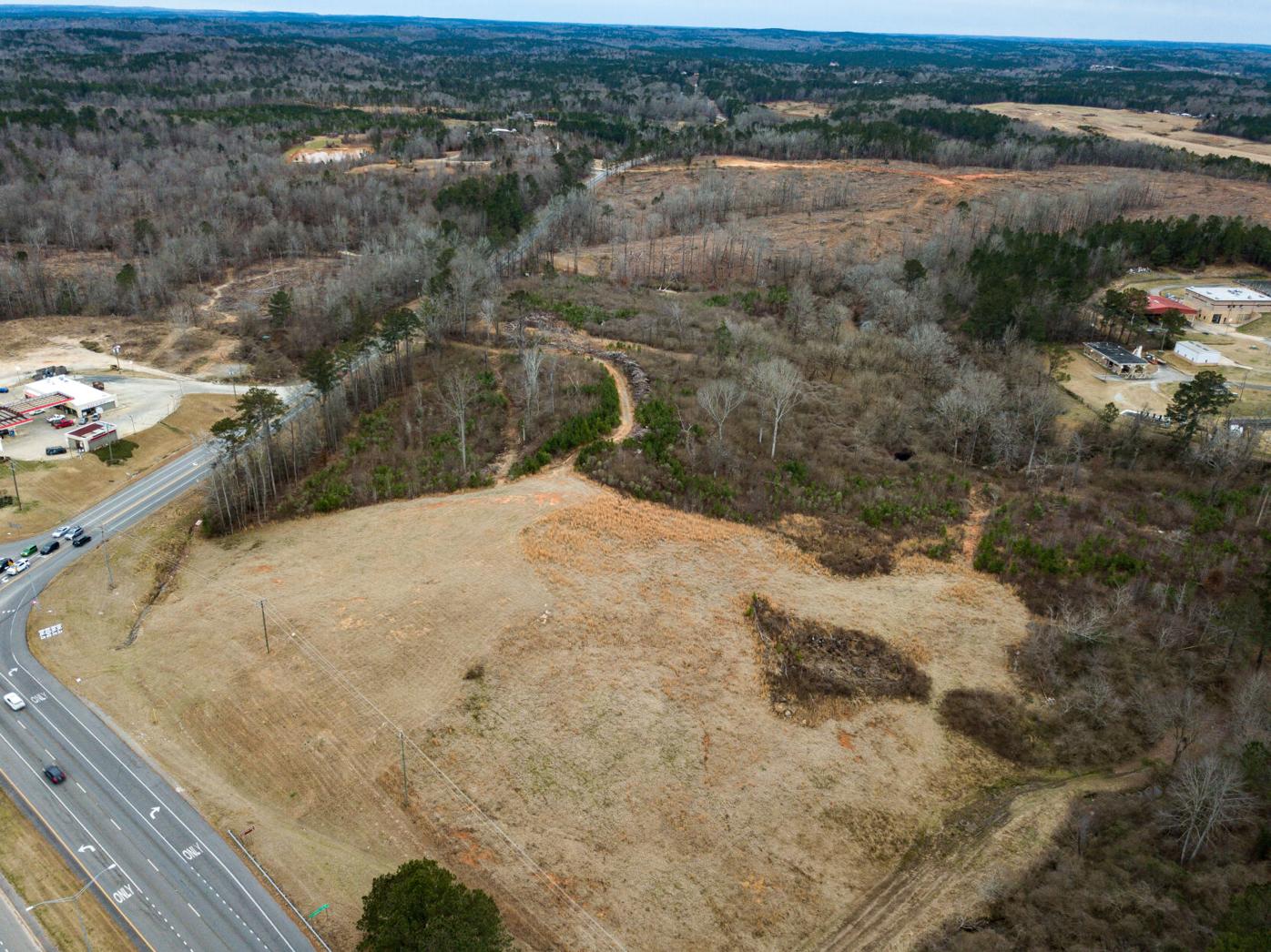 The Alexander City City Council is set to approve up to $7.5 million in incentives with no cash outlay by the city for a retail and commercial development at a special called meeting June 1.

Alex City Development LLC is proposing a new grocery-anchored shopping center at the intersection of U.S. Highway 280 and Highway 63.

A legal advertisement taken out in The Weekend Outlook by Alexander City gives notice of the June 1 meeting with a hearing and resolution authorizing a project agreement between the city and Alex City Development LLC. The legal advertisement also lists affiliates in the project as RE Venture Investments LLC of Birmingham and JWA Ventures II LLC of Montgomery are listed as affiliates of Alex City Development.

The Alabama Secretary of State lists the registered agent for JWA Ventures II as James W. Wilson III. Wilson is chairman of the board and CEO of Jim Wilson & Associates (JWA) of Montgomery who is tied to most of the development in Eastchase in east Montgomery. Several executives listed on its websites have been seen in several of the executive sessions the city council has held in the last few months.

On its website JWA has listed Publix as an anchor store in two of its more recent developments, 2020 in Macon, Georgia and earlier this year in McDonough, Georgia. Both developments have listed other stores and restaurants including Great Clips, Cake n Shake and Graffiti’s Pizza.

City officials, officials with the Alexander City Chamber of Commerce and with Alex City Development would not announce any of the stores coming to the development set to start construction at the beginning of 2022 with an anticipated opening of the second quarter of 2023.

“Due to confidentiality agreements, the names of the retailers cannot be revealed at this time,” Evan Conder of Alex City Development said. “However, we look forward to a formal announcement in the future.”

A future phase of the development calls for a 22,000 square foot junior anchor store.

The notice says the agreement will have the city pay up to $7.5 million over 10-years to cover the cost of site work, drainage, utility including sanitary sewer and various other infrastructure improvements necessary for the development with funds coming from future sales tax collected at the development. The development is listed to be along a major business corridor on about 30 acres of land.

“The development will cost approximately $25 million dollars,” Conder said. “An economic incentive in the form of a share of sales tax generated by the development excluding sales tax going to the schools, roads and the Charles E. Bailey Sportplex is necessary to fund the extraneous site costs and to attract multiple retailers to the market.”

The city council requested an incentive structure that posed no liability to the city, no out of pocket payment from the city, and a cap on the incentive.

“The developer will bear the financial risk of constructing and leasing the project in exchange for a sales tax share of the general sales tax excluding sales tax going to the schools, roads and Sportplex over a ten-year period.”

A 10% sales tax is collected in Alexander City. The State of Alabama gets 4% and Tallapoosa County collects 2% for education. Alexander City collects 4% with 2.75% going to the general fund and 1.25% is earmarked, .25% to education, .5% to roads and .5% to the Sportplex. The sales tax rebate for the project only applies to the 2.75% pointed at the city’s general fund and collected from future sales at the development.

The City of Chelsea gave developers $6.9 million in incentives to develop a 51-acre site with Publix as its anchor that opened last year.

Alex City Development said the project will benefit the area for years to come.

Alexander City has courted Publix for several years. In 2019, Publix informed city leaders of the decision through developer JWA who is associated with the current negotiations.