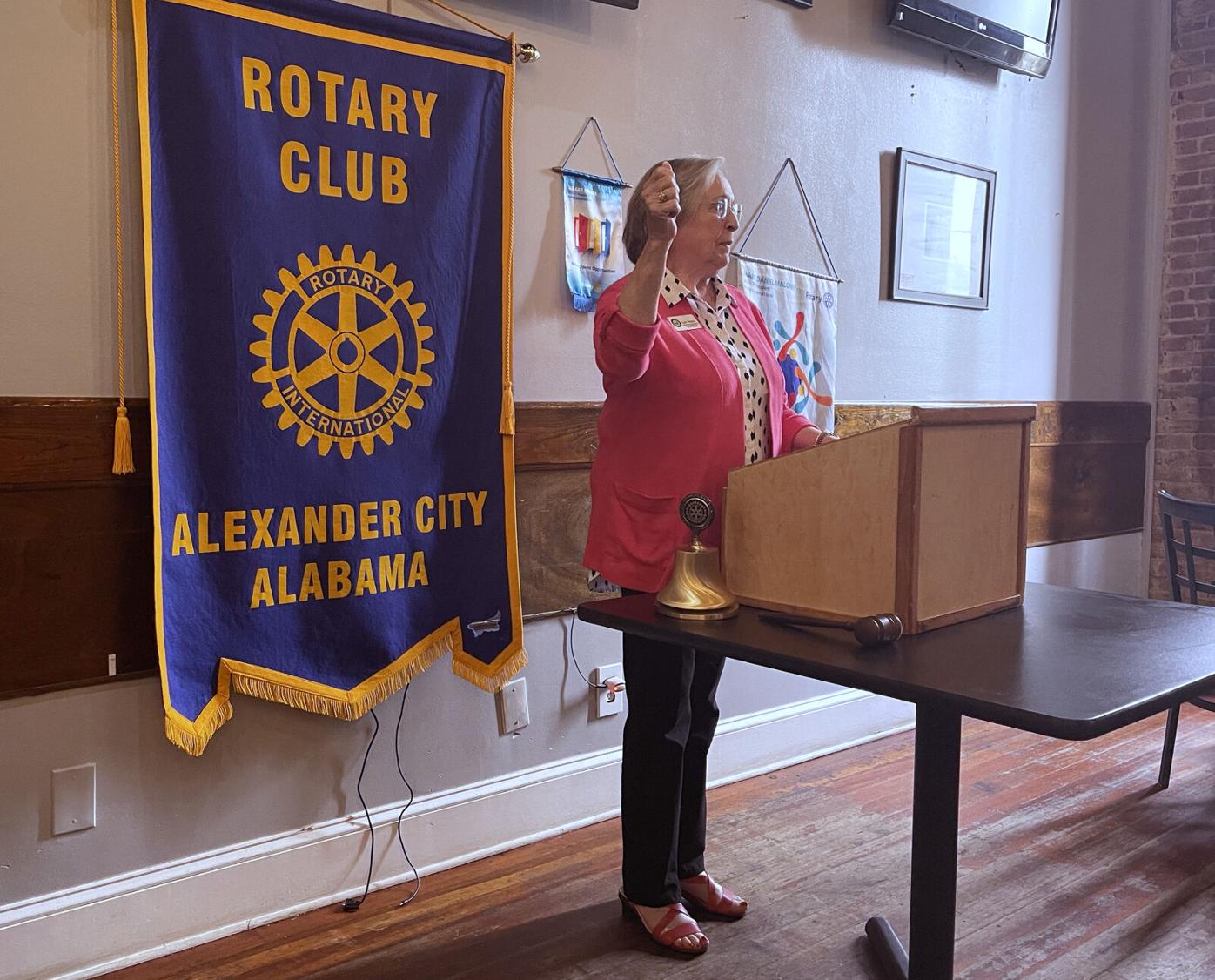 Cliff Williams / The Outlook Lee Vanoy explains the duties of the field offices of members of the U.S. House of Representatives to the Alexander City Rotary Club Monday. Vanoy is a field representative for U.S. Rep. Mike Rogers and said the office can help residents with a number of issues. 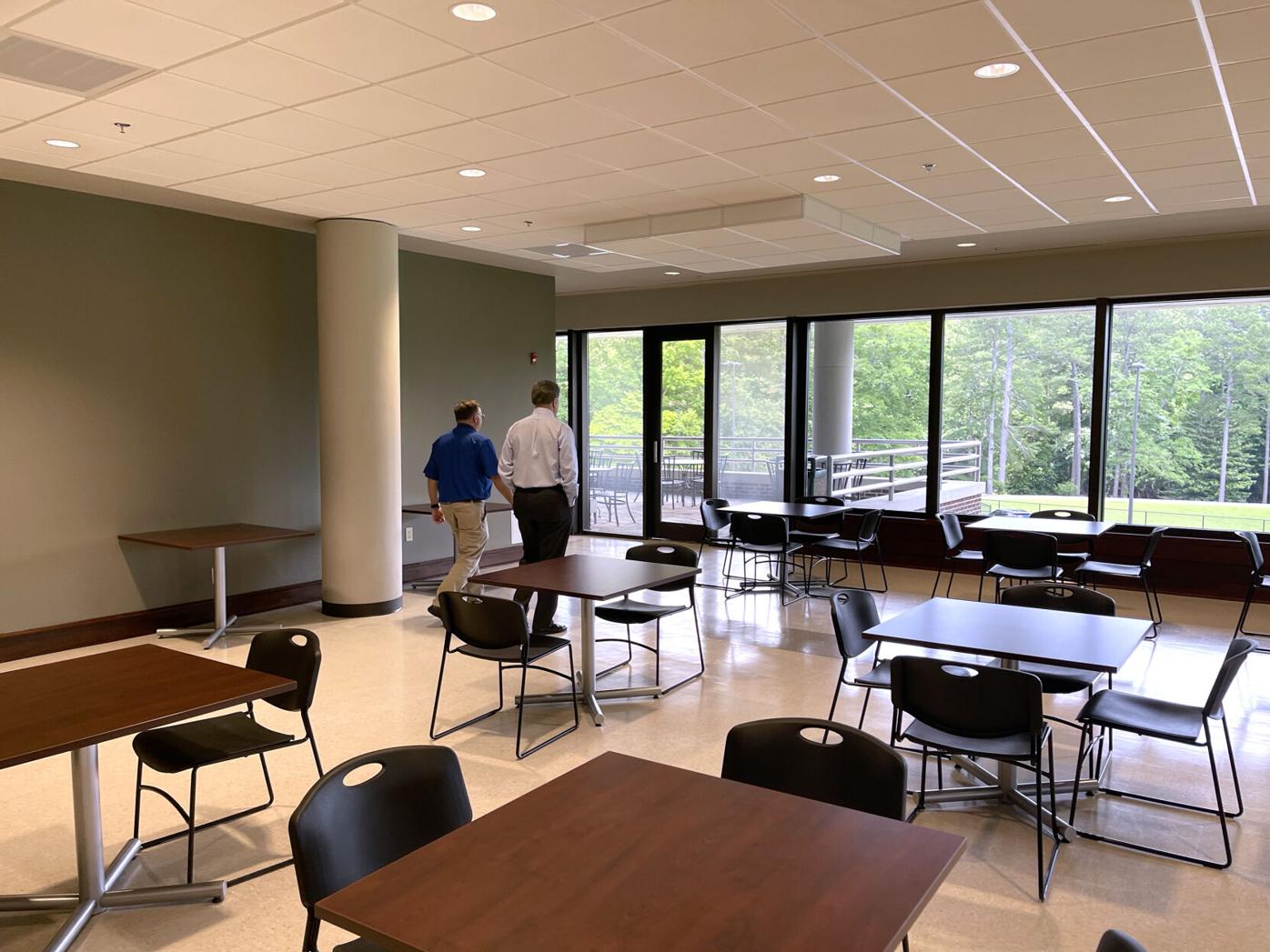 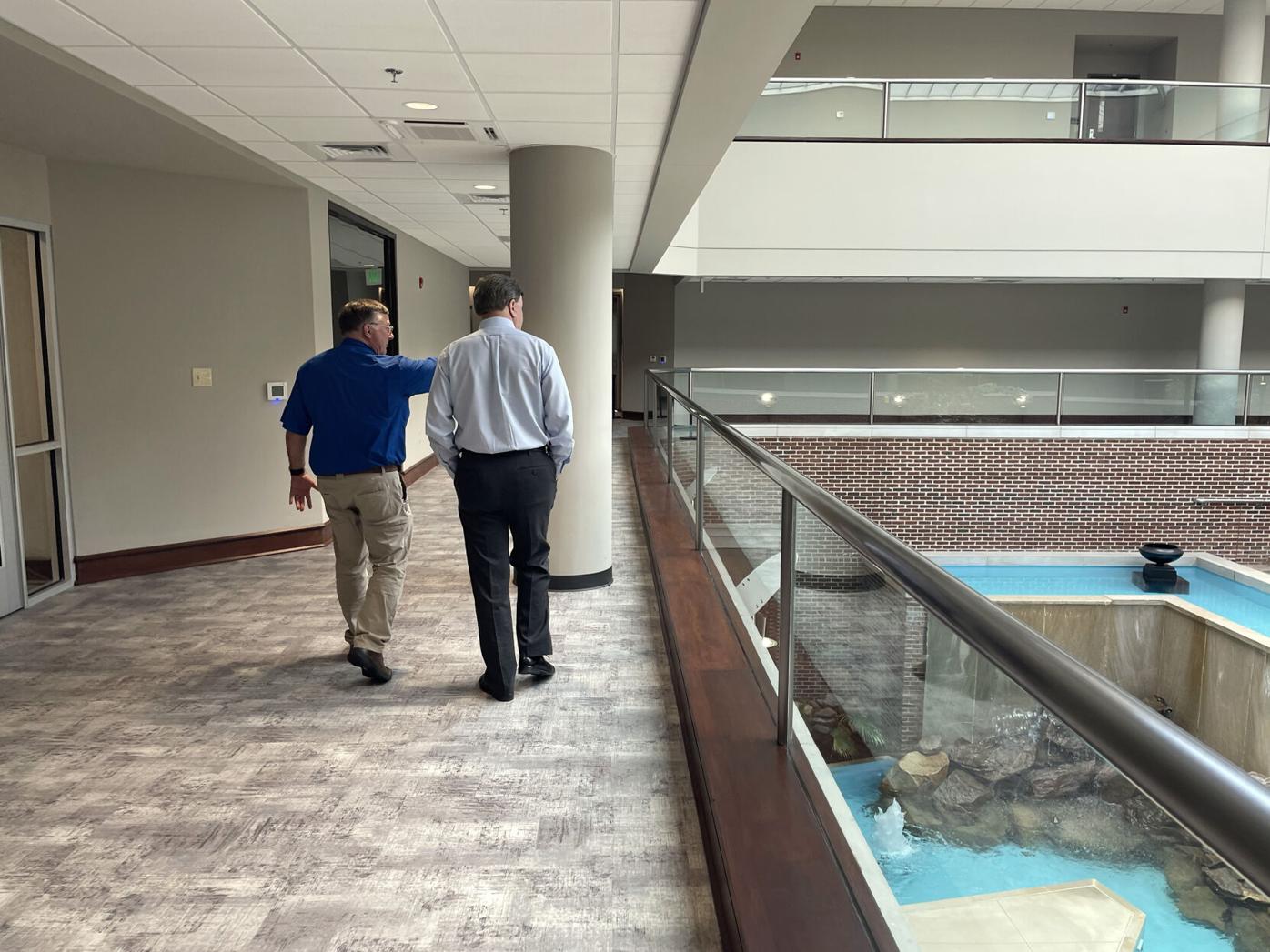 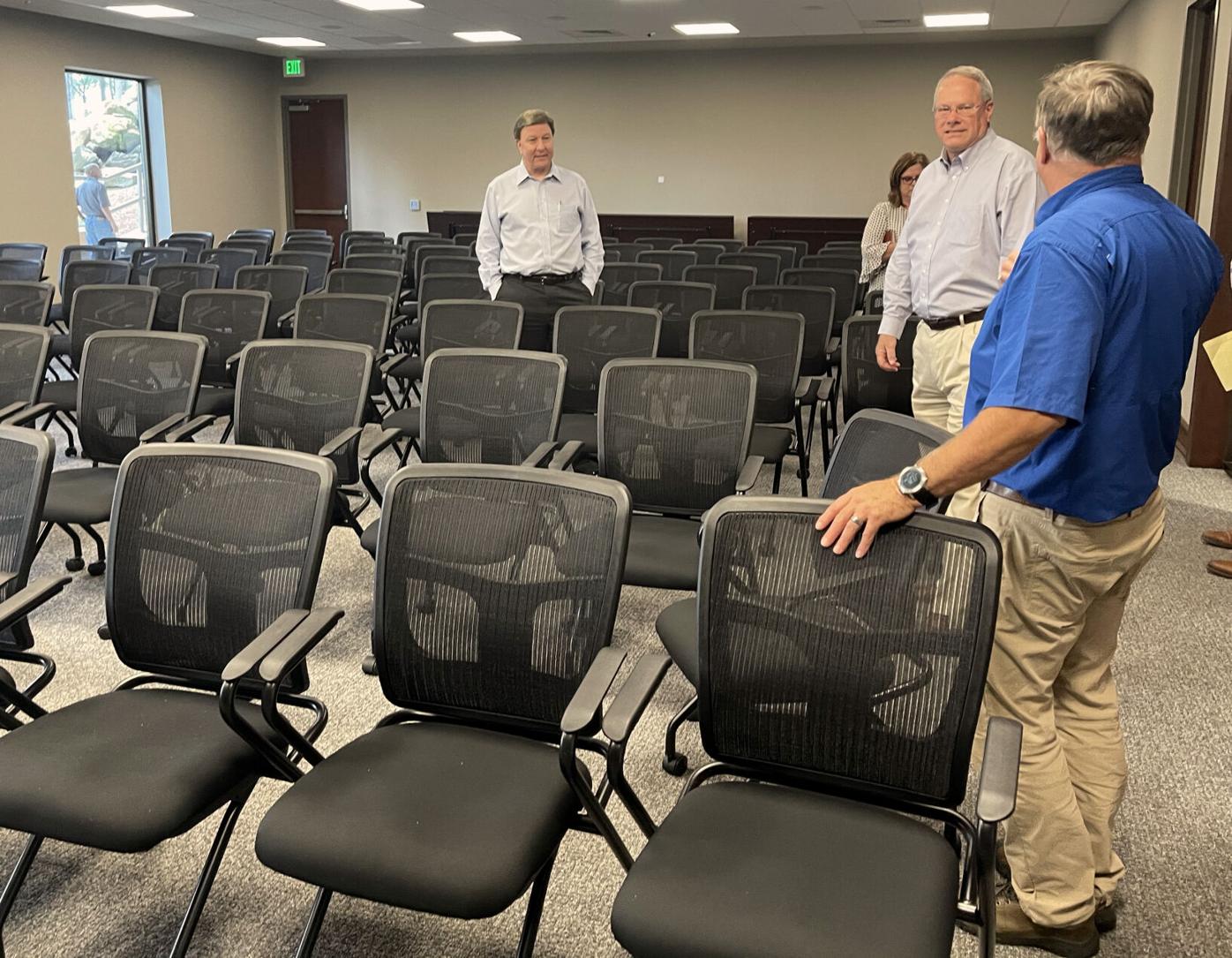 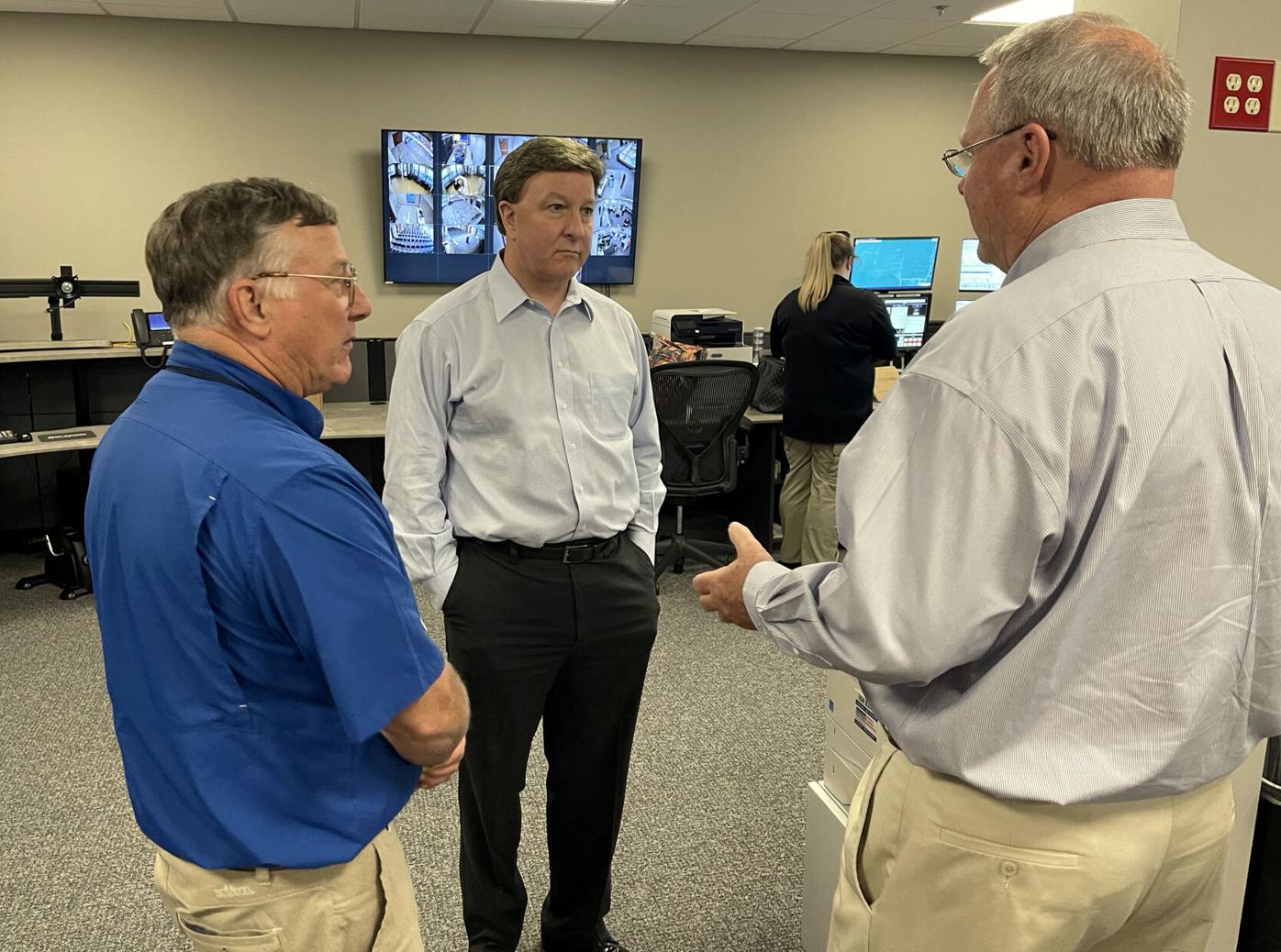 Cliff Williams / The Outlook Lee Vanoy explains the duties of the field offices of members of the U.S. House of Representatives to the Alexander City Rotary Club Monday. Vanoy is a field representative for U.S. Rep. Mike Rogers and said the office can help residents with a number of issues.

Some people think congressional offices are rife with politics of red and blue.

But they serve a very different purpose. Congressional offices offer help to those who need it in communicating with various government agencies.

Lee Vanoy is a field representative for Alabama District 3 U.S. Rep. Mike Rogers (R-Annistion). Vanoy’s job is to serve everyone regardless of politics.

“The Congressman has 13 counties in his district,” Vanoy told the Alexander City Rotary Club. “We have two district offices and somebody from those district offices goes into those counties at least once a month. We have what we call mobile office hours.”

Vanoy frequently travels to Tallapoosa County from her home in Lee County. Her travels here are to meet with the public on a variety of issues to see if the congressional office can help.

“We come because we want to offer the people in the area help,” Vanoy said.

Vanoy said a lot of constituents have been dealing with issues long periods of time before realizing the office can help with issues related to Veteran’s benefits, Social Security issues and Internal Revenue Service issues.

“Sometimes it will be two years someone has been dealing with a federal agency and they just give up,” Vanoy said. “Someone will tell them to contact a congressman’s office. I’m telling you within a week, we get it solved and they have been working on it for two years.”

But those are not the only things Vanoy and others in the congressional office can speed up by putting the constituent in contact with the proper person at a federal agency.

“I learned not long ago we can even get your name off the terrorist watch list if your name happens to be there,” Vanoy said. “It happened to a guy several years ago. He was on a cruise and he happened to have the same name as someone on the terrorist watch list. They called him to the captain’s office. He had a hard time getting off that cruise. When he got off he called his congressman’s office and they got it all cleared up.”

The office can even contact the U.S. Postal Service.

“In another county a guy had a friend of his who knew what I did told him he should call me because the postman refused to leave his mail,” Vanoy said. “I said OK. I think we can handle that one. I promise you I think he had been dealing with it for two years. Almost everything I come into contact with the people have been dealing with it and trying to get it resolved for two years.”

Vanoy explained the issue to the Rotarians.

“This was a house within city limits that when he would go into town, he would go by and eat lunch and maybe lay down to rest a minute, gather his thoughts, do his paperwork and whatever. It was not his primary residence.

“He kept getting a delinquent notice on his water bill that would go to his main address but the water bill for the intown house. He found out the postman was not putting mail in the mailbox. When he called to ask why, the postman said, ‘We don’t deliver mail to an unoccupied house.’”

But the house wasn’t some rundown hut and unkept.

“He keeps the grass cut; he has an extra truck in the driveway and he is there almost every day,” Vanoy said. “He has a refrigerator running. He has electricity and water and that is what the postman told him.”

Vanoy said the solution was simple.

“We just sent a letter to the postmaster there,” Vanoy said. “We explained the situation. A few days later I got a letter back from the postmaster and he said, ‘I drove by that house and you are correct. There is water going there. There is electricity. There is a vehicle in the driveway. The carrier will be dropping his mail there for now on.’”

Issues related to federal agencies isn’t the only thing field representatives and congressional field offices do.

“We want to celebrate with y’all too,” Vanoy said. “There are a couple of really neat things the congressman’s office does. We have written up what is called the Congressional Record.

It is celebrations for birthdays for those 80 and up. During COVID-19 pandemic I did three 100 year olds. We do anniversaries and businesses for 50 and up. We get the information from the individual and have a lady in our D.C. office who has written these things for 20 years or more. The congressman takes them to the floor of the House and it's actually read into the Congressional Record. I think it's so neat.”

And there is more.

“For pretty much the same occasions, we can have a flag flown over the Capitol with a certificate of authenticity that is presented to the individual for the occasion,” Vanoy said.

Just because Rogers is Republican does not mean the services of congressional office are meant for only Republicans.

Inquiries about issues or celebrations can be sent to Vanoy via her email at lee.vanoy@mail.house.gov.

A clear sky. Low around 60F. Winds light and variable.