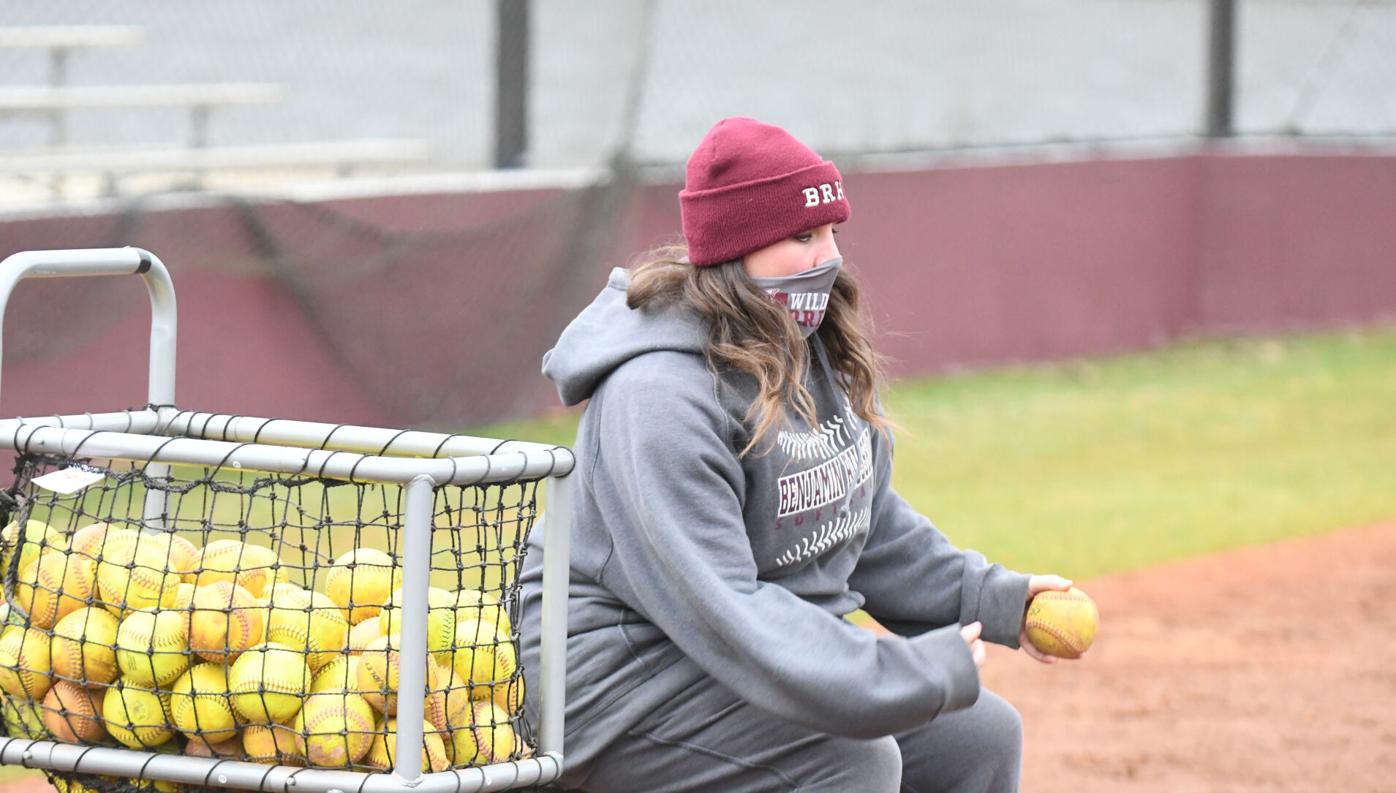 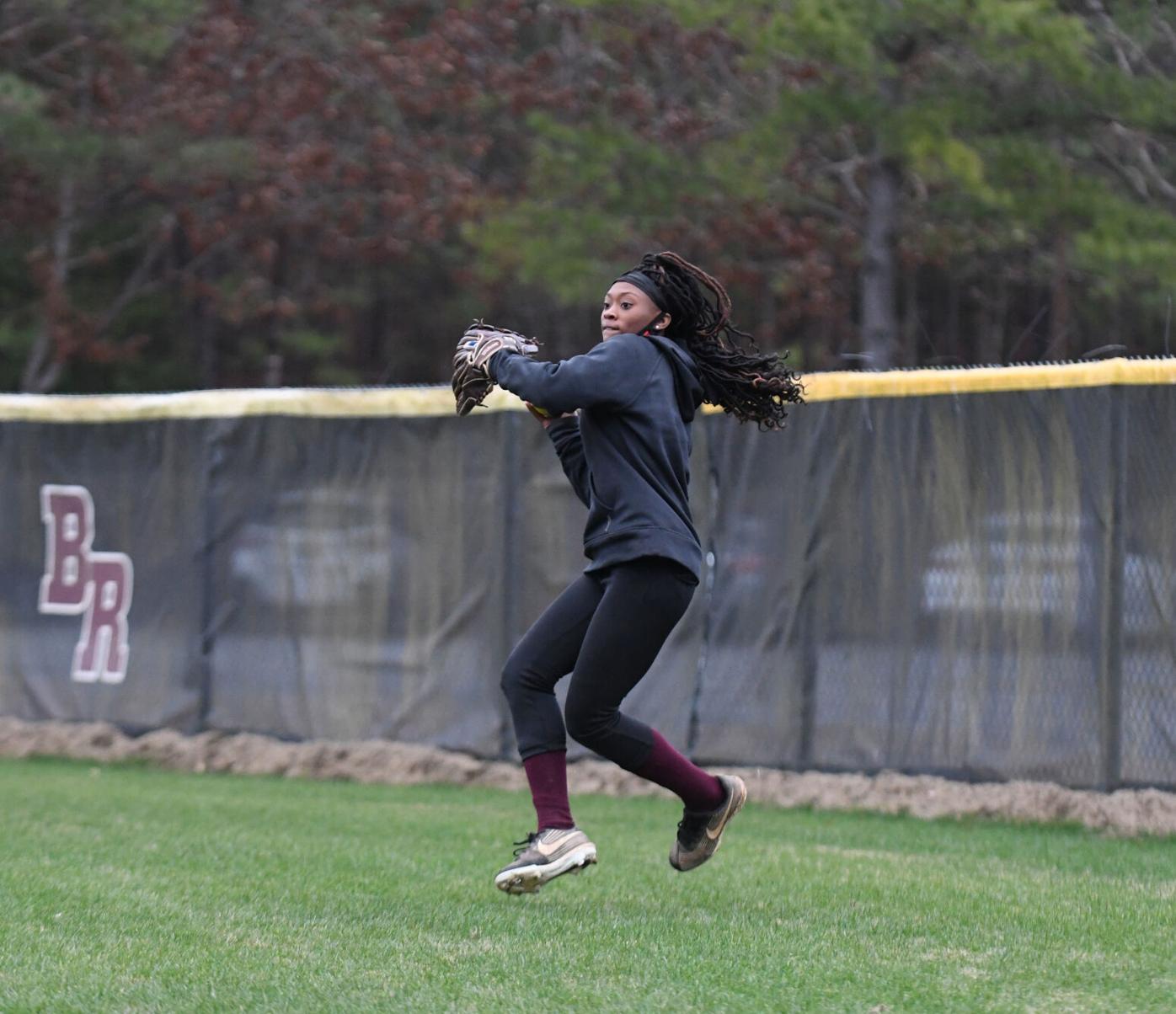 Darius Goodman / Tallapoosa Publishers The hop right before the long throw back across the field during practice for this Benjamin Russell softball player. 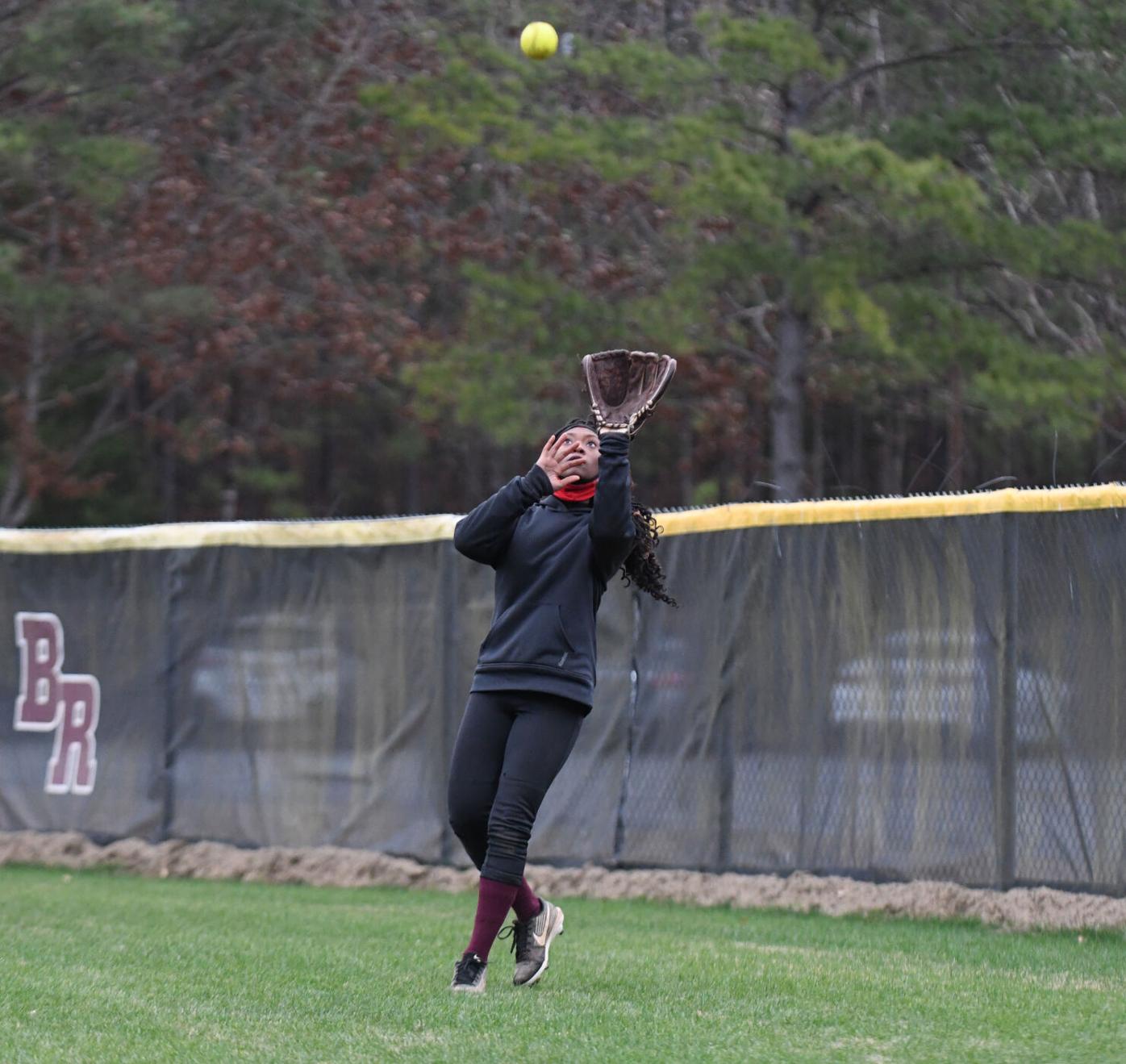 Darius Goodman / Tallapoosa Publishers A focused player tracks the ball to her glove during softball practice. 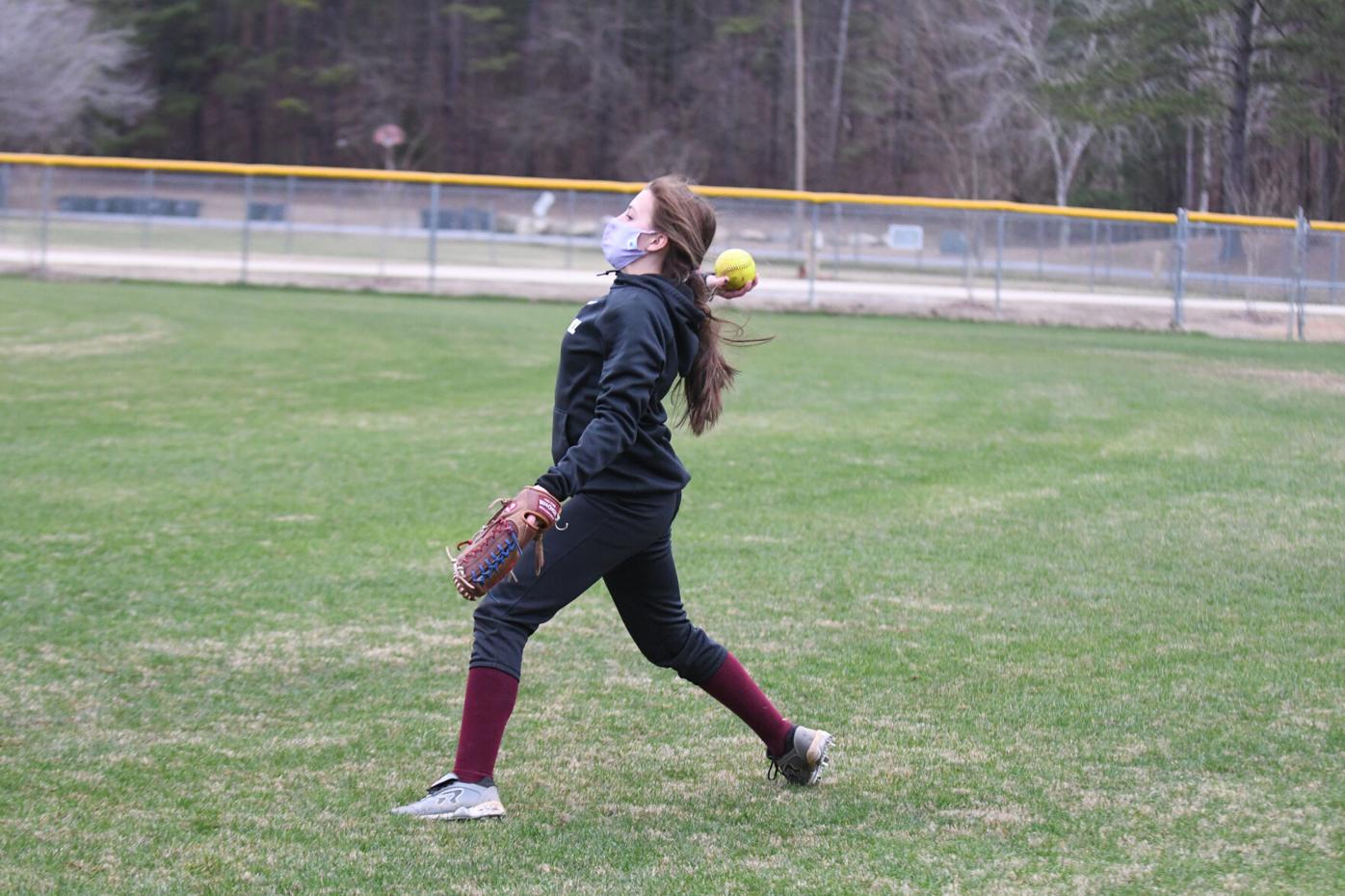 Darius Goodman / Tallapoosa Publishers A Benjamin Russell player prepares to throw the ball back across the field during practice. 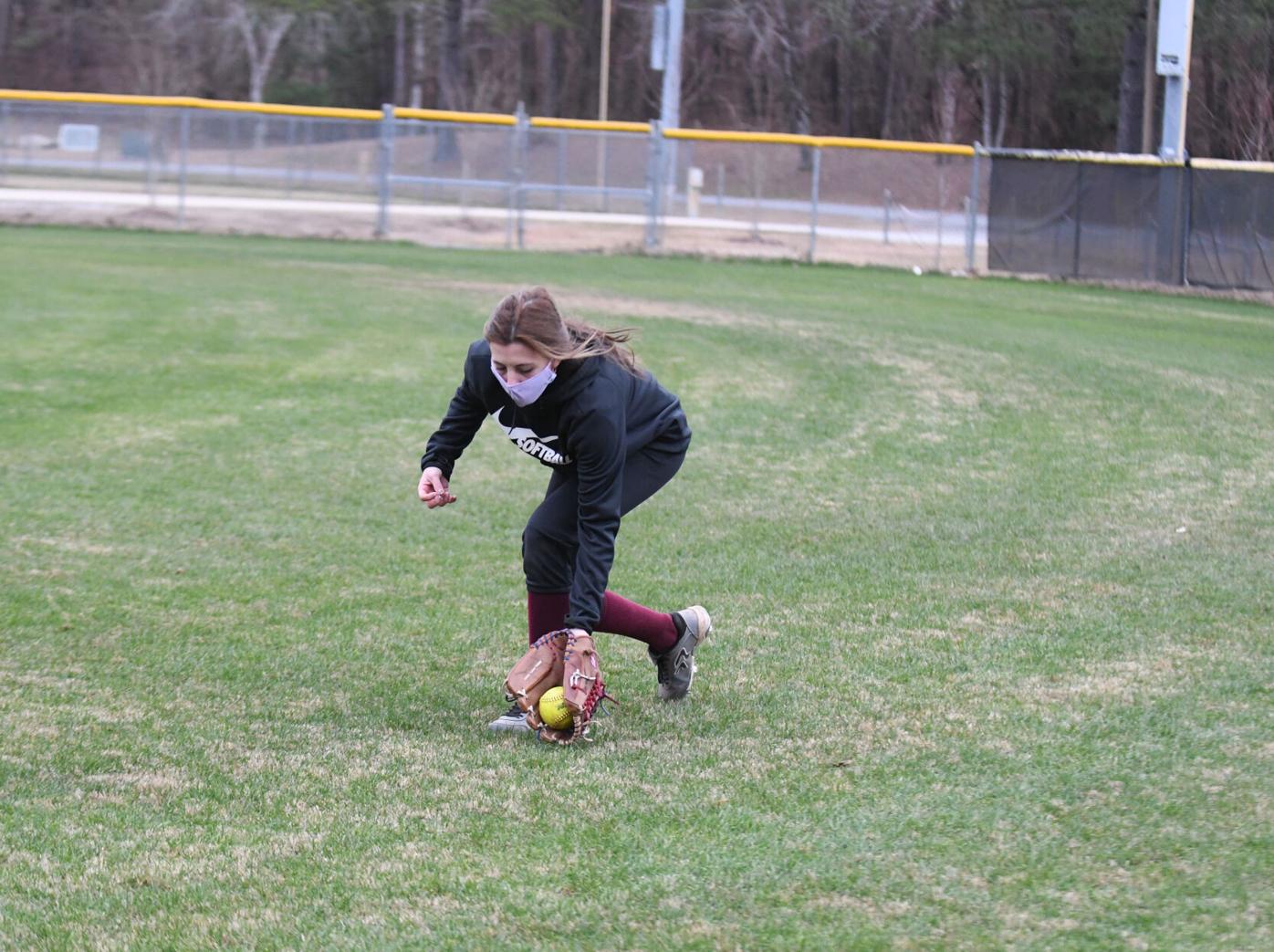 Darius Goodman / Tallapoosa Publishers A Benjamin Russell player gloves the ball just before it hits the ground during practice. 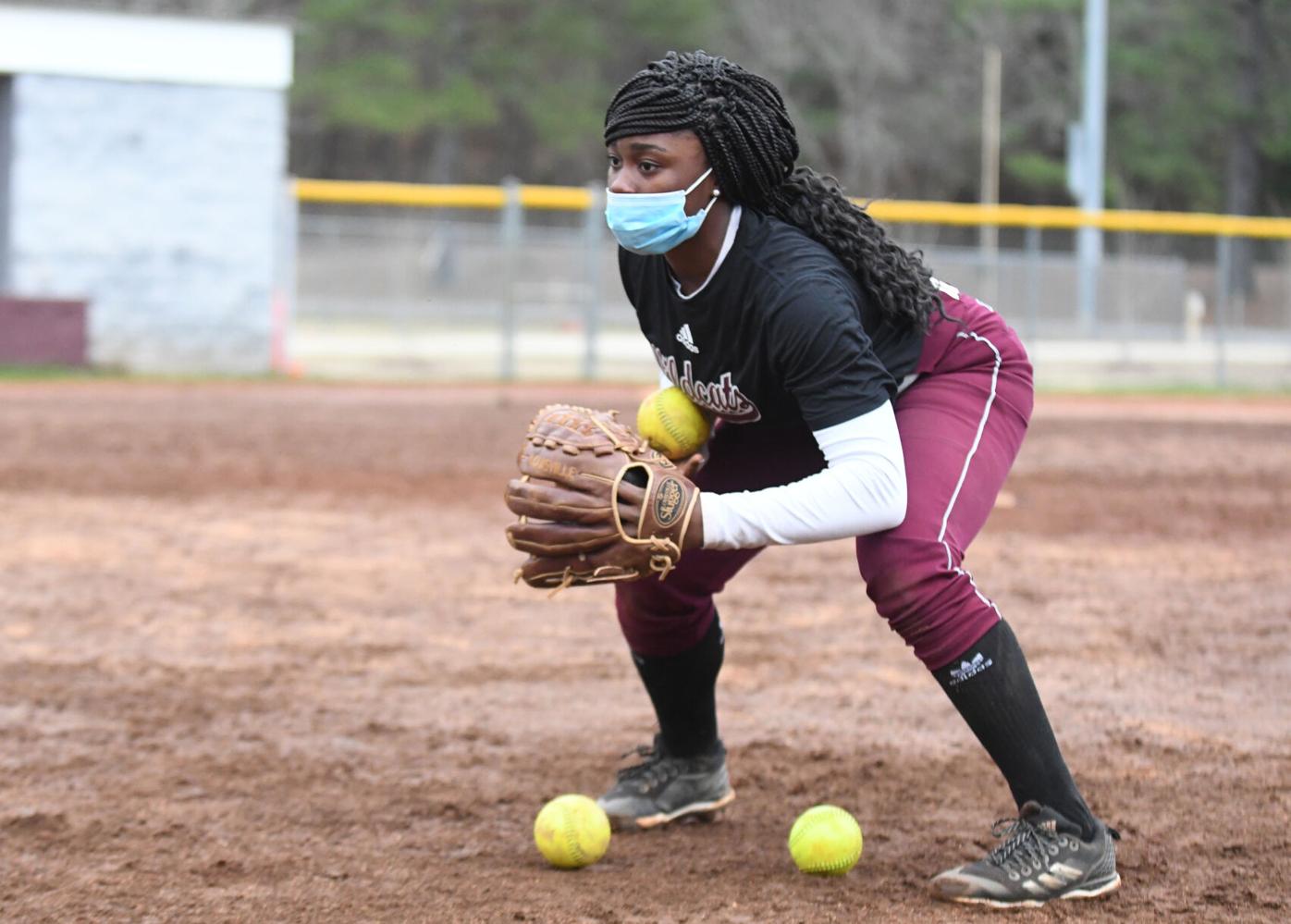 Darius Goodman / Tallapoosa Publishers A Benjamin Russell player looks to keep her eyes up as balls come quickly in the infield. 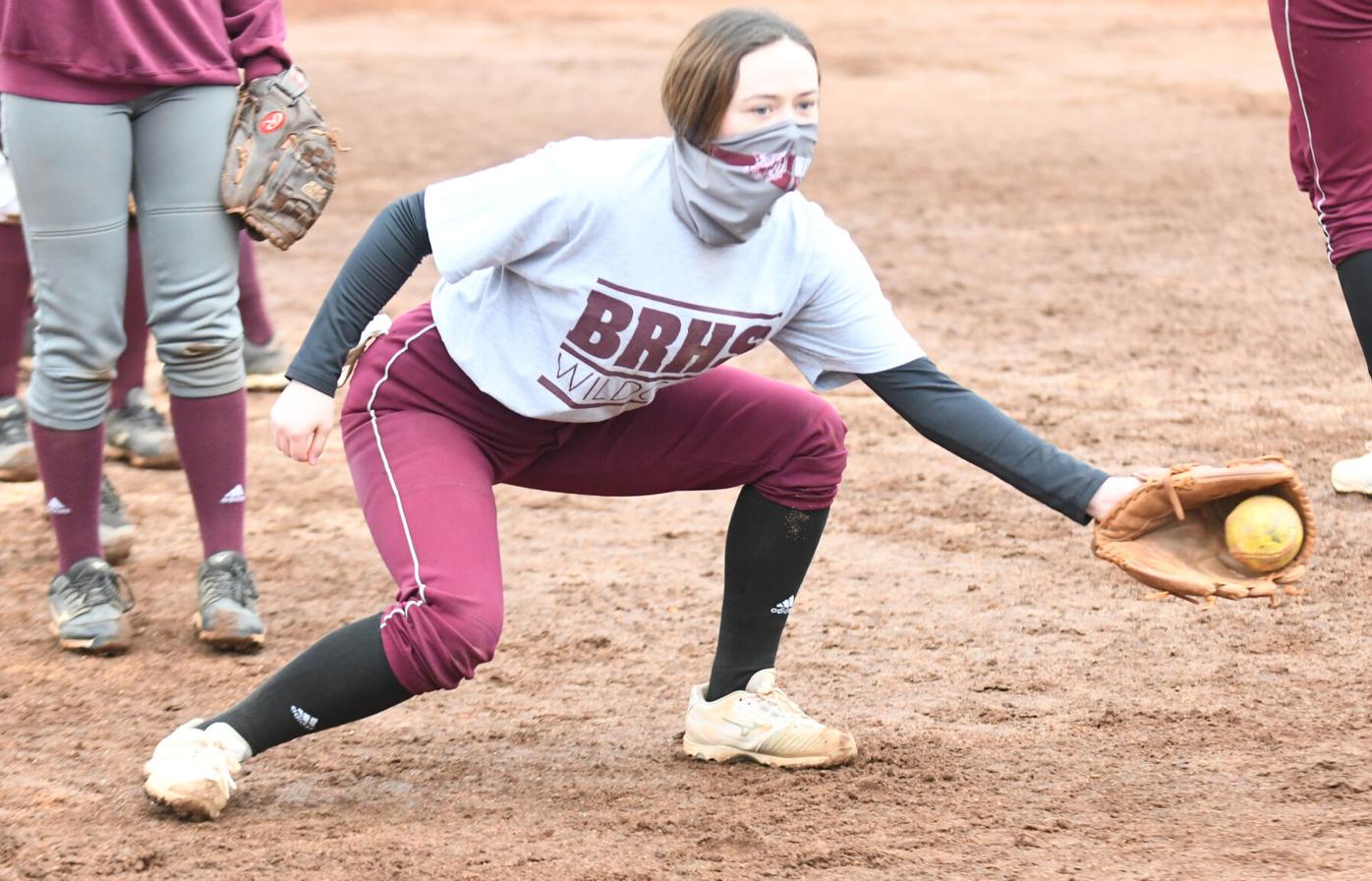 Darius Goodman / Tallapoosa Publishers The hop right before the long throw back across the field during practice for this Benjamin Russell softball player.

Darius Goodman / Tallapoosa Publishers A focused player tracks the ball to her glove during softball practice.

Darius Goodman / Tallapoosa Publishers A Benjamin Russell player prepares to throw the ball back across the field during practice.

Darius Goodman / Tallapoosa Publishers A Benjamin Russell player gloves the ball just before it hits the ground during practice.

Darius Goodman / Tallapoosa Publishers A Benjamin Russell player looks to keep her eyes up as balls come quickly in the infield.

Benjamin Russell softball is hitting the field with several things to look forward to in the 2021 season.

Spring sports were the most impacted in 2020 when COVID-19 shut things down. Last month, the AHSAA released their Return to Play guidelines to help mitigate the spread of COVID-19 this season. BRHS coach Jessica Johnson says that whatever it takes to play is what needs to be done.

“Whatever they say we need to do is what we need to do,” Johnson said. “But these girls and our spring sports missing mostly a year of play - I think anything they deem necessary should be enforced and abided by so we can ensure they get a season this year.”

In years past, there was always a dreaded cut day that saw the Wildcats’ numbers shrink to fit the constraints of two rosters. Along with the varsity and junior varsity rosters, the Wildcats will have their middle school back for the first time in a while according to Johnson.

Having the middle school team is a big step in the Wildcats’ development for the next few seasons because they can keep more athletes.

“We’ve had middle school players but they’ve been on junior varsity teams,” Johnson said. “This year we’re back to having three full teams with three full schedules. We’re able to keep more numbers wise and whereas in years past, those kids would have gotten cut. This year they’re able to stay on the team and it helps us build. The more kids we can develop, the better our program will be.”

Johnson says there are some question marks around the program but the lineup is pretty set now.

College recruitment in 2021 will be tough, but Johnson assures she wants her players to be seen.

“We work really hard for the ones that want to go play, getting them to that next level. We do a lot of offseason stuff, with the college coaches not really able to come to watch, because they’re also playing,” Johnson said. “We do a lot with Hudl and FieldLevel and just networking and getting their name out. Anything we get relayed to us, we shoot to them. Whatever they need, we’re here to help, but a lot of times it takes their effort too.”

The returning talent on the roster has been impressive as they’re doing what they’re supposed to do on the field of play each day, but Johnson does say some of the days have been slower than others. Part of it is because some players didn’t come out like they were supposed to do.

“Most of them came out doing what they were supposed to do,” Johnson said. “Without having that year, they came out the first day on fire but – you know – just staying that way. Keeping it going throughout the year.”

When the Wildcats hit practice with the weather fluctuating between warm and chilly, there is an acclimation point to having early practices in the outdoors and the cold. Johnson says having a little defense practice in cold weather helps the program be able to play in the weather going forward.

As far as protecting athletes during the pandemic, the Wildcats have an idea as to what they’re going to do.

“They’ll definitely have all the required stuff,” Johnson said. “The masks, we’re sanitizing every time they come in and out. We have a bathroom in our locker room so they can go wash their hands as need. Sanitizer on the bus. We’re trying to run groups of practices so we don’t have too many in there at a time. So we’re just trying to do a lot more group stuff, keeping them apart and transportation same thing. Whatever we’ve got to do to keep them separated so that we can ensure that we get to have a season this year.”