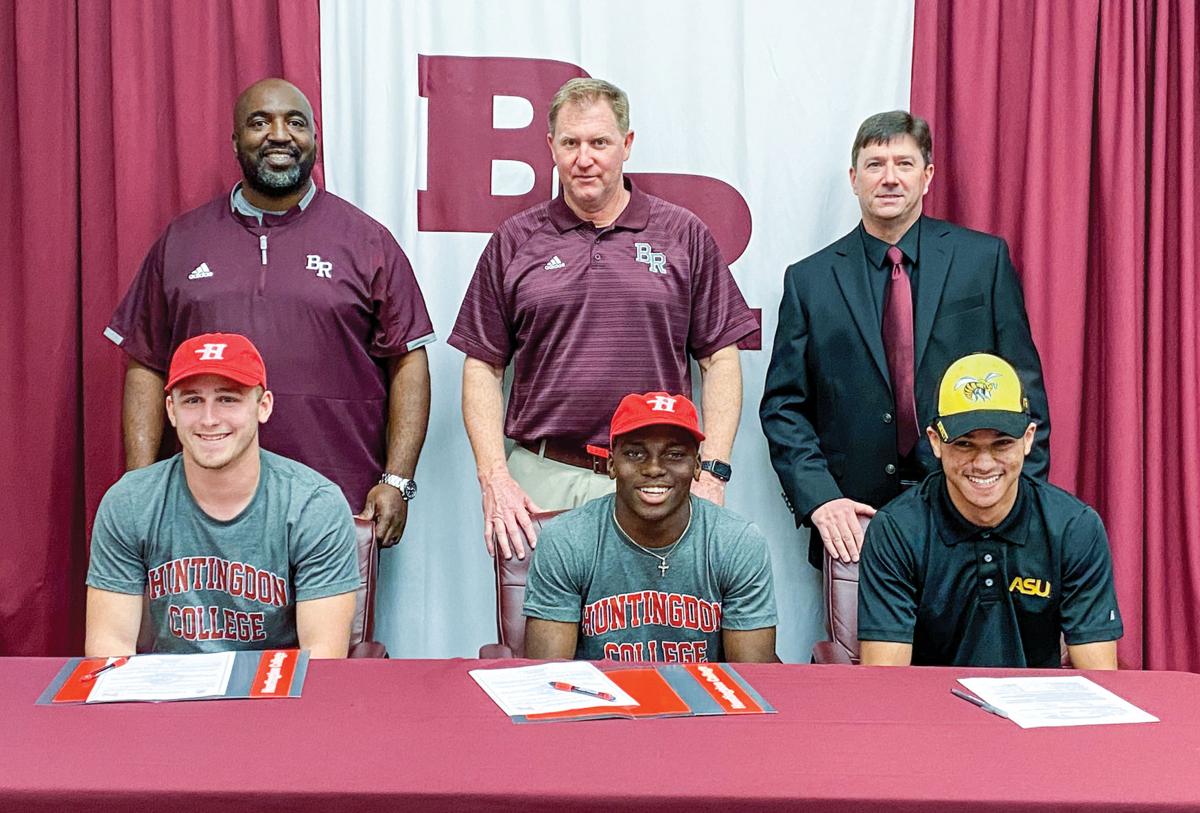 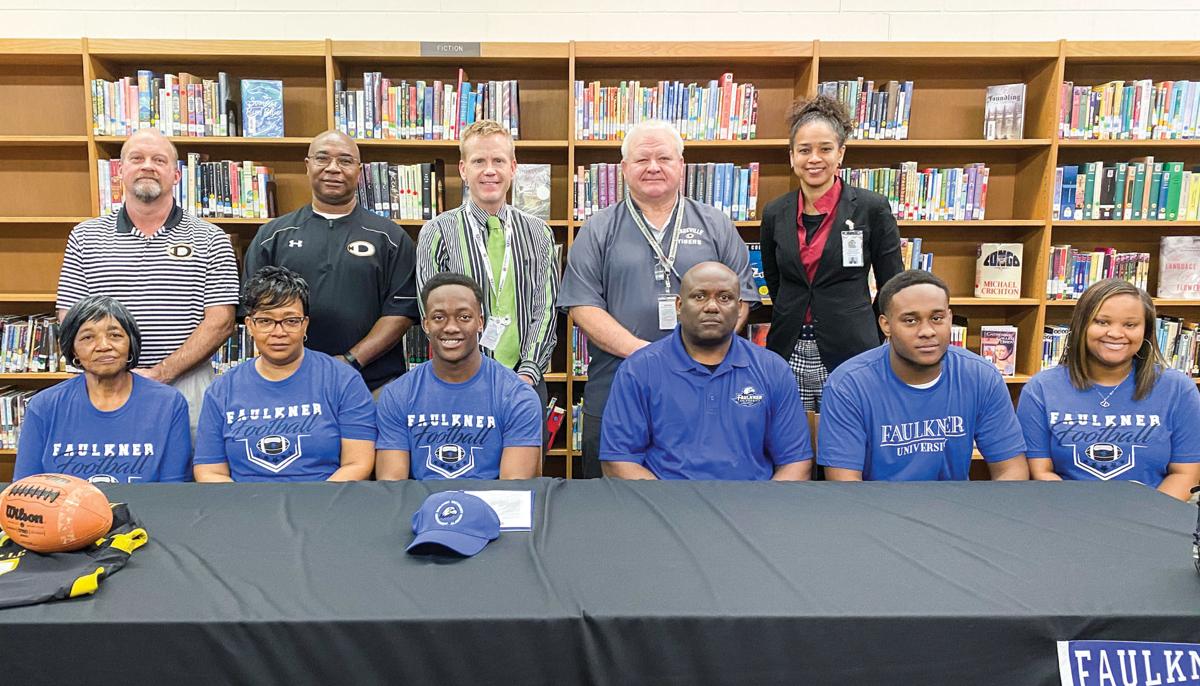 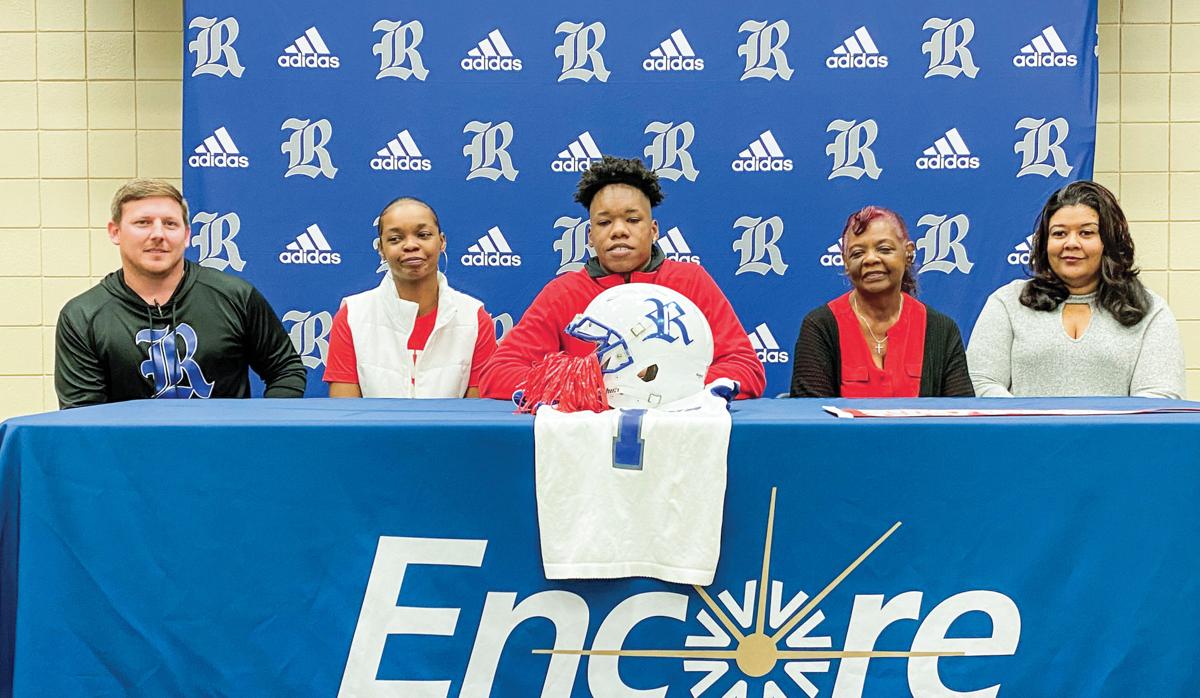 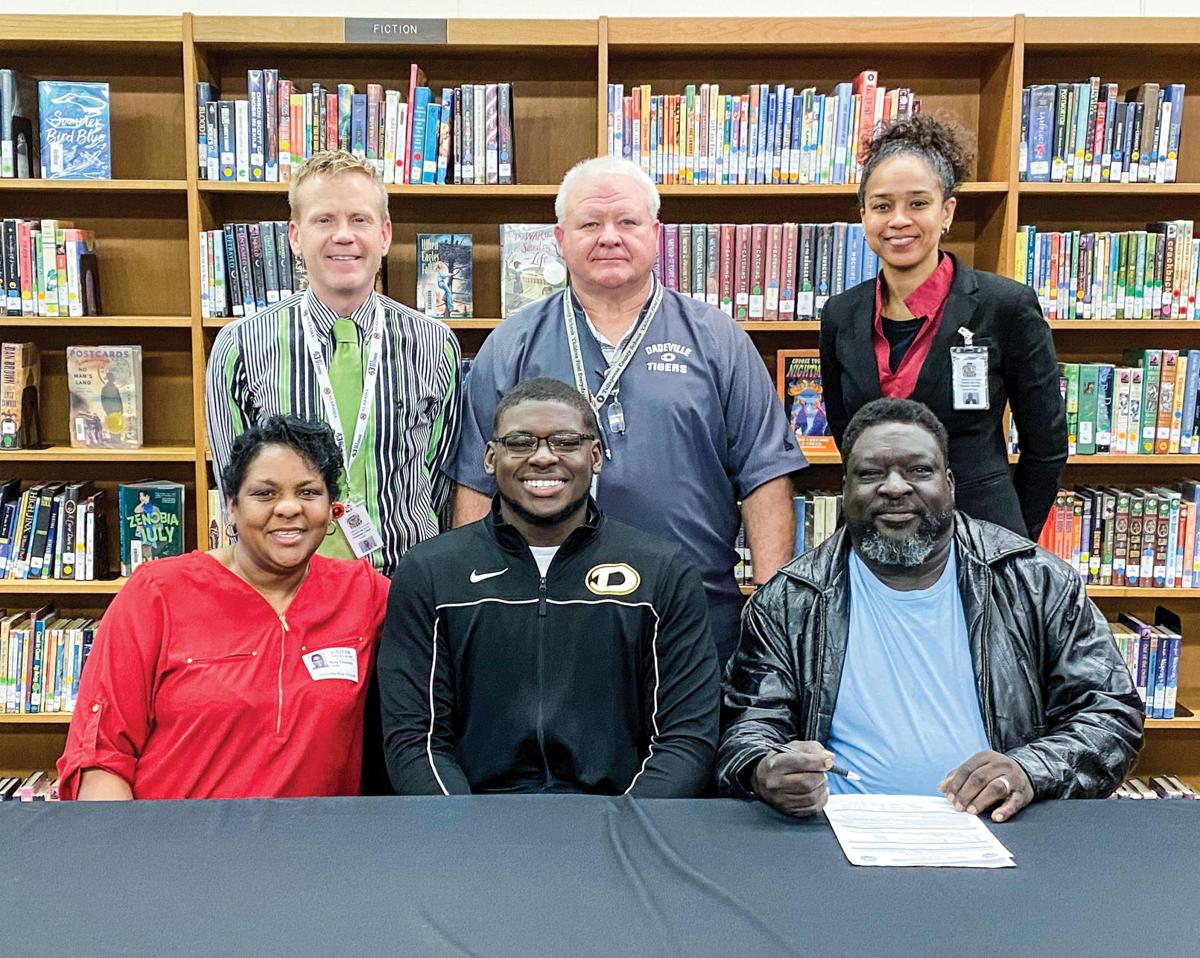 Huntingdon College is about to get a heavy dose of Tallapoosa County.

Wednesday was National Signing Day and athletes all over the country were busy signing their National Letters of Intent. It was clear Huntingdon College has been noticing what Tallapoosa County has to offer. Three of the six locals who signed NLIs on Wednesday will become Hawks next season.

“(The recruiting process) was very exciting,” Greene said. “A lot of schools came and recruited me, and I really want to thank all the schools that recruited me. When I went on my visit to Huntingdon though, it just felt like home. It was a family environment.”

Joining that trio at the next level after Wednesday’s signing day will be Dadeville’s Josh Taylor and Jamauri Chislom, who signed with Faulkner University and Hutchinson (Kansas) Community College, respectively. Benjamin Russell’s Gavin Edwards is Division I bound as he officially signed with Alabama State on Wednesday.

“It’s going to be a lot different and the teammates are going to be different,” Wilson said. “I’m the only one from Reeltown at Huntingdon, but I know some people from other schools are going there as well. But it won’t be the same coaches and the same teammates, but the atmosphere should be the same. The love that Reeltown will be showing me there will be great.”

Both Wilson and Greene were recruited as defensive backs while Brown will play at outside linebacker. All three echoed the sentiments Huntingdon felt like the right fit for them.

“It was a family atmosphere,” Brown said. “The players, the coaches, the students, everybody was one big family. That’s the same (at Benjamin Russell) and I wanted to find another place like that.”

As for Dadeville’s signees, both their recruiting journeys were long and arduous, but like the future Hawks, Taylor and Chislom are both excited to continue their journeys.

Hutchinson Community College could be a stepping stone for Chislom and he said he was just glad to find somewhere to play after a “rough” recruiting process. Playing on the offensive line seemed to open doors for Chislom, though. After playing his first several varsity years on strictly defense, the Tigers moved him to offensive line to fill a much-needed void.

There, Chislom got a chance to show off his blocking skills and now he’ll play at tight end at Hutchinson.

“Hutchinson really stuck with me through the whole process,” Chislom said. “I like how they run their offense. They run a multiple offense and they use their tight ends a lot, so that’s where I’ll be.”

Landing a college home was especially tough for Taylor, who tore his ACL just before the 2019 season and missed his entire senior year.

“There were a whole lot of schools that were waiting on my senior season and I couldn’t play so it worried me a lot,” Taylor said. “Some (schools) stayed with me and some gave up on me, but through the whole process, I kept my faith in God and I just kept working.”

Taylor said the fact Faulkner’s coaching staff continued to recruit him despite the injury and showed faith in him is what separated the Eagles from any other school.

“The whole time from the surgery until I got released, they were with me through the whole process, especially (Faulkner defensive coordinator) coach (Bernard) Goodrum,” Taylor said. “He was like a father figure for me and that made a big difference.”

Taylor was recruited as an athlete but said he’ll likely play running back or receiver.

Although these locals have inked their next steps, that doesn’t mean the work ends. There are a lot of challenges that come with transitioning from high school football to the collegiate level, and these student-athletes still need to keep working to be ready when they report.

“The speed of the game is the biggest (difference),” Brown said. “Everybody is going to be better, faster and stronger and I gotta adjust to that.”

But for now, it’s also important for them to celebrate their accomplishments.

“It feels really good,” Greene said. “I’ve been thinking about this all my life and wanting to play college ball. I’m finally going to do it so it’s great.”

Taylor said, “I can’t even explain the feeling right now. I’m so happy. Every day with my (physical) therapist, he pushed me harder and harder every day. I didn’t think there’d be a chance I’d be able to play basketball this year, but I worked hard just so I could play. And I got (the indoor track and field state championships) this Friday, so it’s all just a great feeling.”