It took eight games but Logan Lee has established himself as a solid threat offensively for the Reeltown Rebels. Submitted Photo 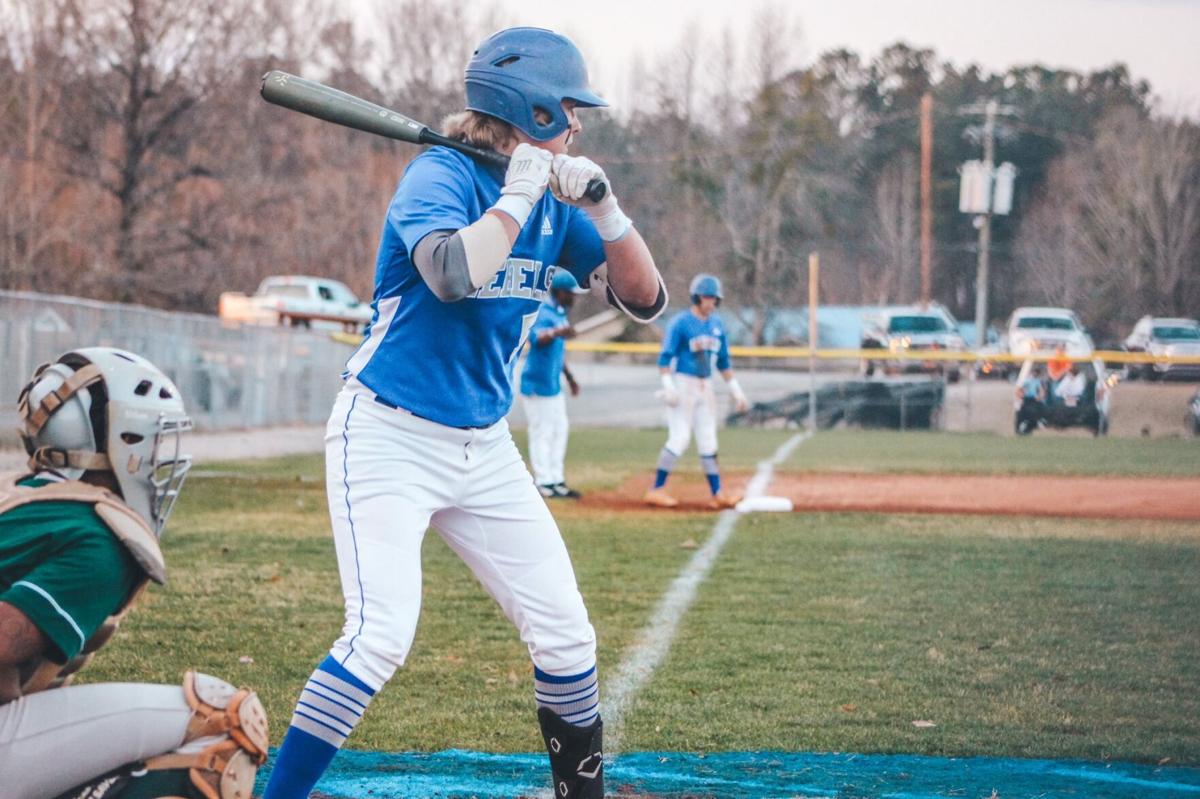 Logan Lee has been an offensive threat early this season and has helped power Reeltown's offense. Submitted Photo

It took eight games but Logan Lee has established himself as a solid threat offensively for the Reeltown Rebels. Submitted Photo

Logan Lee has been an offensive threat early this season and has helped power Reeltown's offense. Submitted Photo

The Reeltown baseball program season has been a rollercoaster ride so far but one constant, has been Huntingdon College commit and Rebel senior Logan Lee.

Lee has eight games under his belt of the 10 that the Rebels have played but he’s notched a .478 batting average with 13 RBIs. Lee has also been hit by a pitch five times in his 33 plate appearances which also leads the way for the team.

The three-sport athlete says that it allows him to stay in shape all year.

“Going from one sport to another really keeps me in shape year round but it took me a few days to get back to the swing of everything,” Lee said. “What really helped me to get back quick was just to listen to the coaches and do what they have coached me up to do.”

The struggled start for the program could’ve been due to the Rebels missing some players due to COVID-19 but according to Lee, everyone is back.

“Another thing is we have a lot of young players so it was just taking some time,” Lee said. “And a few games to get them ready and used to the swing of everything.”

Reeltown’s very young, in fact, they only have two seniors on the team and Lee is one of them. But by being a leader on the team, he’s been able to help a lot in his eyes by having the experience that a lot of younger players don’t have.

But there’s always a potential he could see his season come to an end and there are still jitters from what happened last year.

“I’m really good friends with Logan Hunt, who was a senior last year, and he’s been telling us to enjoy everything and play with all you’ve got,” Lee said. “Because you never know when things will just get shut down. Right now, I’m not taking anything for granted and I’m just trying to give it 110%.”

If you’re looking to know who a future star at Reeltown could be, Lee can’t tell you. But due to the amount of youth they hold at Reeltown there’s a bright future ahead.

“It’s hard to just point out one or two players because we have a lot of young talent that is coming up that will have a huge impact on the program in the future,” Lee said.