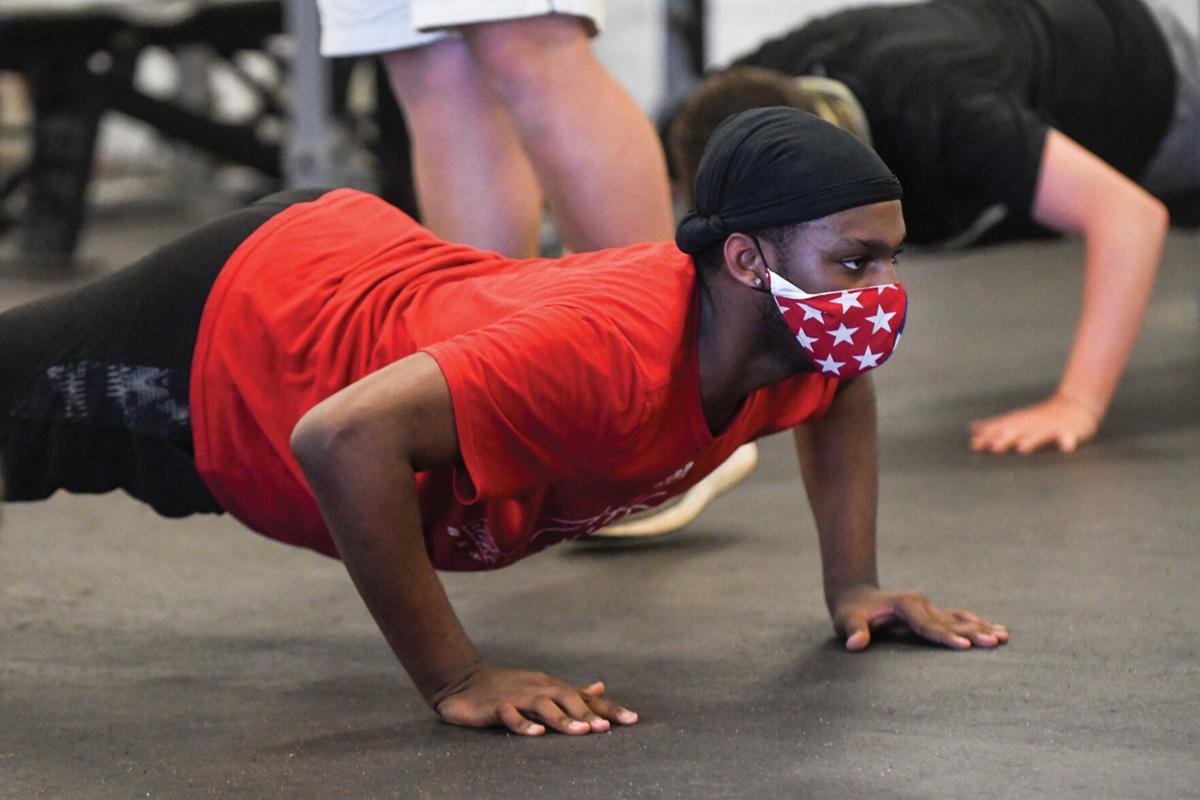 Lizi Arbogast / The Outlook A Horseshoe Bend player does sit-ups while wearing a mask during Thursday's workout. 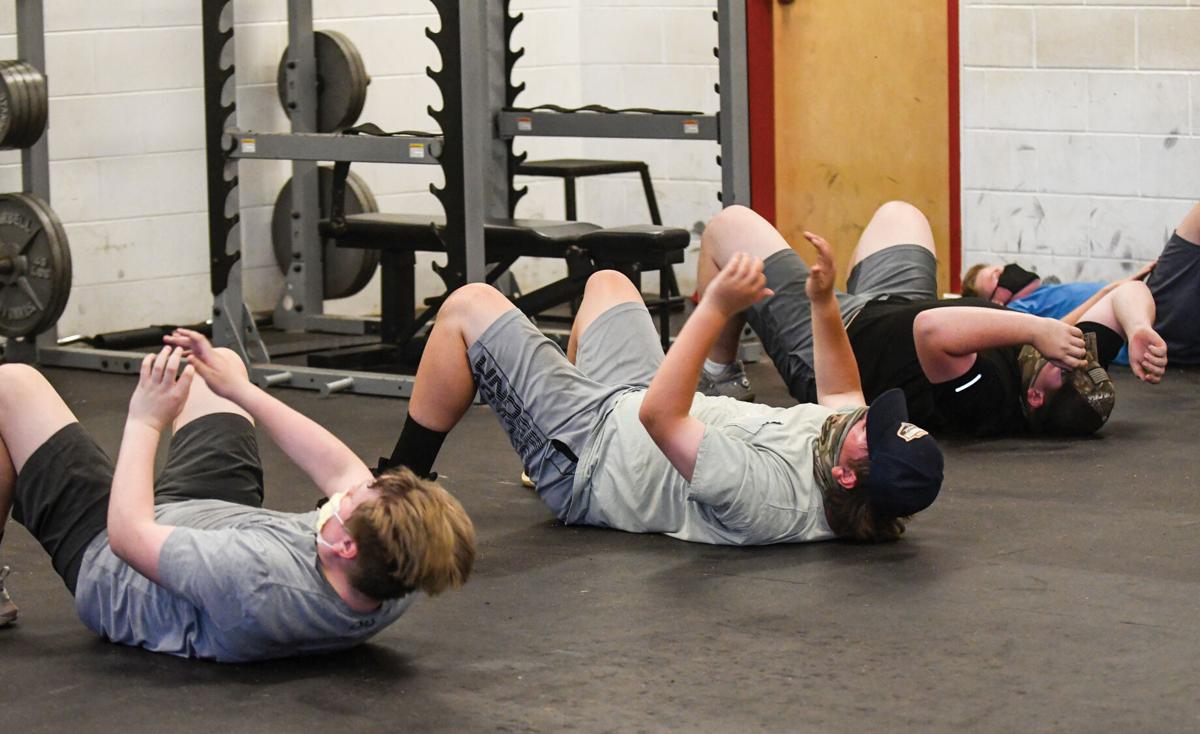 Lizi Arbogast / The Outlook A Horseshoe Bend player does sit-ups while wearing a mask during Thursday's workout.

Due to the small nature of Horseshoe Bend’s weight room, there’s almost no way to get any real work in without student-athletes coming within 6 feet of each other.

So, instead of trying to organize small groups or rotating players in and out, the Generals have donned masks for nearly their entire weight room routine. But that doesn’t seem to have slowed them at all.

“The masks in the weight room have probably been the toughest part,” Horseshoe Bend football coach Jeremy Phillips said. “It’s already hot in there and the guys have trouble breathing, especially when they get into a little bit heavier weights, so I have to stay on them about keeping their masks on.”

Although Phillips has to put the extra effort in to ensure those masks are worn, he said that’s well worth it — especially with the effort he’s seen from his players.

The Generals were more excited than ever to get back to work and that showed from Day 1, which began Monday for HBS.

“The guys are real excited to be back and seeing the guys and seeing the coaches,” Phillips said. “I think a lot of them missed working out and having that structure. For the most part, I’ve been really pleased with the effort that they’re giving. Of course we’re a little out of shape — more than we would’ve been if we were in school — but the guys are pushing as hard as they can and that’s all I can ask of them.”

And Phillips didn’t go into this first week of athletic activity and think the guys were going to be as up-to-par as he would’ve liked. However, he was pleasantly surprised with how well his players had kept up their workout plans throughout the coronavirus pandemic.

“I was glad that I lot of them ended up maintaining where they were when they left us,” Phillips said. “That’s what I was kind of shooting for with the workouts that I sent out. Overall, I was pretty pleased with how we are physically. We have a long way to go but I’m glad we didn’t fall way behind like I originally anticipated.”

As far as some of the other guidelines, Phillips said those have been easier to handle than he thought going into it. One of the biggest worries for Phillips was the pre-screening process for each player and how long it was going to take, but he said after the first day, the guys are now in a routine of filling out their questionnaires and getting their temperatures taken. It’s been a fairly seamless process.

Phillips was also worried about the sanitizing process, but Horseshoe Bend purchased spray sanitizer so that’s been quick and painless too.

“Whenever we end with our pushups and sit-ups, (coach T.C. Brown) goes around and sprays everything so it’s ready for the next group to rotate in,” Phillips said. “That made it a lot easier, I was worried about having to wipe it down every time.”

The Generals are split into two groups — one of skill players and the other of linemen — and while one is working out in the weight room, the other is out on the practice field doing cardio and agility work.

For the first two weeks, Phillips plans to keep up that rotation and focus solely on getting the players back in shape. Gradually, he and the coaching staff will move to more football-related drills and activities.

“My thing right now is I’ve seen it firsthand — the COVID-19 and how it spreads — and I just don’t want to put my guys in danger of that with them touching a ball and everybody else touching it,” Phillips said. “That’s one of the things I’m iffy about. But the way it’s going and the way the (AHSAA) has been handling everything has been just fine.”