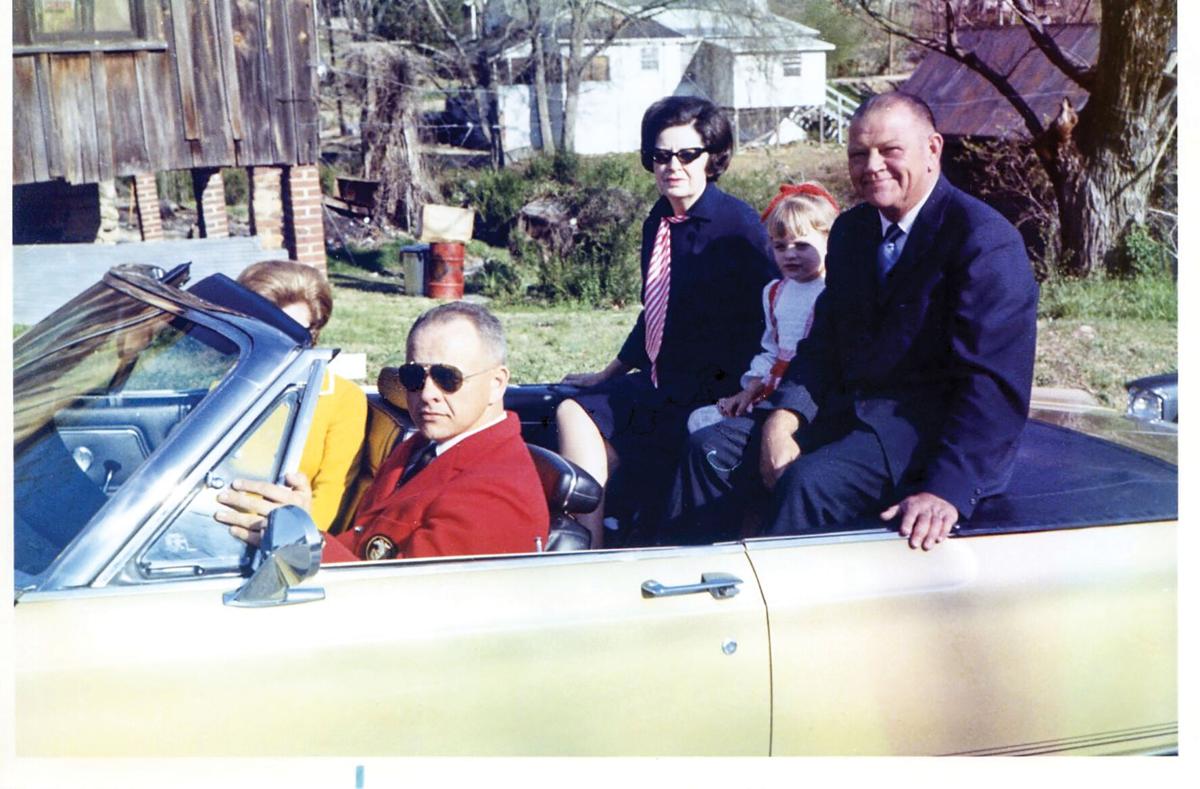 Coach Samuel ‘Hamp’ Lyon, right, rides in a parade in his honor during the stadium dedication in 1970. Lyon, who died in 1974, was selected to be inducted into the Alabama Sports Hall of Fame Class of 2020 as an ‘old timer.’ 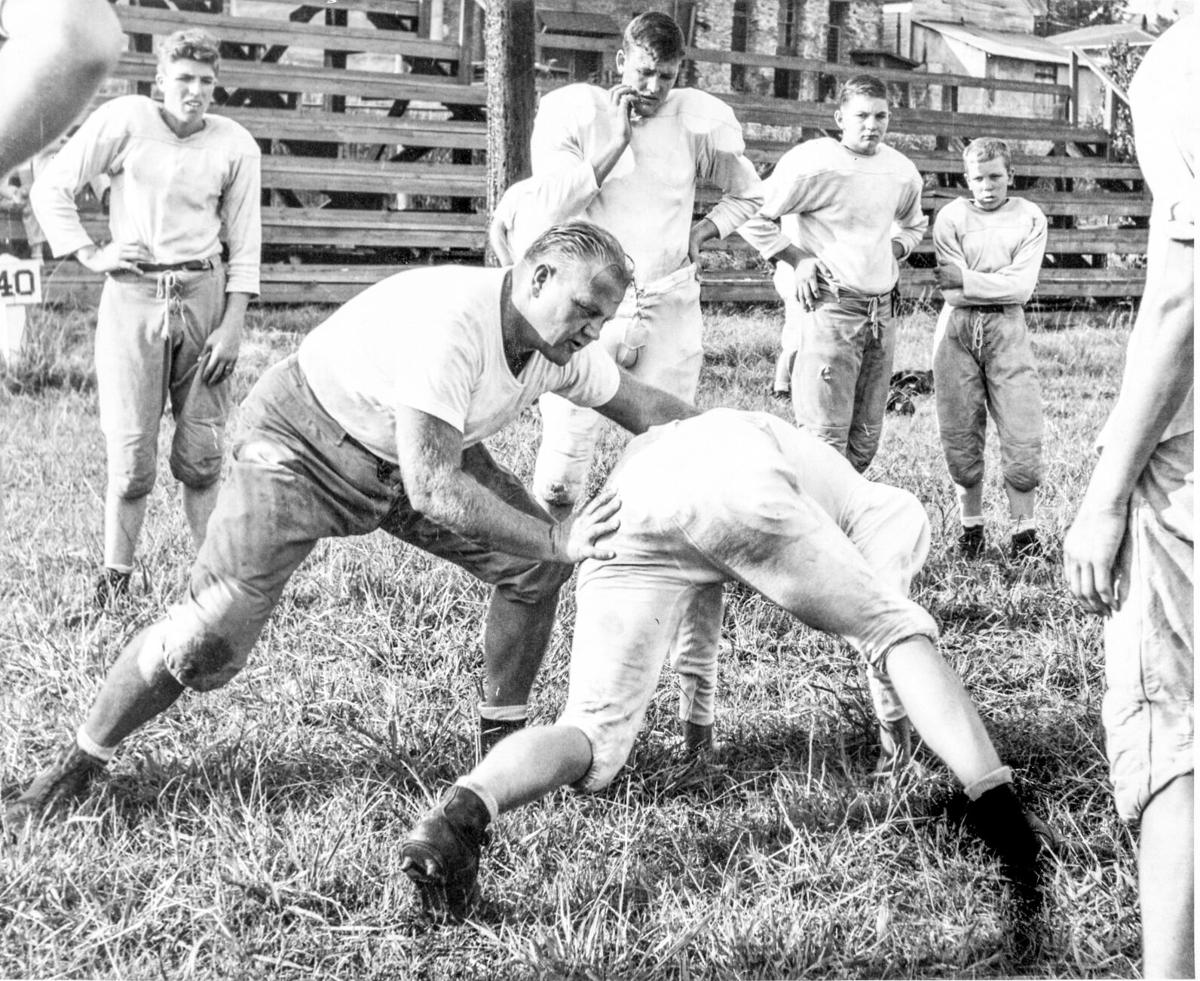 Lyon compiled a 107-47-10 record during his time as head football coach in Alex City.

Coach Samuel ‘Hamp’ Lyon, right, rides in a parade in his honor during the stadium dedication in 1970. Lyon, who died in 1974, was selected to be inducted into the Alabama Sports Hall of Fame Class of 2020 as an ‘old timer.’

Lyon compiled a 107-47-10 record during his time as head football coach in Alex City.

Burns followed up with local Alexander City contacts such as Barbara Young and Bill Waites for confirmation. Upon the second phone call with Saverese, equipped with more validation, Burns was honored and emotional for her father’s lasting recognition in the sports world.

“My dad gave his life to the youth of Alex City and he loved them,” Burns said. “He always said, ‘They are the future of our country.’”

Coach Lyon made a strong and lasting impact on Alexander City and continues to be renowned for his contribution more than 50 years after his retirement as head football coach.

The AHSAA Hall of Fame Banquet has been postponed to Sept. 21 at the Renaissance Hotel in Montgomery. The ceremony includes recognition of an ‘old timer,’ which is a person who has had a minimum of 15 years of service with AHSAA member schools and has been out of coaching for 30 years or more.

Lyon, who died in 1974, has been a household name in Alex City for many years and will now forever be honored.

“His impact is everlasting,” said Young, who worked alongside Lyon for many years as the girls physical education teacher. “Probably every child, boy or girl, coming up during the years he was around, he left an impact on them.”

Lyon played football at University of Alabama on the 1935 team that went on to the Rose Bowl. The late Alabama coach Bear Bryant was his teammate and also his roommate for a short while.

“After he graduated, he couldn’t find a teaching job right away and his mom and dad had died his freshman year,” Burns said. “He worked in the coal mines in Birmingham until his brother took him job searching one day. They ended up in Alex City and stopped by the school. Mr. Benny Russell hired him and the rest is just history.”

Lyon taught and coached football there until 1941 when he left to serve in the U.S. Army during WWII.

“They held his position in Alex City and he went back as head coach (in 1946),” Burns said. “He never got to see me march as a majorette but his last year to coach was my senior year in high school.”

Burns remembers not knowing Lyon was retiring until her majorette team began to walk off the field after its routine and her father walked off with her. She remembers it fondly and emotionally.

Lyon was head coach until 1957 with a cumulative record of 107-47-10. His 1953 team was the first in school history to go undefeated and won the state championship. He served as athletic director from 1957 until he retired in 1972.

“When I worked with Hamp he was athletic director,” Young said. “He was very influential to the whole program (at Benjamin Russell). I had the cheerleaders and he always guided me.”

Young recalls one time wanting to put on a girls’ football game and Lyon said, “Ms. Barbara, that’s not very ladylike. Why don’t you have a fashion show?”

Young said, “Well, we did have a fashion show and made a lot of money for our PE program.”

Burns and Young were both unwavering in their description of Lyon as a hardworking, all around good guy.

“He was his own man; he worked hard, worked his boys hard but he was real,” Young said. “He was such a good mentor for me. I think about him often and so many things that have happened because he was so influential.”

Young worked with Lyon for more than 13 years and said he wasn’t only a great mentor but also a wonderful friend.

“I really loved the years I had with him,” Young said.

In 1970, the football field was dedicated to Lyon as the Hamp Lyon Stadium and coincided with a town parade and celebration.

Alex City native Richard Wagoner has been at the helm of renovating Hamp Lyon Stadium and is steadfast in the impact Lyon had on Alex City.

“I really don’t think people understand what that field means to this community; what football means,” Wagoner said.

While Wagoner did not play football, he remembers Lyon well from his high school years.

“He was gruff but he had such a funny side to him — he was a man’s man,” Wagoner said. “He’s just indescribable. You don’t know what a character that man was.”

Burns agreed her father was firm but he was also a loving man.

Lyon went on the found the Alex City Quarterback Club, served in the Lions Club and Shriner’s Club and retired as a colonel in the Army Reserve before his death in 1974.

“I am humbled that years after his death and even more years after his last year of coaching that Alex City still remembers and appreciates him and his work,” Burns said. “Dad said many times, he could not have accomplished anything without the personal and financial support of Alex City citizens.”