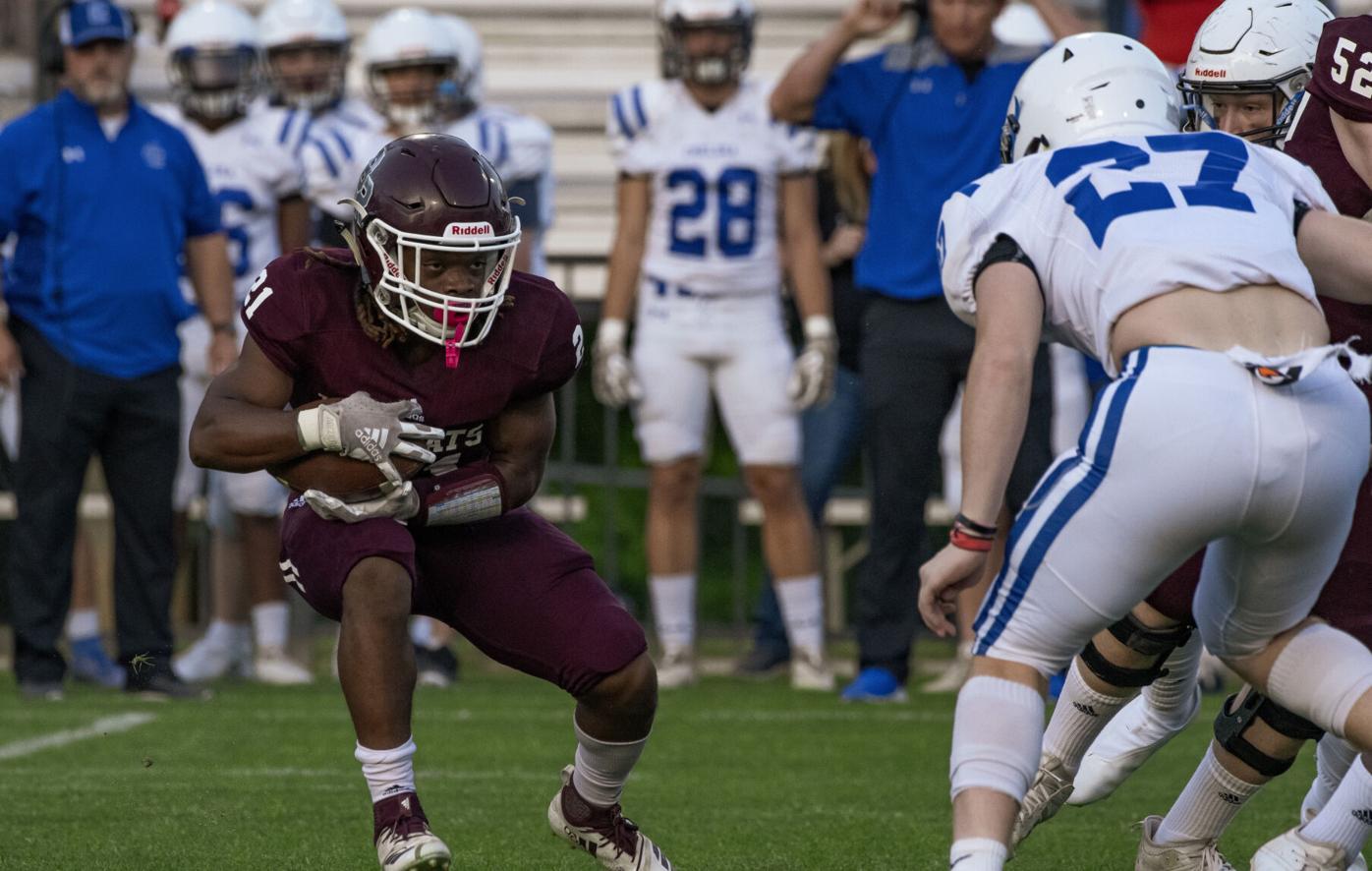 DeMarcus McNeal during a AHSAA spring football game between the Benjamin Russell Wildcats and the Chelsea Hornets at the Charles E. Bailey Sports Complex in Alexander City, Ala on Thursday, May. 20, 2021. Chelsea won the game. [Alex City Outlook/ Jake Arthur] 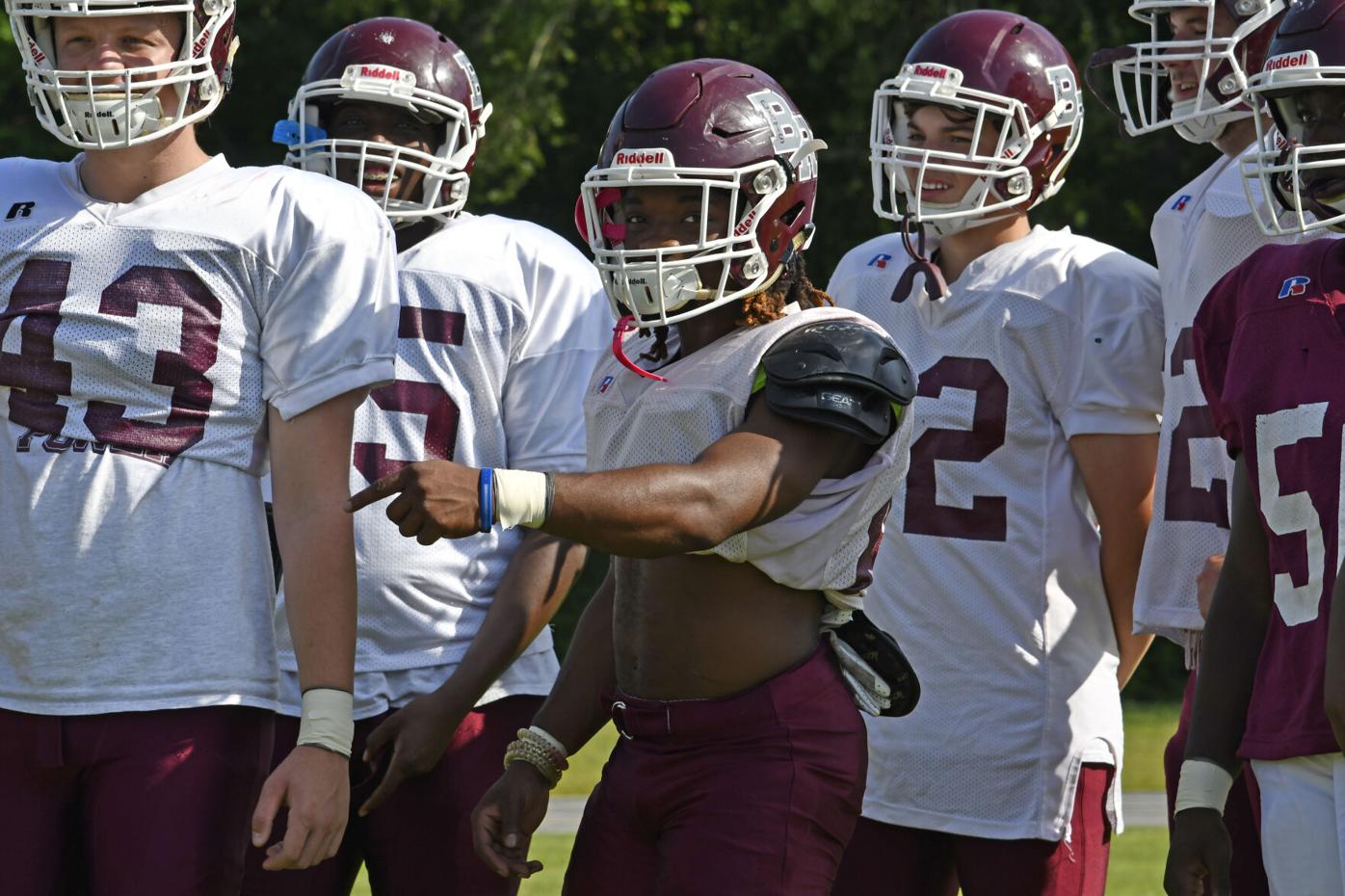 Darius Goodman/Tallapoosa Publishers DeMarcus McNeal looks at a play during practice in the spring.

DeMarcus McNeal during a AHSAA spring football game between the Benjamin Russell Wildcats and the Chelsea Hornets at the Charles E. Bailey Sports Complex in Alexander City, Ala on Thursday, May. 20, 2021. Chelsea won the game. [Alex City Outlook/ Jake Arthur]

Darius Goodman/Tallapoosa Publishers DeMarcus McNeal looks at a play during practice in the spring.

Spring is a great time for programs to look at their talent and DeMarcus McNeal has to be a diamond in the rough at Benjamin Russell High School.

According to McNeal’s Hudl profile, he ranks in at 5’6” and weighs 165 pounds, but there’s more to the rising senior running back that not many have seen yet. According to new head coach Aubrey Blackwell, McNeal is one of the strongest players on the team, a title that is usually unheard of in the ground game.

McNeal squats 500 pounds and it’s attributed to his hard work.

During the spring game against Chelsea, there were some obvious plays where he broke free with a second gear around the edge or managed to push the pile with his rushing style. You could sense his agility on cuts that left some defenders reaching for air as he passed them.

It started in spring practice. McNeal can see a different coaching staff in Blackwell and the vibe around the program is far different than it was before.

“The coaching staff, you can kinda get along with them,” McNeal said. “They’re a good coaching staff. We’re looking pretty good and I feel really confident about our program.”

Although his time on the field during the spring game was limited – the practice was a good time for him to see the potential of the program’s new offensive formations and how effective they could be for him and the running back corps.

“I see the potential, I see the holes and they open up pretty well,” McNeal said. “Shoutout to my line, they get it done. We run a triple option and it fits well with our offense. We’re playing fast, playing well. We just gotta get better in shape.”

McNeal is a rising senior but he recalls his first few practices at the beginning of his career at Benjamin Russell and compares them nicely to the new era at the school. It’s a paradigm shift.

“A lot of things are different,” McNeal says. “We flex different, we practice differently. Our intensity is very much different and our last coach would play music during our flex and then cut it off. But coach Blackwell lets it play through practice until we get to our 11-on-11s. I’m cool with that because we get it done and we work hard, work out hard and have good workouts at the school and we work out. The workouts are more intense and you can see the results coming in. A lot of things are different.”

A tough thing early on in his senior year would be recruitment but he’s aware of the college portal’s current state due to the pandemic and acknowledges that the portal is getting smaller by the week.

As far as college offers go, he hasn’t had any extended yet but he does say that some colleges are interested in him.