$5.00 for 30 days
Get Started
You are the owner of this article.
Edit Article Add New Article
Home
News
Sports
Opinion
Obituaries
Multimedia
e-Edition
Classifieds
1 of 8 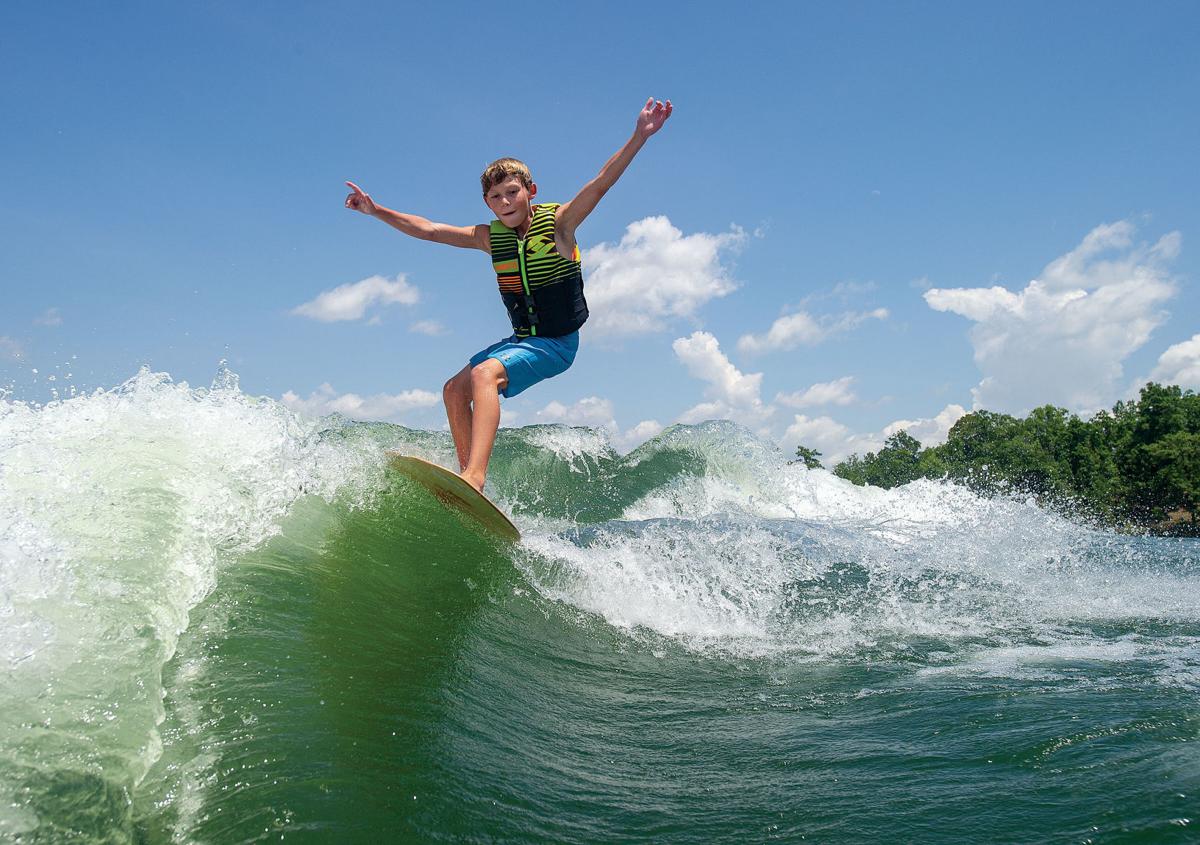 Cliff Williams / The Outlook Hayes McKell, 12 of Birmingham rides a lip while taking part in a wake surfing clinic Monday on Lake Martin. 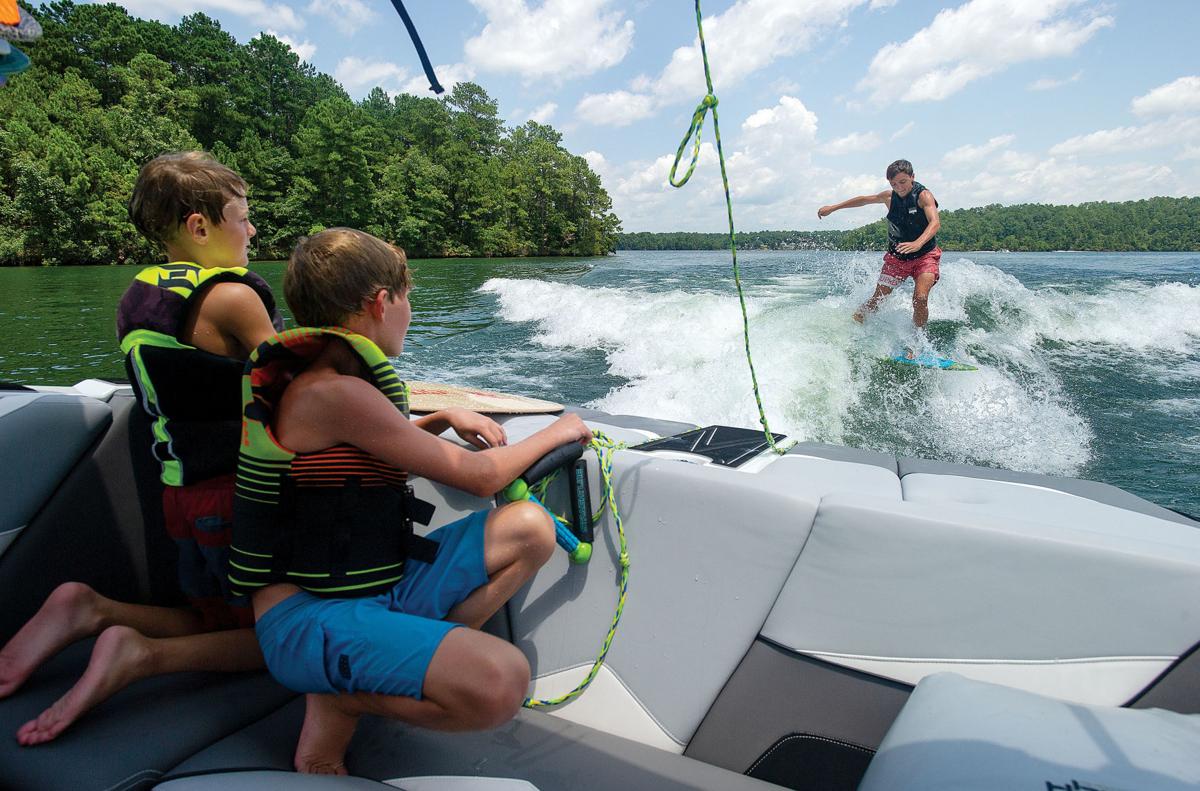 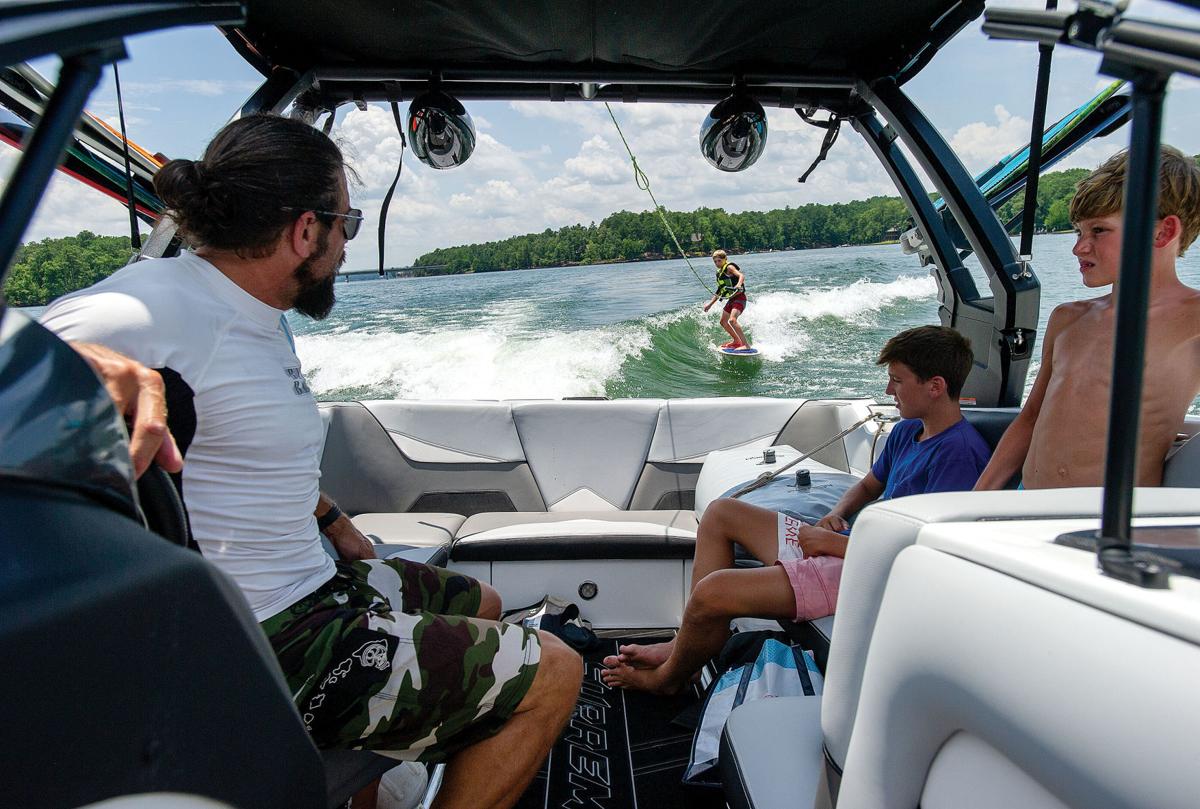 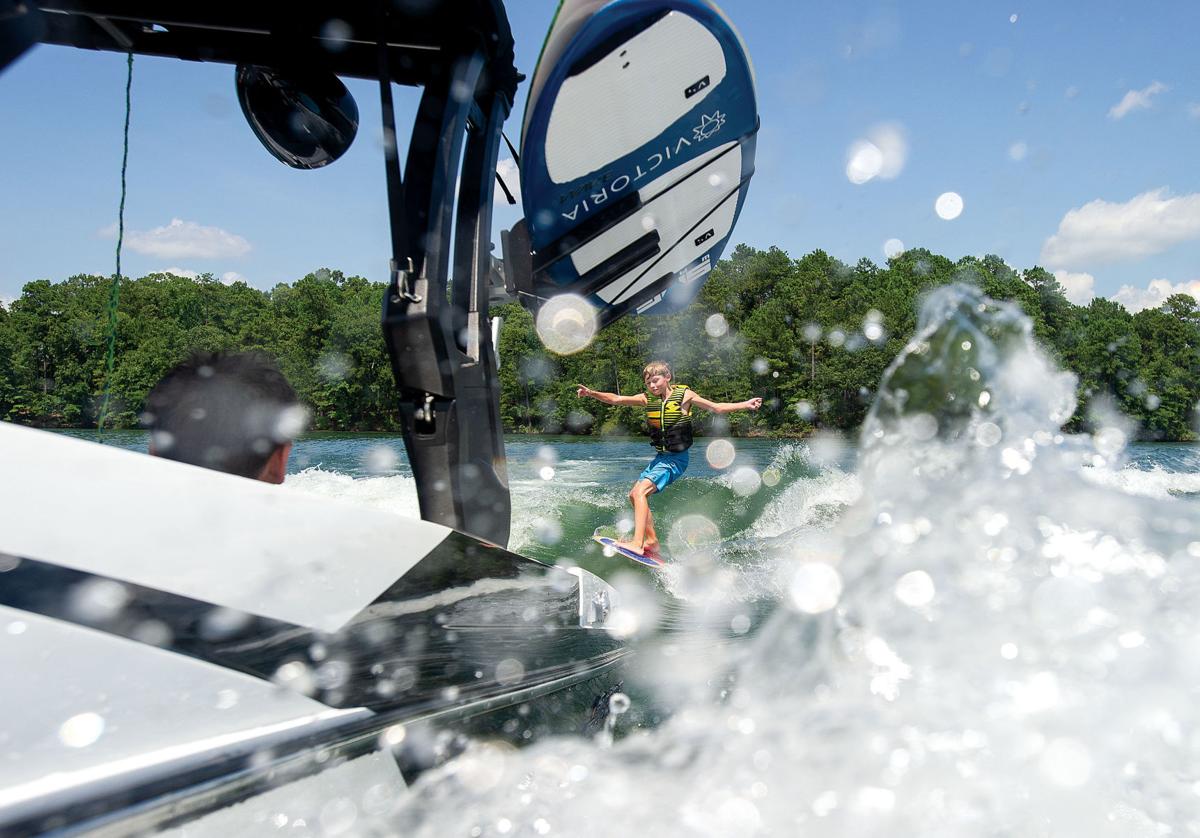 Cliff Williams / The Outlook Hayes McKell, 12, of Birmingham rides the wake behind the boat of Sawyer Davis during a wake surfing clinic Monday. 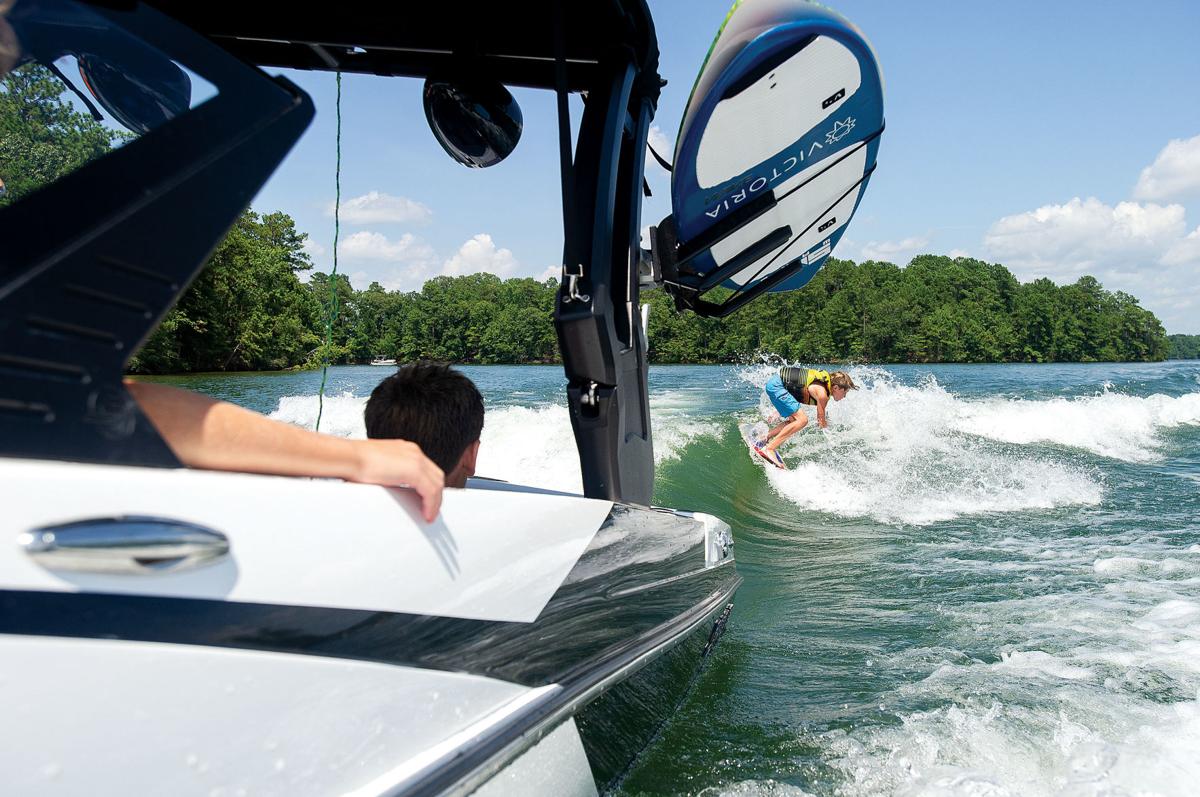 Cliff Williams / The Outlook Hayes McKell, 12, completes a 360 for the first time Monday at a surf clinic. 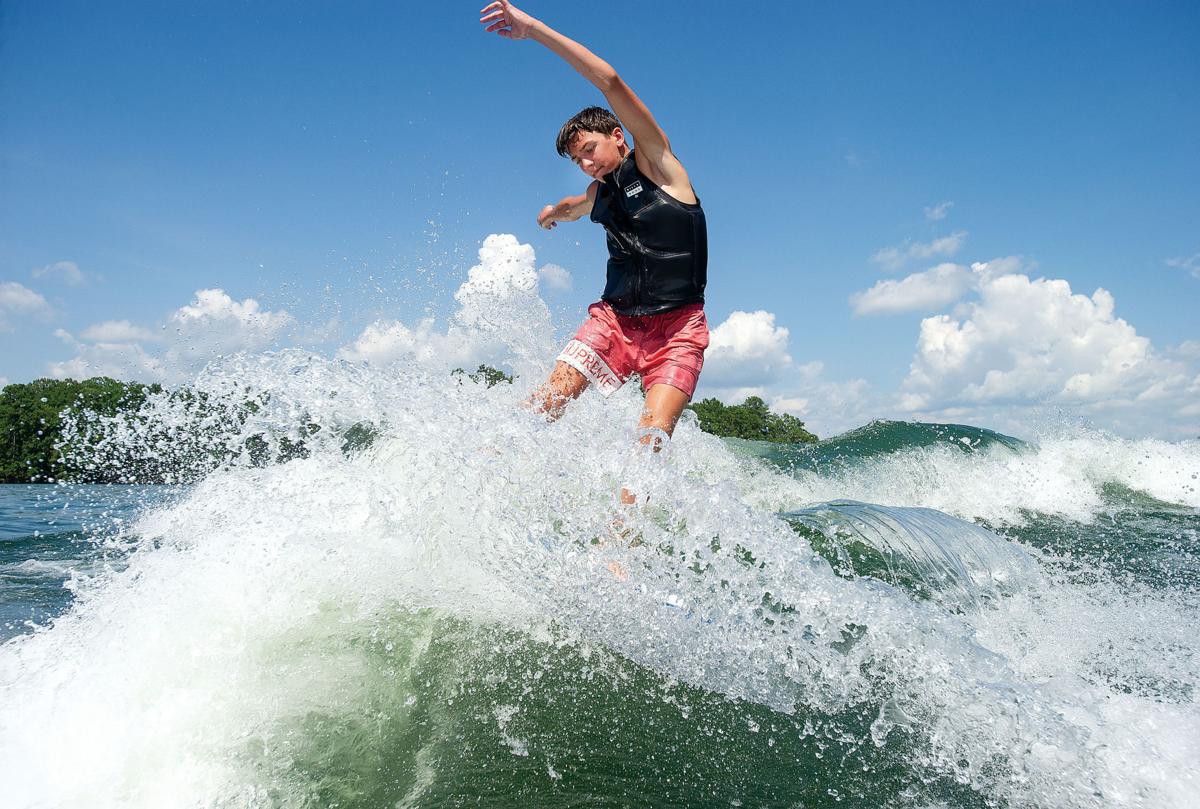 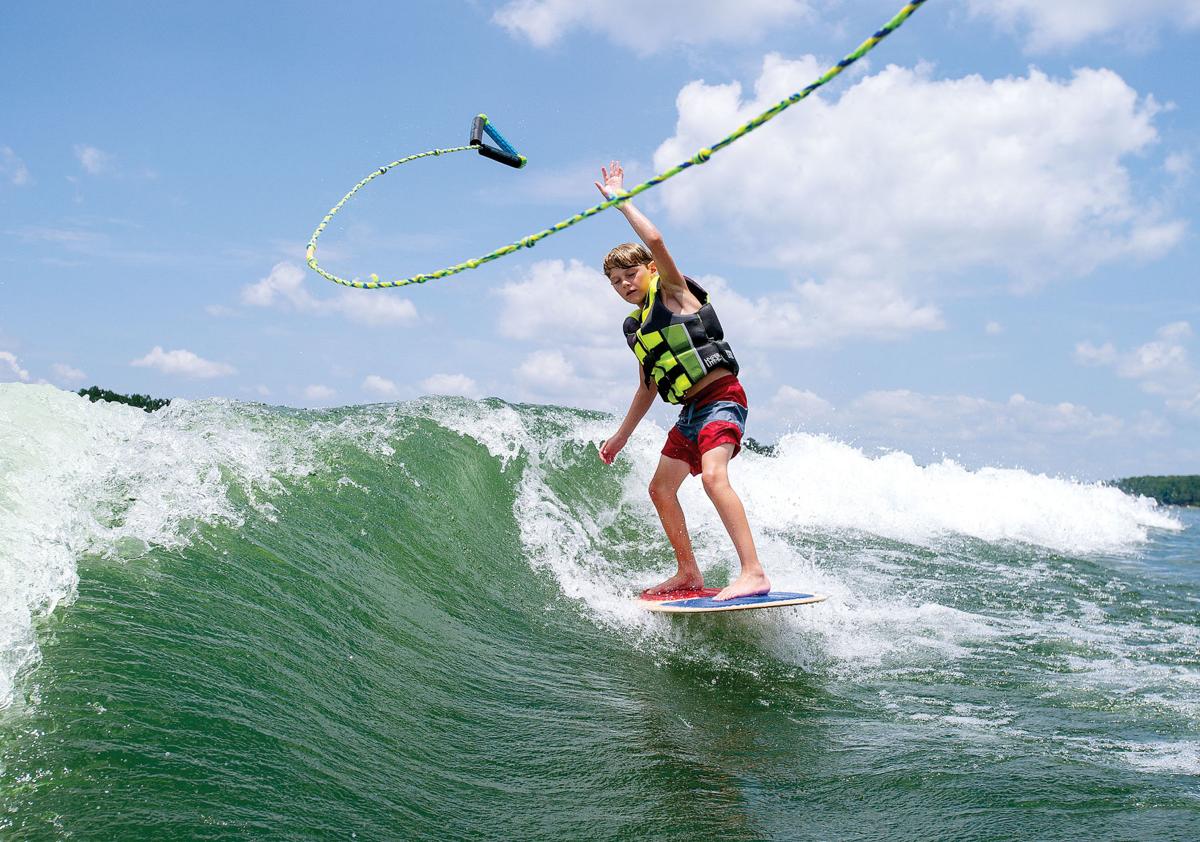 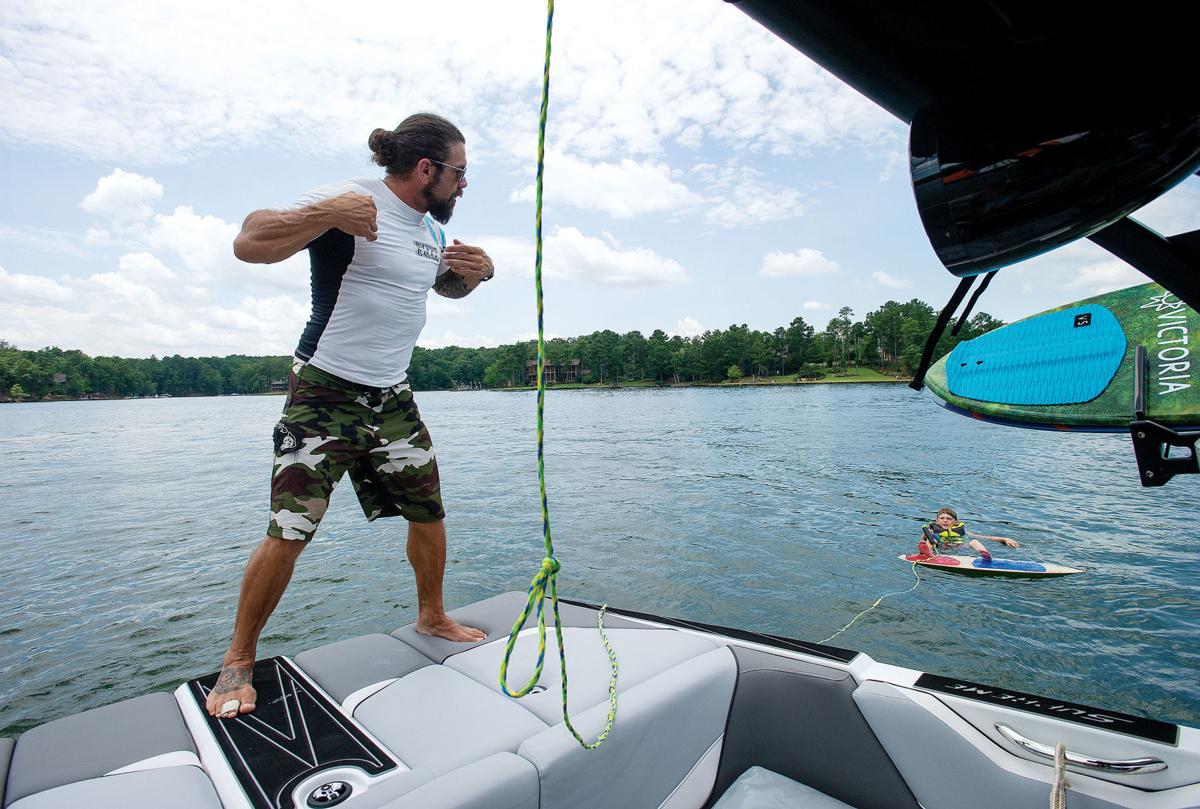 Cliff Williams / The Outlook Hayes McKell, 12 of Birmingham rides a lip while taking part in a wake surfing clinic Monday on Lake Martin.

Cliff Williams / The Outlook Hayes McKell, 12, of Birmingham rides the wake behind the boat of Sawyer Davis during a wake surfing clinic Monday.

Cliff Williams / The Outlook Hayes McKell, 12, completes a 360 for the first time Monday at a surf clinic.

Hayes McKell pumped his arms as his eyes opened to the size of dish plates after completing a 360 on a skim board Monday while taking part in a wakesurfing clinic with Sawyer Davis.

Davis blew the boat’s horn as Hayes’ younger brother Harrison congratulated him too.

“That was his first one,” the younger McKell said with a smile.

It is not Davis’ first experience seeing a novice take on wakesurfing.

“I was out with a family giving a private lesson,” Davis said. “They hadn’t been able to get up on a board. Their 11-year old daughter got up for the first time and her eyes got real big. The whole family was happy. The father messaged me a while later and said she was still talking about it. He said,’It was worth every penny and then some.’”

Hayes is not a complete newbie as he has been wakesurfing for a while.

“We got a surf boat in ‘16,” Hayes said. “I have been doing surf clinics since last year. I have gotten around before but never landed it in the wake. This is the first time I have landed it.”

Davis has been in the spot of the McKells before when he learned of wakesurfing through videos and decided to give it a try more than 10 years ago.

“Larry Bain taught me on with a ski boat and a real surfboard,” Davis said. “I never thought I would let go of the rope.”

Years later and Davis is even helping develop wakesurfing boards on Lake Martin with Victoria Wake of California.

“Four boards have been developed on this lake,” Davis said.

Davis is expecting a shipment of prototypes to arrive at his door soon.

Davis has tried to surfing the oceans but finds the time between waves difficult.

“It is with a 7-foot board and a lot of work,” Davis said. “You have to paddle a lot to get to a good wave. I showed an instructor (wakesurfing) and he said no wonder you are bored.”

According to Davis not just any boat will work for wakesurfing.

“Most of my job (as an instructor) is putting weight in the right places in the boat,” Davis said. “It’s finely tuned to get a wake like that.”