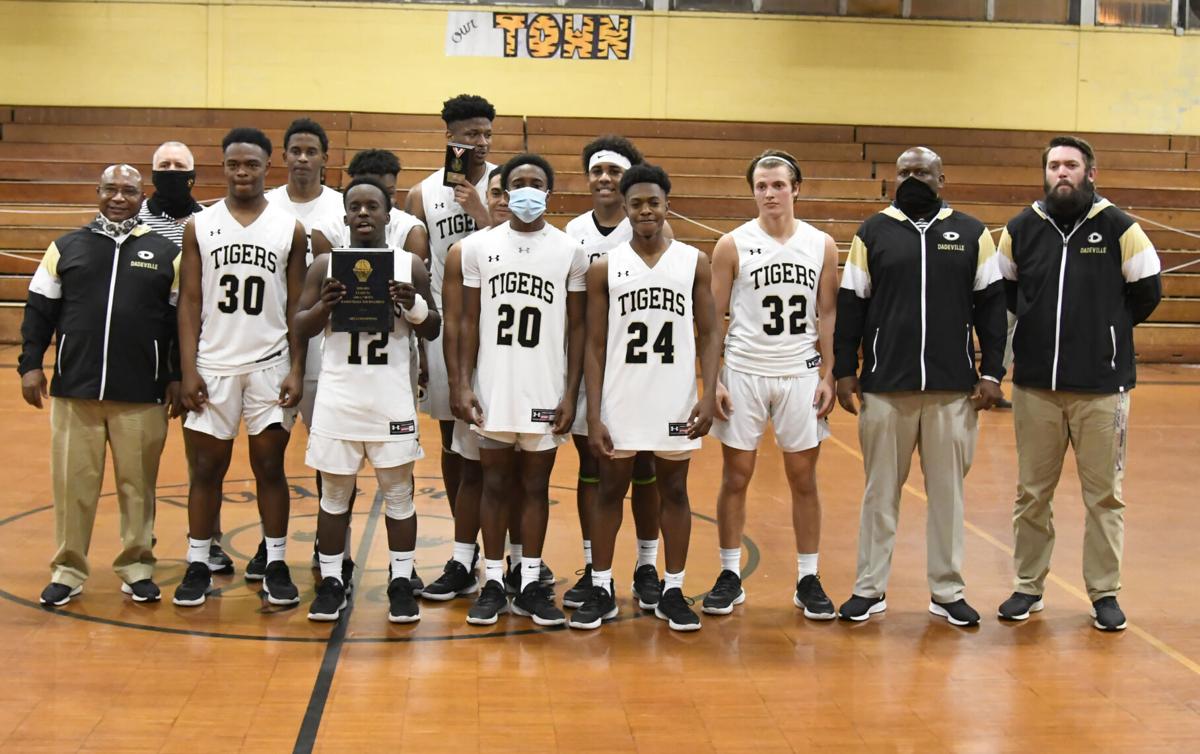 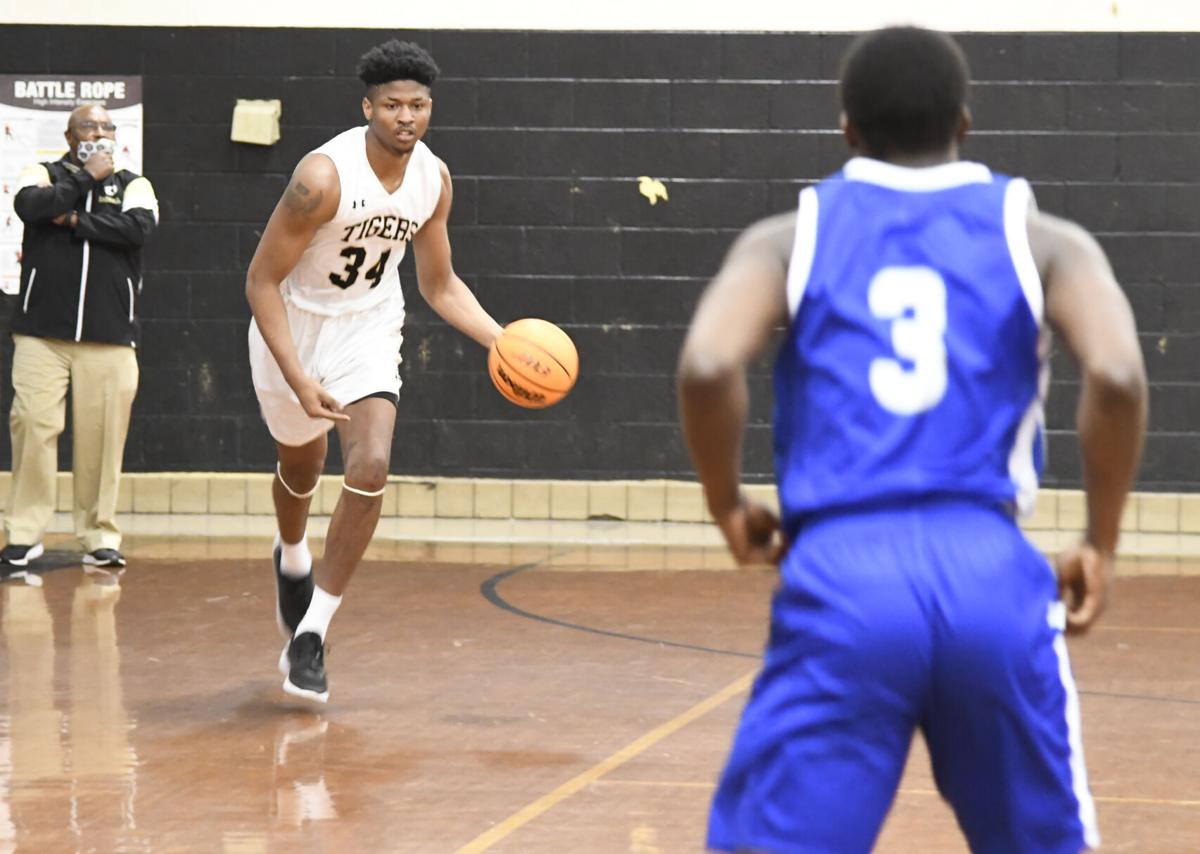 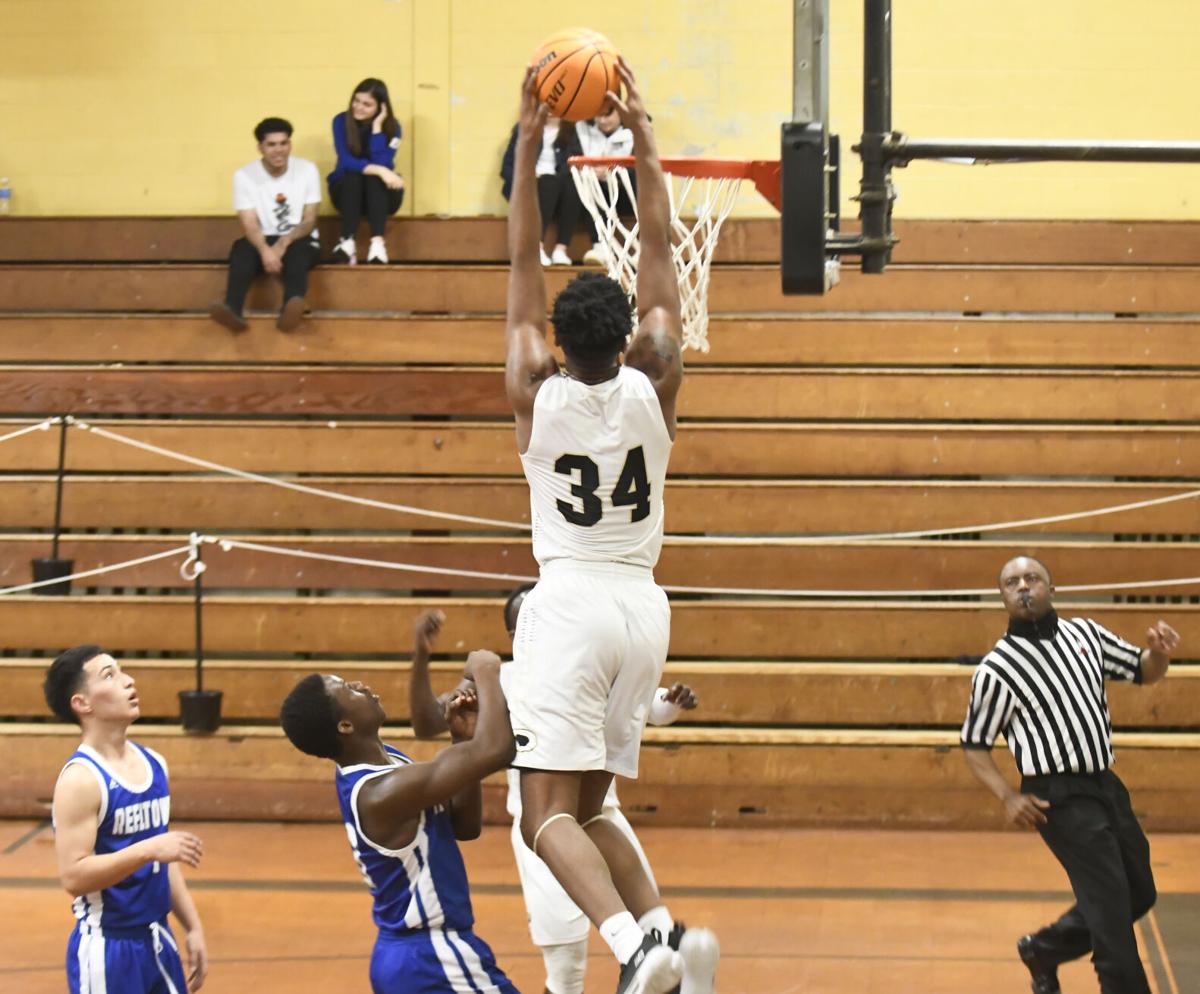 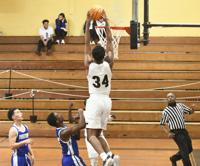 Darius Goodman / Tallapoosa Publishers PJ Eason goes up for the jam before halftime.

Darius Goodman / Tallapoosa Publishers PJ Eason goes up for the jam before halftime.

It took only two minutes for the Dadeville Tigers to pull a definitive lead over the Reeltown Rebels, leading to their third straight area title with a 66-41 victory.

The Rebels reached the area championship for the first time in coach Jonathan Gardner’s seven years at the helm, but the Tigers made sure the journey ended there.

In the first two minutes, the Dadeville Tigers leapt out to a 9-0 lead behind Daquan Doss and PJ Eason. Philstavious Dowdell, Jordan Rambo, Antojuan Woody and Jordan Parker also got into the scorebook.

“Anytime (Eason) is in there we try to let him get some touches and run the floor like he did,” Dadeville head coach Jesse Foster said. “He’s a tough out down there on that block. He’s 6-foot-9 so we tried to take advantage of that.”

The quarter ended with the Tigers ahead 21-6. Reeltown struggled to score early and dug a hole. Part of it was Eason’s size mismatch.

“He sees the floor real well and that’s what hurt us,” Gardner said. “We dug a hole for ourselves in the first and second quarter. I told the guys that we can’t get cold like that and expect to be in the ball game.”

The second quarter found the Tigers cool down a tad but it wasn’t enough as the points kept piling up on the board. Reeltown began to find some points up underneath as recent football commit LJ Hill got hot with an eight-point quarter, but it wasn’t enough to keep up with Dadeville’s onslaught.

The Tigers enjoyed a 22-point lead into the third quarter as Reeltown continued to struggle.

Up 39-17, the ball mostly came to Eason’s hands in the third quarter down low for easy points near the rim and in traffic.

Gabe Bryant was Reeltown’s bright spot with eight points coming from him in the third quarter, but the Tigers remained out front by 27 points.

As the fourth quarter arrived, the clock was running out. Reeltown put up 11 points in the final quarter, nine of which came from three territory. The Tigers were able to put in their subs for the most part of the final quarter to seal the 66-41 victory.

“We played much better in the second half, I liked our energy. I liked our fight and we didn’t give up,” Gardner said after the game. “I told them it was time to prepare for next week and we need to work on what we can do for next week.”

With next week already on the minds of the coaches, the opponent for their respective games will be decided over the weekend. The size that Eason provides should be an advantage for the Tigers regardless of the matchup.

“We’re ten times better when he’s in the lineup cause he protects the rim for us and he can finish at the rim,” Foster said. “We love to have that joker in there. It’s one and done now, ain’t no tomorrow. We’ve gotta have a great practice Monday and come in here and take care of business on Tuesday.”

The Tigers will host the loser of Saturday’s match between Montgomery Catholic and Trinity on Tuesday.