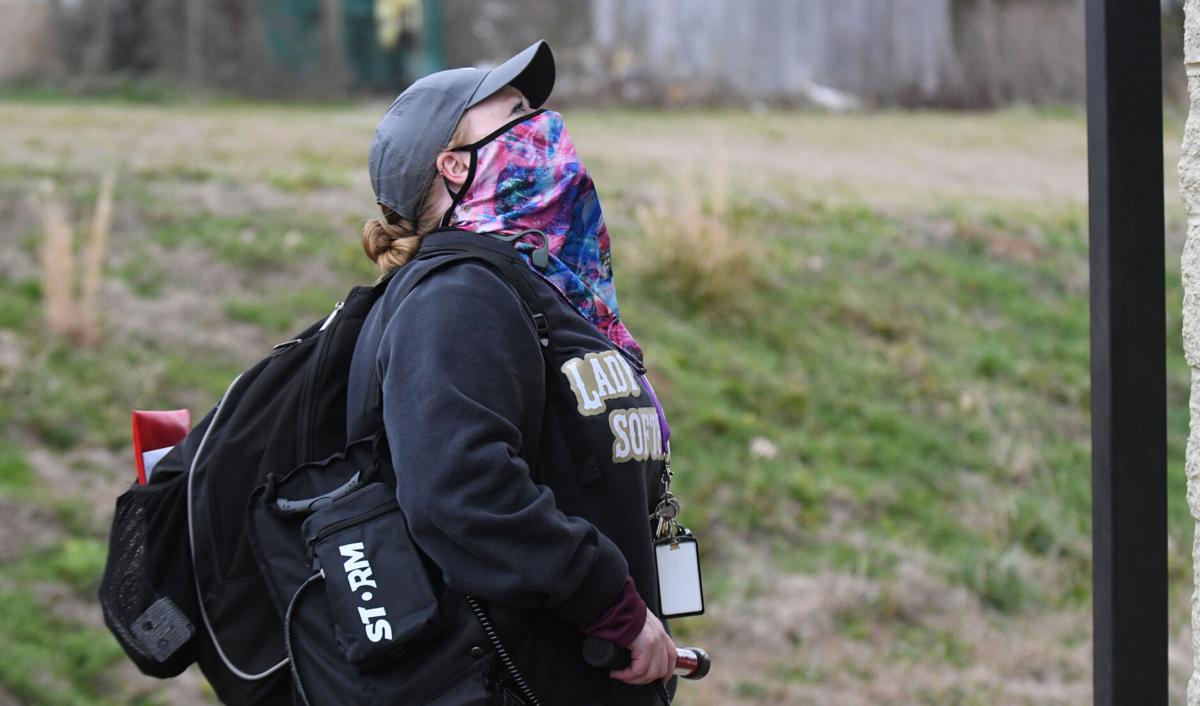 Darius Goodman / Tallapoosa Publishers Jordan McGuire chats with an athlete ahead of practice and before spraying equipment. 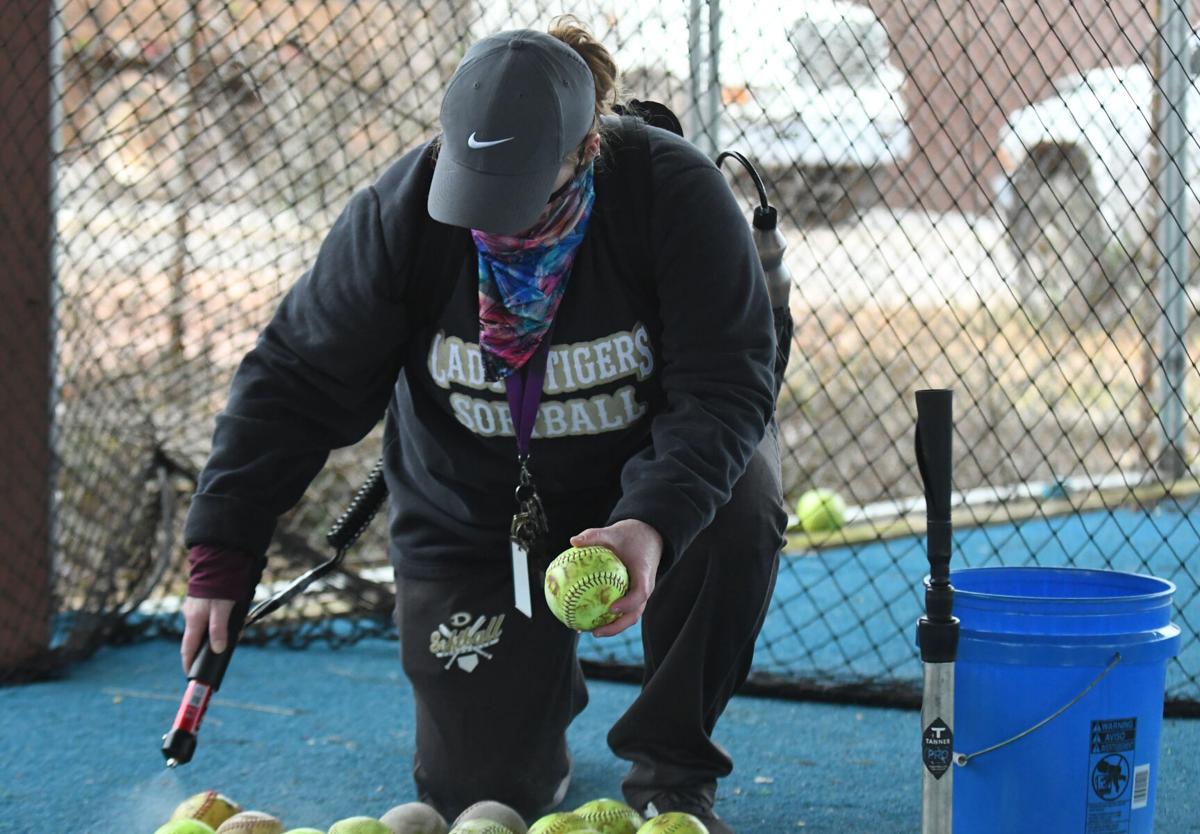 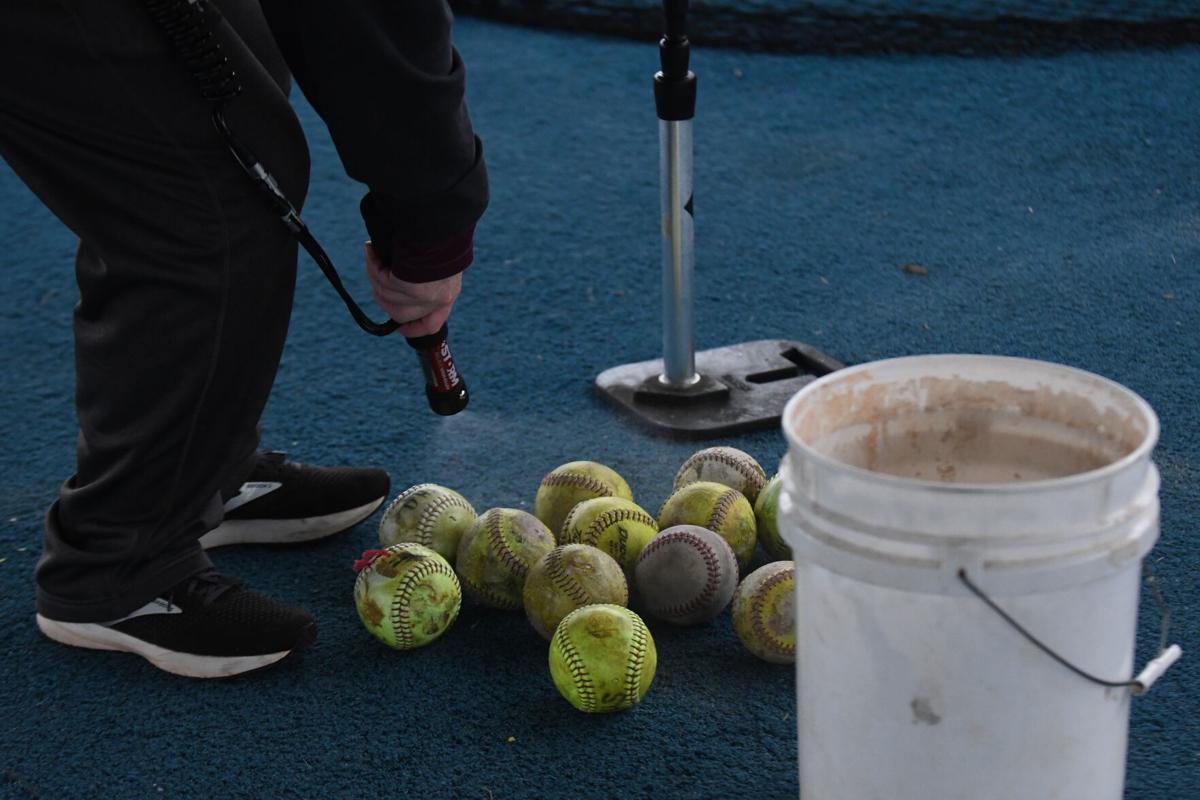 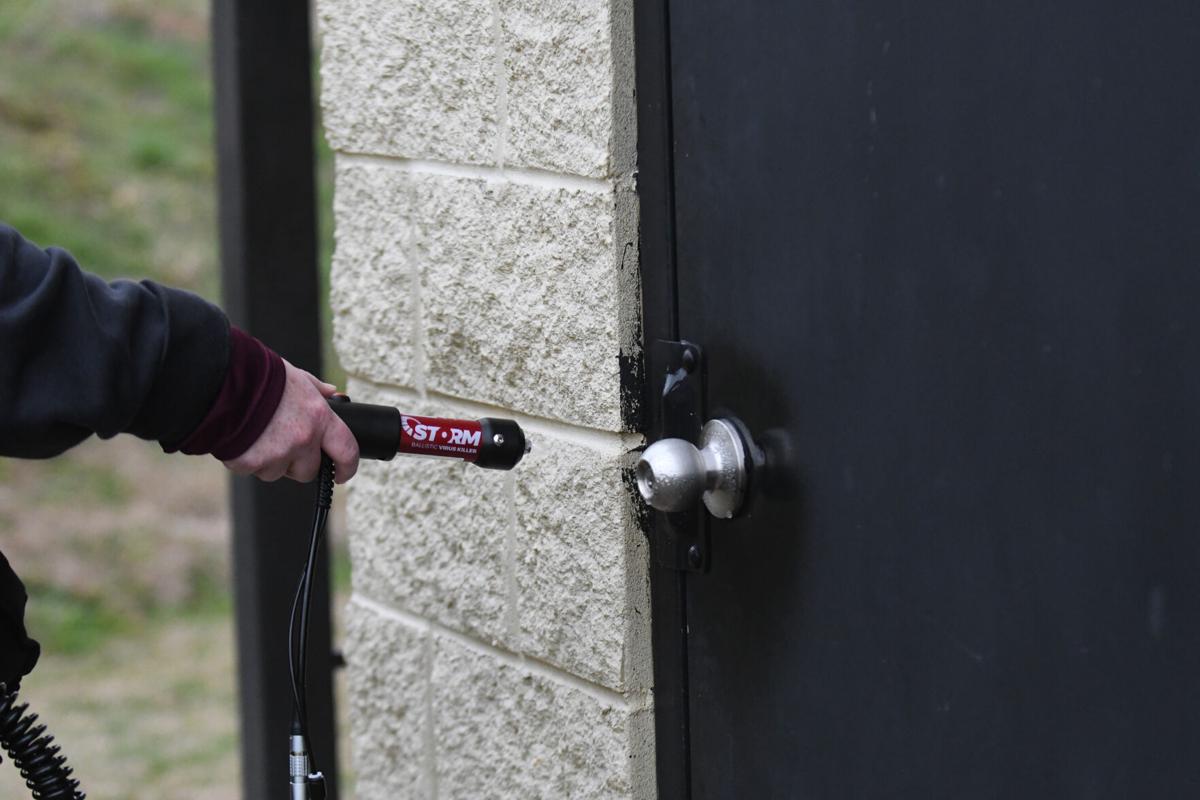 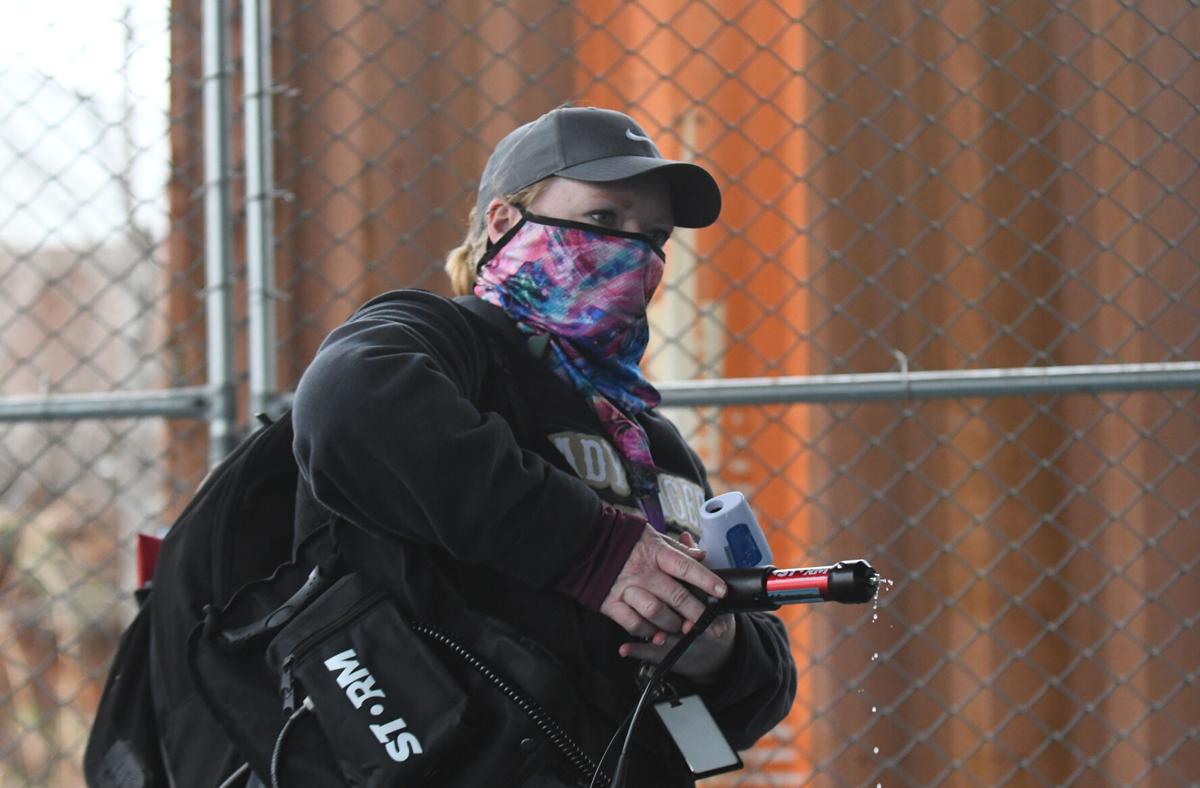 Darius Goodman / Tallapoosa Publishers Jordan McGuire gets ready to spray equipment at Dadeville High ahead of practice to protect their athletes.

Darius Goodman / Tallapoosa Publishers Jordan McGuire chats with an athlete ahead of practice and before spraying equipment.

Darius Goodman / Tallapoosa Publishers Jordan McGuire gets ready to spray equipment at Dadeville High ahead of practice to protect their athletes.

The Dadeville Tigers softball program is knocking off practices and rosters are beginning to take shape ahead of their season opener.

Starters aren’t decided yet for the softball teams, but the pitcher and catcher combos can rely on who they’re playing when. Coach Jordan McGuire breaks down her thought process behind those decisions.

If a pitcher struggles against a certain team earlier in the season, the Tigers will find a different pitcher on their bench to do the work the next time they face that program.

Earlier this week, the Tigers brought back one athlete from quarantine while their junior high squad was in quarantine. The other half of the junior varsity team is currently playing on the Dadeville Tigers girls basketball program.

McGuire said having her players in other sports is not a hindrance; it’s actually a boost.

“If they’re multi-sport athletes, they’ve got that athletic nature about them anyway,” McGuire said. “Once they get out here, basketball is in the past and they’re ready to grind on whatever we’ve got for them. They’re just hungry for any kind of competition they have and getting better. Really, I think it helps more than anything to have multi-sport athletes.”

This season is a feat within itself for McGuire, who coaches over at the middle school during the day. It comes with perks—she can see the rising talent—but she isn’t on campus to see her girls throughout the day.

“It’s very different,” McGuire said. “I have coached at another school and was the science teacher and saw most of my students every day. It’s a lot harder communication-wise getting back and forth and telling them where practice is, what we’re doing and various other things that can change so quickly during the season. If we have a rainout, it’s crazy. It is difficult, but the other aspect is I see other athletes coming up. There’s pros and cons.”

Recruiting of softball athletes is a bit tougher in Alabama as the season occurs during the time when many colleges are playing games. The only way to get eyes on the athletes is online.

“Because our season is at the same time, they hit up tournaments and do a lot of travel ball like one of my senior’s cause she does travel ball in the fall,” McGuire said. “In the spring, we have to upload a lot of videos and keep their stats up to date and a lot of coaches reach out.”

COVID ended the Tigers’ season prematurely last season, but with the AHSAA setting new guidelines to get the seasons in, McGuire is actively protecting the athletes each day.

“Most years, we have an upstairs and every team gets dressed upstairs,” McGuire said. “This year we try to split up locations. I have a new sprayer that I spray all the equipment down with in between practices and rotations. When we’re doing our cage work or field work, each set or group will rotate with the same balls that they started with. At the end of each day and beginning of each day, I sanitize the rooms and sanitize equipment.”

There’s a lot of work being done from the AHSAA this season and McGuire is glad they released the new guidelines because it means the sanctioning body is looking forward to them having a season.

“We had to put some new procedures in place to abide by them,” McGuire said. “We had to change up the schedule a little bit so that our girls can have a successful season and play most of our games.”