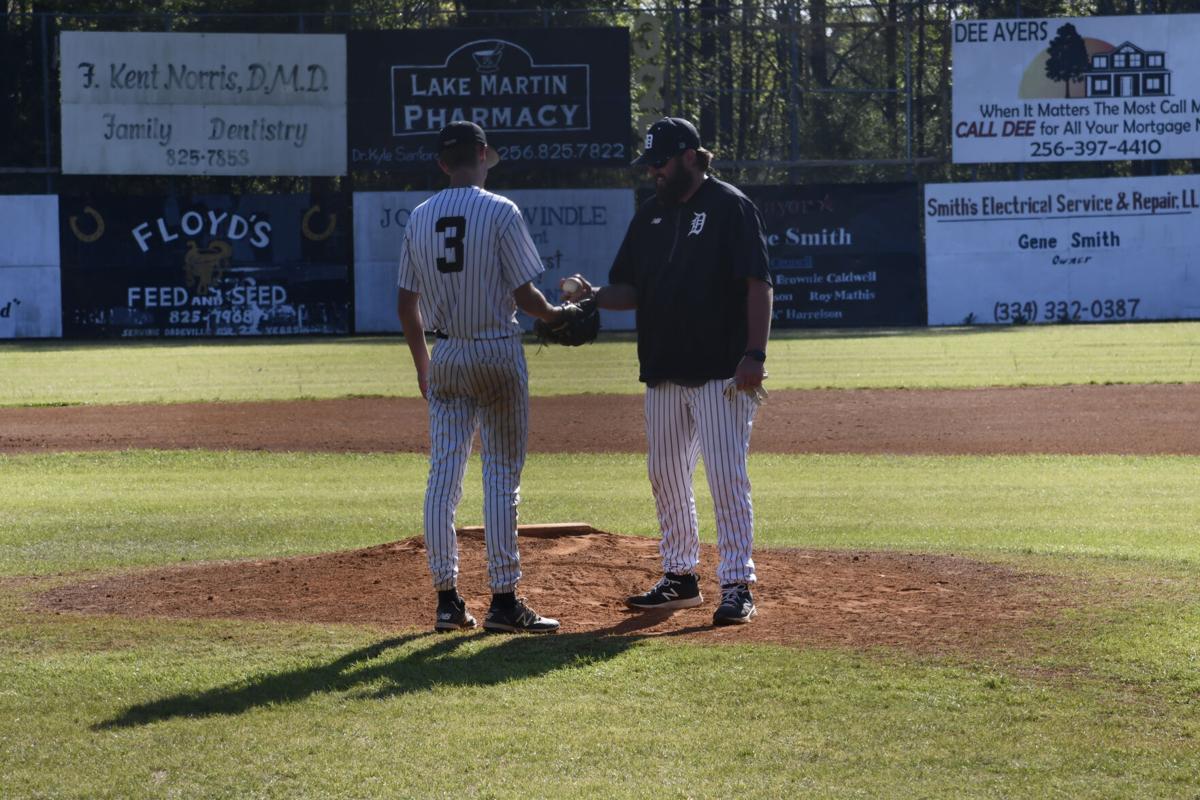 Tripp McKinley gets the ball from Curtis Sharpe at the mound. (Darius Goodman/Tallapoosa Publishers) 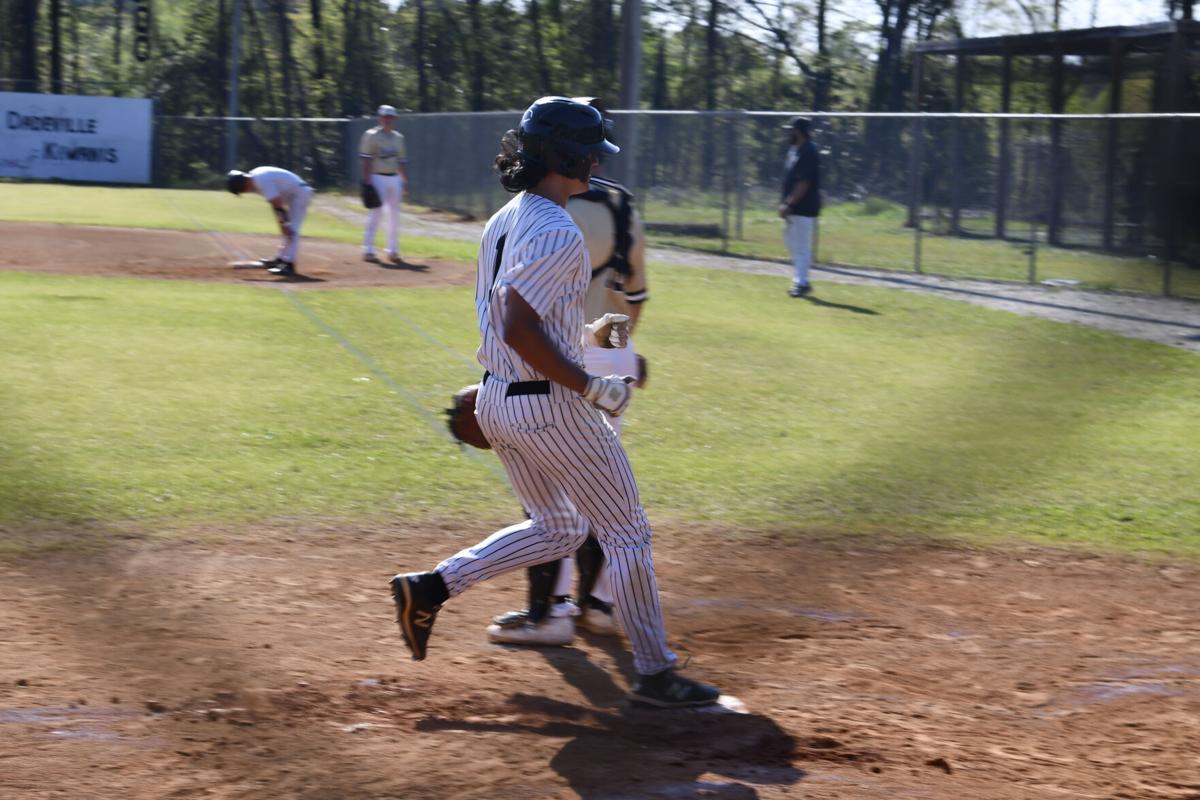 Lane Smith crosses the plate early in the game for a Dadeville run. (Darius Goodman/Tallapoosa Publishers) 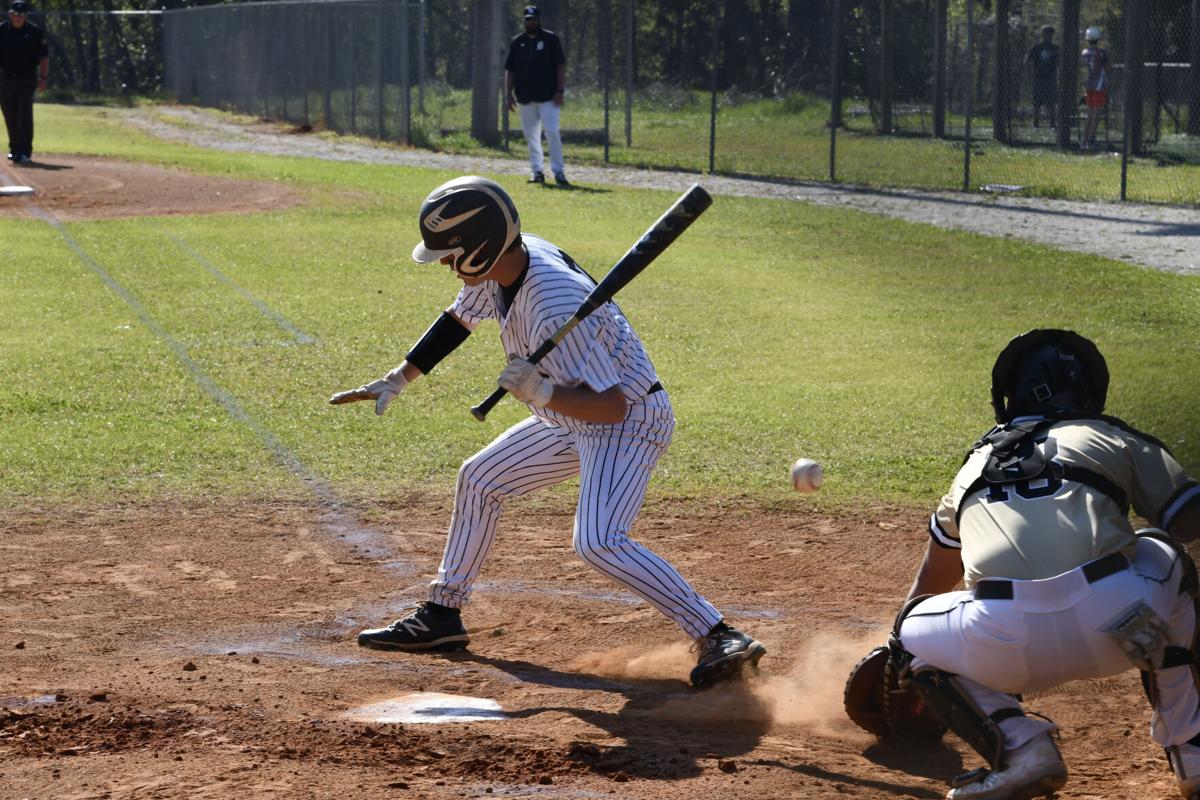 The ball bounces back up behind Dadeville’s Walker Spraggins. (Darius Goodman/Tallapoosa Publishers)

Tripp McKinley gets the ball from Curtis Sharpe at the mound. (Darius Goodman/Tallapoosa Publishers)

Lane Smith crosses the plate early in the game for a Dadeville run. (Darius Goodman/Tallapoosa Publishers)

The ball bounces back up behind Dadeville’s Walker Spraggins. (Darius Goodman/Tallapoosa Publishers)

No team likes having their backs against the wall, but the Dadeville Tigers kept fighting through to the end.

Throwing their best pitcher in Tripp McKinley, the Tigers really took off early in the contest scoring a few early runs. All-in-all, 11 batters connected on pitches that led to the 12-0 victory.

Walker Spraggins was credited with a home run as well in the contest while McKinley threw the five-inning contest in its entirety.

“It’s an awesome feeling to get in the playoffs,” Dadeville coach Curtis Martin said. “I know we will finish runner up and it is disappointing but I think it was a blessing in disguise. Tough series loss last week gave us some motivation to not only finish the season strong, but we are going to play with a chip on our shoulder. This final stretch of the season is redemption. Picking ourselves up and doing whatever it takes to make a deep run in the playoffs.

“We’ve got potential to make a deep run and open some eyes in the playoffs,” he continued. “I’m ready to see what’s in store for us moving forward.”

The 11 hits came from eight of the nine batters in the lineup Tuesday, the one who didn’t connect for a hit was walked.

“We had 11 total hits and everyone in the lineup got on base at least once,” Martin said. “That’s always a plus when everyone in the lineup can contribute. Baseball is a game of energy and momentum. It was good to see how we fed off each other, took care of business and gained some confidence at the plate. It was a good day.”