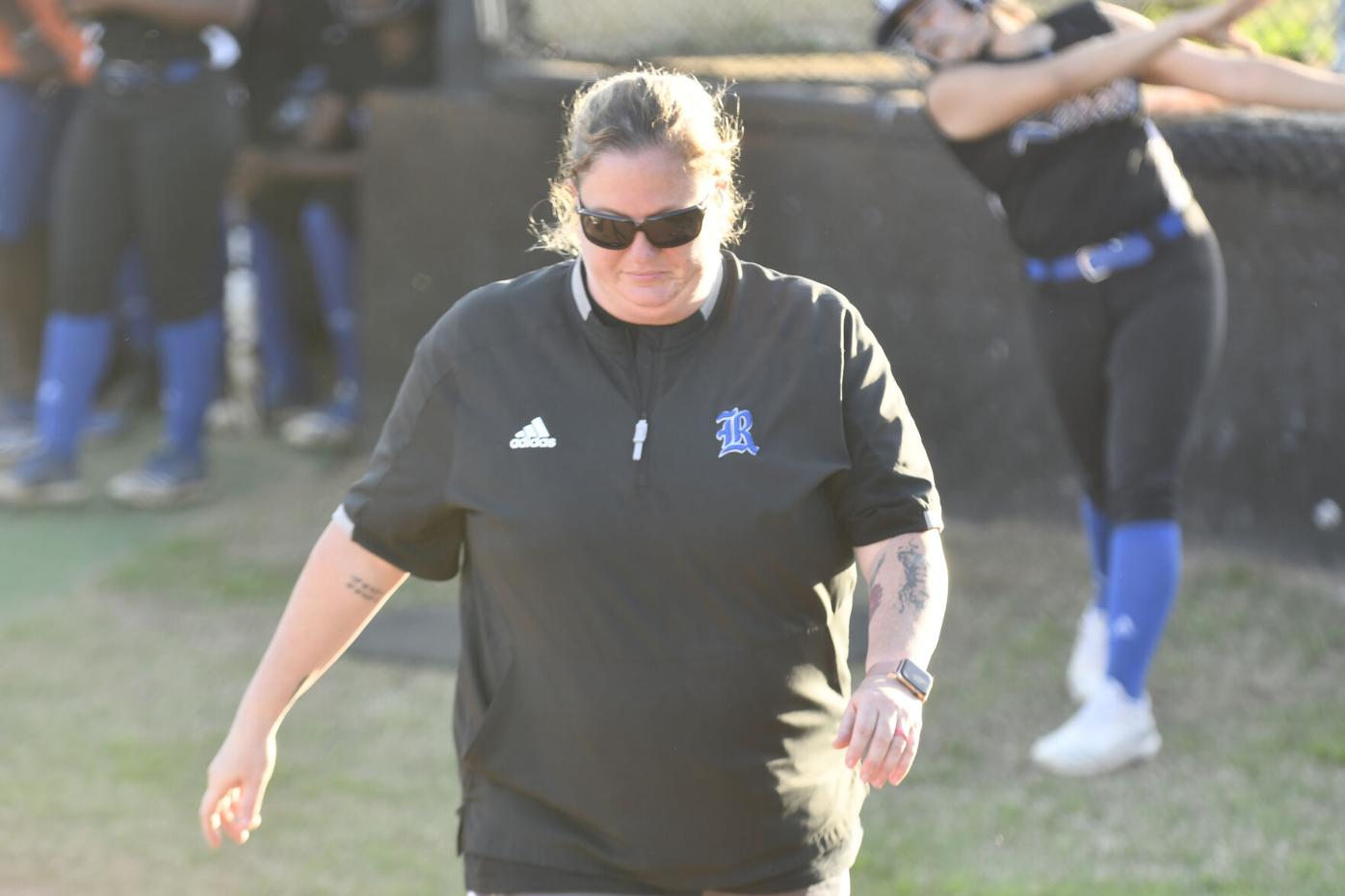 Reeltown head coach Kelli Hilyer heads towards the third base line during the game against Dadeville. (Darius Goodman/Tallapoosa Publishers) 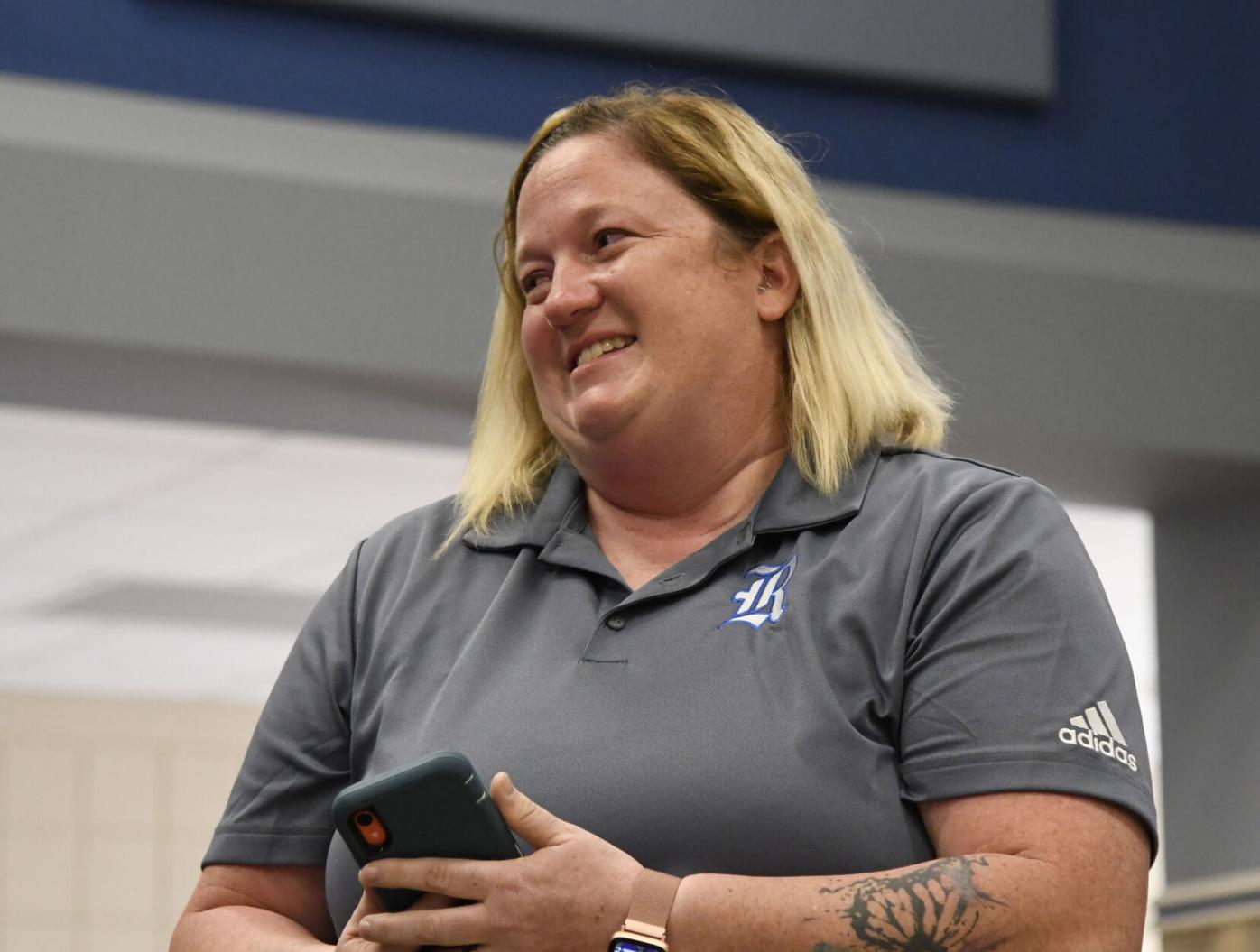 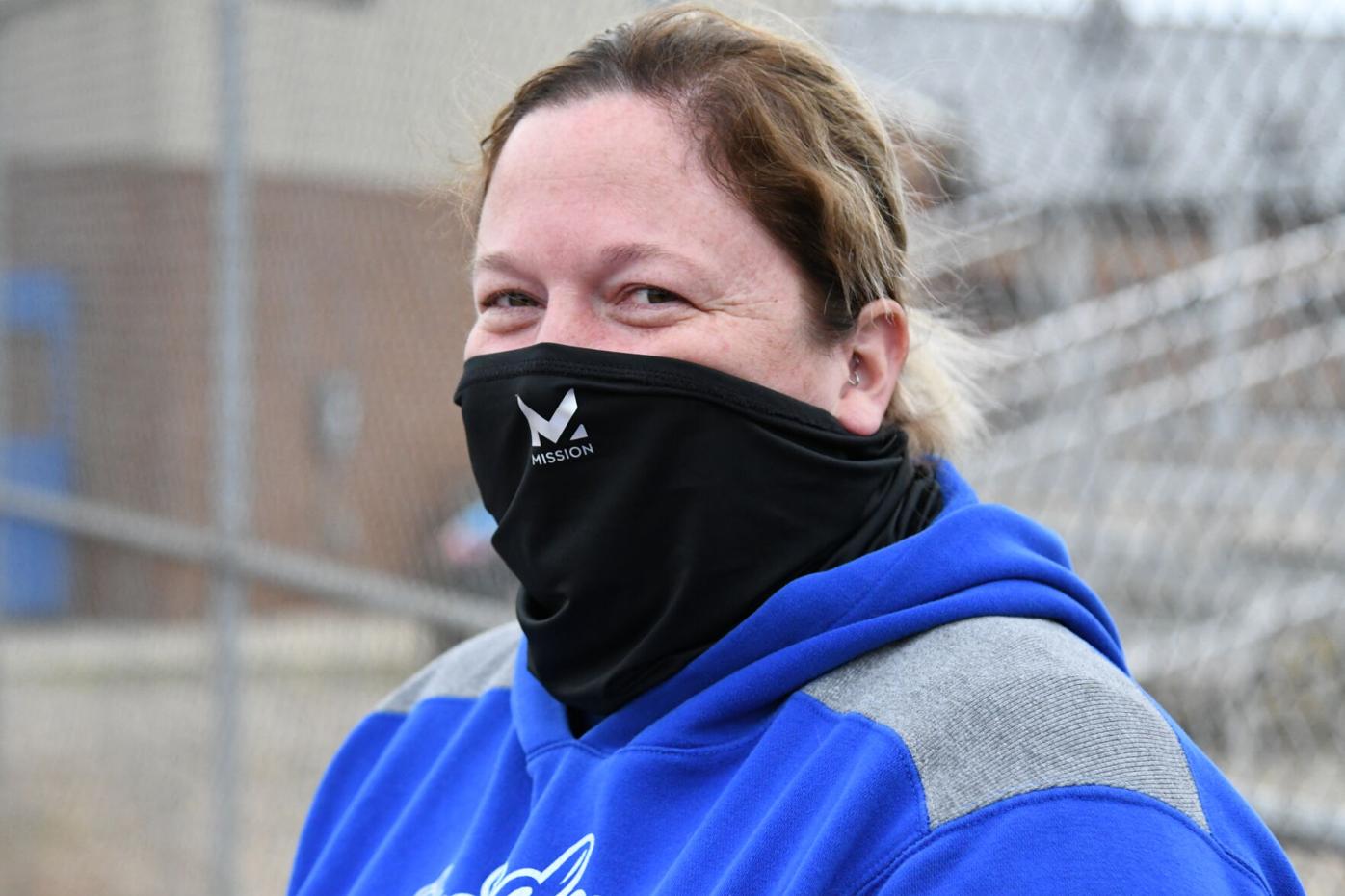 Darius Goodman / Tallapoosa Publishers Kelli Hilyer during practice early in the season is not too worried about the slow start her program has had. 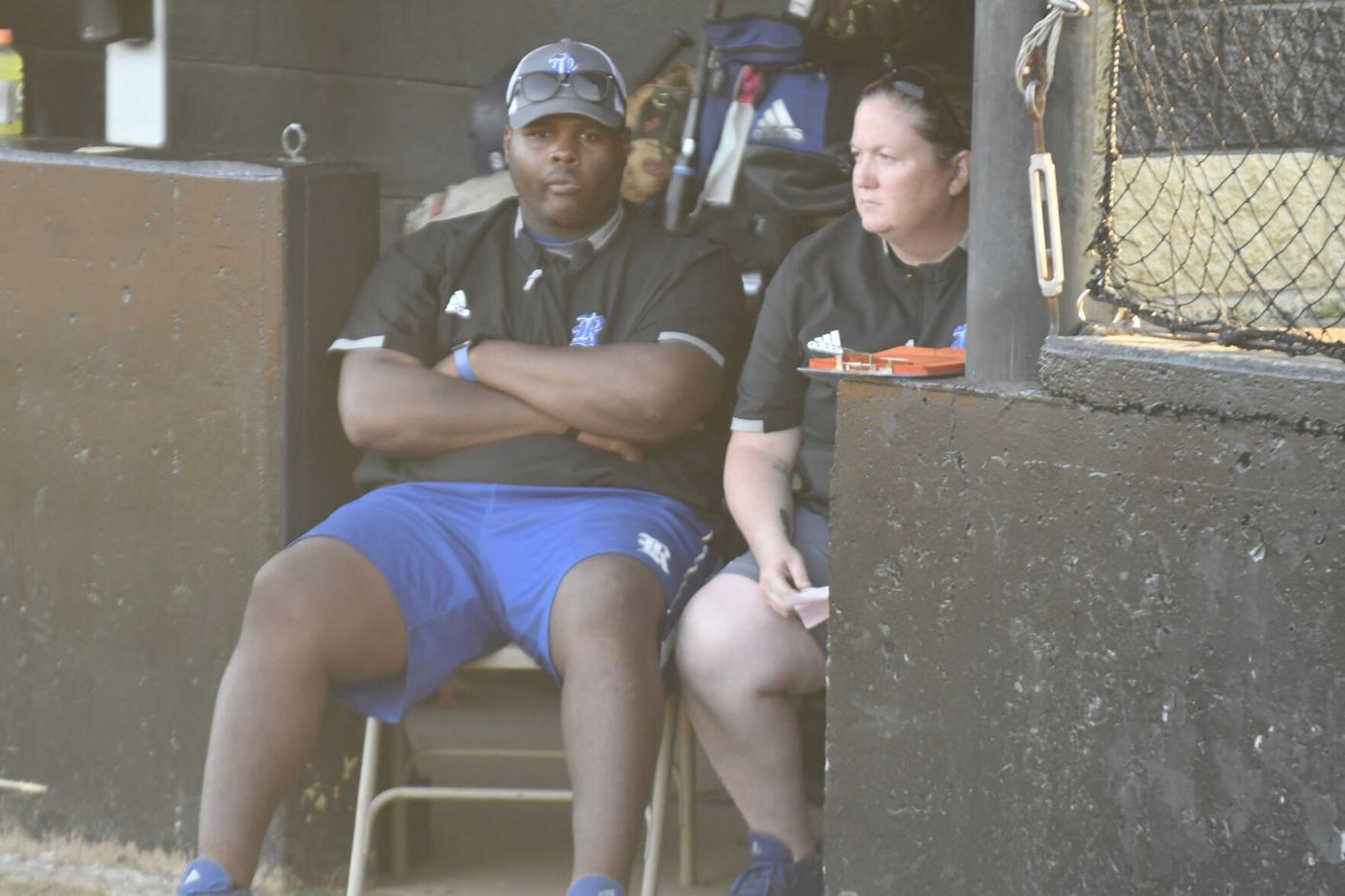 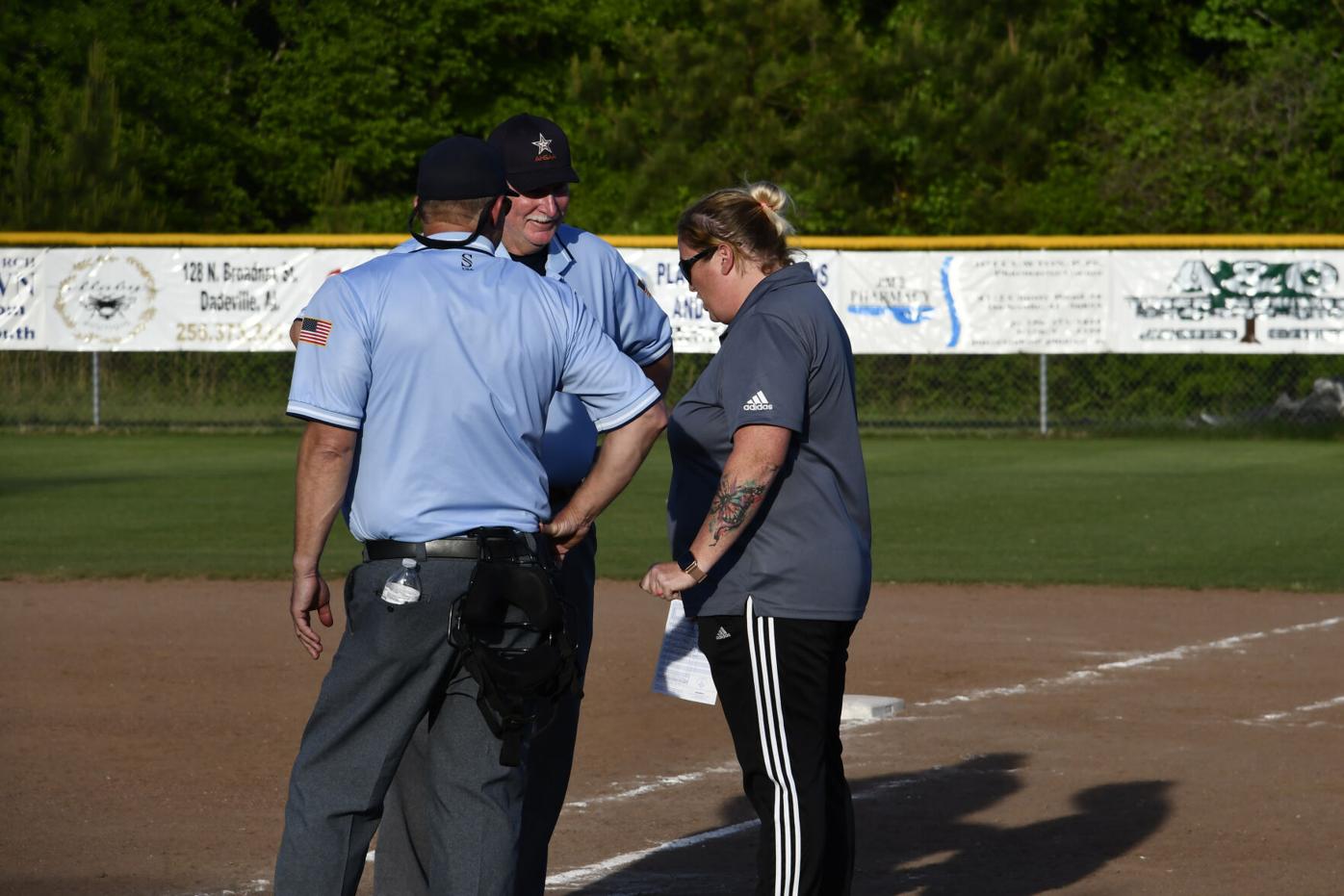 Reeltown head coach Kelli Hilyer heads towards the third base line during the game against Dadeville. (Darius Goodman/Tallapoosa Publishers)

Darius Goodman / Tallapoosa Publishers Kelli Hilyer during practice early in the season is not too worried about the slow start her program has had.

The Reeltown Rebels softball program had a unique season as they managed to battle through adversity.

Reeltown played their way into Regionals with some close games, finishing second in Area to reach the regional stage.

Reeltown may still have ended up with a losing record regardless of whether they would’ve won their way out of the losers’ bracket and to the state championship game.

It’s that fact and the fact they overcame Childersburg in the opening day of Regionals that led to The Outlook selecting head coach Kelli Hilyer as the softball Coach of the Year.

“It is a great honor to be chosen as the Coach of the Year,” Hilyer said. “It shows me that all the hard work that not only I put in, but the team and my assistant coaches put in, is being recognized and that feels great.”

Winning over Childersburg was a feather in the cap in hindsight as it showcased the Rebels’ hard work throughout the season.

“I knew by the time we made it to postseason we would be at our peak,” Hilyer said. “I purposefully schedule regular-season games and tournaments that will challenge us and push us to get better and it worked out in our favor again this season.

“During the Childersburg game, that hard work showed up,” she continued. “We were down by eight in the third inning when our bats and base running came alive. Once our bats came alive it seemed like we did not stop scoring and that energy just crossed over to our defense.  So once again, that fight the team exhibited at the area tournament showed up and we ended up on top.”

Reeltown’s goal in 2021 was to make the postseason and they succeeded, but the games and teams they faced leading up to Regionals prepared the team for the extreme battle ahead. The program was in an elimination position during the area tournament and in the fifth inning, they responded.

Reeltown scored four runs and then knocked another two in the sixth and even added one more in the seventh while their foe fell short.

Hilyer says that the game demonstrated the never-give-up attitude on both sides of the ball.

“I always knew this team had it in them to make it that far in the postseason and to watch them put in the work and believe in themselves was what made me the proudest,” Hilyer said.

The senior class at Reeltown is on to new things after the summer as they go to college and do more things as players at the next level.

For Hilyer, she says that each year she hopes the senior class steps up and leads. The seniors did as much this season in Hilyer’s eyes.

“This group stepped up and held each other accountable as well as each member on the team,” Hilyer said. “This senior group also had offensive and defensive leaders. Bentley Baker and Kenzie Hornsby were among the top four in batting average, on-base percentage, and slugging percentage, as well as being a staple in the infield. Karlee Cotten was solid at first base, along with being a part of turning a triple play at Regionals, and put in some solid work as one of our pitchers. Tikiara Brooks was one of our staples in the outfield as well as our number nine hitter. Breana Ewell had a great first part of the season as one of our catchers and infielders until she was injured, but that didn’t stop her from being a great leader. Year in and year out, our senior class lays the foundation for the ones coming after them and this group was no different.”

Although the senior class is going to be gone when the program takes the field again in 2022, the Rebels should still have a bright future when the AHSAA softball season starts up again.

“The majority of the team is returning and the experience we gained this season in a new classification will only elevate them further,” Hilyer said. “I’d like to think that this first year of 3A competition for Reeltown softball was just the beginning and a way to show that we are going to be competitive in whatever situation arises. Our future goals will be to, at a minimum, achieve what we did this year and go beyond that.”

For Hilyer, the work is already beginning for the 2022 season. She may be on the sideline during volleyball but she’s already working on the schedule for 2022 and has a few more tournaments to add to it.

There’s also time to be in the weight room during the summer schedule. Hilyer says that the team is excited to get back into the weight room for 2022 because it builds muscle and character as well as confidence.