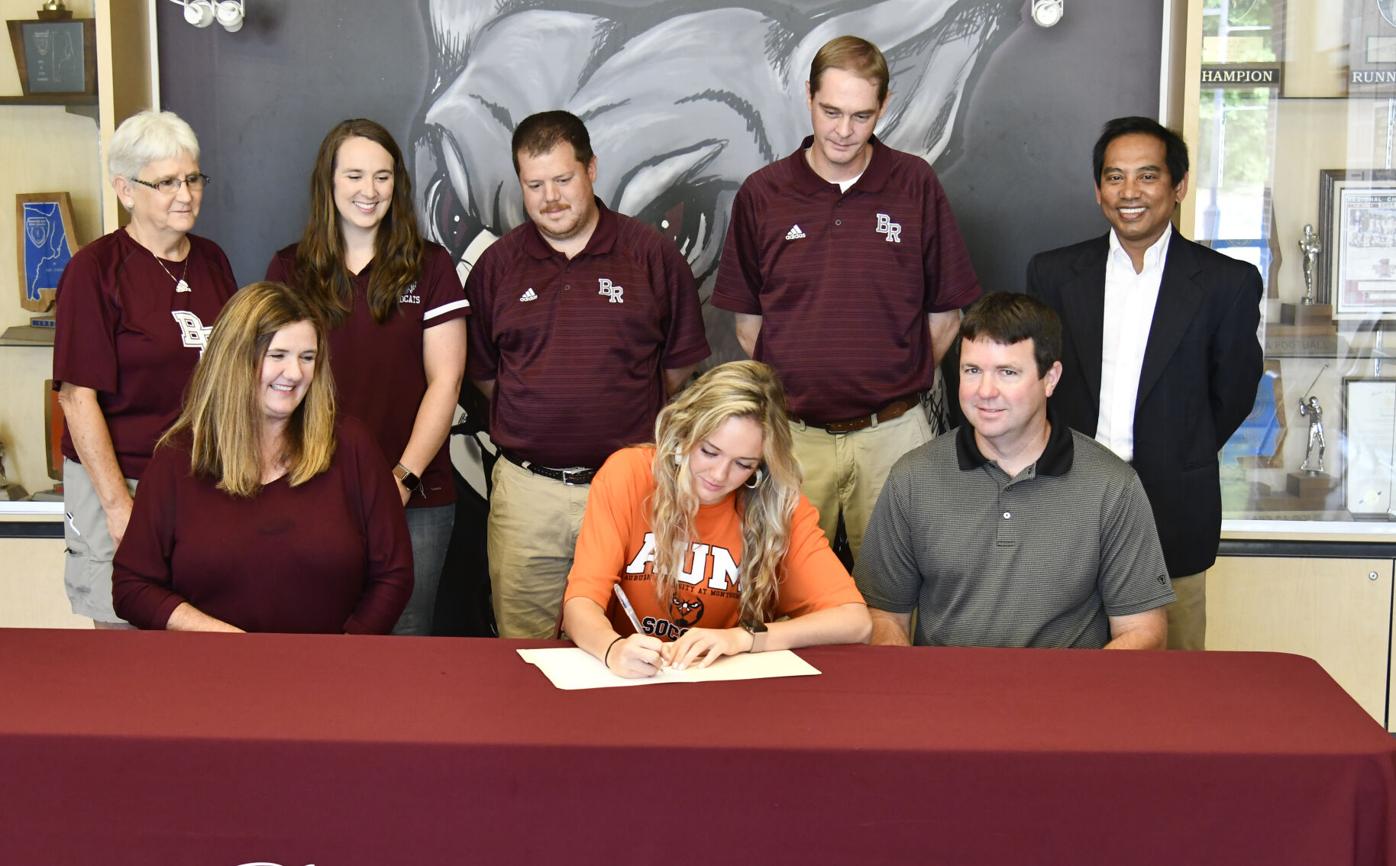 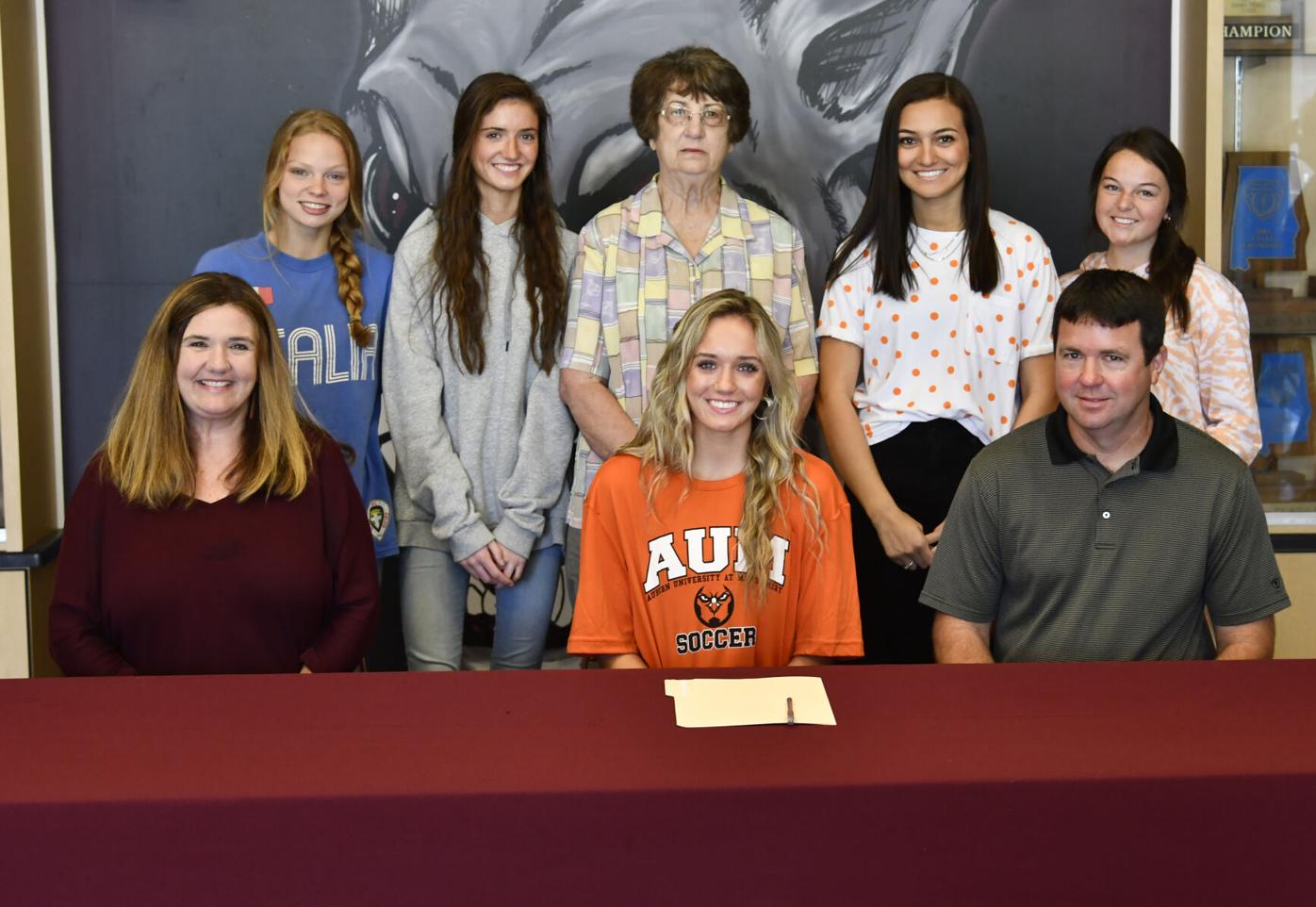 Abigale Sims had to wait awhile before signing due to weather but the excitement and smiles were all there when Sims signed to Auburn University at Montgomery Monday morning.

With family, teammates and coaches in attendance, Sims signed to continue her athletic and academic career. Girls’ soccer coach Lee Wagoner, who was in attendance for the event, said that Sims was moved up to varsity at a young age as she found some roles as a seventh-grader.

“First of all, this is a testament to Abigale’s hard work over the years,” Wagoner said. “She put in days, weekends, nights through the high school level and her club level. Her hard work has paid off today with her being able to sign with a class program like AUM. It’s also big for the Benjamin Russell program just showing that we have the talent available in our area. If the hard work is put in, they can achieve those dreams of going and playing college soccer.”

On the other side though, Wagoner saw Sims grow up and adapt to the game.

From role player to starter, Wagoner says that Sims earned her starting spot.

“Just throughout her career she has played the role of scorer, distributor and a great all-around teammate,” Wagoner said. “I saw her take her game to another level this year. She did a lot of scoring last year because she felt like she had to and she took that burden on. This year she became a more well-rounded soccer player and became a leader and distributor.”

AUM finished 1-5 on the season and 1-4 in conference play.