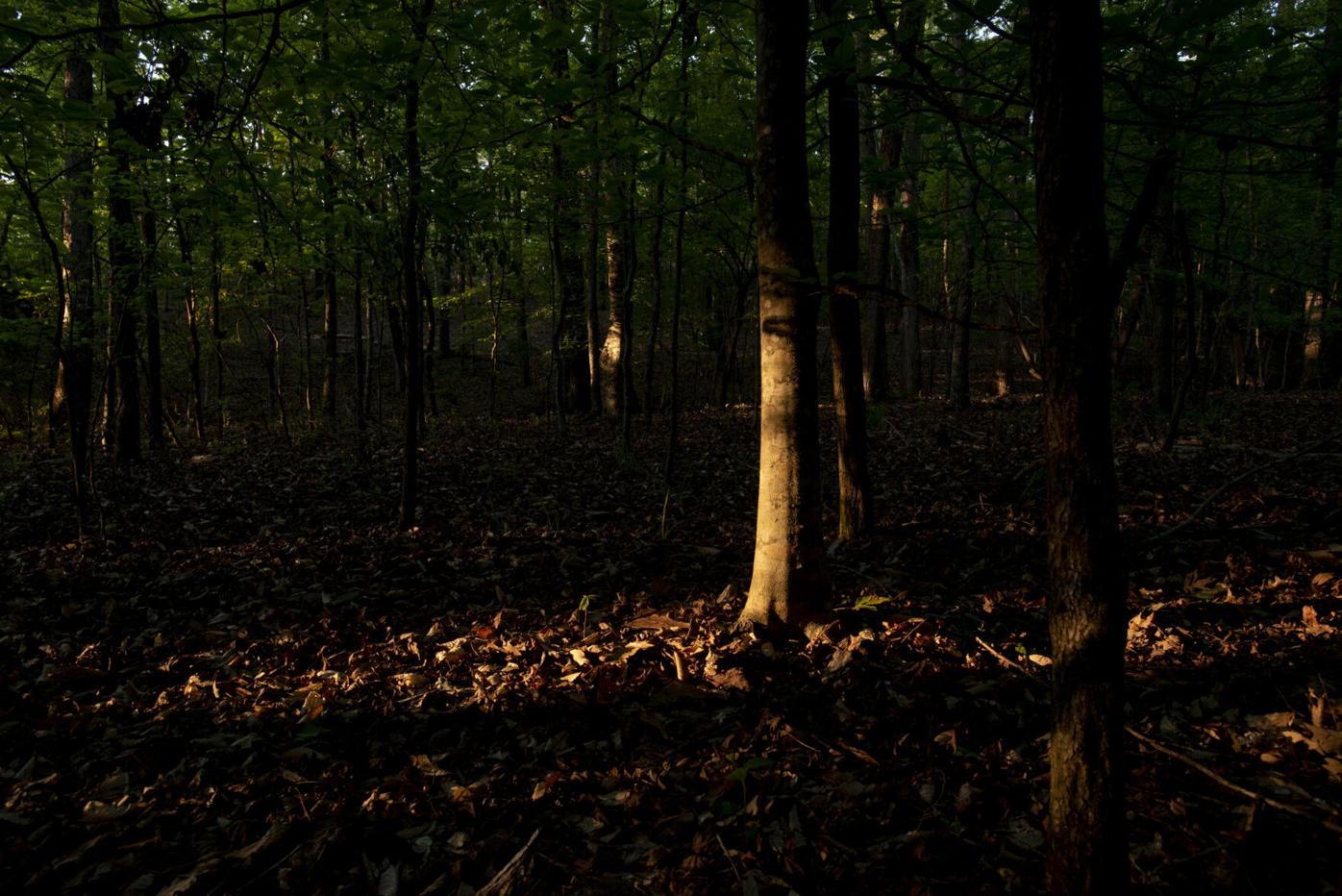 A small patch of sun fell on a tree near the Deadening Trail Tuesday. 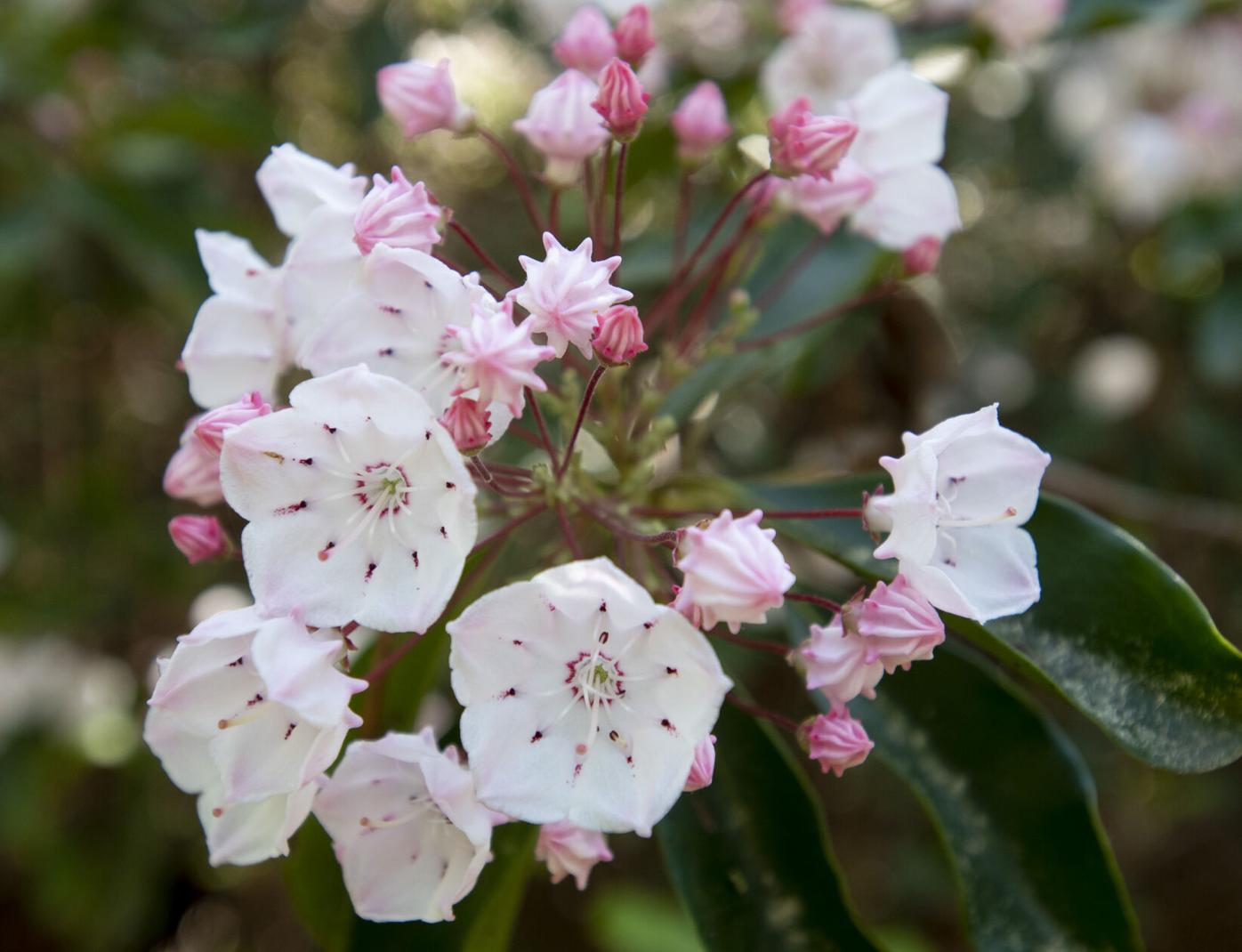 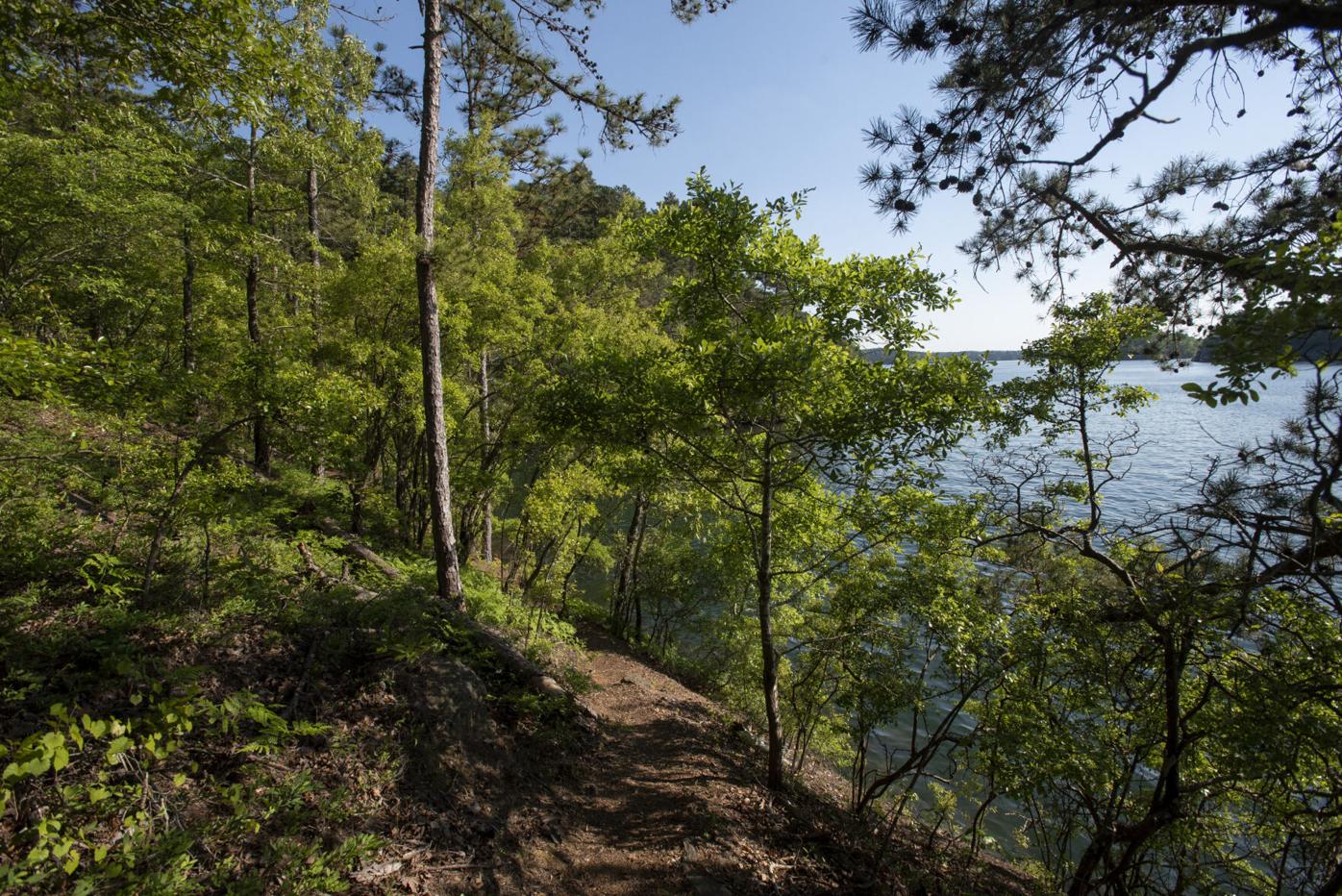 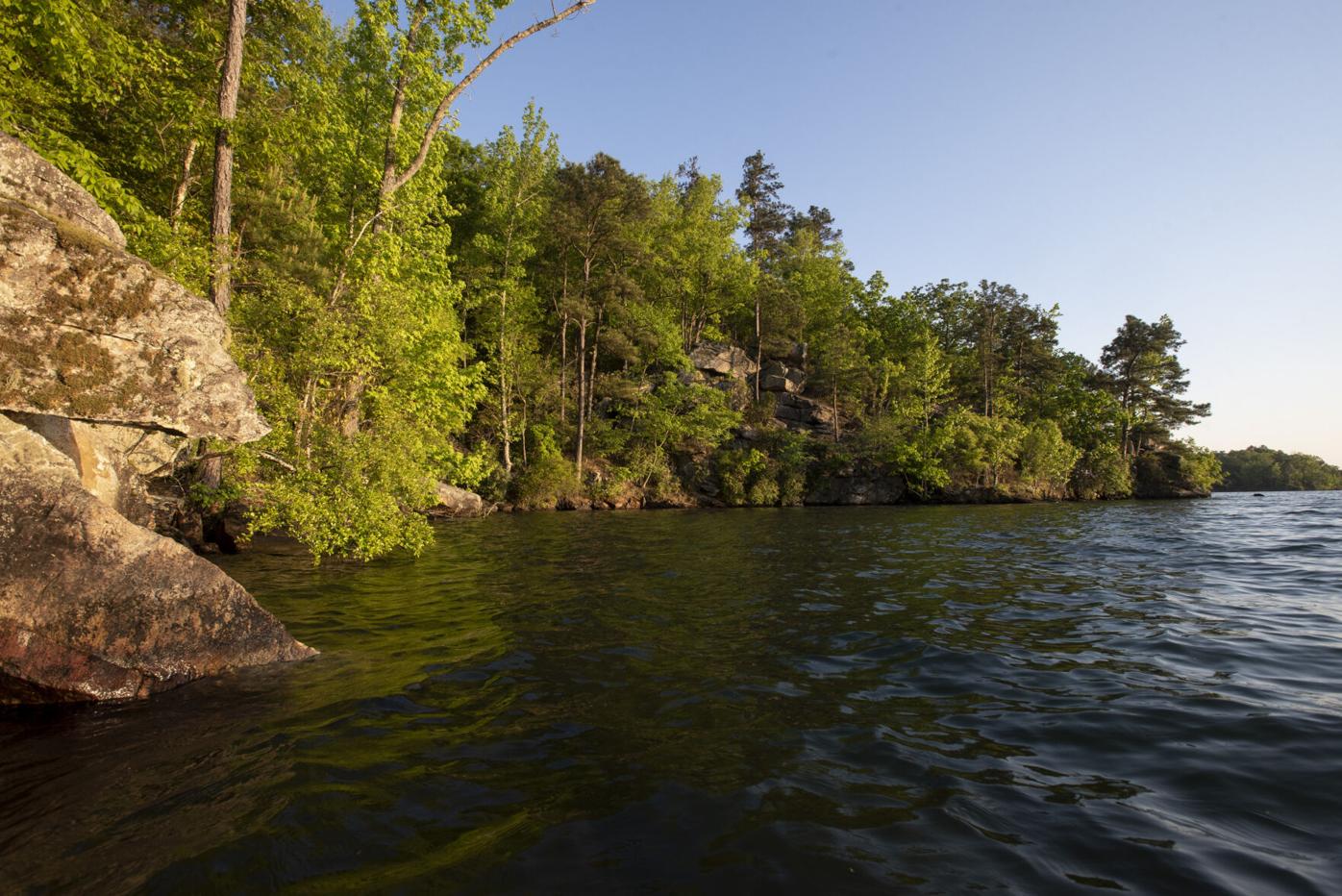 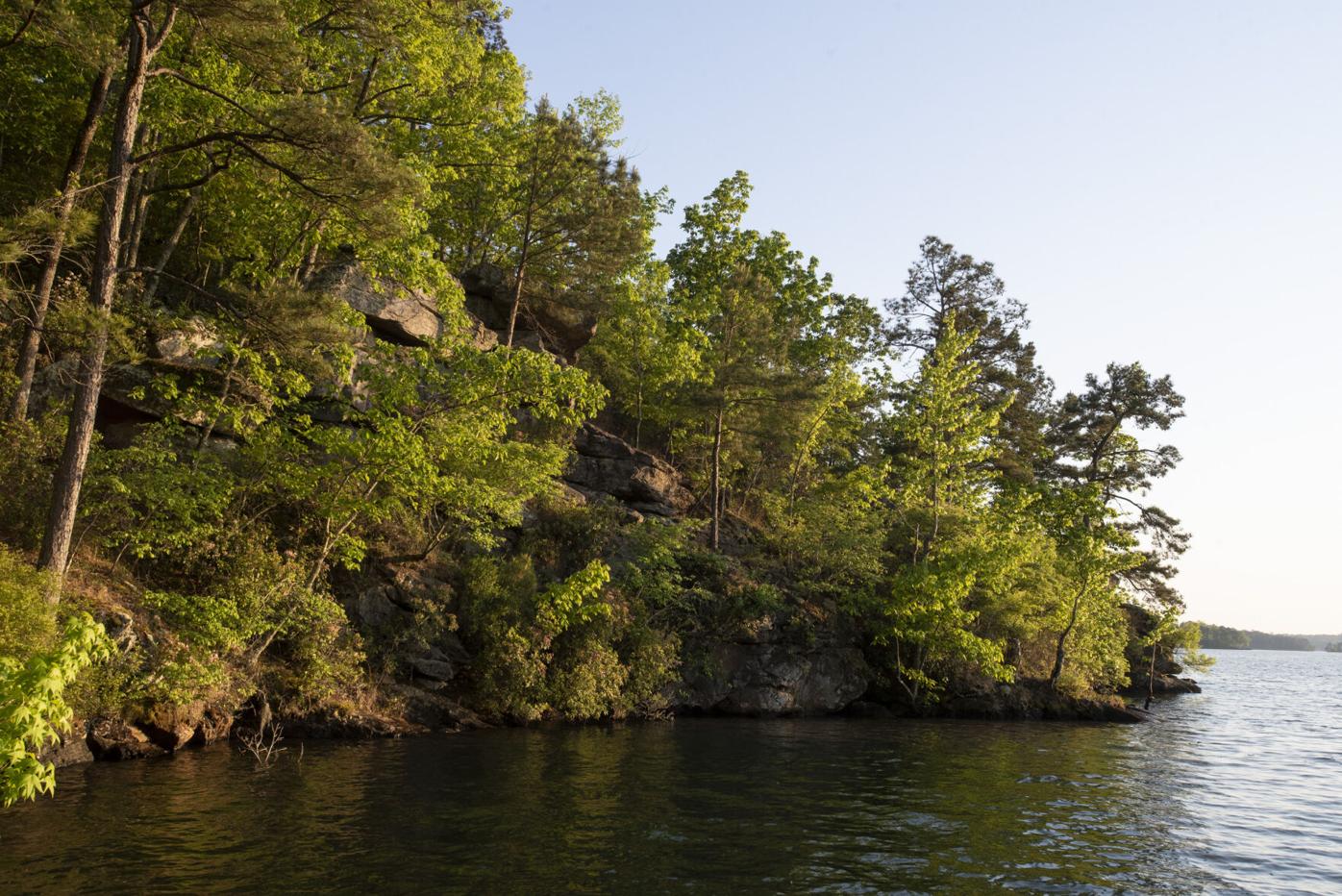 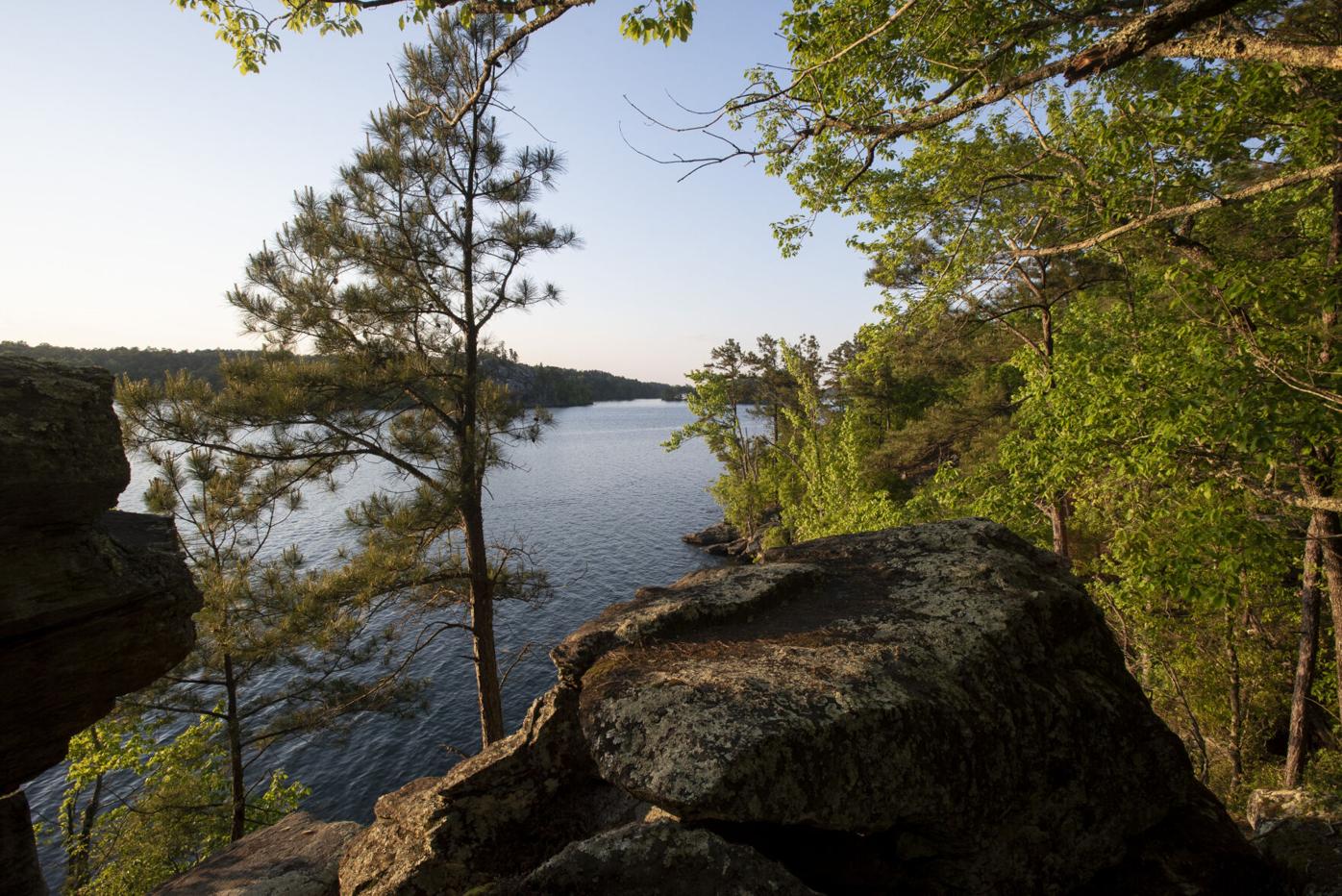 I needed a break earlier this week, something about clocking 51 hours.

I needed to stop the barrage of input my mind was receiving.

My temper was growing shorter.

My mind needed a rest.

I decided to unplug, no phone, no internet, no nothing. I let some folks know where I was going, after all my contact with the speeding world was being left behind for a while.

The weather was nice. The sun felt warm on the skin. The pollen, well it was tolerable.

Hiking was an easy decision.

I love the trails of the Cherokee Ridge Alpine Trail Association and it had been a year since I was on The Deadening. I figured boat traffic would be down and only a couple of jumpers at Chimney Rock would disurb the quietness along the bluffs.

I was enjoying the blooms under the cover of the tall long-leaf pines. The occasional squirrel scurried away. Lake Martin came into view with beams of sunlight filtering through the treetops.

I didn’t hear the ring of a phone. Didn’t feel the vibration of a text or notification.

Each turned revealed another view of the blue waters and blue sky.

It was great. It was relaxing.

My mind was unwinding.

I would stop to take a few photographs, adjusting the exposure, playing around to make them better in camera instead of later in the computer.

I’d take a few more steps and do the same thing but I kept feeling something tug at me. It couldn’t be anyone. Mine was the only car at the trailhead. I had seen or heard a soul.

I turned to look and still no one but I paused for a moment. Something was trying to show me something.

The view in the opposite direction was just as great if not better.

I take more photographs. I slowly make it to Needles Eye. The sun was setting and the golden light was striking the rocks.

The normally gray rocks were now rich and golden.

I watched the shadows change — the beams of light moving through the pass in the rocks.

I was enjoying the live show in front of me.

It struck me. It was as if the devil was interrupting God’s moment. I realized darkness was soon coming. I panicked and left making my way up the trail to the parking lot.

I saw the shadows growing longer.

My breaths quickened as speeded up even more.

Daylight was quickly disappearing or so I thought.

I had to stop. I was out of breath.

I saw the beam of light strike a tree. It was my burning bush.

My breathing slowed as I stopped to admire the illuminated tree trunk under the cover of canopy trees I had mistaken for an early darkness.

I raised my camera again to capture the moment.

My burning bush was still there.

My breathing slowed more. I could now hear the crickets and frogs.

I now see the five-lined skink sunning on the other side of my burning tree. I raise my camera again but the skink flees.

How could I be mad? I can understand how the skink would be mad at me. I’d just robbed it of the last light of the day.

I continued my slow meander back to the car and my concert continued.

More crickets and frogs make their presence known, their rhythms aligning and getting louder.

A large rustle was in the distance. I stumbled across a whitetail who chose to move along, likely feeling my presence. I saw its form against a ridge line leaving me.

The occasional whippoorwill sounded off. The first I’ve heard in a few years.

An owl graced me with its presence.

I made it to the car and there was still light left in the sky.

I wished I would have spent a few more moments at Needles Eye.

I wished I would have spent a few more moments watching the light dance around the tree trunk.

I wished I would have spent more time listening to the concert in the woods.

I am reminded to let go of issues beyond my control, someone else, a higher power will take care of them.

I learned to relax and live in the moment.