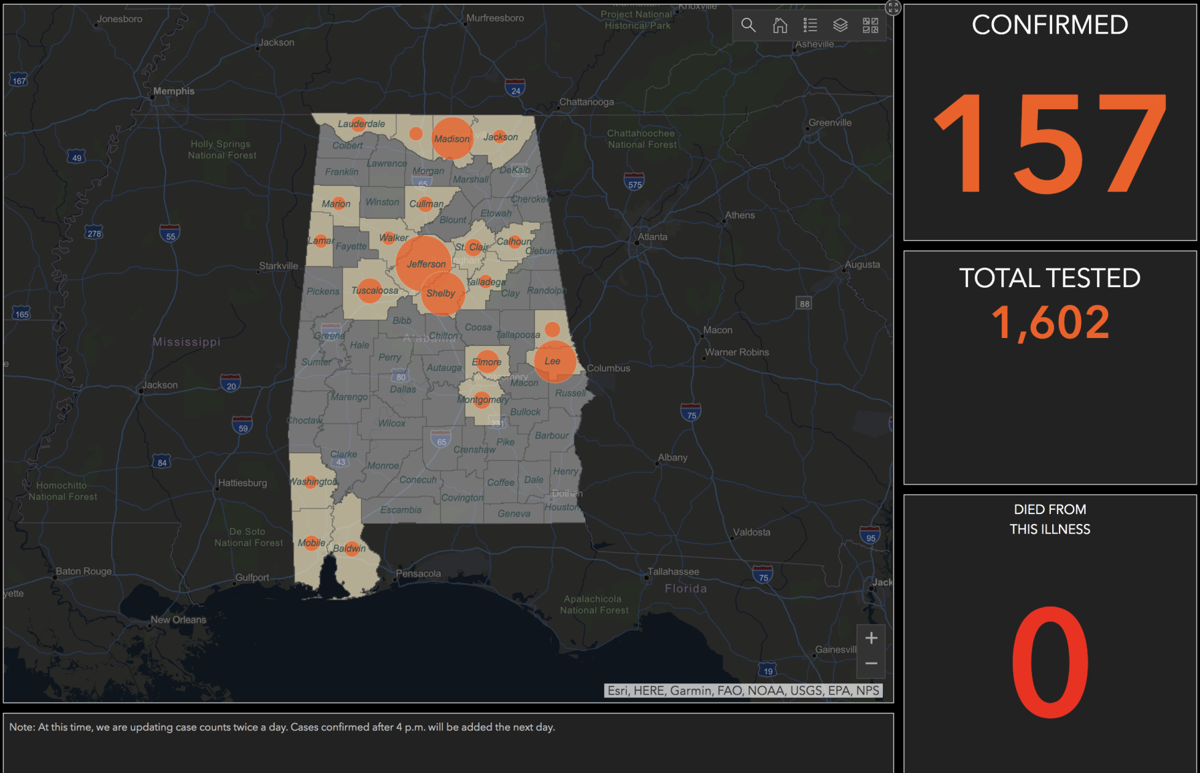 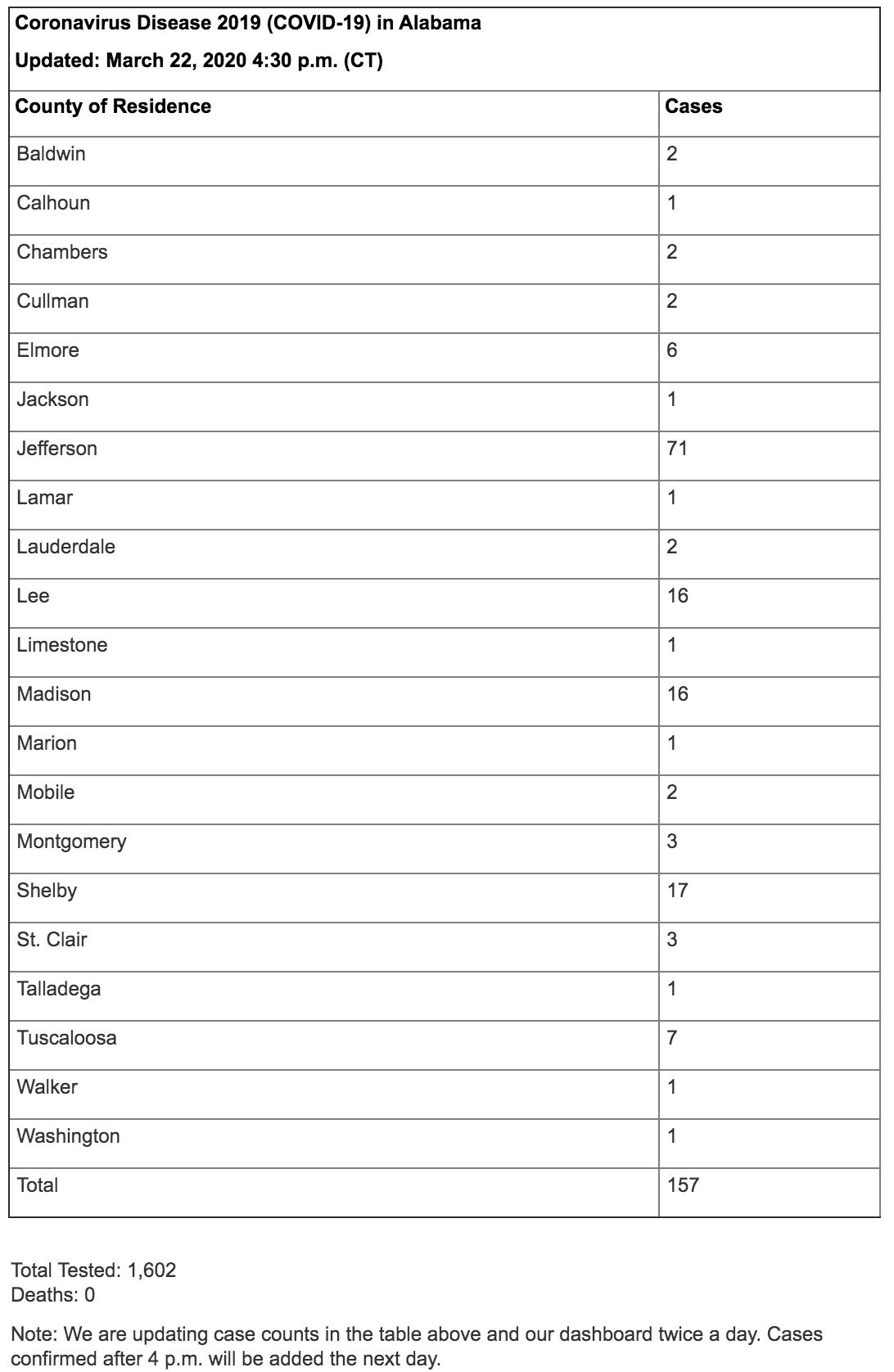 However, an Alexander City resident came forward Saturday afternoon confirming her husband has tested positive for COVID-19 and sent documentation to The Outlook from Russell Medical confirming his positive results. See that story here.

Russell Medical did confirm the facility received a positive test result as of Saturday morning. The test was performed at Russell Medical in Tallapoosa County but it was not released which county the person resides in.

“Our reference lab confirmed to us we have a positive case (of COVID-19) comeback,” Russell Medical director of marketing Susan Foy said. “It was a test conducted here at Russell Medical. It has been reported to the Alabama Department of Public Health. APDH has to validate it. They publicize it in their reported numbers.”

Foy said it would be ADPH to report the location of the case and all she could confirm is the test sample was collected at Russell Medical.

“ADPH has not yet published it in their numbers,” Foy said.

The updated numbers show there are 71 cases in Jefferson County, 16 in Lee County, 17 in Shelby County, 16 in Madison County, six in Elmore County, seven in Tuscaloosa County, three each in St. Clair and Montgomery counties, two apiece in Cullman, Baldwin, Lauderdale, Chambers and Mobile counties and one each in Calhoun, Jackson, Lamar, Limestone, Marion, Talladega, Walker and Washington counties.

As of Sunday afternoon, a total of 1,602 people have been tested, according to ADPH.

Editor's Note: The number of people tested did not change on ADPH's website from Sunday morning to Sunday afternoon.