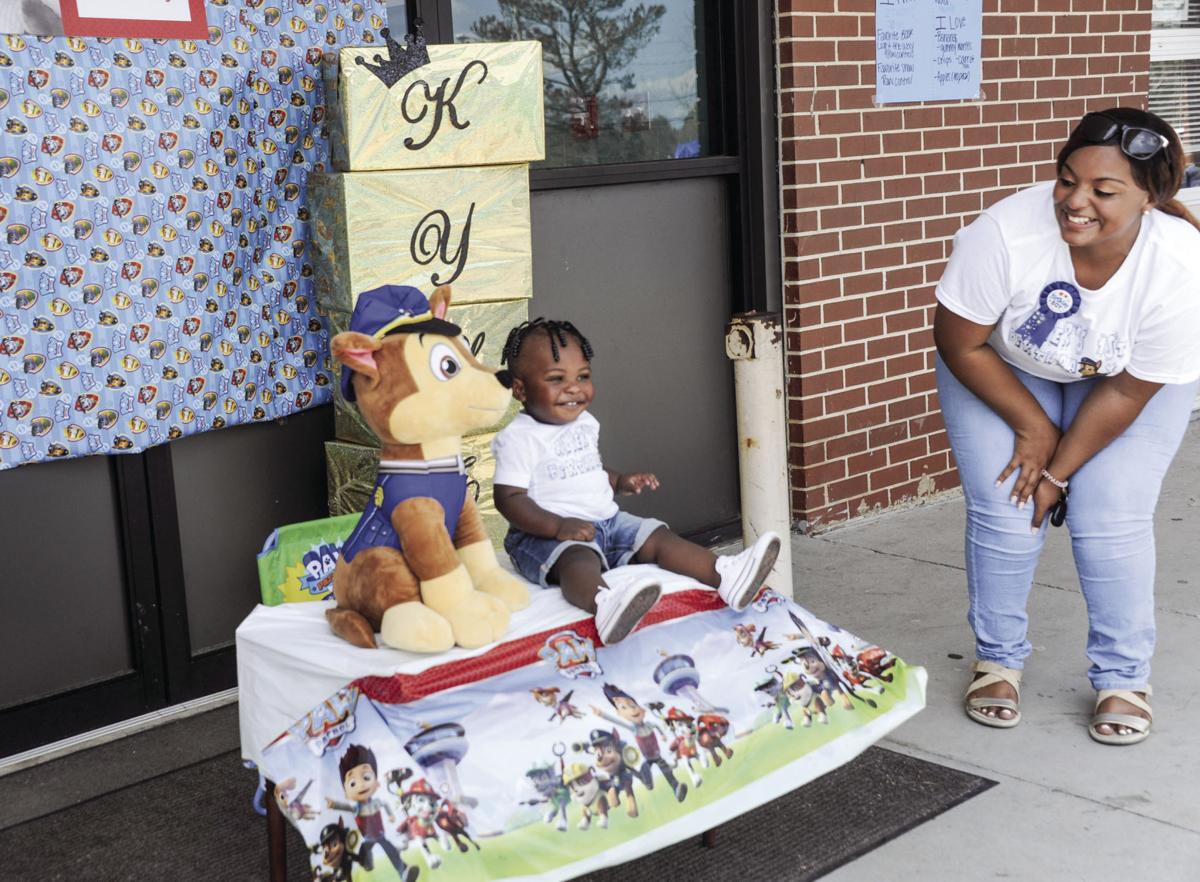 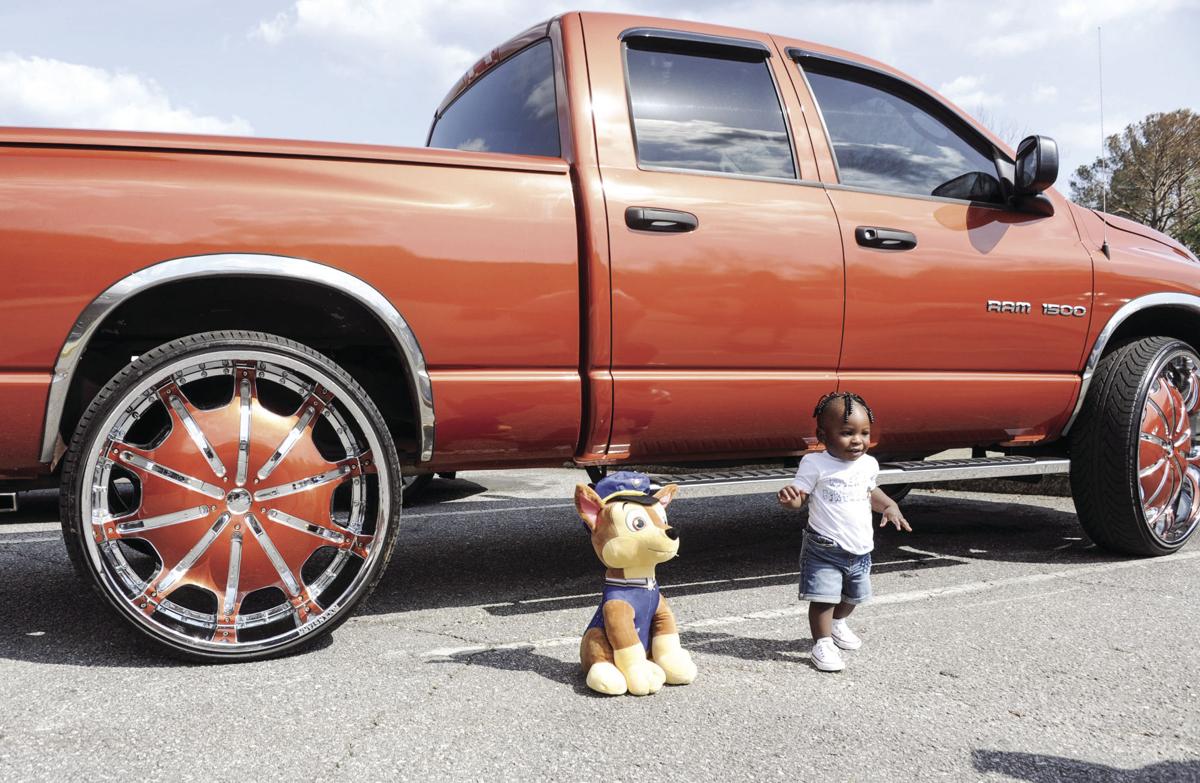 Amy Passaretti / The Outlook Kyler Hill was on the move the whole day of his birthday party. 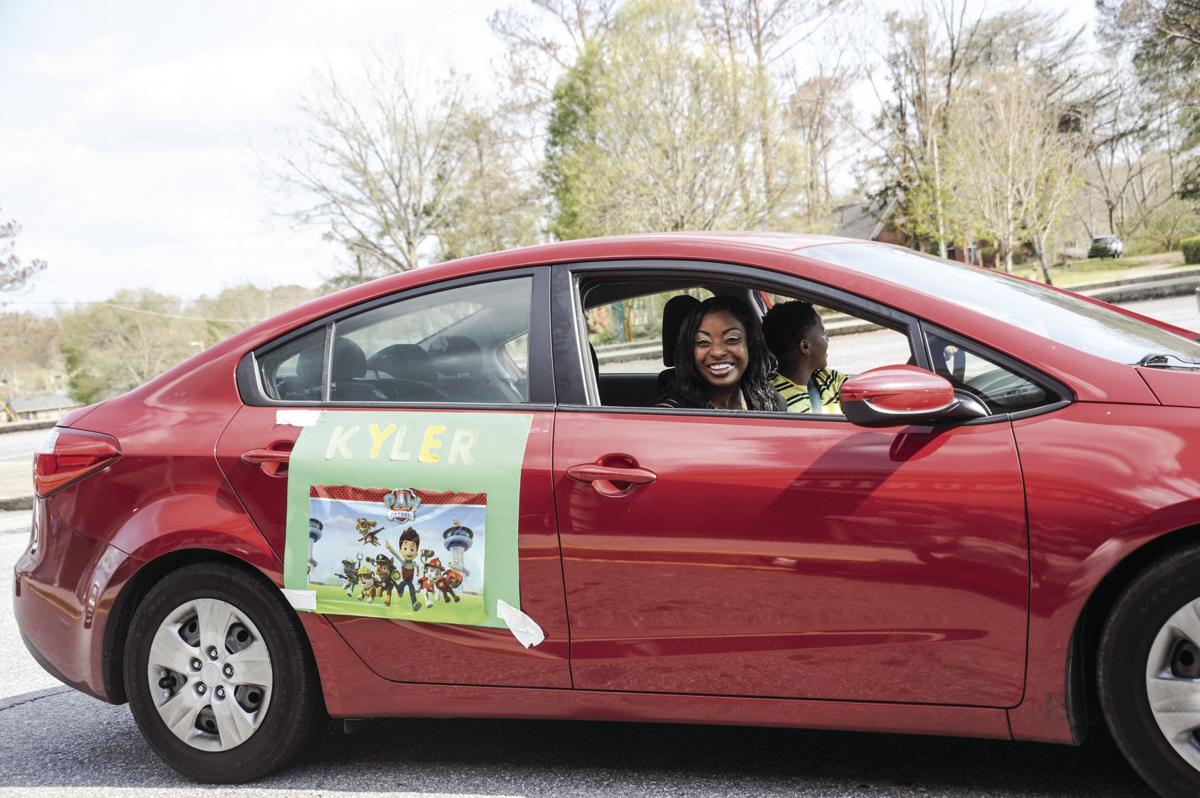 Amy Passaretti / The Outlook Friends and family drove by in decorated cars to honk and celebrate 1-year-old Kyler Hill on Saturday.

Amy Passaretti / The Outlook Kyler Hill was on the move the whole day of his birthday party.

Amy Passaretti / The Outlook Friends and family drove by in decorated cars to honk and celebrate 1-year-old Kyler Hill on Saturday.

Kyler Hill was all smiles at his first birthday party Saturday.

He was surrounded by friends and family at the Cooper Recreation Center but his mother Tydajha Hill was even more excited to celebrate.

Surrounded by balloons, glitz and “Paw Patrol”-themed décor, Tydajha Hill was thankful for the community’s help to make her son’s birthday extra special.

“I wanted people to come down and tell him happy birthday since we couldn’t have a party because of the whole virus thing,” Hill said. “I try not to be as extra as I am but it’s my first child and his first birthday; I wanted to do something big. Being a first-time mother and trying to go above and beyond, I think I was more excited than he was.”

Hill held the social distancing party with the help of her bosses Sonny Wilson and Herbert Harrell at Cooper Rec where she works. Alexander City police chief Jay Turner and Capt. Durrell Alford approved the idea and made sure the area was safe for a drive-by parade of cars.

“I am so thankful for everyone’s help,” Hill said.

Alex City councilmember Bobby Tapley is a good family friend of Hill’s and was there to show his support and celebrate.

Hill’s friends spent the afternoon decorating Cooper Rec with an area of balloons and blocks spelling “Kyler” for the birthday boy to enjoy the parade. Cars drove by honking and waving with their cars decorated with birthday sentiments, balloons and posters.

As Kyler is obsessed with dogs, according to his mom, the Paw Patrol theme was fitting. There were two Paw Patrol cakes for the party, a smaller one for Kyler to enjoy, along with cupcakes and goodie bags for the guests.

“Even when (Kyler) turned 6 months old, we went to the fire station where his godfather Thomas Owens works to do a photo shoot,” Hill said. “I thought, ‘I’ve got to have it somewhere.’”

While the planning was stressful and time consuming, Hill wouldn’t have had it any other way.

“It’s amazing we get to celebrate my birthday May 9 and his May 12,” Hill said. “What a time to celebrate birthdays and Mother’s Day together. Saturday showed me nothing but love and how grateful I am to be a boy mom.”

For the full story, pick up a copy of Tuesday's Outlook.