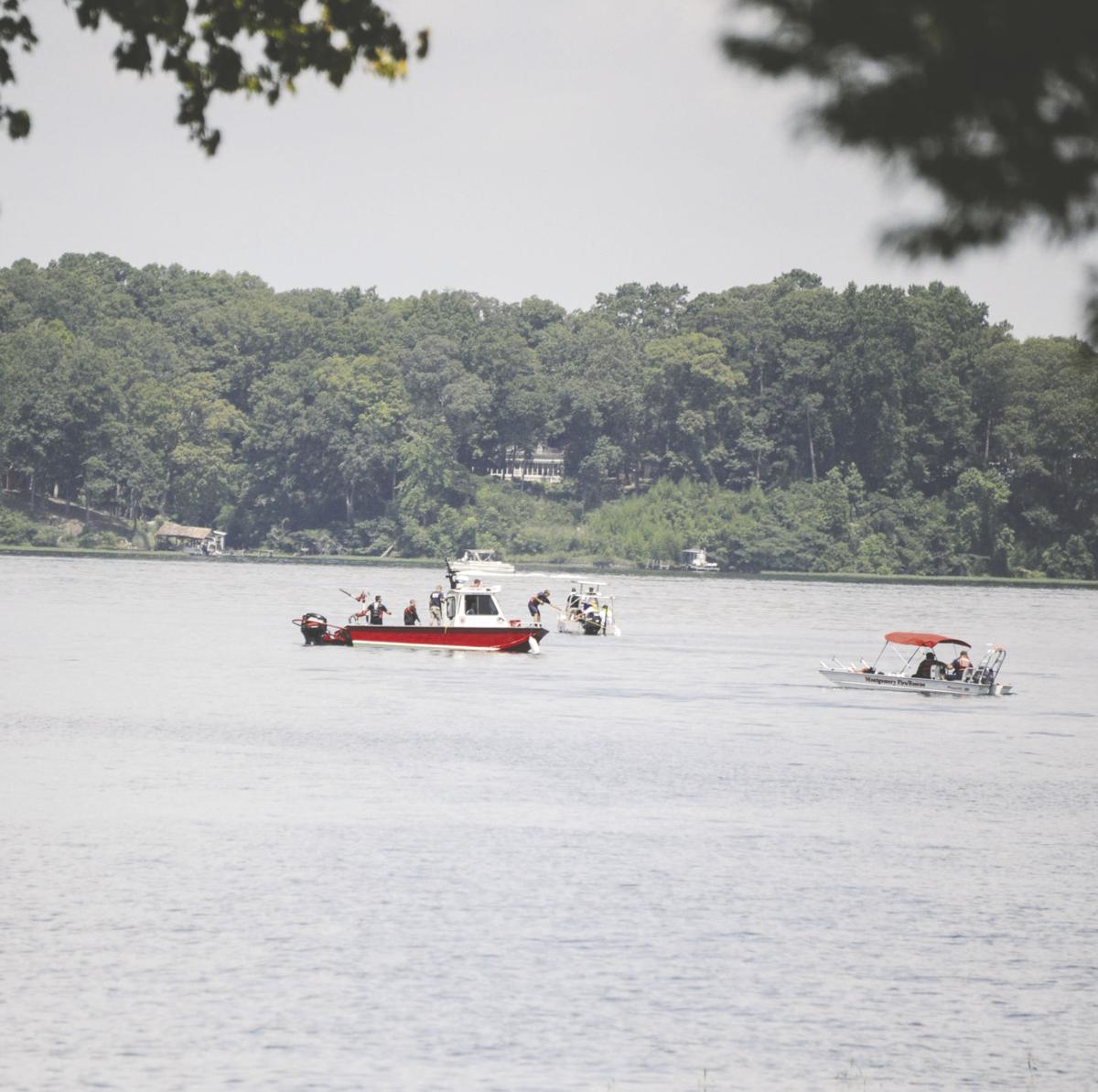 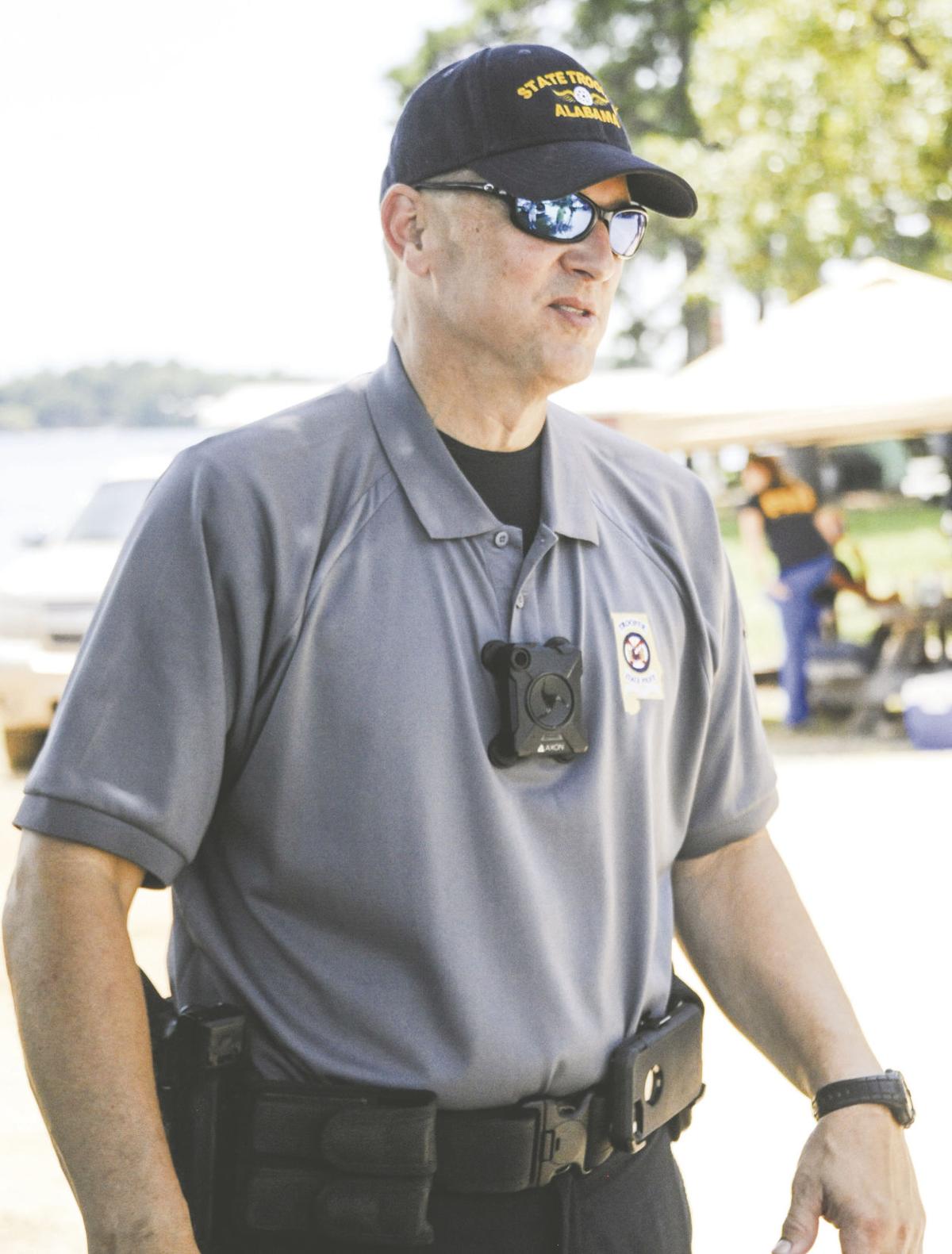 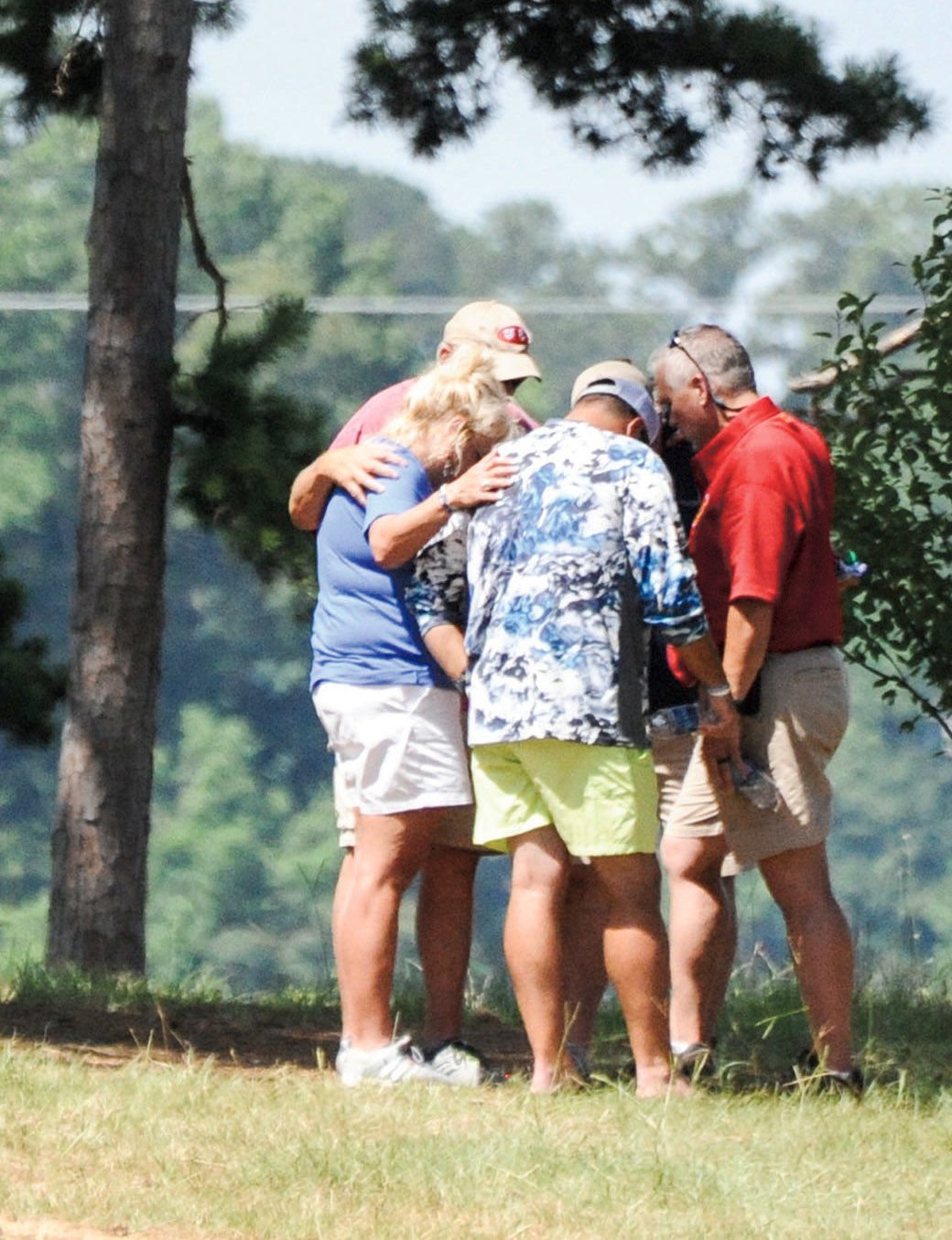 Family members of two men missing after a collision between two boats on Lake Jordan pray at the scene Friday.

Family members of two men missing after a collision between two boats on Lake Jordan pray at the scene Friday.

After a day of painstakingly examining the murky waters of Lake Jordan between Weoka Creek and Sears Slough, authorities suspended a search for two missing men Friday evening following a collision of two boats Thursday night.

Jackson and House were on a vessel carrying six people when the collision occurred with a boat carrying one person between 9:30 and 10 p.m. Thursday, Buchanan said.

The site of the collision is about a half mile from Lake Jordan Marina and not far from Gov. Kay Ivey’s cabin.

Search teams and divers probed the water all day Friday while a drone and an ALEA helicopter flew over the scene at different times. Buchanan said divers slowly and methodically cleared areas of the lake Friday and will resume the search for the bodies 8 a.m. Saturday morning.

Family members of the missing men gathered onshore, prayed with chaplains and watched the search and dive teams working throughout the scorching day.

Members of the Alexander City and Tallapoosa County Rescue Squad, which was helping other agencies look for the men with its Kongsberg sonar, said the area being searched ranges from 7 to 70 feet deep and is strewn with trees and stumps on the bottom, hampering recovery efforts.

Ken Cowart of the Alexander City and Tallapoosa County Rescue Squad said his unit was on the water nearly 12 hours Friday using its sophisticated sonar to direct divers to possible targets.

“We started farther up the lake and then as police started talking to people we started narrowing it down,” he said. “You can’t see but about a foot in front of you. There are lots of trees, stumps and roots. You see something that looks like it might be two legs or something that looks like a body, you can’t tell unless you can put your hands on it and then it turns out to be a root.”

Buchanan said there is no hope of survival for the two men who had been in the water nearly 21 hours when the search was suspended Friday evening.

“We did a really thorough search of the bank last night on the possibility somebody may have swam to shore but nothing was found,” Buchanan said. “Some of my guys didn’t get home until 6 (Friday morning).”

Buchanan said in the aftermath of the collision two people were taken by helicopter and ambulance to Baptist South Hospital in Montgomery and three others sustained minor injuries.

The boats involved were a Sea Hunt center console driven by Clay Peters and a Maxum runabout driven by Damion Bruno, Buchanan said.

In addition to the Alexander City and Tallapoosa County Rescue Squad and the ALEA, the Montgomery Fire Department, Region 4 Homeland Security, Elmore County Sheriff’s Office, Cajun Navy 2016 - Alabama Division and the Holtville and Titus volunteer fire departments were also on the scene.

Buchanan said it is too early to determine the cause of the collision which came after an Independence Day fireworks display at Jordan Dam. Hundreds of boats gathered northwest of the dam and the crash occurred as many vessels were heading back toward Lake Jordan Marina.

Buchanan said there was a lot of traffic on the water Thursday.

“It’s been probably one of the busiest Fourth of Julys in the last six to eight years and it has a lot to do with the good weather and falling on a Thursday,” Buchanan said.