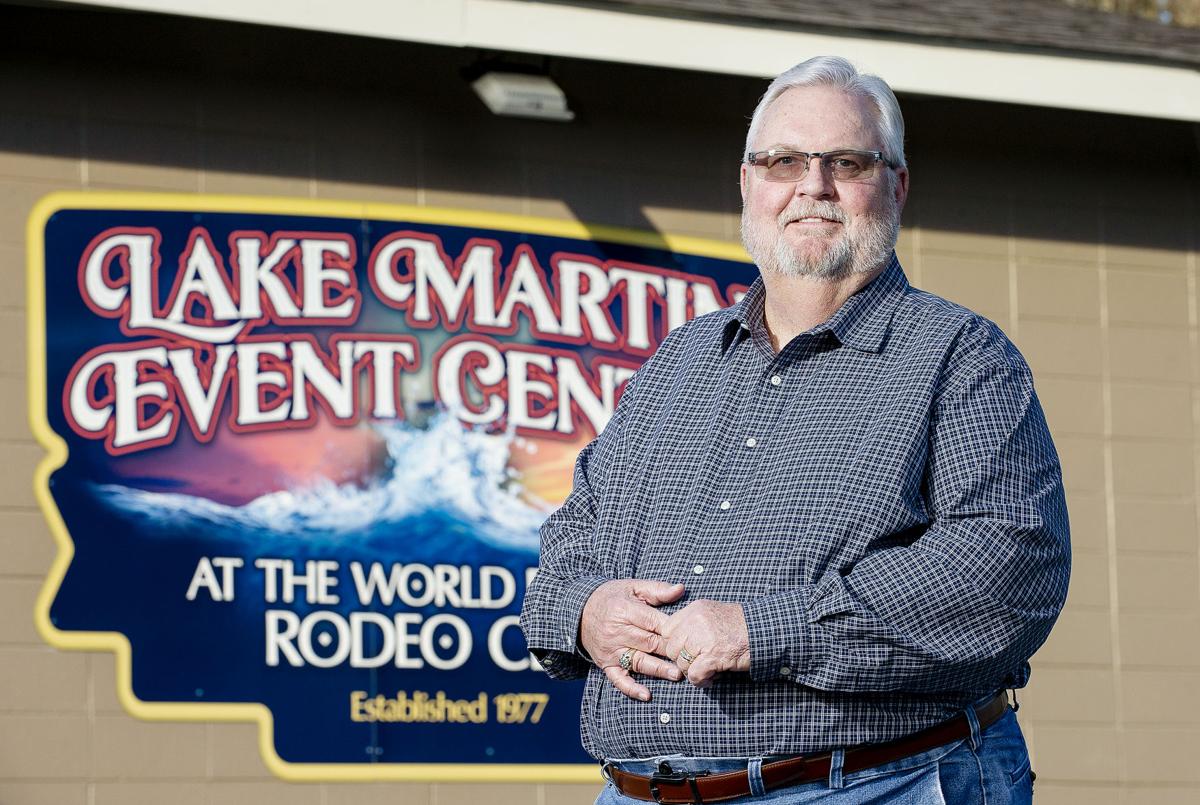 Ed Shikoski was chosen as the Lake Martin Dadeville Area Chamber of Commerce Person of the Year. 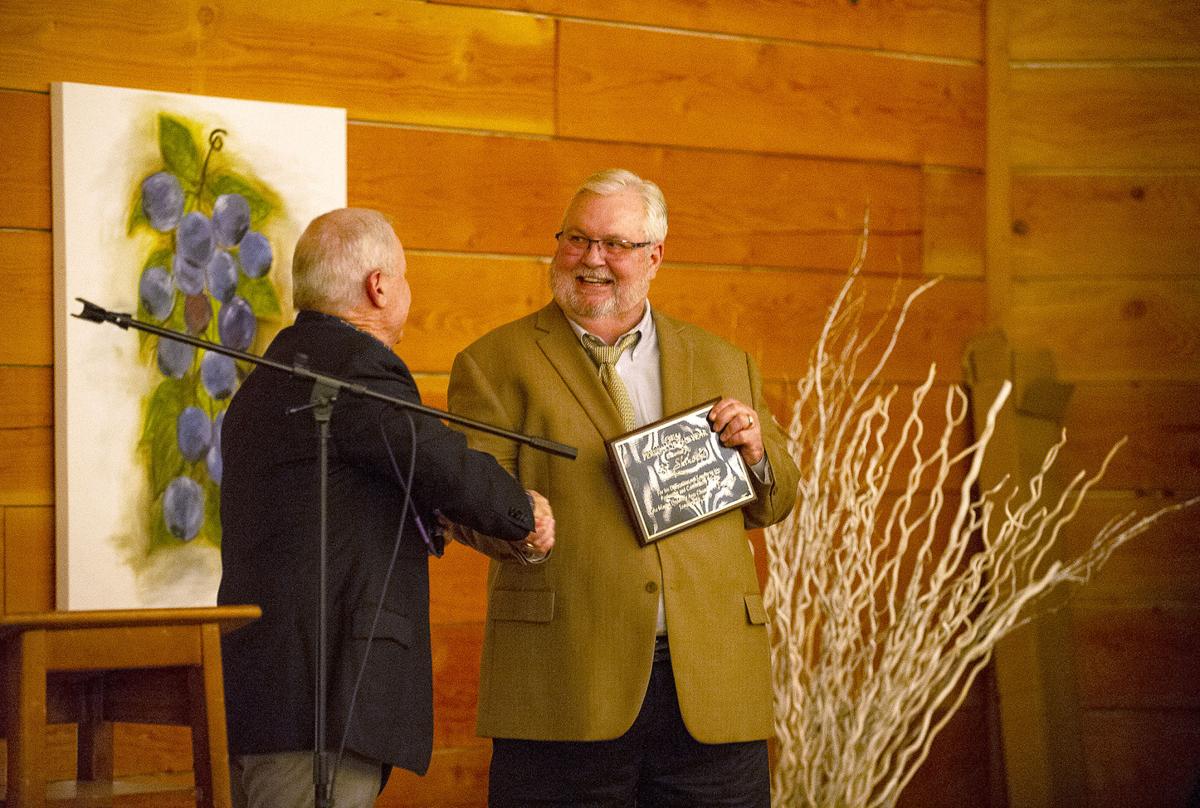 Ed Shikoski was awarded Person of the Year by the Lake Martin Dadeville Chamber of Commerce Thursday night at its annual awards dinner.

Ed Shikoski was chosen as the Lake Martin Dadeville Area Chamber of Commerce Person of the Year.

Ed Shikoski was awarded Person of the Year by the Lake Martin Dadeville Chamber of Commerce Thursday night at its annual awards dinner.

Some might think it’s a little odd for a bar owner to be selected as a local chamber’s person of the year.

But Ed Shikoski, who owns the Lake Martin Event Center at The Rodeo Club, said he doesn’t see it that way; he said it’s an honor and it is just where he wants to be to help those who want help.

“Where would Jesus be?” Shikoski asked. “He would be right here amongst the tables trying to help sinners.”

Helping the community is what got Shikoski selected as the Lake Martin Dadeville Area Chamber of Commerce Person of the Year.

“This is our most prestigious award for an individual within our organization,” chamber president Michael Carter said. “The criteria for this award is finding the best of the best in our community; someone who encourages others and promotes leadership while being humble; and someone who is always there for a good cause.”

Ed credits his wife Marge with most things and said they are a great couple.

“If it wasn’t for Marge, I could have been living down by the river,” Ed said. “We are a team. You ask me to do something, you get us both.”

The Shikoskis have been married for a while and Ed said they complement each other.

“It’s been a long time,” Ed said. “It’s been 34 years to be exact. She has her strengths; they are my weaknesses. My strengths are her weaknesses.”

Marge is also an owner of the club.

Ed and his wife can be seen throughout the community supporting the chamber and other businesses.

“I just want to see the area do well,” Ed said. “I just try to do anything I can to help.”

Ed and his wife go to ribbon cuttings, meetings and recently Ed was flying his drone to get footage for an application for a possible television show highlighting Dadeville.

“Some places have budgets for this,” Ed said. “We don’t but I don’t mind helping out.”

But the biggest contribution Ed and Marge make is helping with the chamber’s Denim & Diamonds Ball at the Lake Martin Event Center. Many of the proceeds are donated to the Lake Martin Area United Way to help fund its 28 agencies.

Shikoski said one of his gifts is speaking to the public and it came in handy at the Spirit of a Hometown Christmas Parade in Dadeville where Shikoski was emceeing. At the time, he was questioning if he wanted to continue being a member of the chamber.

“There was something magical about that day,” Shikoski said. “I looked around and said, ‘If you are trying to get to heaven say ‘I.’’ I felt it. Everyone in downtown Dadeville felt it.”

Shikoski said the moment served as an “epiphany” which showed him needed to continue his efforts with the chamber.

“I was feeling a little down about things,” Shikoski said. “That moment served as a reminder I needed to continue. It was just the message I needed.”

Carter said Shikoski’s continued support of the chamber, its events and the area in general made Shikoski stand out.

“This year was an easy choice,” Carter said. “From all of his efforts to make our fourth annual cornhole tournament a success to being our emcee at our Dadeville’s Spirit of a Hometown Christmas Parade. We are very proud to have him on our board of directors and as someone in our community here in Dadeville.”

Shikoski was given the award last week as the Lake Martin Dadeville Area Chamber of Commerce held its annual meeting and awards dinner at New Water Farms. Alabama Secretary of State John Merrill spoke and Farmers & Merchants Bank of Dadeville was announced as the Business of the Year. The chamber also recognized former Tallapoosa County Sheriff’s Department Lt. Bill Hough and former Dadeville police chief David Barbour. But Shikoski stole the show after being named Person of the Year but not without giving credit to everyone else.

“I’ve been lucky to be surrounded by good people,” Ed said after the ceremony. “It’s a tremendous honor. Don’t you know? Everyone aspires to be man of the year. I guess it’s my time in my life after 63 years.”

Ed is not sure if he will ever get the award again. But he will keep on helping others and hopes others will join him.

“I don’t know if I’ll get there again in the next 63 years, but I will try,” Ed said. “Just live your life every day like you are trying to get to heaven.”

Have you ever broken a bone?