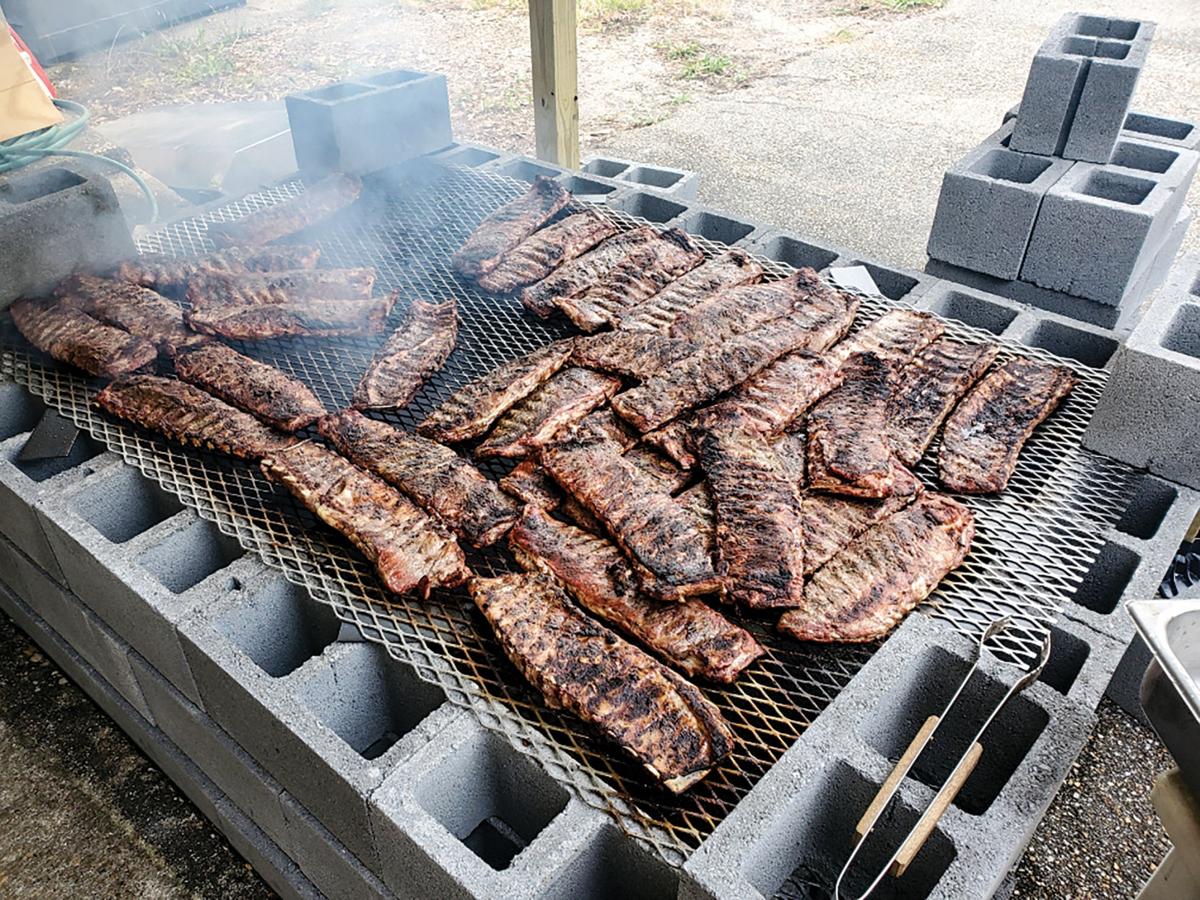 Submitted / The Outlook Mike Foster has mastered his rib recipe during his 30-plus years working for Buckmasters. 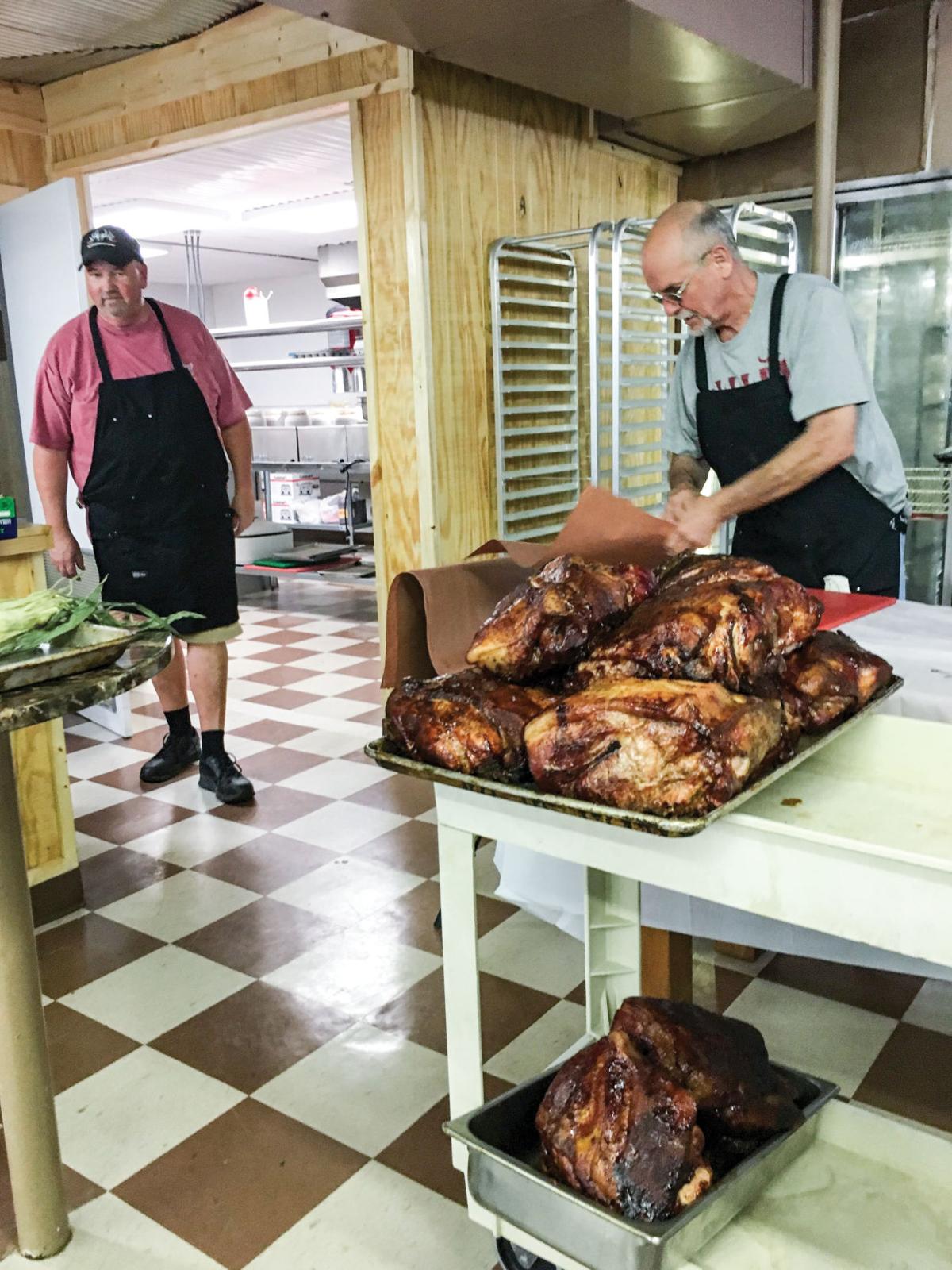 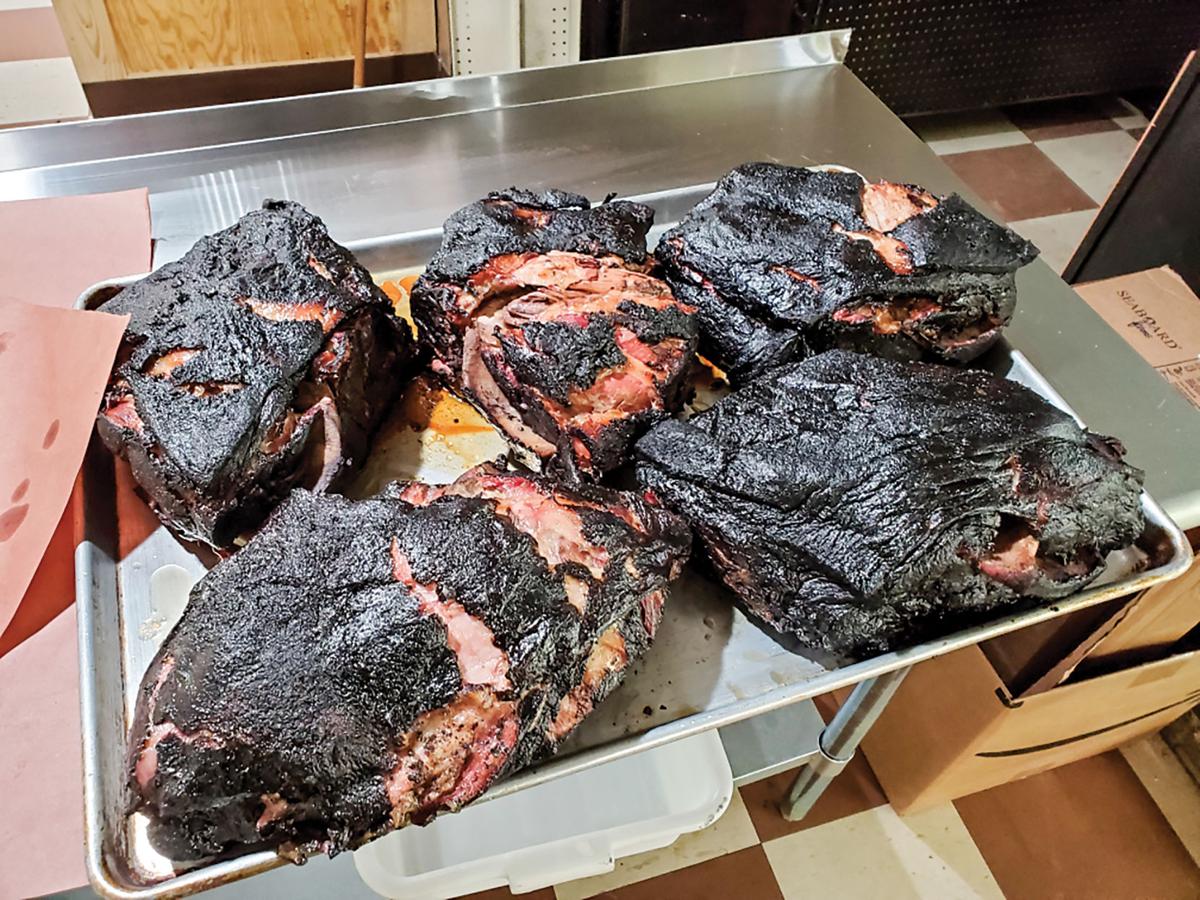 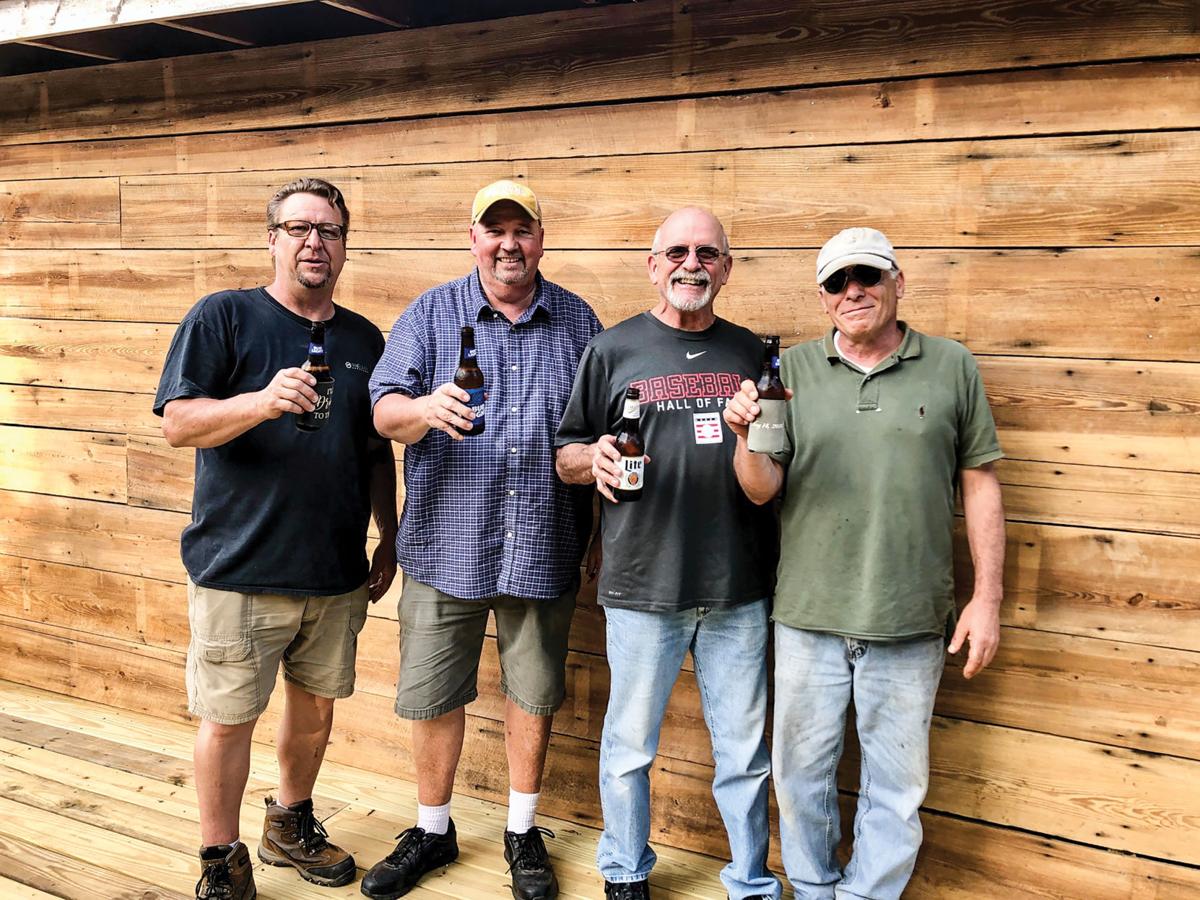 Submitted / The Outlook Mike Foster has mastered his rib recipe during his 30-plus years working for Buckmasters.

Stepping through the doors of Red Hill Kitchen over Memorial Day weekend was enough to make anyone’s mouth water with the delectable smell of smoked meat wafting through the air.

Located as an add-on to Red Hill Gallery off Route 229, Red Hill Kitchen owners and longtime friends Mike Foster and Ed Boman did a sample run of a few of their future offerings because of strong community feedback on the restaurant’s upcoming opening.

“This weekend we sold 125 racks of ribs, about 70 Boston butts and sold out of 30 gallons of camp stew,” Foster said. “We won’t be open inside for another two or three weeks. We were just going to do a sampling this weekend because we had originally tried to be open by Memorial Day. But we put it on Facebook and the community went crazy and wanted to buy stuff. So they wanted it; we made it.”

Those three menu items are just a small selection of the menu Foster and Boman have in the works for when they publicly open around mid- to late-June.

“We will do meat and three dishes every once and a while with specials of the day,” Foster said. “We’re going to have casseroles made to cook at home, pre-made salads, homemade soups and bring in some other people (and their products).”

The one-stop shop will act as a dine-in restaurant, take-out option and market with local goods.

There will be handcut steaks; Shana’s Place, out of Shorter, processes meat and will sell sausages and other products. The market aspect will also vend Alabama goods including Wickles Pickles, Southern Flavoring and Hardin’s Seasoning.

Red Hill Kitchen’s rib recipe is a tried-and-true perfected concoction Foster developed during his 33 years working at Buckmasters and the camp stew and Boston butt recipes were a trial-and-error combination from both chefs.

“The ribs I’ve been doing since Buckmasters,” Foster said. “Ed and I always cooked for Life Hunt, our No. 1-rated show every year. We did lunch and dinners for 80 to 100 handicapped and terminally ill children and wounded warriors. The ribs became such a hit that we started cooking them for other things and can be found on the Buckmasters website.”

Red Hill Gallery owner Loren Martorana is renting one side of his building where Red Hill Kitchen will be located. About 1 ½ months ago, Martorana set up a tasting with about 70 guests to give feedback on Foster and Boman’s recipes.

“They were able to sample things for free and liked it all so we just repeated the recipe,” Foster said.

Boman used to own a restaurant in downtown Montgomery and offered catering for years. He and his wife Laura used to own Red Hill Gallery and Red Hill Kitchen’s current location back in the day.

“Me and Ed met back in the rock ‘n’ roll bar days in 1985 and we became brothers from another mother,” Foster said. “We started 15 or 20 years ago talking about opening our own restaurant. Ed and Laura were over there (at Red Hill) talking to Loren one day and he mentioned wanting to do some food there.”

Boman was already headed to Foster’s house at Lake Martin, where he moved about a year ago, told him about the location and everything just fell into place.

What is now Red Hill Kitchen was initially storage for Red Hill Gallery so everything was cleared or thrown out and the kitchen area was built from scratch.

“Me and Ed built the kitchen from scratch, all new equipment, from the ground up,” Foster said. “We built the order area, an office, pushed the bar back and beefed it up, built an epicenter counter; it was a complete overhaul.”

Total renovations took about two months beginning in February and there is still some work and decorating to be done.

According to social distancing rules, the current situation will allow for about 18 to 20 people sitting inside for dining and around 10 on the back deck.

“Right now we’re planning on not doing much of anything else until we open the doors,” Foster said. “We’re hoping to open by the third week of June and are working on hashing out an opening day menu.”

“As we sit here today, it’s constructed; we just have some tidbits to work out,” Foster said.