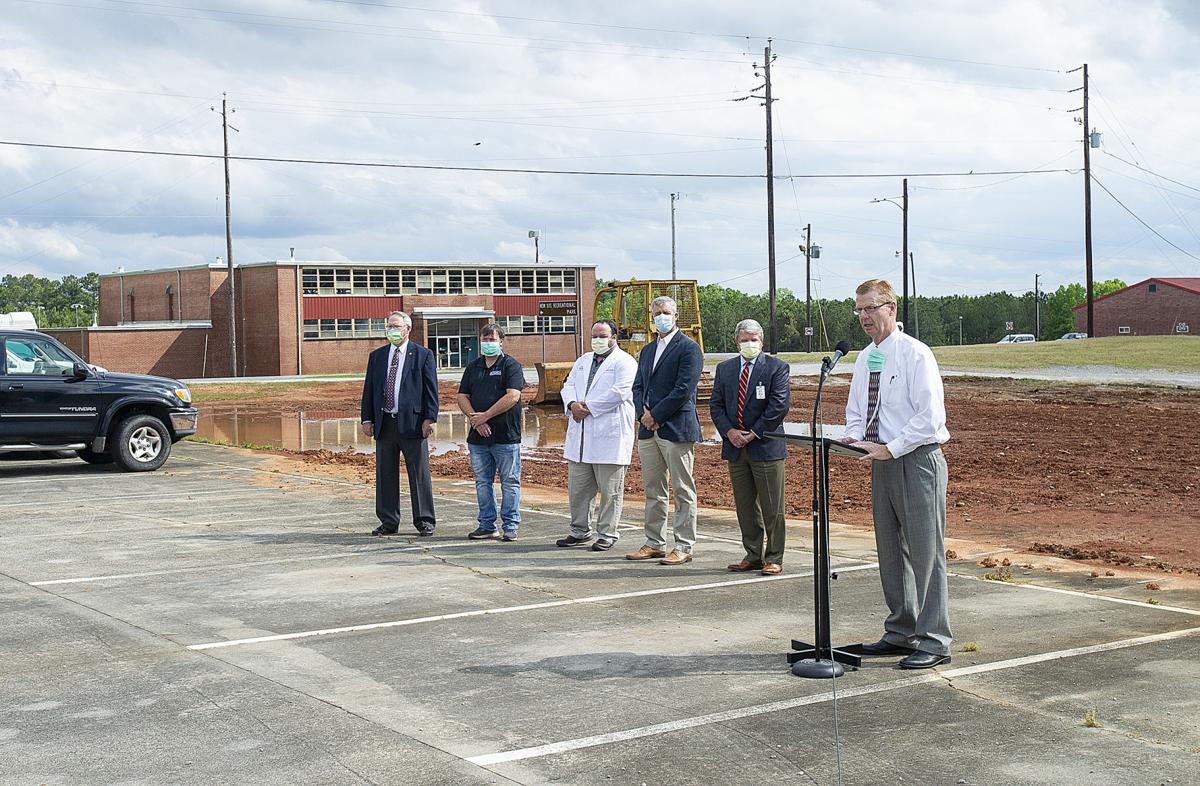 New Site Mayor Phil Blasingame speaks at the ground breaking of the New Site Health Clinic in May. The project saw a slight delay but is back on track. 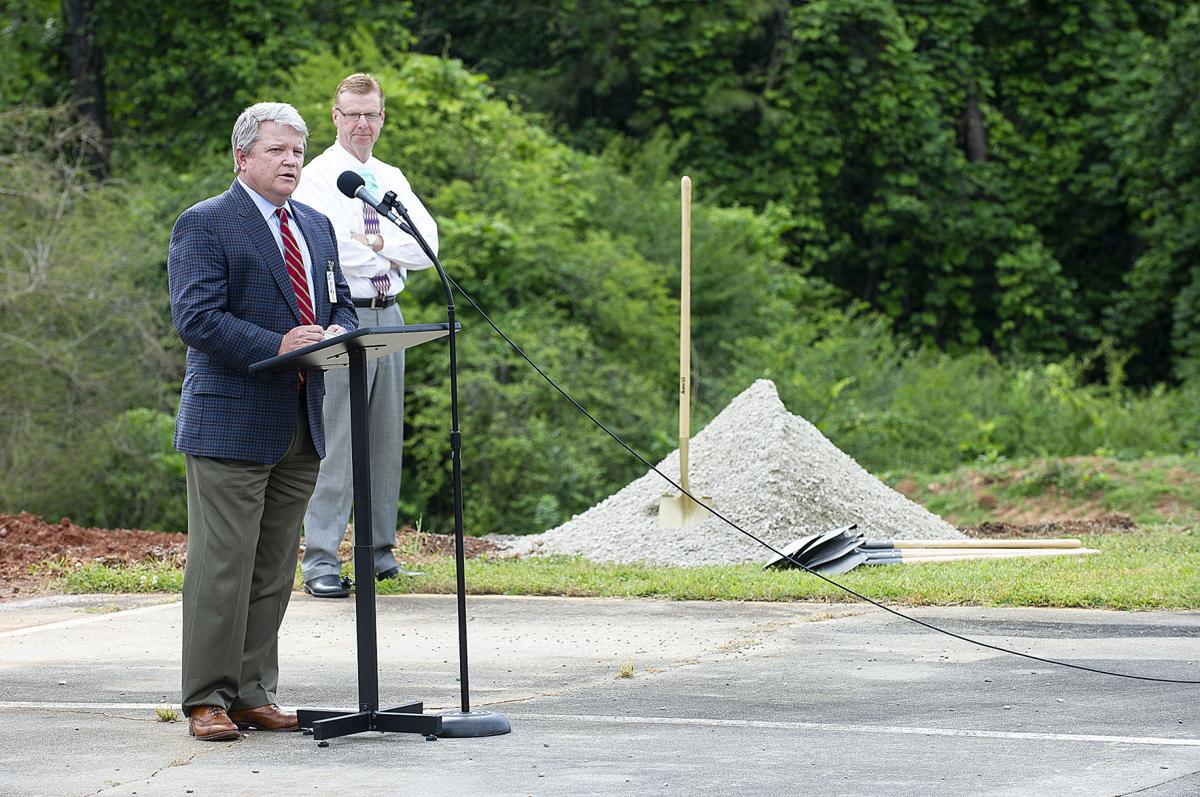 Russell Medical CEO Jim Peace speaks at the groundbreaking of a medical in New Site. Russell Medical will rent part of the facility from the Town of New Site to operate the clinic. 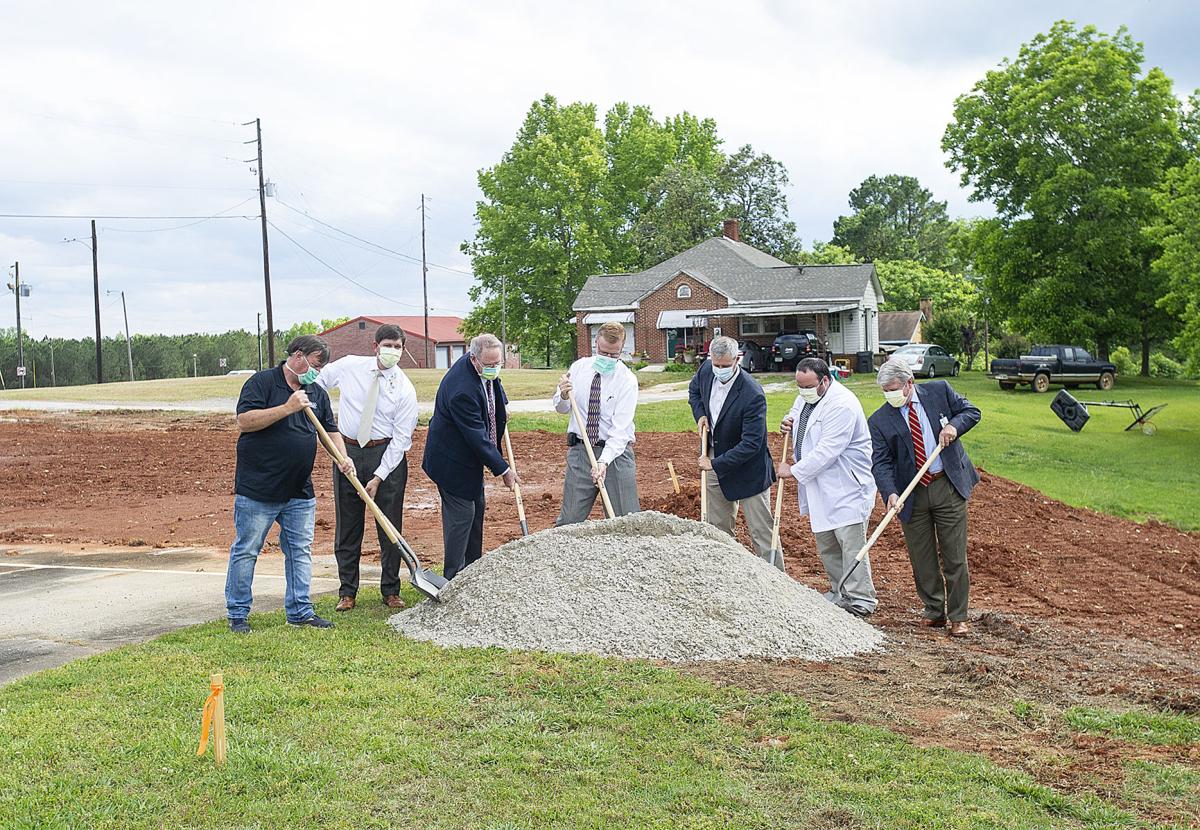 New Site Mayor Phil Blasingame speaks at the ground breaking of the New Site Health Clinic in May. The project saw a slight delay but is back on track.

Russell Medical CEO Jim Peace speaks at the groundbreaking of a medical in New Site. Russell Medical will rent part of the facility from the Town of New Site to operate the clinic.

It was Phil Blasingame’s mission to bring a healthcare clinic to New Site when he ran for mayor. Tuesday that dream came one step closer to reality as officials broke ground on the facility.

“Today is finally here,” Blasingame said. “This is something I have been looking forward to for a very long time.”

The dream of a rural healthcare clinic in the small town of New Site didn’t come without its ups and downs.

“We have faced a lot of obstacles,” Blasingame said. “We didn’t plan on the coronavirus too but we are going to make it through it as well.”

Blasingame said he was ready to put on a used car salesman pitch with Russell Medical CEO Jim Peace to get them to New Site.

“When I first became mayor I made an appointment with Mr. Peace and prepared to twist his arm to do everything we could do to beg, plead and borrow to get him to consider putting a clinic here,” Blasingame said. “I walked into the board room and had my package ready to start spilling about how great New Site was.”

But Peace already had New Site on his mind for a rural health clinic.

“He had a map of Tallapoosa County up there and had a little red dot,” Blasingame said. “It had New Site by it. He came in and said there is the next place we would like to put a clinic. I shut my folder. I didn’t have to sell him on it. He said let’s figure out how we are going to get it done. That started the journey.”

Peace said the journey has been long to get to the point of construction on the building owned by the Town of New Site and leased by Russell Medical.

“We are honored and proud to be here,” Peace said. “This has not been a race. It truly has been a journey. I want to thank you mayor for your commitment to this project.”

Peace said it was a team effort led by Blasingame to get the project off the ground.

“In one way or another we have all been a part of this project,” Peace said. “It has been a team effort. Today is a very exciting day.”

Blasingame rattled off a list of people who were instrumental in the process from the Tallapoosa County Commission including commissioners Emma Jean Thweatt and John McKelvey to Congressman Mike Rogers.

“Congressman Mike Rogers played a big role in this,” Blasingame said. “When it got to Washington, all the red tape slowed it down. With his help, it got pushed through.”

When it looked like the project was going to be over budget, McKelvey brought in the resources of the District 3 county shop to help move dirt to the construction site saving more than $25,000.

Blasingame said city officials experienced a variety of emotions in the process.

“I want to thank our council members,” Blasingame said. “We had a lot of meetings on this. It was like a roller coaster. One day we would think we were on top and the next we wouldn’t.”

Russell Medical has announced Dr. Justin Vines will be the primary care physician assigned to the New Site Medical Clinic. Vines expressed at the groundbreaking that rural healthcare is where he wants to be.

“I just want to assure this is my passion,” Vines said. “When I came (to Russell Medical) one of the big keys we wanted was to be back in rural healthcare. This clinic is one where we want to be here to stay. I want to be here. We want this to be a longstanding clinic.”

Blasingame said partnering with Russell Medical and Jackson Drugs for the pharmacy was a no brainer for the town.

“Russell Medical and Jackson Drugs, their name is synonymous with success,” Blasingame said. “I couldn’t be happier than to partner with them.”

Brad Jackson of Jackson Drugs can’t wait for the doors to open.

“We are eager to get started and open up a pharmacy,” Jackson said. “If we all work together this will be a successful venture.”

The clinic is being built by AAA General Contractors from Alexander City and Blasingame said the facility should be open some time this fall.

State Rep. Ed Oliver (R - Dadeville) is proud to see healthcare coming to a rural part of his district.

“This is a wonderful thing for the town of New Site,” Oliver said. “Rural healthcare and access is something I know. It is my passion. I am so proud of New Site. When you hear people talk about access to rural healthcare. We know what it looks like here. We will have it here and our own folks running it.”

Blasingame believes the soon-to-be health clinic will be of great service to northeastern Tallapoosa County and beyond.

“We think it is going to be beneficial to our community but the surrounding communities and area,” he said.