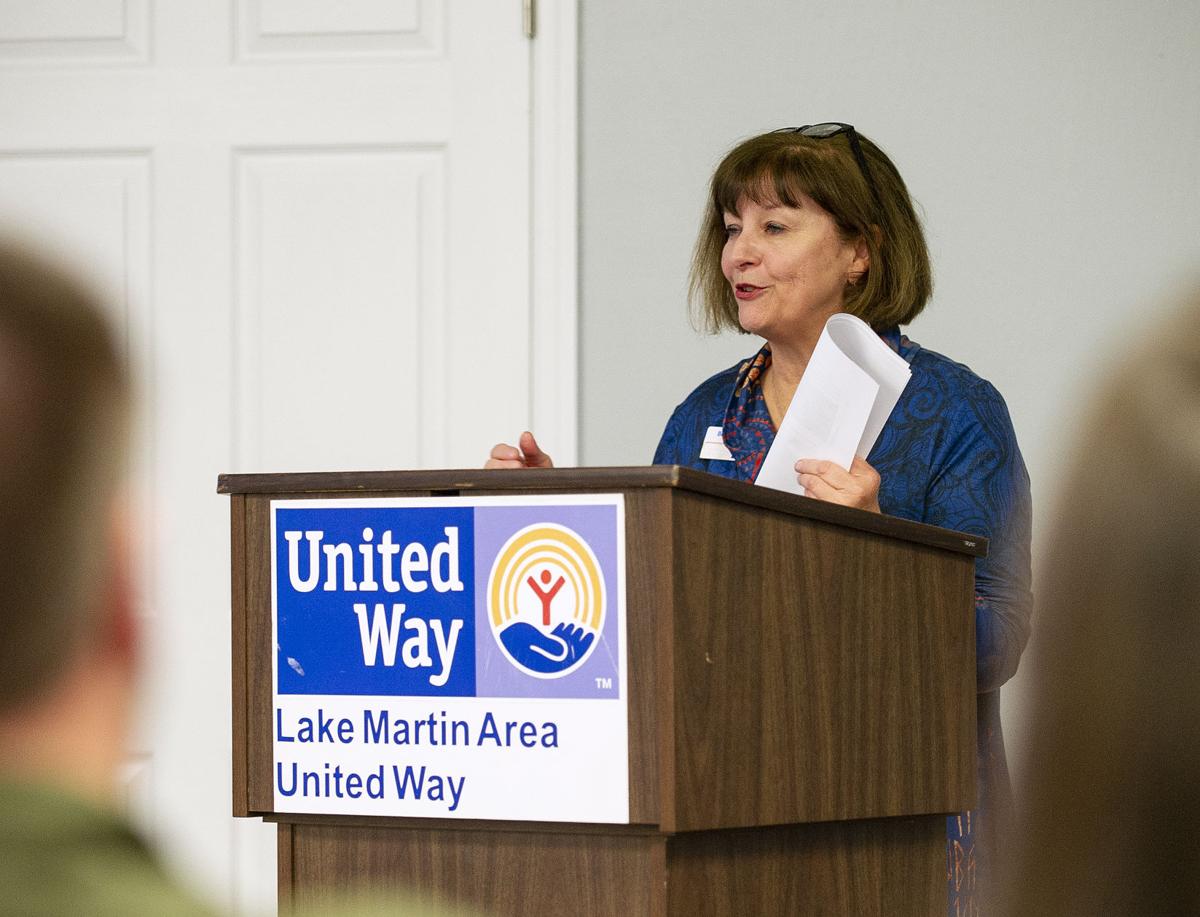 Becky Benton, executive director of the Lee County United Way, speaks to a meeting of Tallapoosa-Coosa VOAD about VOAD helped in the still ongoing recovery of following the tornadoes that struck Lee County 11 months ago. 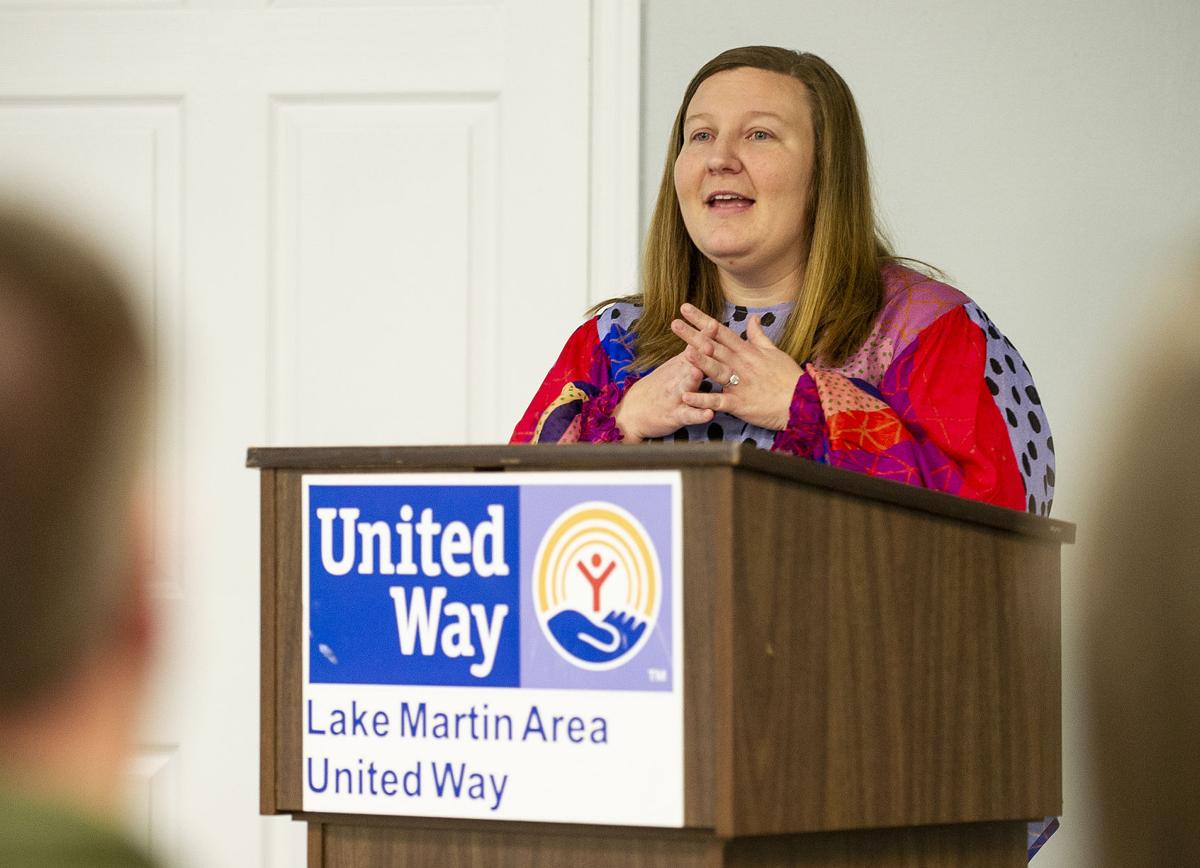 Chandler Williams with the Lee County United Way speaks to a meeting of Tallapoosa-Coosa VOAD about VOAD helped in the still ongoing recovery of following the tornadoes that struck Lee County 11 months ago. 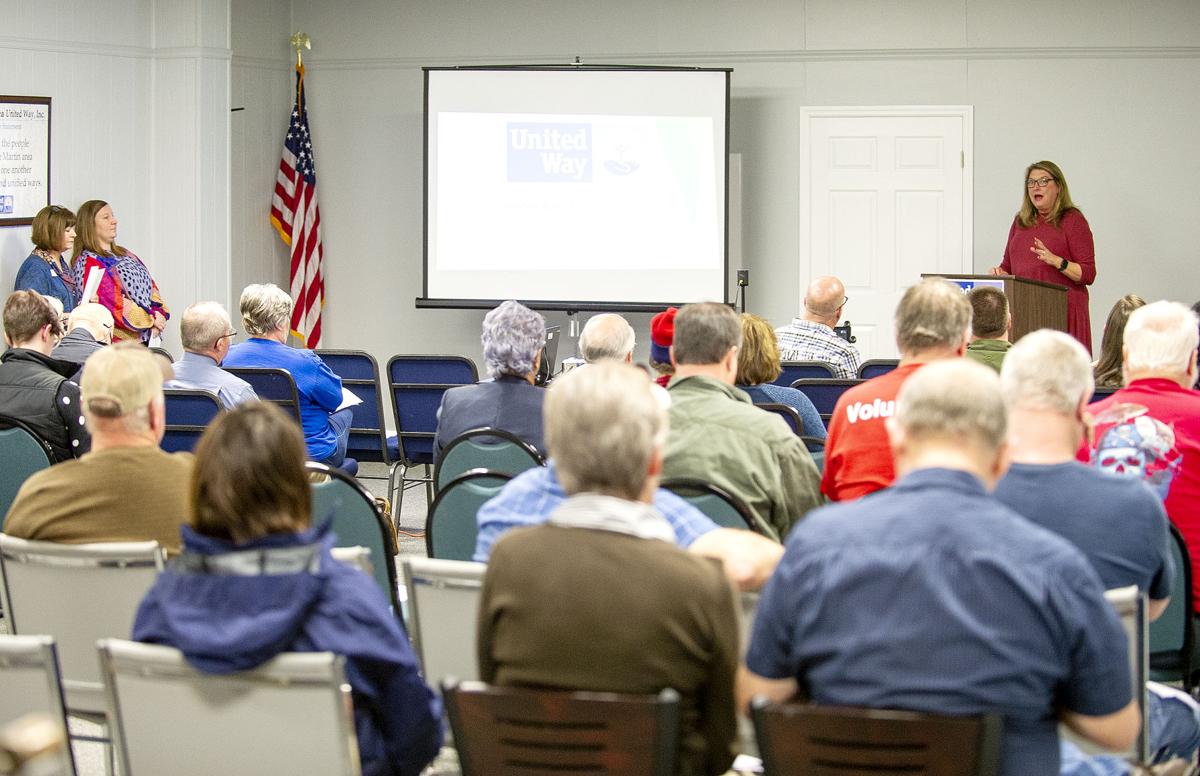 Tallapoosa-Coosa Volunteer Organizations Active in Disaster president Stacey Jeffcoat speaks at a meeting Tuesday night of the group as it tries to reorganize.

Becky Benton, executive director of the Lee County United Way, speaks to a meeting of Tallapoosa-Coosa VOAD about VOAD helped in the still ongoing recovery of following the tornadoes that struck Lee County 11 months ago.

Chandler Williams with the Lee County United Way speaks to a meeting of Tallapoosa-Coosa VOAD about VOAD helped in the still ongoing recovery of following the tornadoes that struck Lee County 11 months ago.

Tallapoosa-Coosa Volunteer Organizations Active in Disaster president Stacey Jeffcoat speaks at a meeting Tuesday night of the group as it tries to reorganize.

Stacey Jeffcoat was an emotional wreck nearly a year ago when disaster struck the Lee County area.

She has a sister who lives near the destruction zone left behind by two tornadoes last March. It was the experience that Saturday 11 months ago that has inspired Jeffcoat to help reorganize Tallapoosa-Coosa Volunteer Organizations Active in Disaster (VOAD).

Jeffcoat’s sister was traveling back from Mississippi at the time, but her nephew was at home.

“My sister lives on Marvin Parkway near there,” Jeffcoat said. “After it struck, I didn’t know if they were dead or alive.”

Jeffcoat, who is VOAD president, along with vice president John Hill and board member Courtney Layfield helped organize a meeting Tuesday night to hear from Lee County United Way’s Becky Benton and Chandler Williams. The women were activated in two roles after the Lee County tornadoes and shared their experiences and response as leaders with the United Way but more important to learn how there response in a VOAD organization can be useful in disaster recovery.

“I was sitting at Lake Martin watching the weather,” Benton said. “(Williams and I) started texting.”

The two responded to the Beauregard community just moments after the winds took the lives of 23 Lee County residents and ripped apart more than 200 homes rendering them useless, damaging another 500.

“It was life changing for so many,” Benton said. “It went beyond the those in the homes, it was neighbors, friends and co-workers who were affected (indirectly) because it the tornadoes directly touched many.”

Last year’s tornadoes were not the first for Benton and Williams.

“We have worked two disasters together,” Williams said. “We worked the 2014 tornado (in Lee County) and no lives were lost. There was no major national response and we thought that was tough.”

Williams explained to VOAD volunteers Tuesday what they learned in the major disaster not even a year ago. She said they learned they needed Benton at the Lee County EMA which served as the hub for the initial response. The person representing 211 needed to be there to relay information received from the special phone line.

Most important though was Williams’ job with the huge volunteer groups that showed up to help with the initial recovery. Williams helped established the volunteer reception center (VRC). In a VOAD program the center is crucial as it allows volunteers to check in, recieve a safety briefing, and be assigned tasks and where to work. The main effort is to make sure volunteers are safe and to avoid duplication of services.

VOAD will help establish a framework within Tallapoosa and Coosa counties where VRCs can be established when disaster strikes and so members are familiar with first responders when disaster strikes. This is where Jeffcoat, Hill and Layfield are now. They are looking for volunteers to join VOAD to help create a framework, establish where facilities in various communities are that can be use for shelters, first responders and warehousing in the event of a disaster. Volunteers can also be called on to help organize volunteer efforts of other volunteers responding to a disaster.

But it is so much more than the initial response.

“We were so involved in the short ter;, we didn’t have time to look at the long term,” Benton said. “In the transition to long-term recovery, the national organizations, FEMA and media attention go away.”

Benton said when they started looking at long-term recovery there was another local organization already working on it – East Alabama Medical Center. She said many of its employees were touched and had already started looking long term. Benton said VOAD and EAMC have merged efforts to better serve those affected.

Benton and Williams shared their lessons hoping they would be useful restarting VOAD in Tallapoosa and Coosa counties.

The Lee County tornadoes did help reinvigorate VOAD in Lee County but there are challenges.

“When you go a long time without anything happening, it’s hard to keep people involved,” Williams said. “The players fall off as you go along. We had our biggest turnout for VOAD after the tornadoes.”

Have you ever broken a bone?