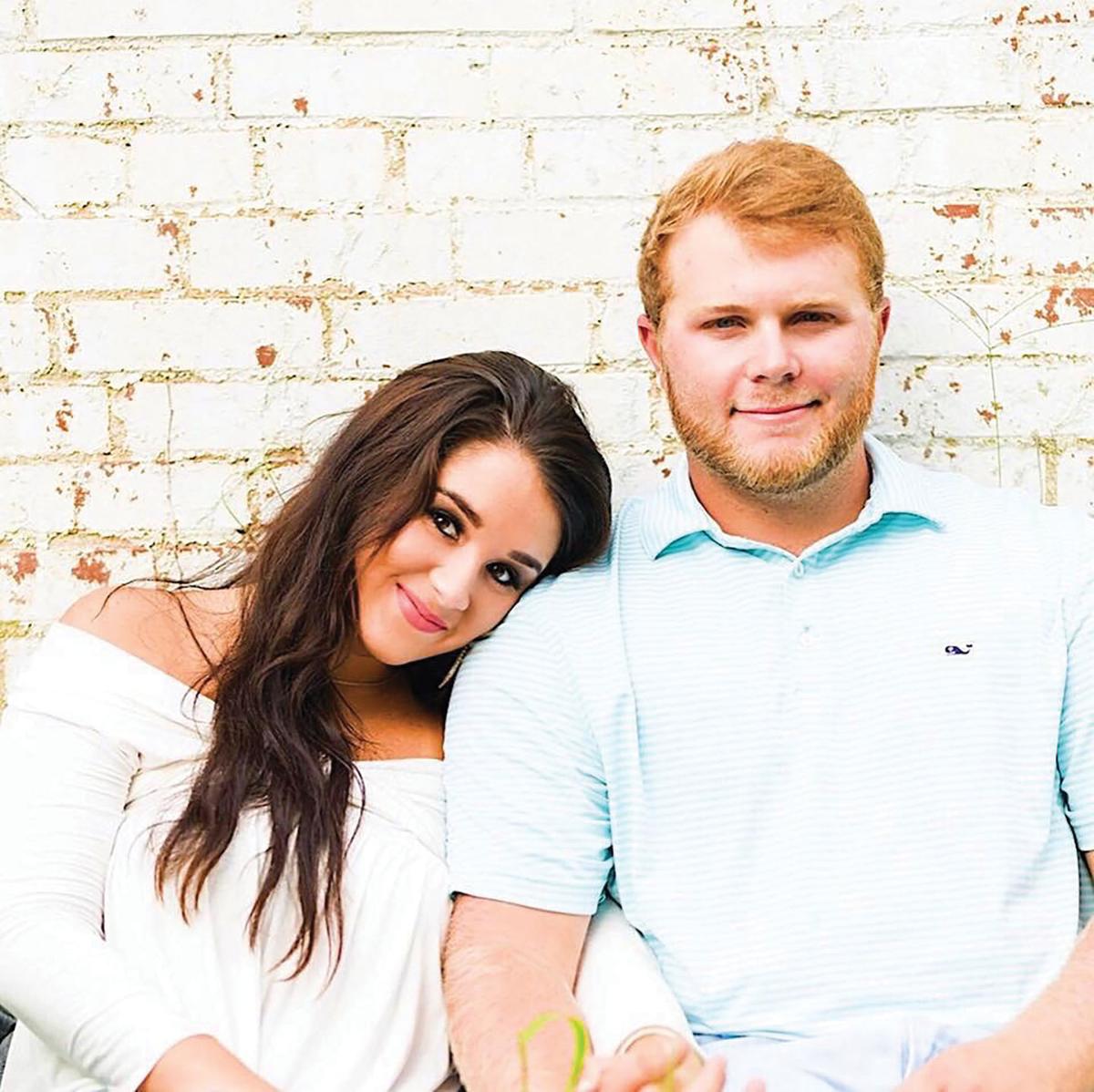 Submitted / The Outlook Tallapoosa County natives Katie Royster and Mark Turner re-scheduled their May wedding for Aug. 29 due to the restrictions of people allowed at gatherings. 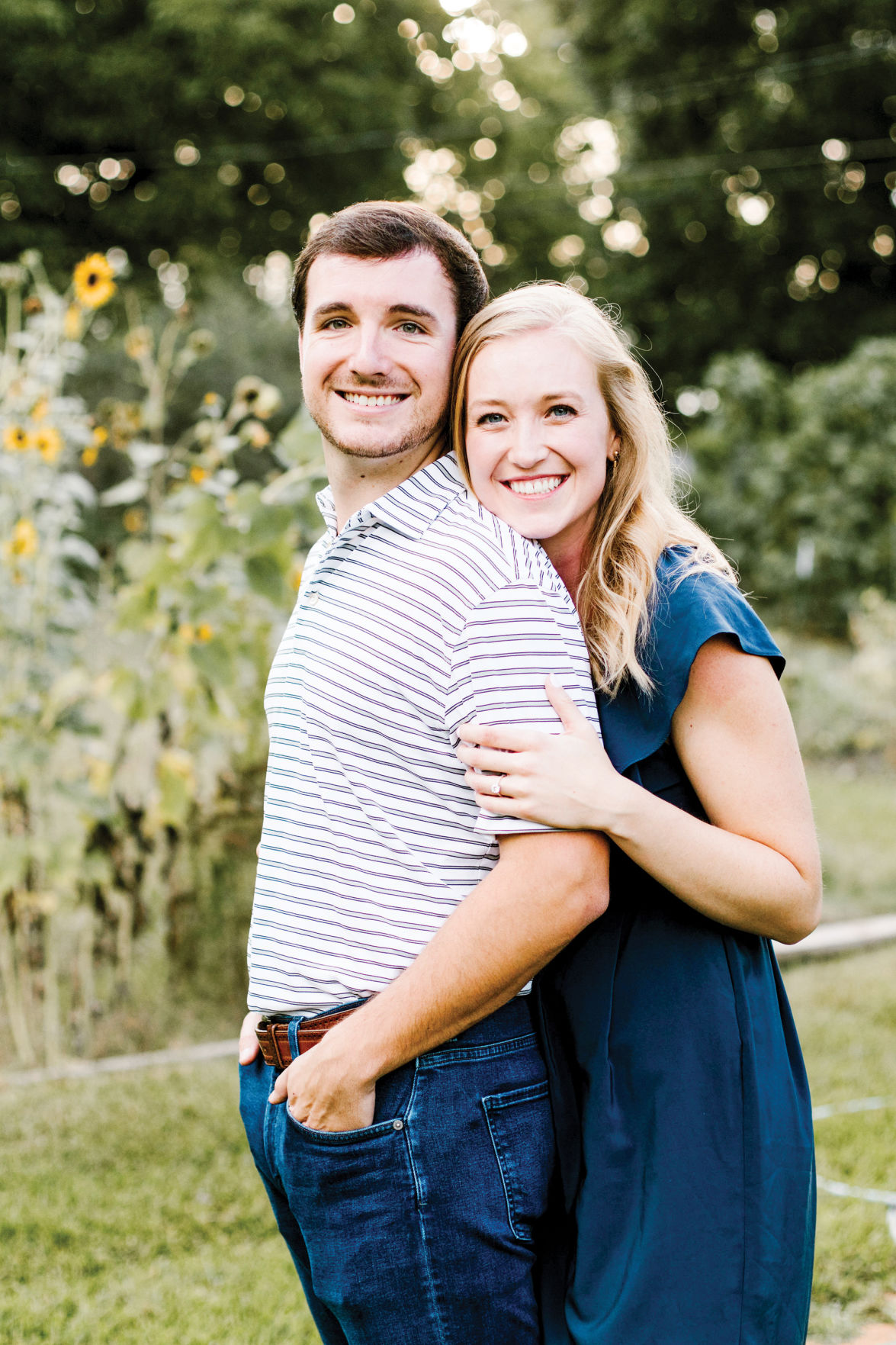 Submitted / The Outlook Brannen McMahan and Bailey Fuqua are debating over holding their ceremony in Birmgingham with only the allowed 10 guests or moving it to Lake Martin, where 25 could be present.

Submitted / The Outlook Tallapoosa County natives Katie Royster and Mark Turner re-scheduled their May wedding for Aug. 29 due to the restrictions of people allowed at gatherings.

Submitted / The Outlook Brannen McMahan and Bailey Fuqua are debating over holding their ceremony in Birmgingham with only the allowed 10 guests or moving it to Lake Martin, where 25 could be present.

A wedding day is one of the most memorable days in a person’s life and every bride dreams for a perfect, flawless event.

In light of Alabama Gov. Kay Ivey’s mandate to minimize gatherings to no more than 25 people to combat the spread of the coronavirus, many couples are opting to postpone their upcoming nuptials or tweak their plans to still find a way to celebrate on this much-anticipated day.

Alexander City native Katie Royster and Dadeville’s Mark Turner planned to get married on May 9 at Tangarray in Eclectic and decided to reschedule until Aug. 29.

Royster works at a dentist office and her co-workers have been heavily following news about the coronavirus. After reviewing some additional statistics and graphs, she thought the worst was probably going to hit in May.

“It was one of those situations where I couldn’t ever handle the fact if someone were to get sick at our wedding,” Royster said. “I couldn’t imagine not having everyone there, but I didn’t want to risk it.”

The couple planned for about 300 guests and the two got engaged in August 2018 so this day has been a longtime coming.

“We’ve been planning this for a while and when I realized that this is what we needed to do, it hit me like a ton of bricks,” Royster said. “But my parents always taught me that if you can’t control a situation, you can’t stress about it. Life is going to be miserable if you stress about situations you have no control over. We might as well make the best of it.”

Another positive is all the vendors they had booked have been adaptable and are still available for their postponed date.

Local engaged couple Scott Hardy and KK Hines faced the same kindness and flexibility with their venue and additional vendors when they chose to continue with their April 4 ceremony with only the wedding party and immediate family. They plan to host a reception in the fall.

“Ultimately it comes down to the health of everyone involved,” Hardy said. “We were expecting a large amount of people, so to try and stay in line with everything happening nationally and the uncertainty, we felt this was the best decision for us and our families.”

The ceremony will tentatively be held at Church in the Pines with the couple assessing the situation daily. Their plan is to act accordingly if additional changes need to be made.

“Russell Lands and their team has been phenomenal to help us work it out,” Hardy said.

While it was a difficult and heartbreaking decision, the bride felt they didn’t come to the decision lightly.

“It wasn’t ideal but Scott and I both prayed about it and talked to our families and this is what God’s plan was for us,” Hines said. “At the end of the day, we’ll be married and that’s what matters most.”

In an almost identical situation, Bailey Fuqua and Brannen McMahan planned their wedding for April 4 at The Sonnet in Birmingham and were recently told they had to limit guests to 25. McMahan grew up coming to Lake Martin and his parents have lived at The Ridge since he was a senior in high school.

The couple, which lives in Birmingham currently, visits the lake once or twice a month. The two strongly considered Church in the Pines or Children’s Harbor for their ceremony and SpringHouse for the reception.

While initially wrestling with the option of hosting their ceremony in Birmingham with only the permitted 10 guests, the couple decided to move their wedding to a friend’s house at The Ridge on Lake Martin. In Tallapoosa County, the restrictions allow up to 25 people at a gathering at one time.

“We’d really rather push back the celebration than push back our marriage,” Fuqua said. “We realize the larger picture is people are dying and extremely sick, so it’s a balance between allowing ourselves to be disappointed and also be a little self-centered right now. We’re trying to keep things in perspective.”

The two was told they’d likely have to wait until late summer or early fall to host their reception.

“Emotionally, it’s good for us to make plans and move forward so we have something to look forward to,” Fuqua said. “We’ve been counting down the days for months but we can’t count down to the celebration any more without a date.”

Some couples are holding out hope things will take a quick turn for the better. Brad Easterwood and Lindsey Blankenship are still planning to host their April 11 ceremony at Cherokee Bend Bed & Breakfast.

“The governor said this is in effect until April 5, so we’re waiting to see if anything gets worse before we do anything,” Easterwood said. “We’re kind of playing it by ear.”

All events leading up to their nuptials have been canceled at the venue, so at least if they keep the date, nobody will have used it between now and then, he said.

Also, right now neither of their grandmothers could be there because they’re under quarantine at Chapman’s Nursing Home. Being the only living grandparent for each of them is disheartening if they couldn’t make it.

“For Lindsey and myself, if we do have to move the date out and everything gets clear, we’ll be happy our grandmothers can be there,” Easterwood said.

Family and friends are offering up their skills in terms of food, photos and the like, so there would be an easier solution if things change.

“Lindsey’s not happy about the possibility of pushing it but she understands that if that’s the way it is, it’s what is best for everybody as a whole,” Easterwood said. “She’s going to be OK but I know she’s ready for the day to be here.”