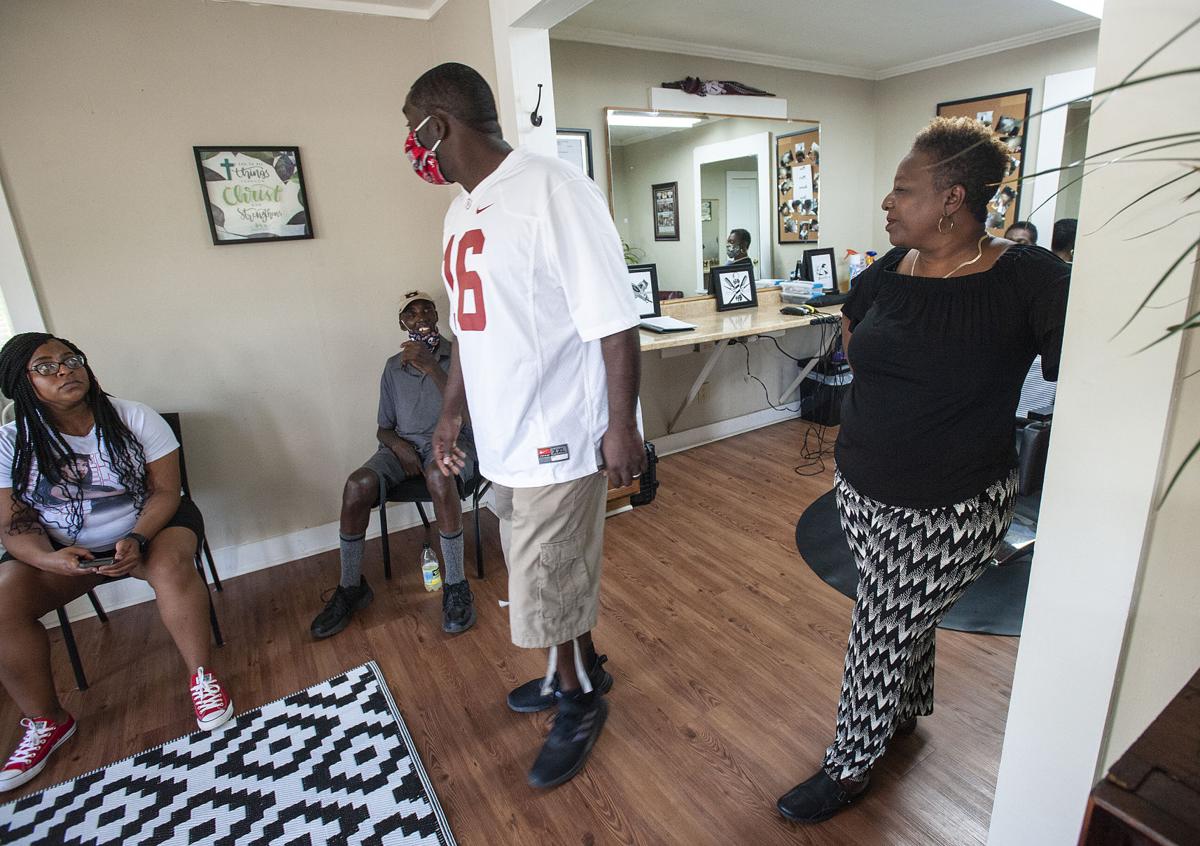 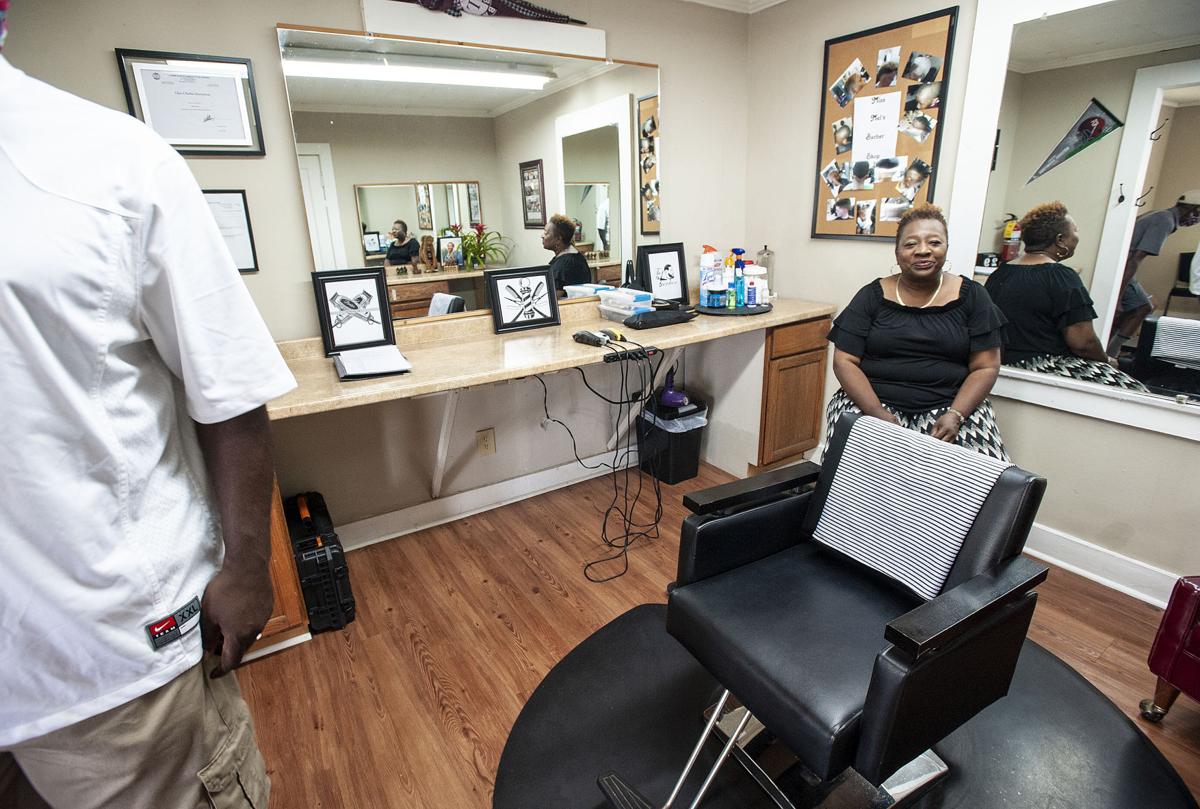 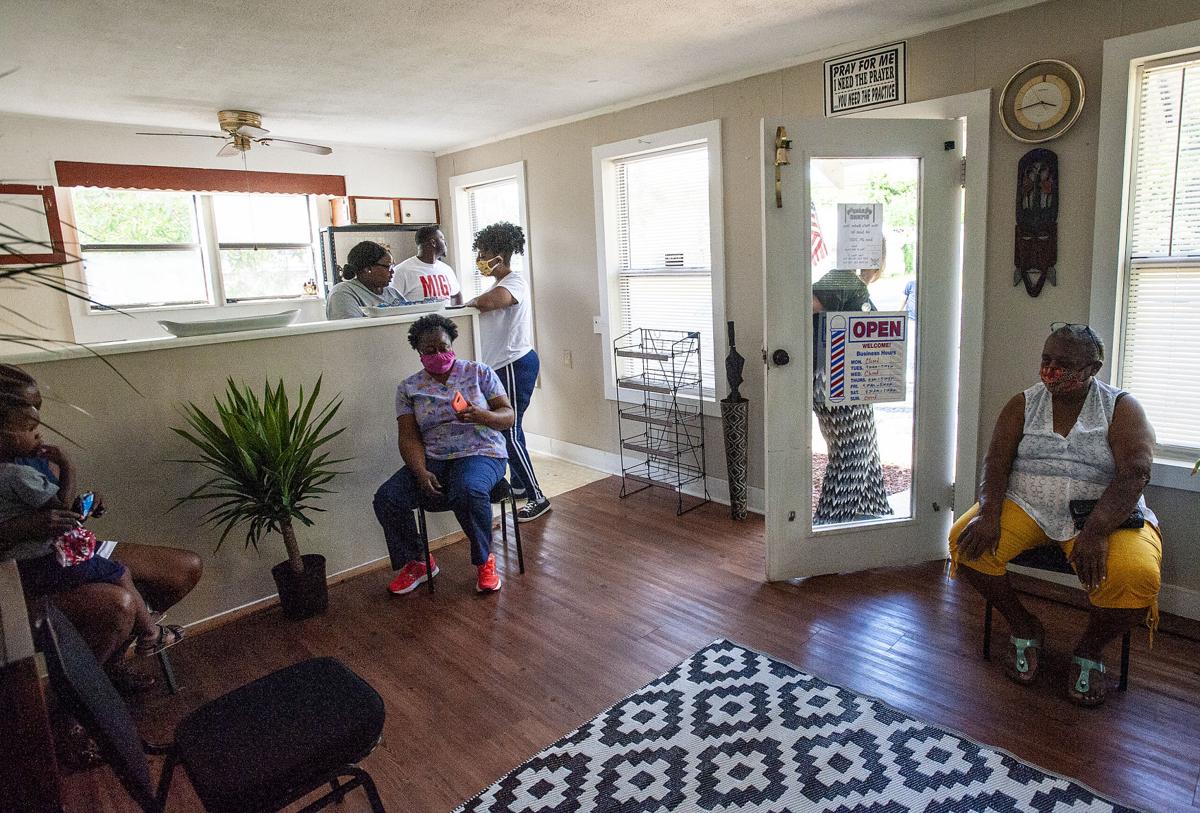 Melena Glenn opens the door to her new place, Miss Mel’s Barber Shop welcoming in family and friends for a small celebration. 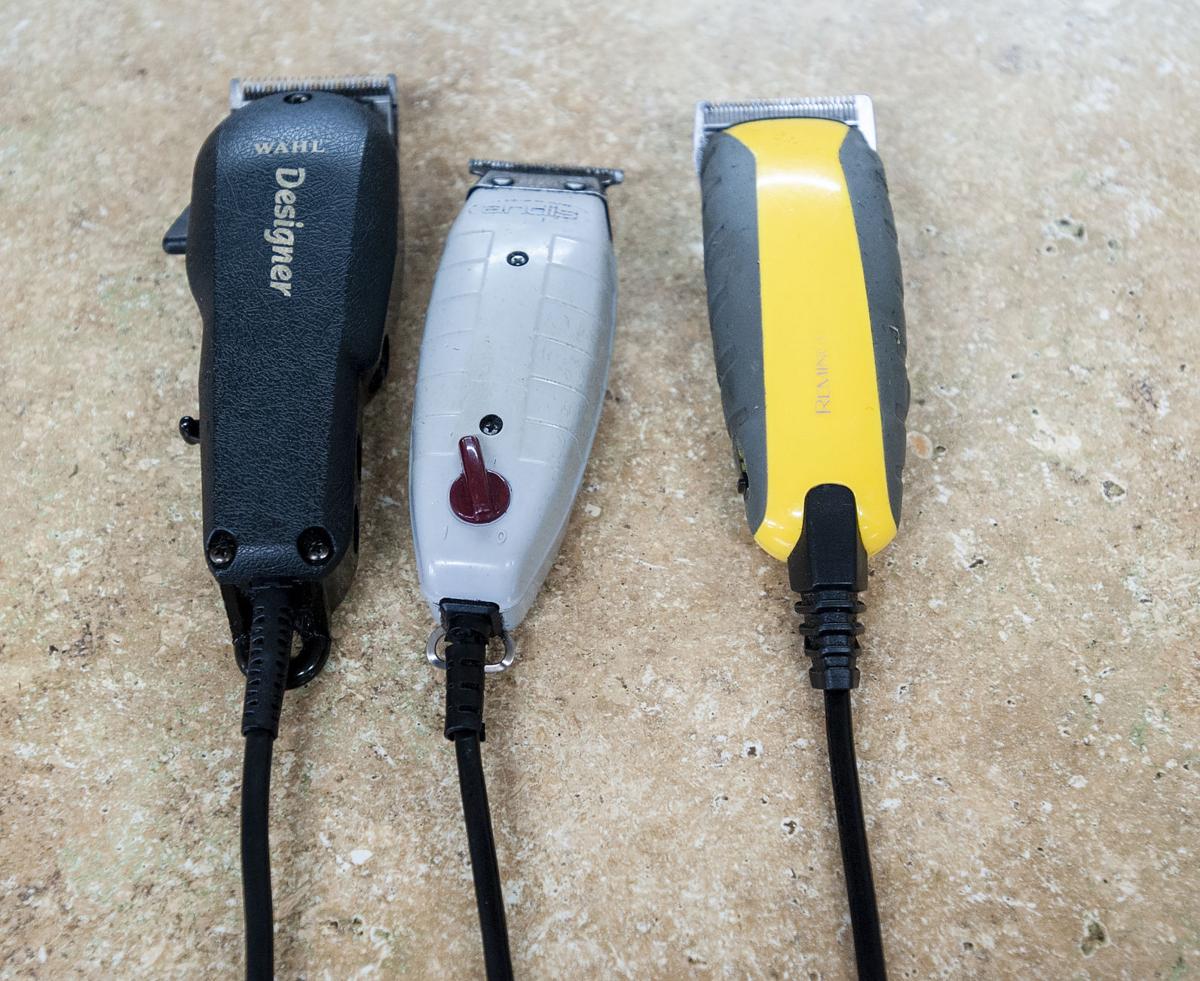 Melena Glenn’s clippers sit on the counter of her new barber shop waiting on the next customer.

Melena Glenn opens the door to her new place, Miss Mel’s Barber Shop welcoming in family and friends for a small celebration.

Melena Glenn’s clippers sit on the counter of her new barber shop waiting on the next customer.

Melena Glenn has been cutting hair for decades but Monday was special; she finally opened her own shop.

“I’m excited about stepping out on my own,” Glenn said. “It’s scary though, but I’m not scared enough to not do it.”

Glenn started cutting hair as a teenager and her first customer ever was at Miss Mel’s Barber Shop Monday to help celebrate the opening.

“The first person I cut was my brother,” Glenn said. “My mother was trying to cut his hair. He was crying because she was messing it up.”

Adrian Stowes was 4 at the time and said his mother and sister had different ways of cutting his hair.

Stowes said Glenn doesn’t cut his hair now but said she has come a long way since first breaking out those clippers.

“She got way better,” Stowes said.

Glenn and Stowes’ mom Miriam Stowes was present for the Monday celebration of the opening of Miss Mel’s Barber Shop on Scott Road near Hillabee Street. She sat back quietly reminiscing about the moment as her children told the story of Adrian’s toddler haircut slowly nodding her head as if saying, “Yes, it’s true” without saying a word. The proud mother greeted everyone coming through the door with a simple hello.

The moment is just what Glenn wants to see in her shop.

“I like the talk in the shop,” Glenn said. “I hope to have customers sitting in here chatting.”

It was the moment of cutting her brother’s hair Glenn realized she was onto something.

“I decided to learn how to cut hair then,” Glenn said.

Before Monday, Glenn said she cut hair in the shop in one of her now competitors up until Saturday.

“I was at Rick’s Barber and Style for about 21 years,” Glenn said. “He gave me an opportunity to come into his shop and I’m grateful. I also cut hair at the House of Style when I was in college. That was my first job in a real shop.”

Glenn had been thinking about stepping out on her own for a while. She even looked at the place her shop is now located but held back. The COVID-19 pandemic and its restrictions struck while she was working at Rick’s.

“We came back to work after the shutdown,” Glenn said. “(The property owner) visited me again. I finally said yes.”

Glenn said a few things will be different.

“This is my first business,” Glenn said. “I’ve been wanting to do it for a long time.”

Glenn has her worries but is confident she can do it.

“This will be my first time keeping up with everything,” Glenn said. “I’m slightly worried about being able to run it all, keeping up with the financial stuff, but I’ll make it.”