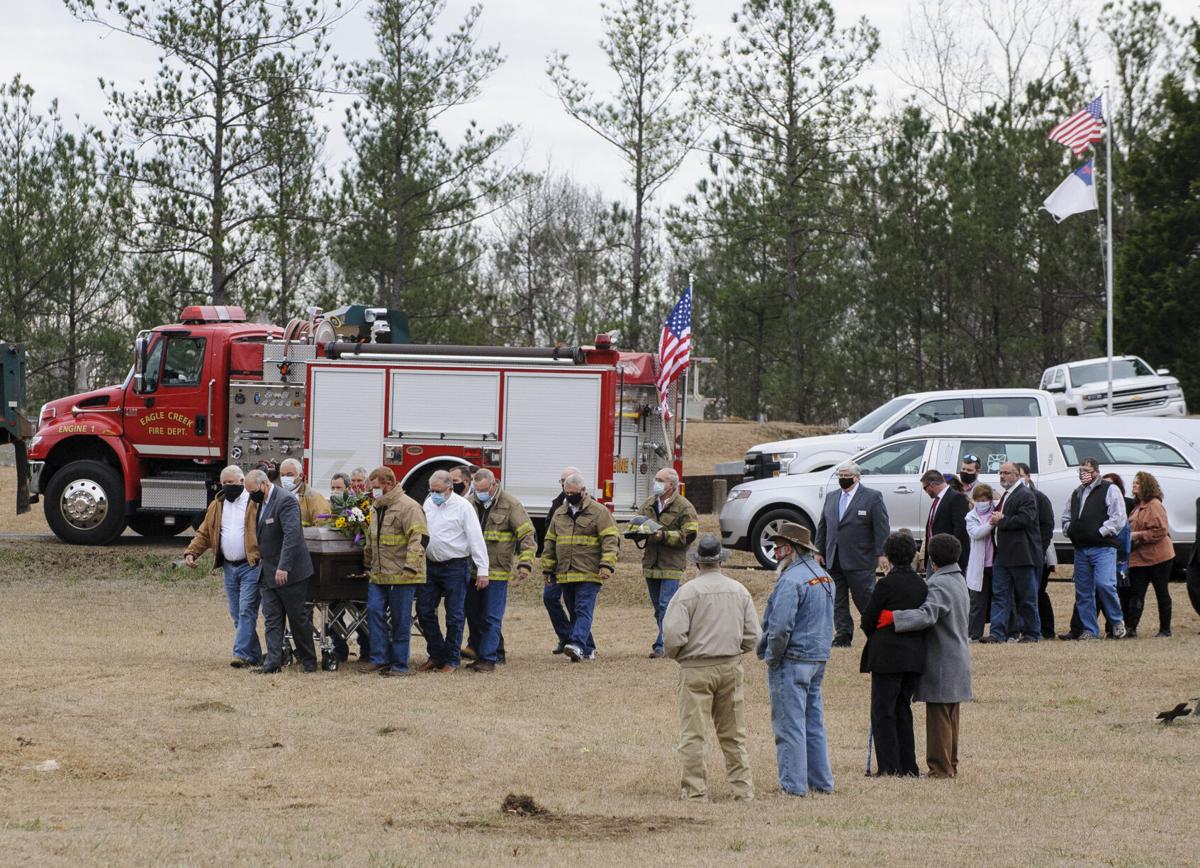 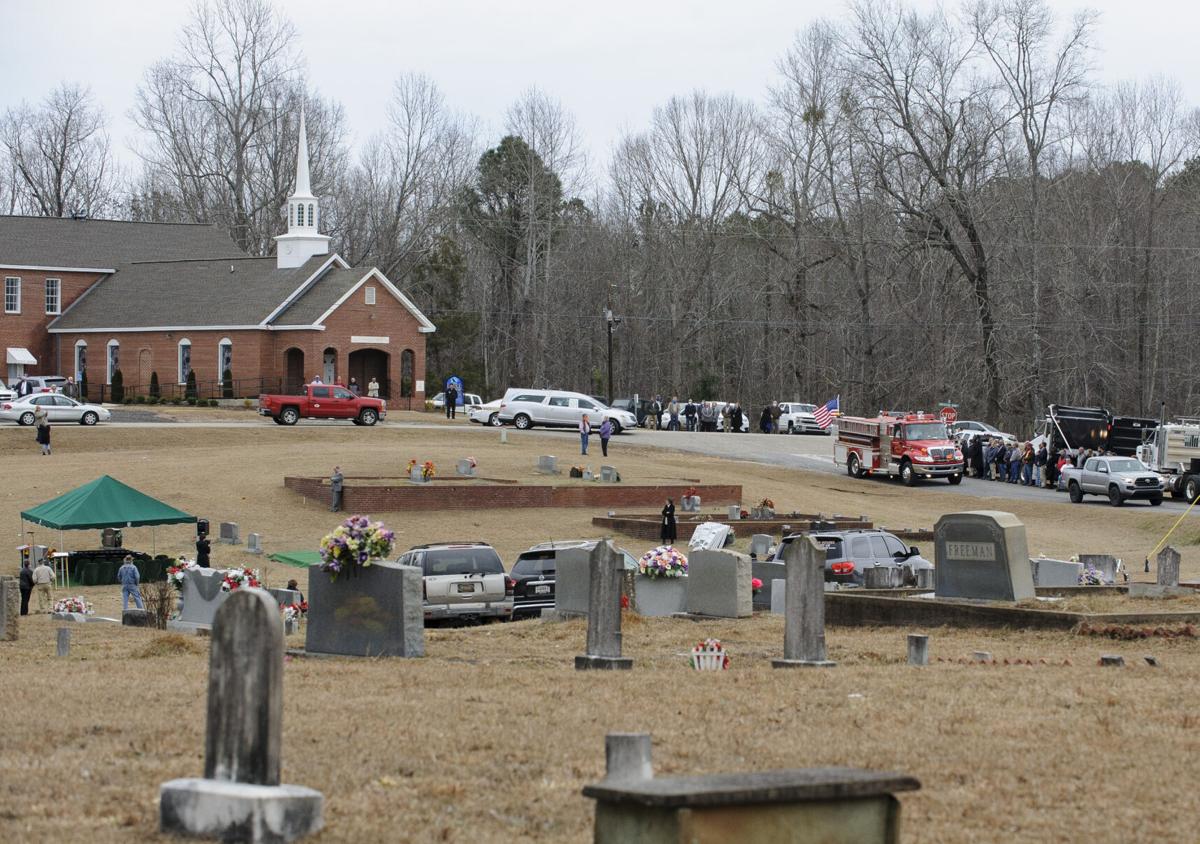 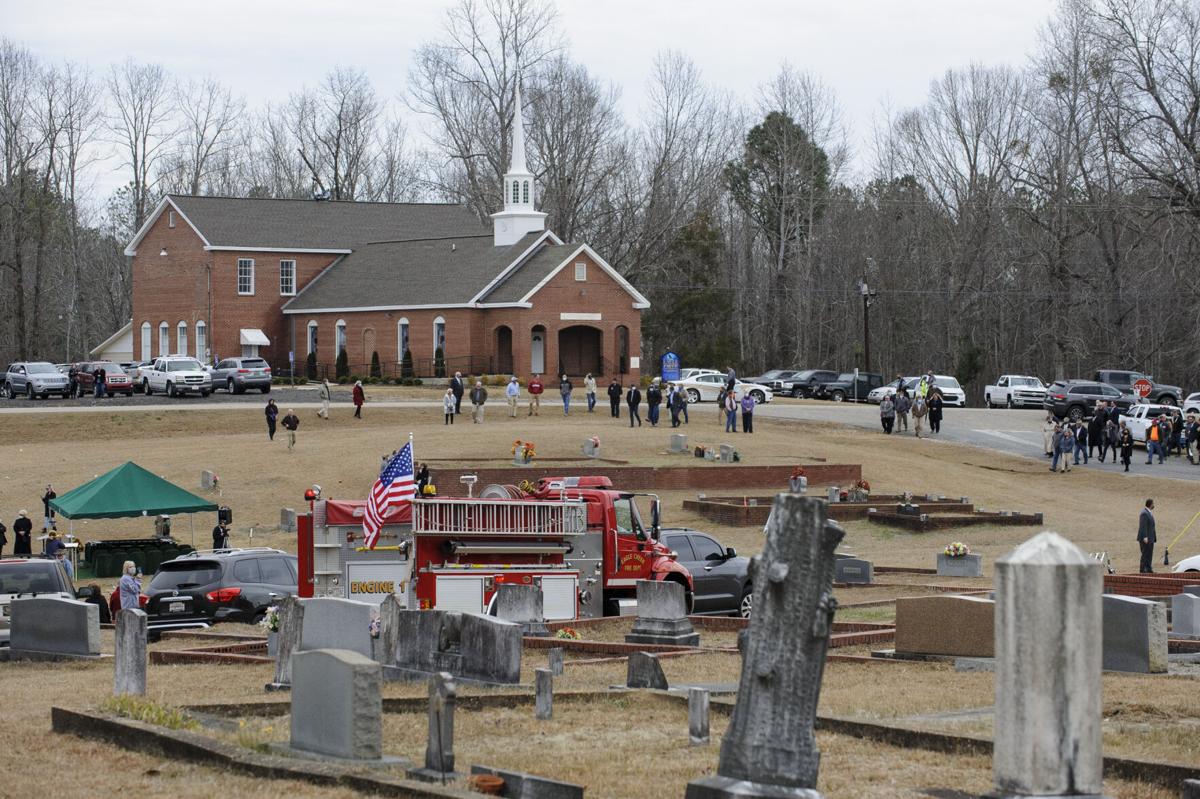 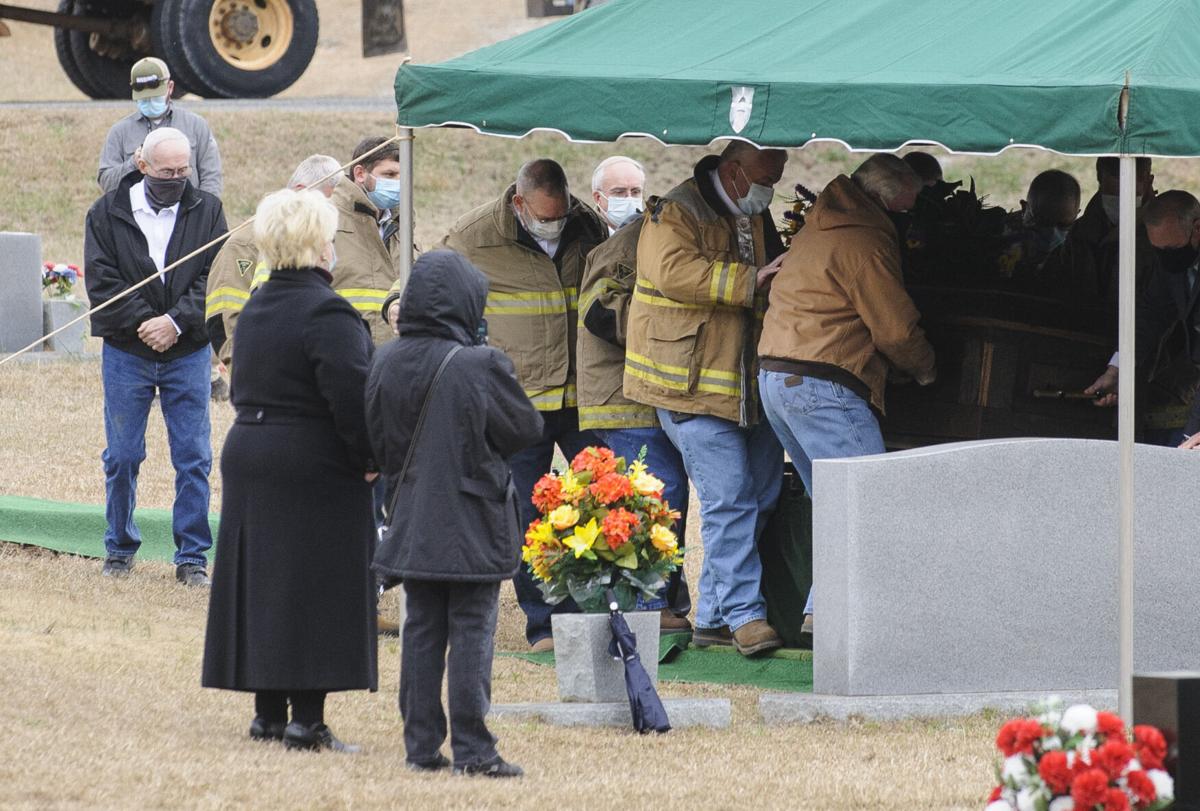 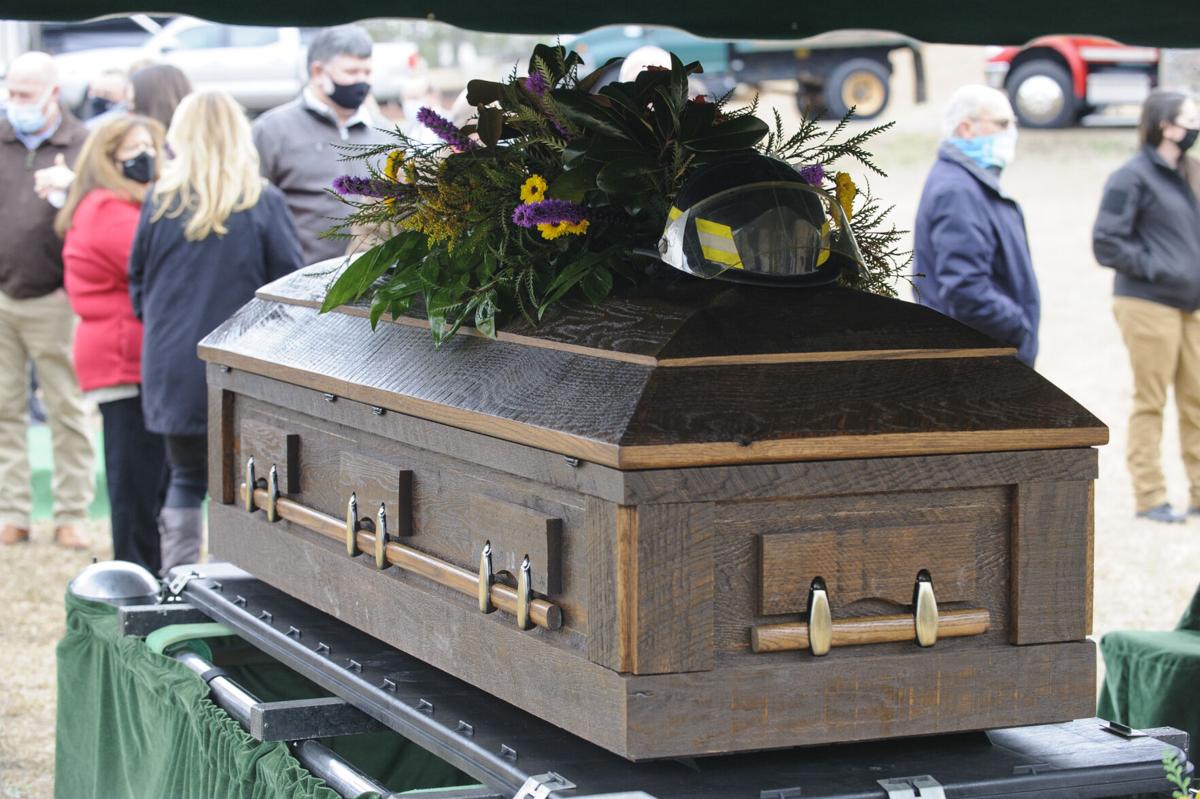 Cliff Williams / The Outlook Leonard Cannie Mckelvey was a carpenter and volunteer firefighter. He was buried in a casket made of reclaimed barn wood Thursday.

Cliff Williams / The Outlook Leonard Cannie Mckelvey was a carpenter and volunteer firefighter. He was buried in a casket made of reclaimed barn wood Thursday.

Even in death Leonard Cannie McKelvey had his way.

McKelvey was laid to rest in a casket made from reclaimed barn wood looking over the Eagle Creek Baptist Church and the Eagle Creek Volunteer Fire Department, both of which the carpenter helped build.

McKelvey was known as Bud to many, including retired Eagle Creek pastor Tim Thompson who spoke to family and friends before he was laid to rest.

“All our lives are better for knowing Bud,” Thompson said. “Bud was the unofficial mayor of Eagle Creek. He knew almost everybody that lived out here. He was always ready to help the fire department, the water board — it didn’t matter if somebody needed something, he would drop what he was doing and would help.”

Thompson said Bud became a great friend to Thompson and his wife Virginia.

“He embraced us,” Thompson said. “My wife can come up with some crazy ideas. She discovered Bud could build anything, fix anything, prepare anything, grow anything. There wasn’t anything he couldn’t do. So he became her partner in crime. When she wanted something done, he would either show her how to do it or he would do it for her.”

McKelvey had a way of doing things, but it was always the right way.

“I walk outside and there is this blue Chevrolet truck and this gentleman I have never met before wearing a ball cap, wrist watch; actually reminded me of my grandfather. He was working at the church early that morning.”

Gurley said he learned a lot about McKelvey.

“What I realized was that was not an uncommon thing at all for Mr. Bud,” Gurley said. “That first week, I probably hung out with Mr. Bud more than I did anybody my first week here in Eagle Creek. It only took me a week to appreciate Mr. Bud and his ways. It does not take you very long to grow to love Bud McKevley.”

“We were all blessed and privileged just to be a part of his life,” Thompson said. “I thought about legacy and what legacy is. Legacy is not a will. Legacy is what kind of footsteps did you leave for people after you to walk in. You either leave good footsteps or bad ones. I want to tell you — Leonard Bud McKelvey, he left footprints that absolutely work. They will guide to the best things in life. He left what a true legacy is.”

Thompson said McKelvey’s legacy of loving family, loving God, a hard work ethic, to tell the truth should be characteristics everyone should follow.

He left you a legacy to make your community better. Don’t just say stuff about your community, do something to make it better. He did.

“He left a legacy that said every now and then you need to drop everything and go help somebody who needs help because it matters.”

Thompson said McKevley made a large investment in his community.

“Because of that, there is a big hole left here,” Thompson said “There is so much he did for so many.”

As an Alabama fan, McKelvey tried to convert as many people as he could, even at his job as a carpenter at Auburn University.

“He came to my office one Sunday morning, he came in early and sat down,” Thompson said. “We did this every Sunday morning. He looked at me and smiled and said, ‘You know what preacher, you would be a lot better preacher if you would learn to say Roll Tide.’”

“He was a big Alabama fan,” Gurley said. “He worked at Auburn and he was a carpenter there and on the back of almost everything he built he wrote the words Roll Tide. So the joke for everyone who loves Auburn, somewhere there is Roll Tide written all over that campus thanks to Bud.”

“He was president and founding member of the fire department,” Lloyd said. “He along with some other men were the founding members of the fire department. He was multitalented. He built this fire station, and the fire station down there he helped build it. When we had those old forestry trucks, he helped repair them. He taught me how to change the grease seals of a two ton truck. I had no clue. I was young and he said we were going to fix that truck. He brought the tools up there, pulled the back wheels off and put a new grease seal in.”

Lloyd said he also knew ‘Leonard’s Way’ and experienced it while building a new fire house.

“We built that thing and it didn’t cost the fire department anything,” Lloyd said. “He built it and we helped him. He was a great carpenter and was a great guy too. It was Mr. Bud’s way. His way was going to be right but it was his way. For the firefighters we have a big empty spot.

Thompson said those who know God will see McKelvey again.

“We don’t come to say goodbye,”Thompson said. “We come to say, ‘Hey Bud we will see you again.’”