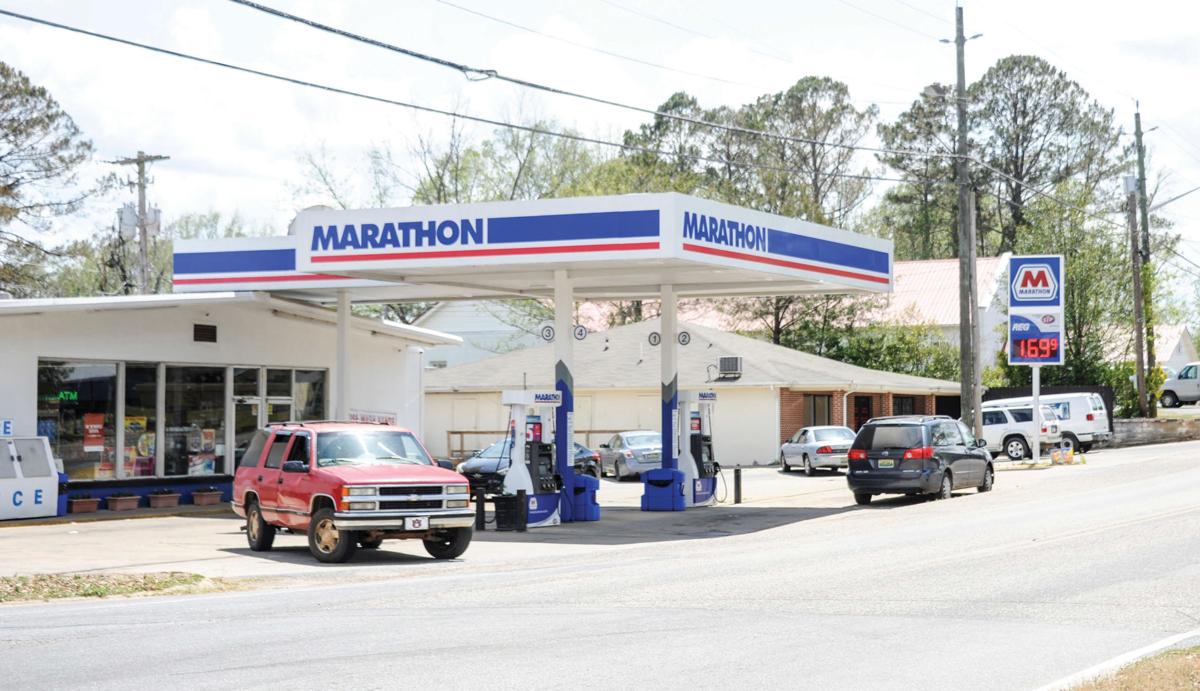 Regular unleaded gas was priced at $1.69 at the Marathon on Hillabee Street on Friday. Alexander City’s gas prices averaged $1.68 this week which is just 7 cents lower than Friday’s most expensive price in the state. 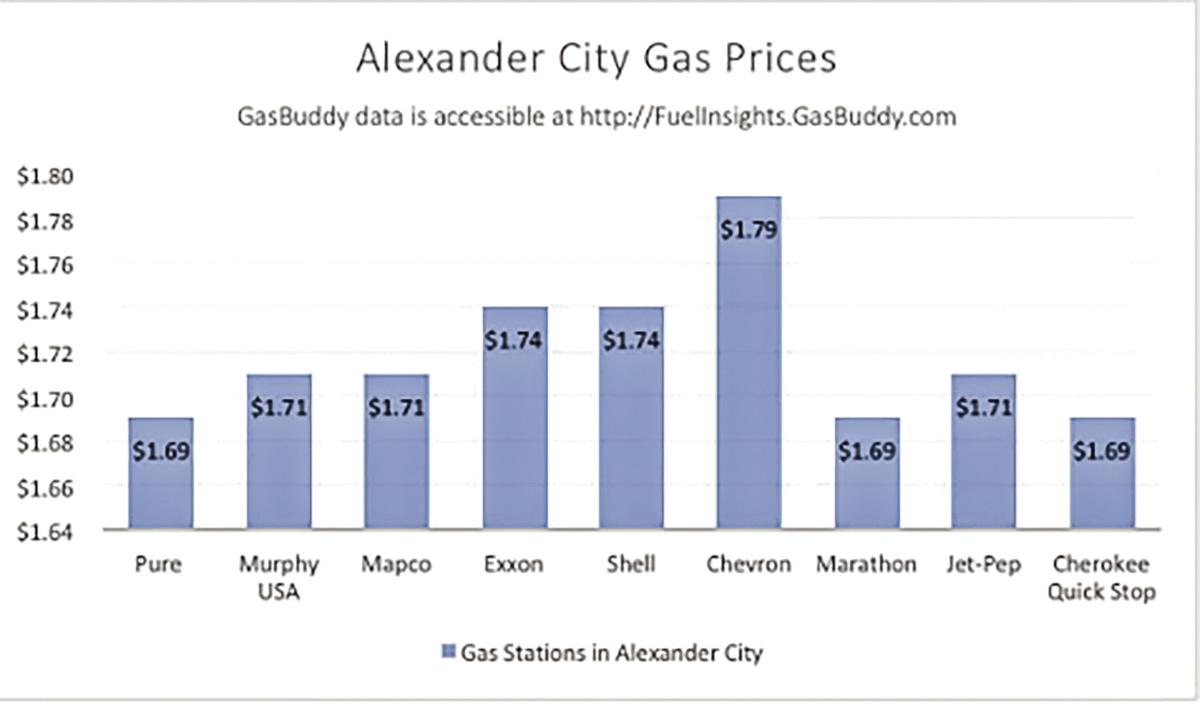 The average price per gallon of regular unleaded gasoline in Alexander City this week is $1.68, 13 cents higher than the state average of $1.55, according to gas analyst company GasBuddy.

As the state reopens amid the COVID-19 pandemic, the demand for gas is beginning to rise. And with it, local residents’ concerns grow over high gas prices.

The average price per gallon of regular unleaded gasoline in Alexander City this week is $1.68, 13 cents higher than the state average of $1.55, according to gas analyst company GasBuddy.

On Friday, American Automobile Association (AAA) reported Tallapoosa County has the sixth highest retail gas prices behind Calhoun, Bullock, Monroe, Escambia and Clay County, respectively. Tallapoosa is one of 13 Alabama counties with a county average gas retail price between $1.645 to 1.799.

Kim Johnston, customer service leader at Mapco located at the intersection of U.S. Highway 280 and E. Street in Alexander City, said competition between gas stations may be raising the retail prices.

“Our company does competitive pricing,” Johnston said. “We turn in a competitive fuel survey twice a day with the three gas stations closest to us and then there’s a fuel analyst that tells us what to set the price at.”

“I’m not really sure why the gas here is so much higher because our other stores like Auburn are 30 cents lower,” Johnston said.

Alabama gas prices have risen 4 cents per gallon in the past week, averaging $1.57 per gallon Friday, according to GasBuddy’s daily survey of 3,348 stations.

With the rise in local prices, some residents are concerned price gouging is occurring in Tallapoosa County.

Brenda Siggers, owner of Sigger’s Family Market in Dadeville, said there are inconsistencies in the county’s gas prices.

“If we had non-ethanol gas or regular gas — it was $1.69 a few months ago — why is everyone else’s prices so high?” Siggers said. “Some people may be gouging the price trying to make extra money.”

Alabama’s price gouging law prohibits the unconscionable pricing of items for sale or rent and comes into effect when the governor declares a state of emergency.

While gas prices in Alexander City have varied amid COVID-19, price gouging is not behind the price fluctuation.

Title 8, Chapter 31 of the Code of Alabama states the Alabama Unconscionable Pricing Act determines “engaging in price gouging for the sale or rental of any commodity or rental facility” during a declared state of emergency unlawful. Price gouging is defined by imposing unconscionable prices, defined as an amount equal to or in excess of 25% the average price at which the same or similar commodity was obtainable in the affected area in the last 30 days immediately prior to the declared state of emergency. Additionally, gas prices are aligned with their comparative markets.

The fine for violating Alabama’s price gouging law can be up to $1,000 per incident.

Alabama is currently the sixth least expensive state in the U.S. with retail prices averaging at $1.55 per gallon, down 4.6 cents from April according to GasBuddy.

Retail gasoline prices are mainly affected by crude oil prices and the level of gasoline supply relative to gasoline demand, according to the Energy Information Administration’s (EIA) website.