$11.00 for 30 days
Get Started
You are the owner of this article.
Edit Article Add New Article
You have permission to edit this article.
Edit
Home
News
Sports
Opinion
Obituaries
Multimedia
e-Edition
Classifieds
1 of 4 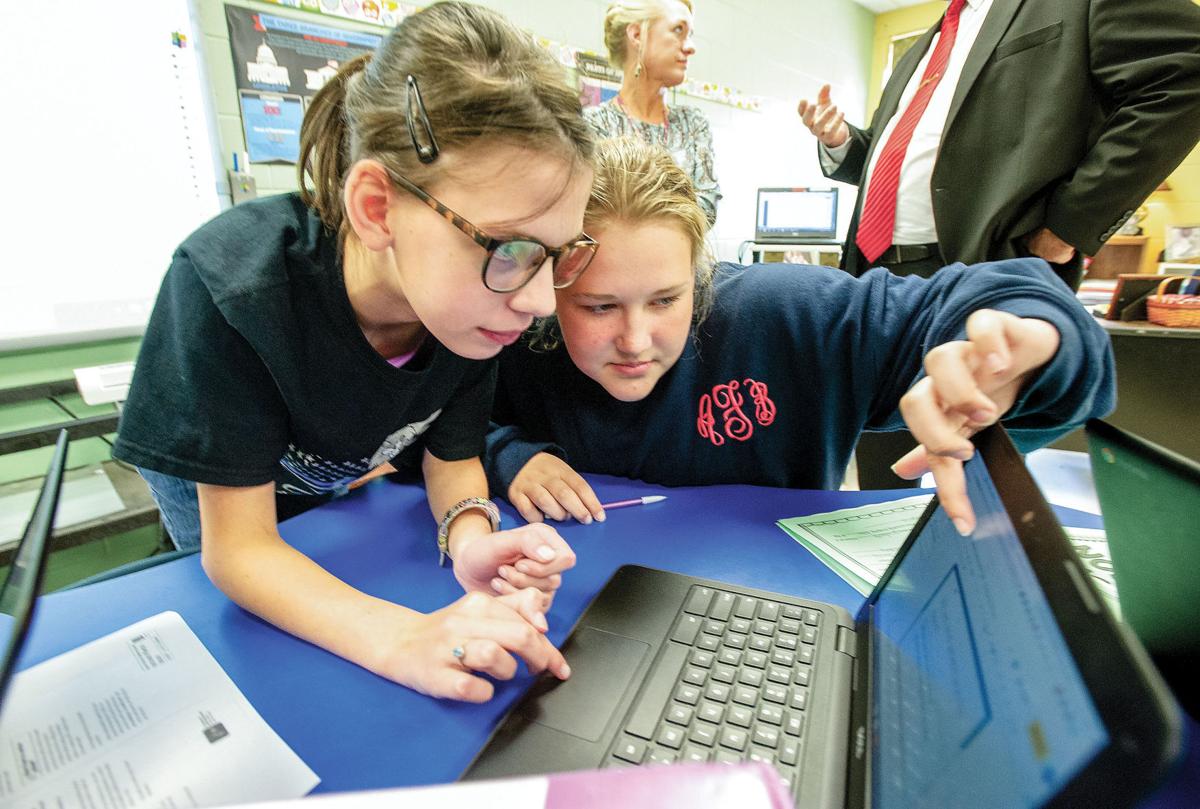 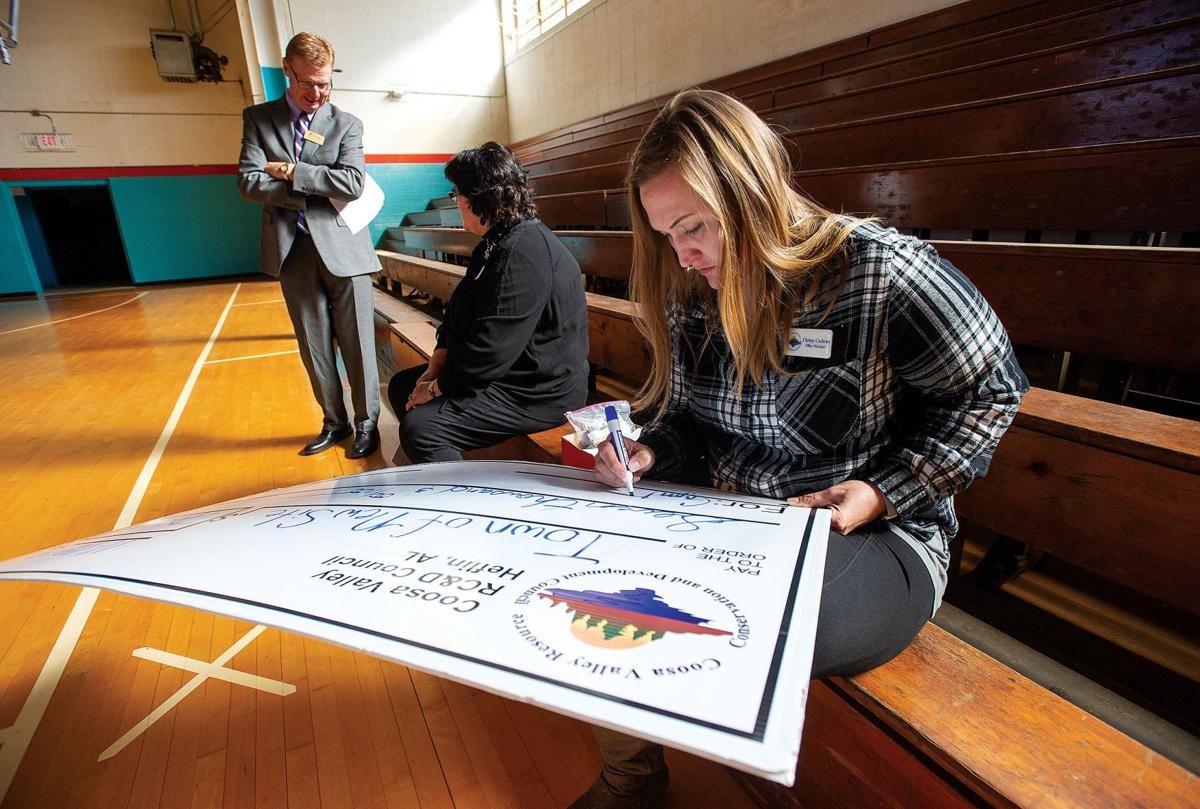 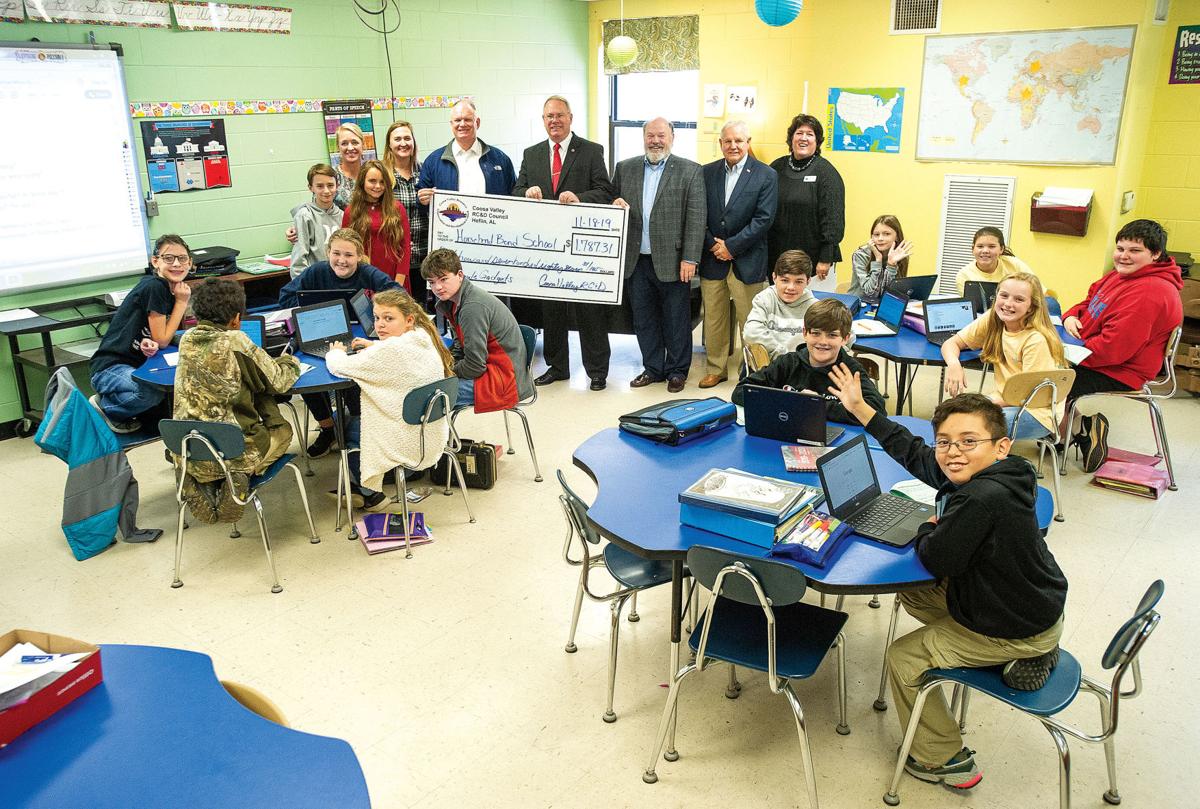 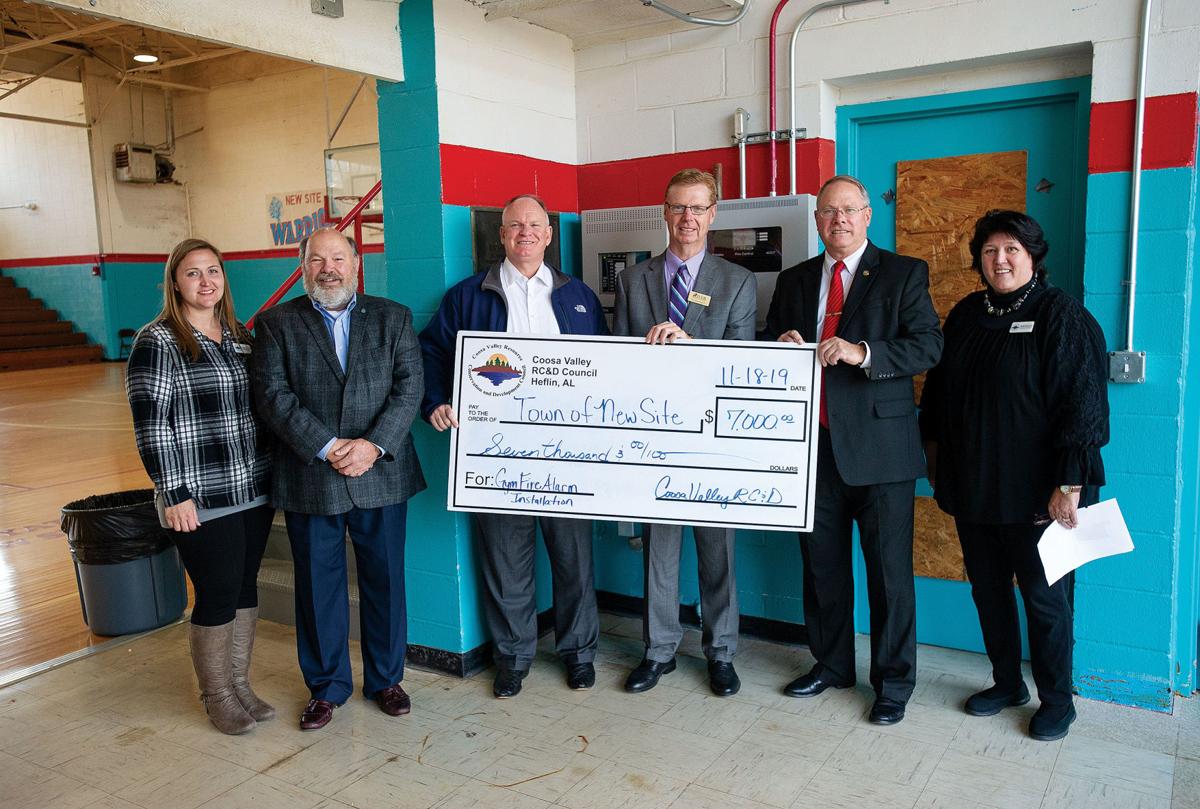 Officials gathered in New Site Monday to see the results of grants issued by the Coosa Valley Resource Conservation and Development Council in the last year.

Coosa Valley RC&D awarded grants to Horseshoe Bend School for the purchase of Google Chromebooks to aid in transition of sixth-graders to the one-to-one technology initiative they will be using next year instead of traditional educational methods and to the Town of New Site to install a fire alarm and life safety system in the renovated gym.

Coosa Valley RC&D director Heidi Richards was happy to see the funding already at work at the school in Christie Marvel’s sixth-grade classroom.

“It looks like you’re using Chromebooks already that we gave you the money for,” Richards said. “That is good.”

Students were researching information on World War I but had already completed graded tasks before officials arrived.

“They completed quizzes,” Marvel said. “The answers went immediately to me to check them. They did very well. The students use (the Chromebooks) in my classroom and in math class, so they are comfortable with the Google Suite.”

Richards was accompanied by state Sen. Tom Whatley (R) and state house Rep. Ed Oliver (R) who have served in the military, so they were interested in Monday’s lesson.

Marvel said students complete webquests daily and Monday’s quest was again on WWI and President Woodrow Wilson. The students worked on summary slides of information they found on Wilson through approved websites.

Whatley questioned students how WWI started and Oliver was interested in the extra knowledge students gained.

“Who can tell me what a U-boat is?” Oliver asked.

“With six teams trying to use one gymnasium, we wanted to help alleviate that,” Blasingame said. “We were not able to utilize this gym. Basically this was an old building and didn’t meet code – fire and life safety code.”

Blasingame said the state fire marshal inspected the building and told town leaders what would be required so they could occupy the building. The town installed a fire alarm and emergency lighting meeting state code. The grant funded $7,000 of the more than $14,000 project

“Your grant helped fund that,”. “Blasingame said to officials. “It was important for us to do that. It is dedicated to use by the teams at the school for practice and for our youth programs.”

Blasingame said he heard complaints from parents who said their children were getting home after 9 p.m. because the school only had one gym and because of team scheduling conflicts.

“Now they come to the gym and they’re home by 5:30 p.m.,” Blasingame said. “The teams are swapping who comes here.”

Blasingame said Oliver and Whatley were instrumental in backing the grant application. Blasingame also thanked Terry Martin, who is also part of the RC&D, for making sure he knew grants were out there for projects like this.

Richards said the Coosa Valley council is one of nine councils throughout the state helping with projects like the Google Chromebooks at Horseshoe Bend School and the New Site gym. While the councils have a number of differences, they also have a number of similarities in trying to help communities move forward.

Whatley and Oliver both expressed how good it was to see everyone working together to bring plans and ideas like this to fruition.

“You always find a way to make it work,” Whatley said.

Oliver added, “The RC&D has been really good about this. I’d do anything for Tallapoosa County.”