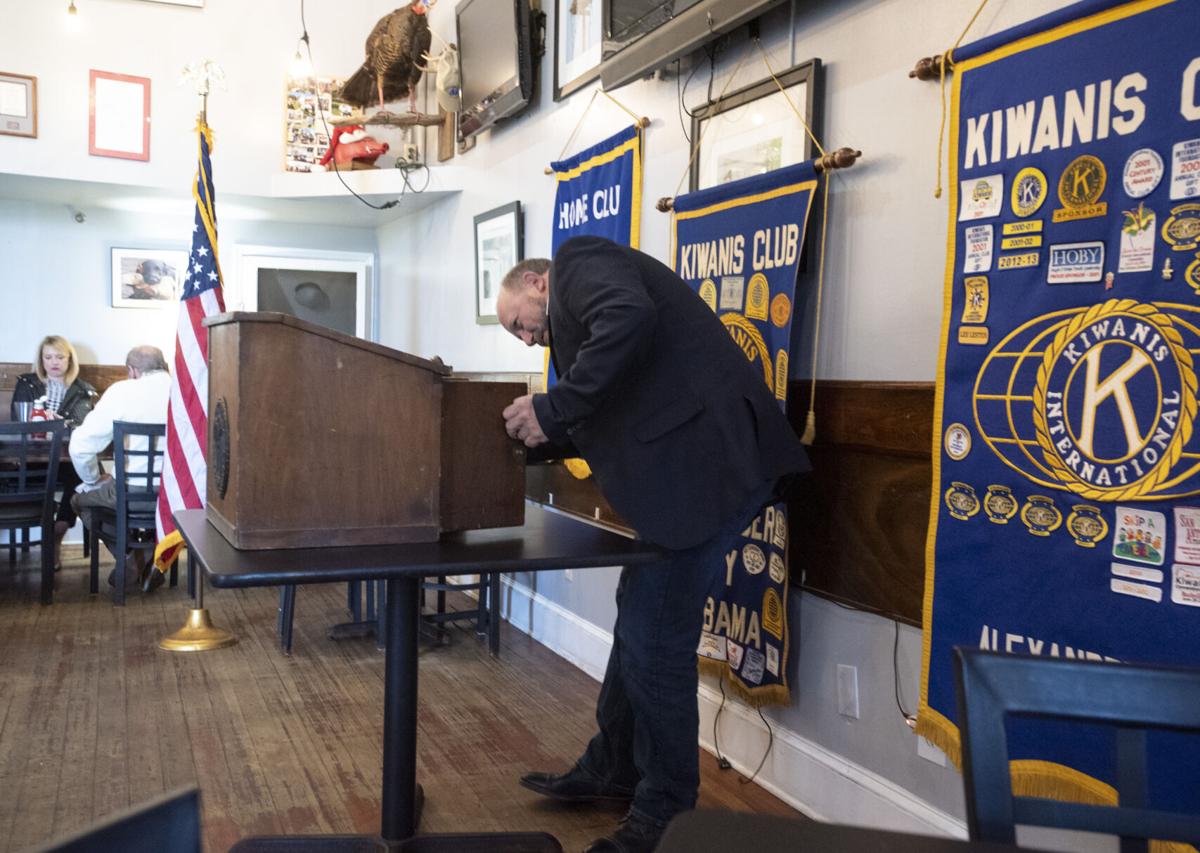 Cliff Williams / The Outlook Alexander City Kiwanis Club president Scott Blake cautiously looks for the gavel in the podium of the club at Thursday’s meeting, the first in several months. 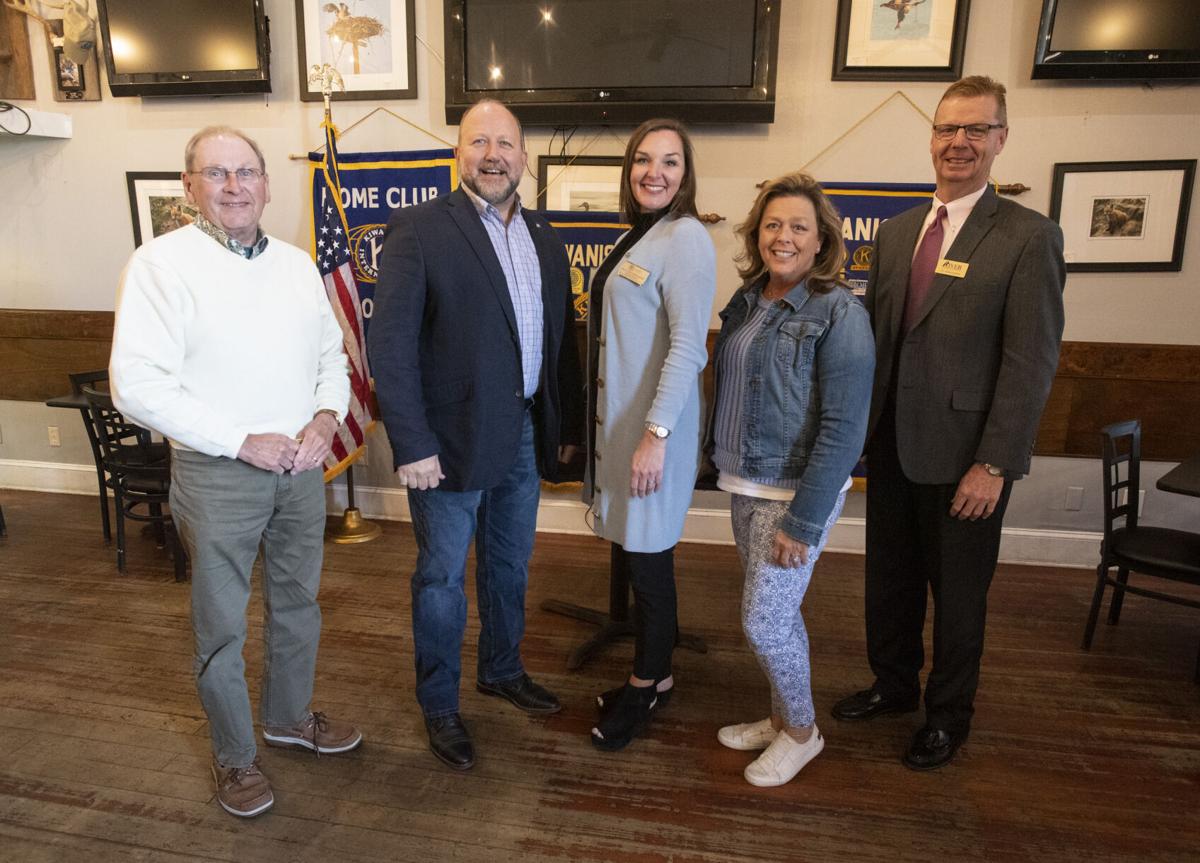 Cliff Williams / The Outlook Members of the Alexander City Kiwanis Club Marvin Wagoner, left, Scott Blake, Cecily Lee, Mary Jo Johnson and Phil Blasingame pose for a photograph after it was announced the club was named among a distinguished club among the clubs in Alabama. 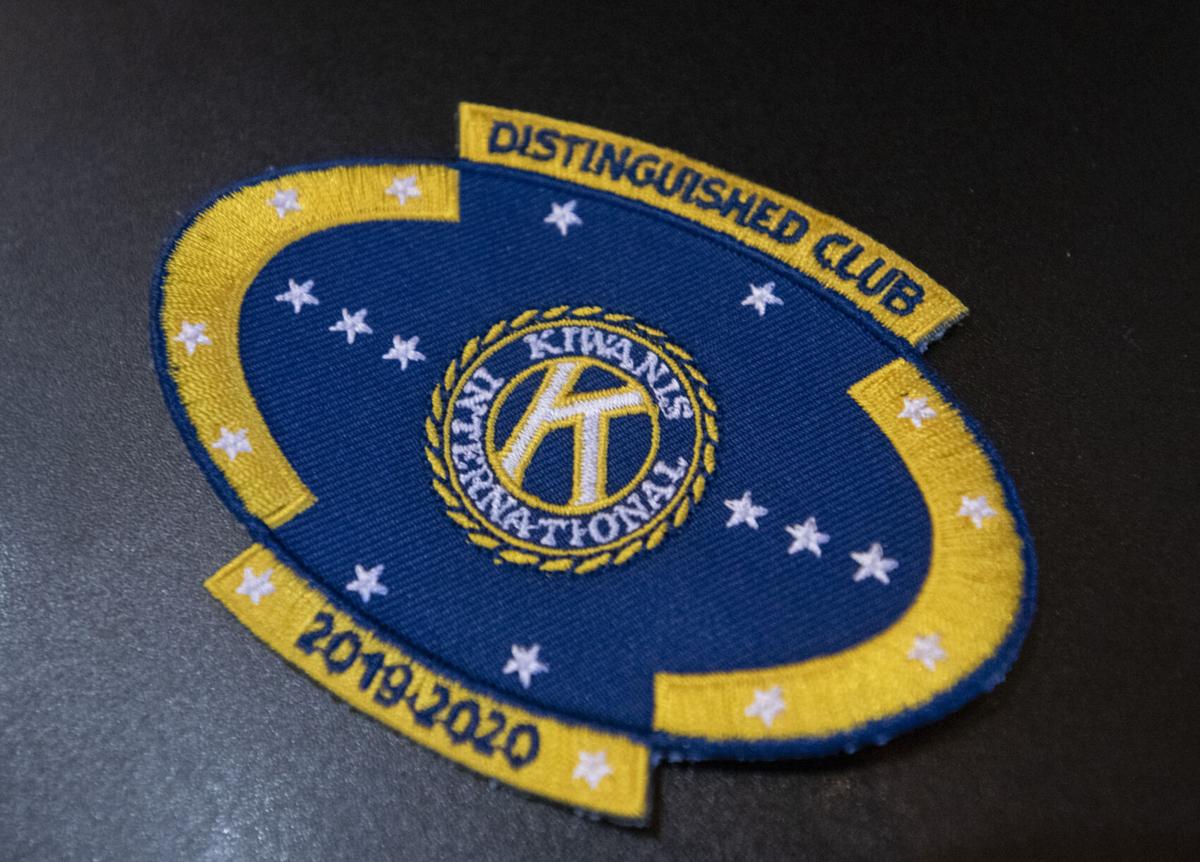 Cliff Williams / The Outlook Members of the Alexander City Kiwanis Club Marvin Wagoner, left, Scott Blake, Cecily Lee, Mary Jo Johnson and Phil Blasingame pose for a photograph after it was announced the club was named among a distinguished club among the clubs in Alabama.

Scott Blake cautiously opened the podium just before he declared a meeting of the Alexander City Kiwanis at Jake’s Thursday.

Blake was unsure what might be hidden behind the doors to pull the gavel out for the meeting.

“Look a here,” Blake said as the gavel appeared. “I was hoping there wouldn’t be anything else. It’s the first time in forever.”

Blake and a few of the other members of the Alex City Kiwanis gathered for lunch. A year ago it was a weekly occurrence.

Tap, tap, tap the gavel sounded as Blake struck the podium with the dark wood hammer.

“For those of you who forgot, that means get up,” Blake said.

After a quick prayer by Marvin Wagoner and the Pledge of Allegiance...

“I almost forgot the pledge,” Blake said. “I don’t know how many months since I led it. You ought to sing the National Anthem in front of 10,000 people.”

“It’s been a while,” Alex Kiwanis secretary Cecily Lee said.

Lee is the administrator of Brown’s Nursing and Rehabilitation and the COVID-19 pandemic prevented her from attending many meetings in the last year. Blake carried on from the podium, remembering his duties as president speaking to members in person instead of through email, video conferences and the occasional in-person board meeting.

“It’s the first meeting in forever,” Blake said. “Even though we haven’t met much in the last year, you got stuck with me as president for the second year in a row and Mary Jo (Johnson) is the vice president and Cecily is the secretary forever.”

Not normally nervous and used to singing the National Anthem in front of the crowd at Auburn University basketball games where thousands peer at Blake, he paused and shook his head at the nine people in attendance.

“She is president-elect of Kiwanis Montgomery,” Dawkins said. “She will be president of one of the largest clubs in the world. They are the third largest.”

Waggoner said the largest Kiwanis club in the world is in Birmingham.

Peavy explained that the Montgomery club hosts the Alabama National Fair every year and has about 294 members, but is not the only club in Montgomery.

Dawkins commented Peavy will be the first woman president of the Montgomery Kiwanis Club. Members of the Alex City club quizzed Peavy about how the Montgomery club handled things through portions of the pandemic when facilities began to allow meetings.

Like many civic organizations, the Alex City Kiwanis membership is becoming smaller and members struggle to recruit new members, especially under the age of 40. Peavy said the Montgomery club had the same struggles.

“I’m about the youngest in the group,” Peavy said. “But we have started a targeted focus on that through social media. We actually hired a media marketing person who is now pushing content to social media to try to attract those individuals, younger professionals. Obviously we are trying to do a better job about just asking, but that is our goal and focus we have.”

Blake said the Alex City Kiwanis was also focusing on recruiting members, one of two main objectives. The other was fundraising to support the efforts of children’s programs in the area.

“It is hard to do; I think the youngest person in the club might be sitting right there,” Blake said pointing to Lee.

Blake wouldn’t give his age but did acknowledge one child already out of school and in the workforce for a few years.

We probably had 75 members then. It is more and more difficult to get young people to come out now.”

One of the reasons for gathering in person Thursday was to celebrate.

“We are a distinguished club,” Blake said. “We are one of eight or nine in the entire state.”

Wagoner explained Alabama has 76 Kiwanis clubs and more details of how special Thursday’s announcement was.

“Last year very few obtained that,” Wagoner said. “The criteria were, increased membership throughout the year, members attend the mid-winter conference and then $25 per member to the Kiwanis Children’s Fund. There were two clubs in the Division 10 to get it. That would be Alexander City and Dadeville.”

Blake said the club was successful raising funds last year. The Kiwanians were able to raise nearly $40,000 through a steak dinner auction before the pandemic struck and a clay shoot in the fall at Five Star Plantation.

“They were amazed for the kind of money we raised and for the numbers we have,” Wagoner said.

The pandemic meant the steak dinner normally held in February hasn’t happened yet. Members discussed several options to change the normally Valentines themed fundraiser. The Mill Two Eighty is likely occupied until at least later summer by Russell Medical’s pandemic response, forcing the club to think about having it in the parking lot outside Jake’s. Instead of chancing weather in May and with fingers crossed, the Kiwanians hope to have the dinner in August indoors at The Mill Two Eighty.

But this time a tailgate and college football themed dinner will hopefully serve the purpose.

Now Blake and others will finalize the plans for the dinner and the clay shoot later in the year.

“We are small in numbers but big in results,” Blake added.

Rain showers in the morning will evolve into a more steady rain in the afternoon. High 72F. Winds SW at 5 to 10 mph. Chance of rain 70%. Rainfall near a quarter of an inch.