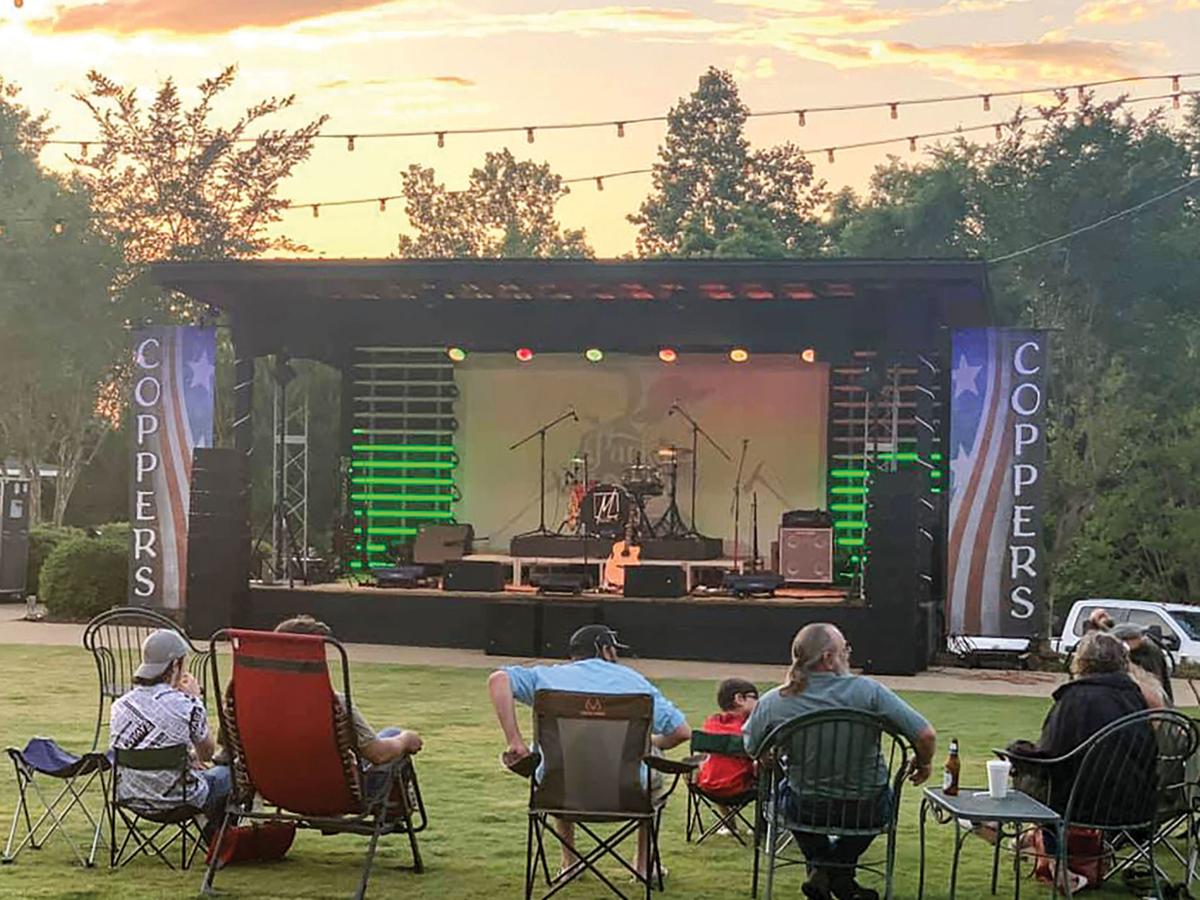 Submitted / The Outlook There is music on the outdoor stage at Copper’s Grill every weekend but people must practice social distancing and capacity is limited. 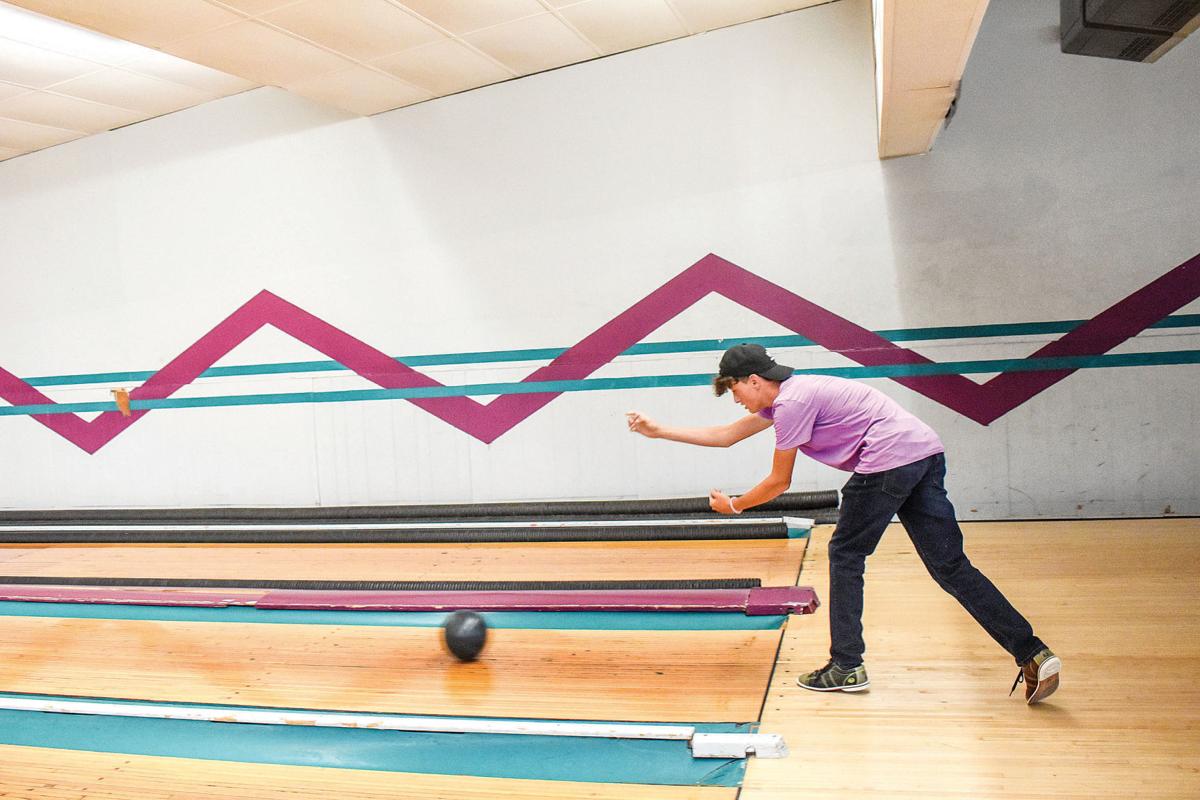 Submitted / The Outlook There is music on the outdoor stage at Copper’s Grill every weekend but people must practice social distancing and capacity is limited.

With the latest announcement by Gov. Kay Ivey allowing entertainment venues to reopen, local businesses are happy to reopen but restrictions are still in place and it doesn’t mean business is back to usual.

Idletime Family Center closed March 20 but continued to offer specials and discounts on social media as well as sell concessions in a tent outside the building.

Owner Mike Jones finally reopened May 22 for bowling and skating.

“We really need help from the community to get back on our feet,” Jones told The Outlook in a Facebook message. “Our peak time is January to April and May to September is always slow.”

A few guests skated and shot pool on Memorial Day weekend but otherwise things remained fairly quiet at Idletime. Jones said the lake usually draws crowds away from town but is hoping more people will turn out as time goes on.

“We are skipping lanes in between bowlers to maintain the social distancing,” Jones said. “We’re cleaning the bowling balls after each use, wiping down tables, chairs and computer screens after each use, and for skating we just ask that they not congregate with each other.”

Playhouse Cinemas co-owner Daniel Yates has also been shut down for a few months due to coronavirus-related restrictions. Similar to Jones, Yates has been selling concessions from 4 to 7 p.m. every Friday to at least bring in some money.

“That’s been pretty steady,” Yates said. “We’re doing a special for a large popcorn and large drink for $6. This kind of gives them a reason to come by at least.”

Yates said he has no plans at this time as to when Playhouse will reopen, even though movie theaters are allowed to open with added restrictions.

“Honestly, I have no idea when we’ll open,” Yates said. “We could open now but there are no movies coming out. We could show old movies but how many people would show up for limited spacing? And at what price would we offer it? I’d have to charge regular price to be beneficial to me and people probably wouldn’t come out.”

The first round of new-release movies is set to come out mid-July, but he said things are still unclear.

“I’ve been trying to touch base with other independent theaters and nobody’s really going anything right now,” Yates said. “I figured, ‘Why do it if no one else is?’ It would be tough to open right now.”

Live music also falls into the entertainment category that remained closed until recently. Copper’s Grill food and beverage manager Chris Gibson is happy to give people some enjoyment while ensuring employees and guests are safe while doing it.

At 5 p.m. May 22, these venues were allowed to open and Copper’s jumped on the opportunity that night.

“You’d be surprised; even though we’re up and running, a lot of people are still staying home,” Gibson said. “People have been good so far. The first night it rained but for the most part people still stayed with who they were with. Some groups got pretty tight but there was plenty of room to maneuver around.”

For Memorial Day weekend, Copper’s planned to host River Dan Band and Electric Avenue but had to cancel because those particular acts draw large crowds.

“We had a solo act and a duo over the holiday weekend,” Gibson said. “We’re trying to provide entertainment and get some feeling of coming back to normal.”

Gibson said signs are posted as helpful reminders to self-police on 6-foot distancing and sensor-activated hand sanitizing stations have been installed inside and outside.

Copper’s is running at 50% capacity with seating for 154 total inside and outside. Tables are arranged to accommodate only six or fewer people at a table at one time.

“Even though we’re allow to have more, we’re want to put our best step forward,” Gibson said. “Everyone’s safety is in the front of our minds. No one has really complained and it’s actually helpful for the restaurant.”

Cooks and staff members wear gloves when clearing and wiping down tables and the restaurant’s cleaning company recently sprayed down the entire restaurant so it was certifiably sanitized. Paper towel dispensers and soap dispensers were replaced with sensor-activated machines as well to avoid having to touch them.

“Everyone’s safety is in the front of our minds,” Gibson said.

For listening to music on the outside stage, people are encouraged to bring their own chairs as it is difficult for staff to disinfect every time someone got up. Also, disposable cups are being used at the bars and there is no food being served at the outside bar to help people from overcrowding.

In terms of promoting the live music, Gibson said he is posting on social media only once a week instead of daily, in the hopes people will see it but it may limit the number of attendees.

“We will have music every Friday and Saturday and will continue to stay in the guidelines,” Gibson said.