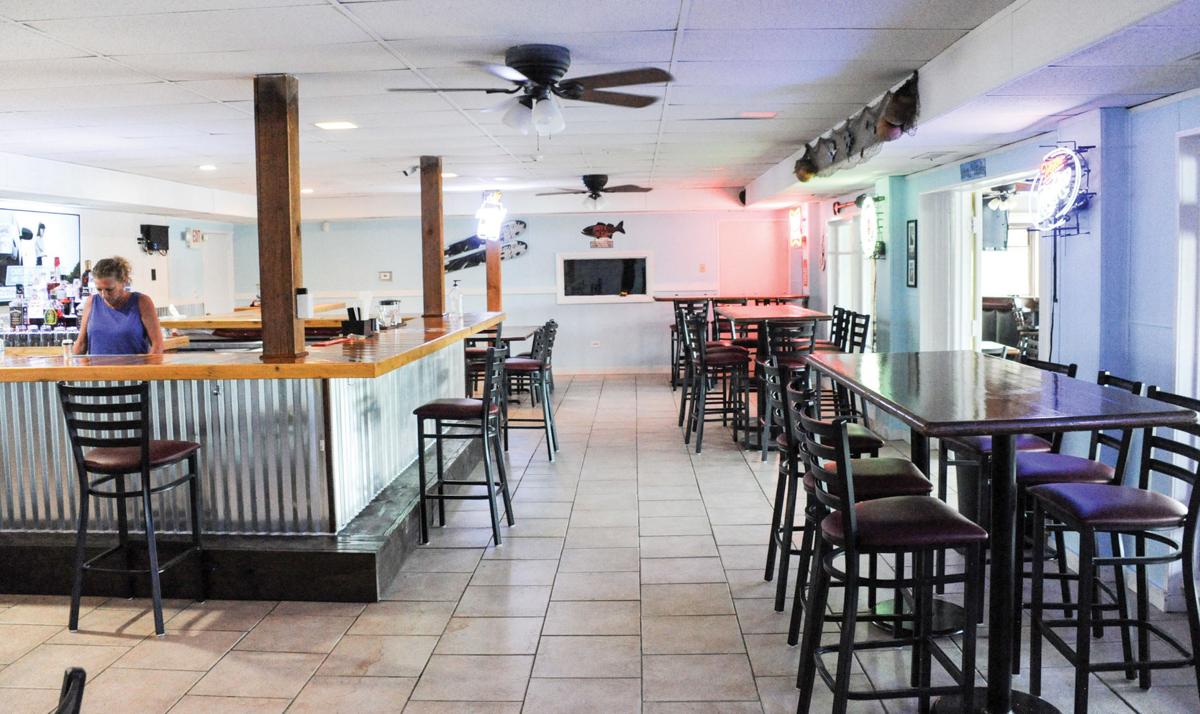 Amy Passaretti / The Outlook The Alexander City Elks Lodge lounge was completely renovated to include a 60-foot bar and new tables and chairs that are currently positioned for social distancing. 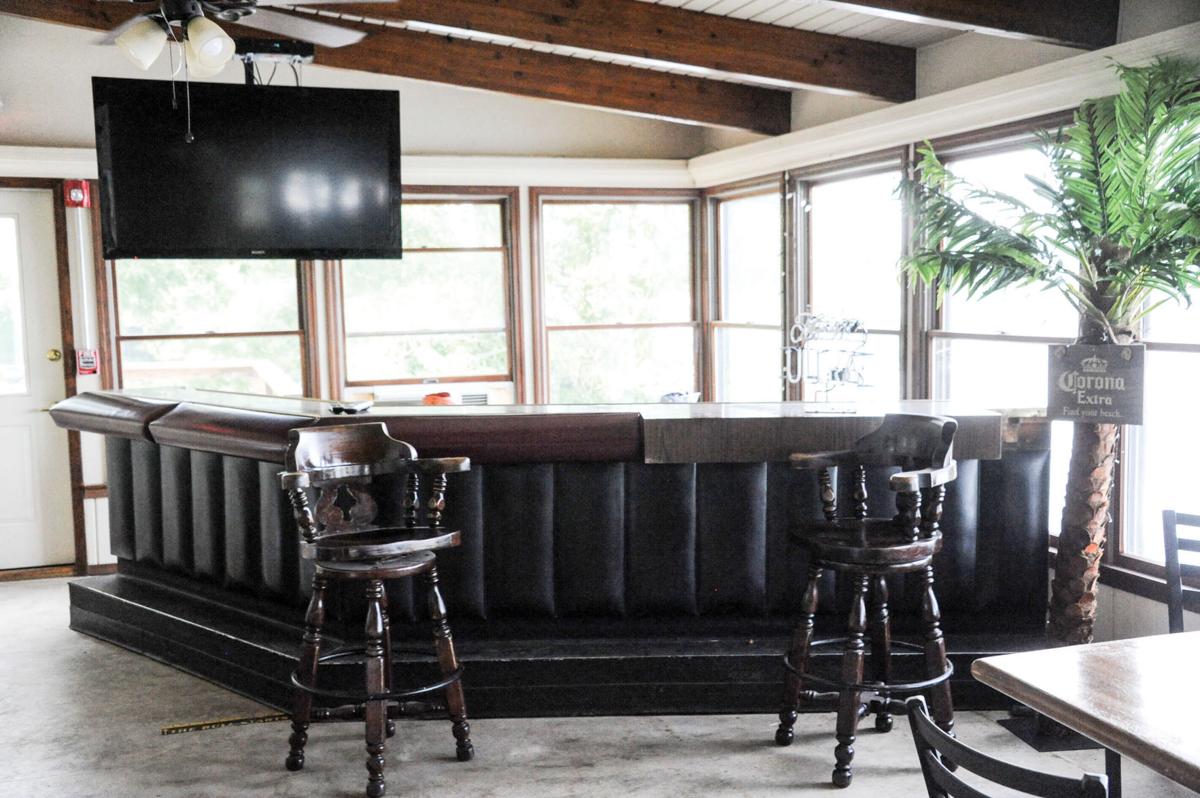 Amy Passaretti / The Outlook A piece of the old bar was added to the inside patio for nostalgia. 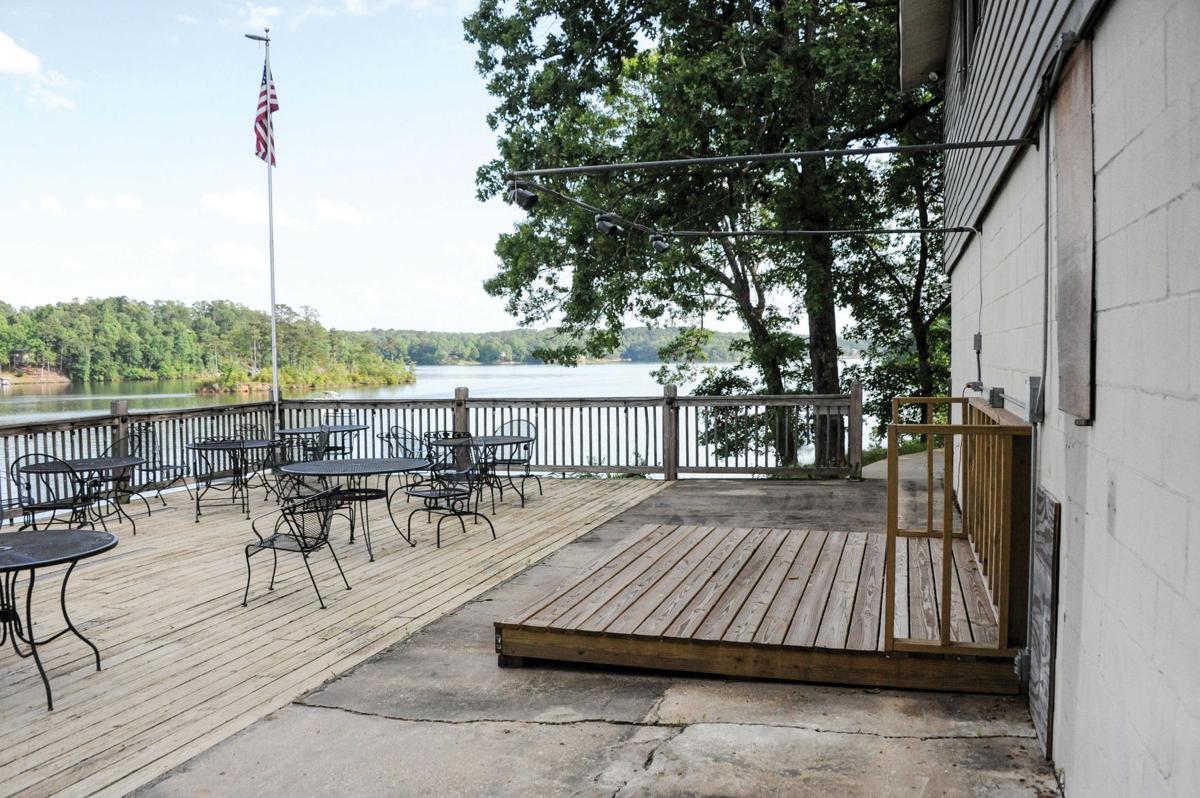 Amy Passaretti / The Outlook A permanent music stage was added to the patio of the Elks Lodge and the outside bar is being renovated.

Amy Passaretti / The Outlook The Alexander City Elks Lodge lounge was completely renovated to include a 60-foot bar and new tables and chairs that are currently positioned for social distancing.

Amy Passaretti / The Outlook A piece of the old bar was added to the inside patio for nostalgia.

Amy Passaretti / The Outlook A permanent music stage was added to the patio of the Elks Lodge and the outside bar is being renovated.

Members of the Alexander City Elks Lodge 1878 worked tirelessly for nearly three months to completely renovate their building only to be halted by the coronavirus pandemic mere days before the grand reopening.

“All of our members pitched in and did the work,” Elks Lodge exalted ruler Jason Tapley said. “Rick Nicholson headed up the effort. He kind of got the design together and we agreed on all of it and put it in motion. All of us just went down there and worked when we could, on weekends and during the week some. The lodge needed an upgrade.”

After the lengthy process of rebuilding, the Elks Lodge had to shut down for a while based on state mandates surrounding COVID-19.

The lodge received a total makeover to include a new bar, updated tables and chairs, patio additions, a remodeled kitchen, brand new coolers, a new sound system and more.

“We raised most of the money through events we did,” Tapley said. “We had a building fund set up and we set a certain budget and stayed within that budget. It took us a couple years to raise — a little here and there.”

The Elks essentially started from scratch with the remodel and built a brand new 60-foot long bar. The top is made of oak donated by Gerald McGill and the bottom section was constructed with tin to give it that old lodge feel.

Along with a new kitchen came a new menu with fresh appetizer offerings and drink specials.

New LED lights surround the bar area as well as a new liquor stand. A second bar was added to the outside deck along with a stage area and a piece of the original bar was moved to the inside deck for nostalgia.

“We wanted to keep a piece of history in there,” Tapley said.

Right now, the Elks can open its lodge for meetings and for members to use but tables are set up 6 feet apart and there can be only so many people in each room until updated state orders are given.

The Elks has a lot of events and fundraisers planned including its annual drawdown, clay shoot and duck race. The members also plan on doing some entertainment events on the weekends this year.

“We have a lot of big plans if they could ever let us open back up (entirely),” Tapley said. “We are waiting to see what will happen and how they will let us open before we reschedule the grand reopening. There will be a lot of people that want to come to that.”

As per Elks Lodge guidelines, members can bring guests to the location but after three times, the same guest has to join the organization.

“If someone’s coming back that many times anyway, they’ll join,” Tapley said. “Anybody is welcome to buy tickets and come to our fundraiser events. We use them as membership drives and usually get a lot of new members off those.”

The Elks has big plans for future use of its new building and can’t wait to show it off. The lounge is opened at 5 p.m. Wednesday and Fridays to the public.

“Everyone is really excited about it,” Tapley said. “It’s real modernized now.”