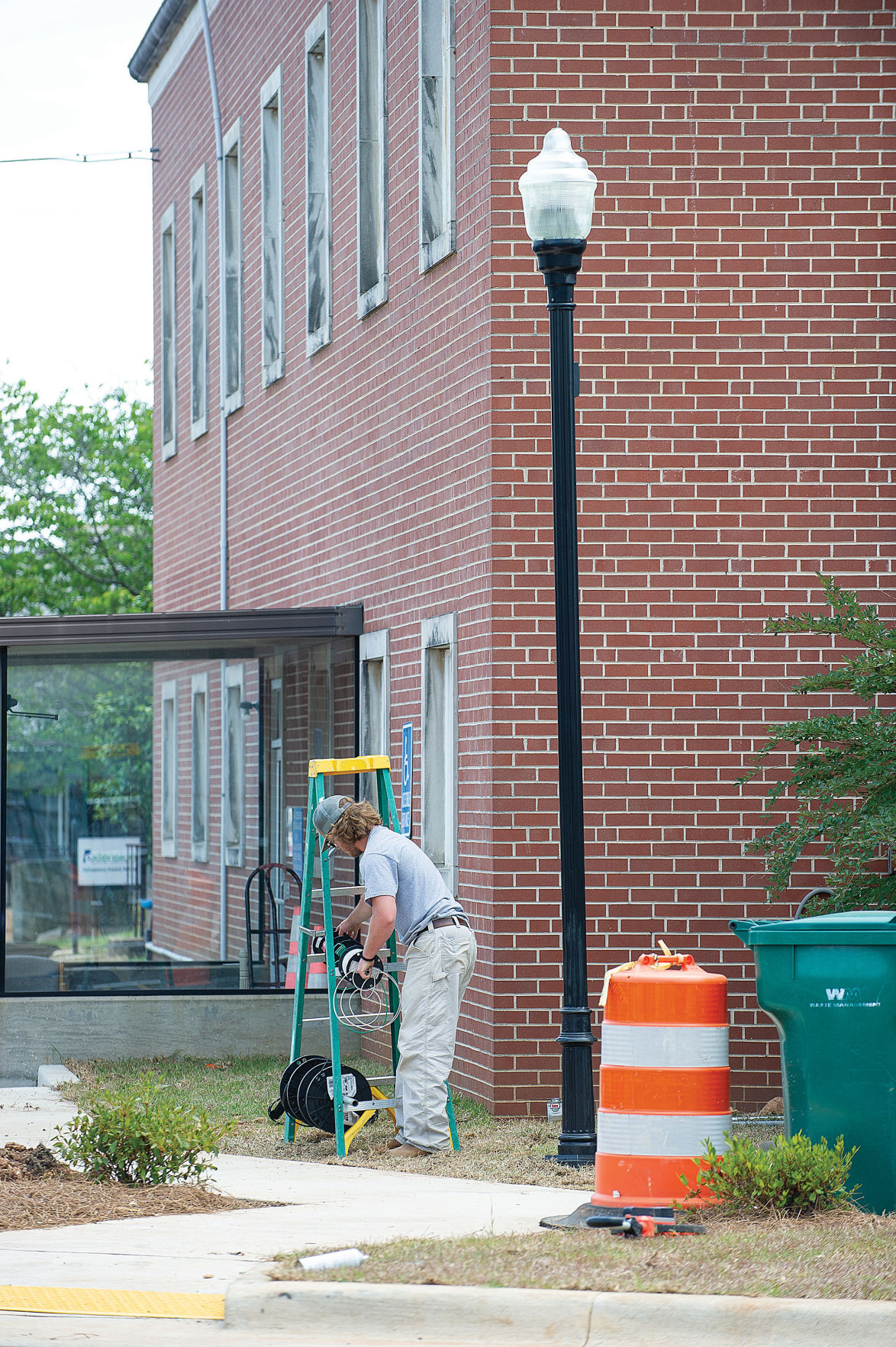 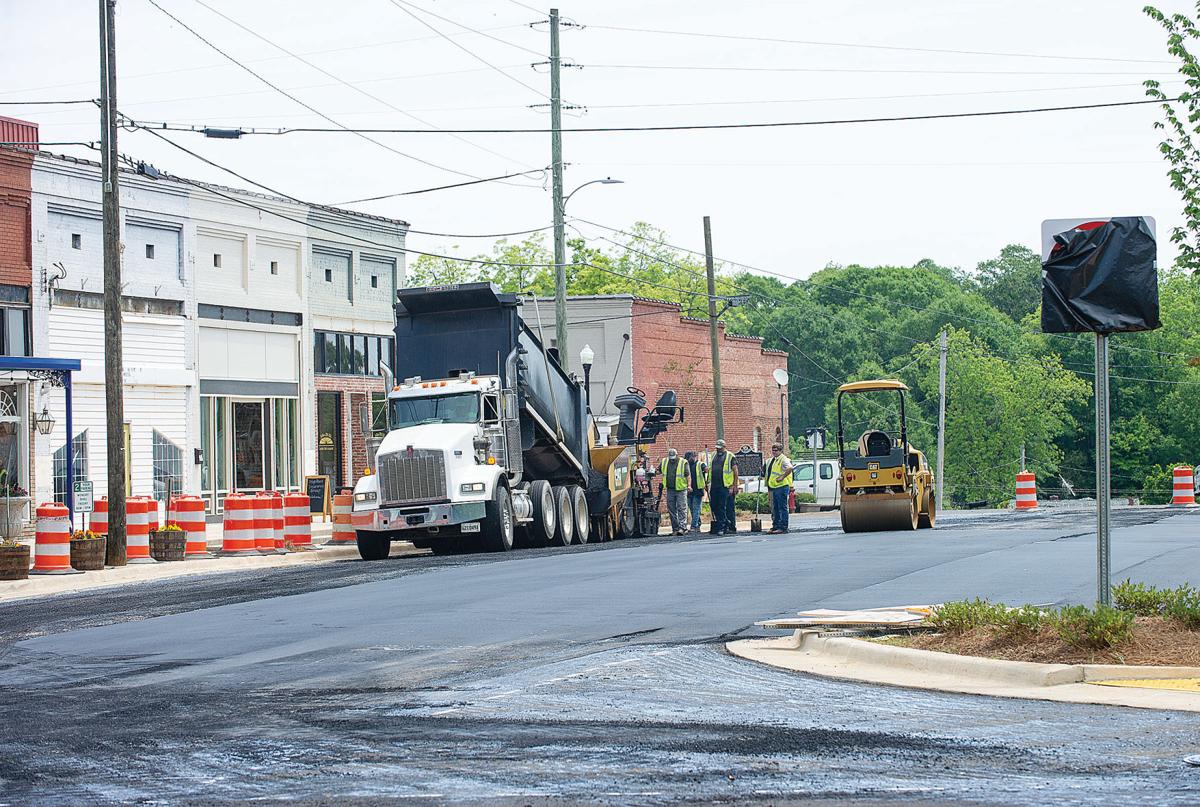 Cliff Williams / The Outlook A crew with Gary Ingram Grading and Paving installs a layer of asphalt on Cusseta Street around the Tallapoosa County Courthouse as the renovation project nears completion.

Cliff Williams / The Outlook A crew with Gary Ingram Grading and Paving installs a layer of asphalt on Cusseta Street around the Tallapoosa County Courthouse as the renovation project nears completion.

For some in Dadeville, courthouse square renovations have been in mind for nearly a decade. Those renovations should finally be complete this month after months of construction and years of planning.

“We are paving (Wednesday),” Dadeville Mayor Wayne Smith said. “It will have to cure for two weeks before striping.”

Gary Ingram of Ingram Grading & Paving was on site Wednesday around the courthouse and said his company’s equipment will be gone soon.

“We hope to finish by the weekend,” Ingram said.

“You have to make a mess before you make progress,” Smith said. “We have had the philosophy you have to build it and they will come. We have already had several people come and look at spaces around the square.”

The Dadeville City Council voted Tuesday to lift the curfew put in place to help prevent gatherings as those restrictions were lifted last week by Gov. Kay Ivey.

Smith informed the council it was still unknown if the city will qualify for reimbursements from the federal government after damages from last month’s storm.

“We are still working on that,” Smith said. “We have to turn in first estimates by Friday. We would like to get some help but we just don’t know right now.”

The council approved allowing the Dadeville Police Department to subscribe to LeadsOnline, a service that tracks transactions. The council’s resolution allows the service to be used for the remainder of the year and will be put into the 2021 budget for consideration.

A rental contract with Alabama Power Company was up for Dadeville Fire Department Station 2 on Old Susanna Road. The lease was for $434 per year and the power company wanted to increase it to $1,500 per year. Smith said he negotiated $350 per year with 2% per year incremental increases for the next five years.

Smith was happy Tuesday was the first live stream of the city council meeting.

“We livestreamed it (Tuesday) night,” Smith said. “We had a glitch and didn’t get to save it on the website. We will continue to livestream meetings.”

In other action the Dadeville City Council also:

• Rejected a bid for grass cutting along city street right of ways. Smith said the city will rebid the contract.

• Was reminded city hall will be closed for Memorial Day on Monday, May 25

The next meeting of the Dadeville City Council is at 5:30 p.m Tuesday, May 26 with a pre-council meeting starting at 5 p.m.