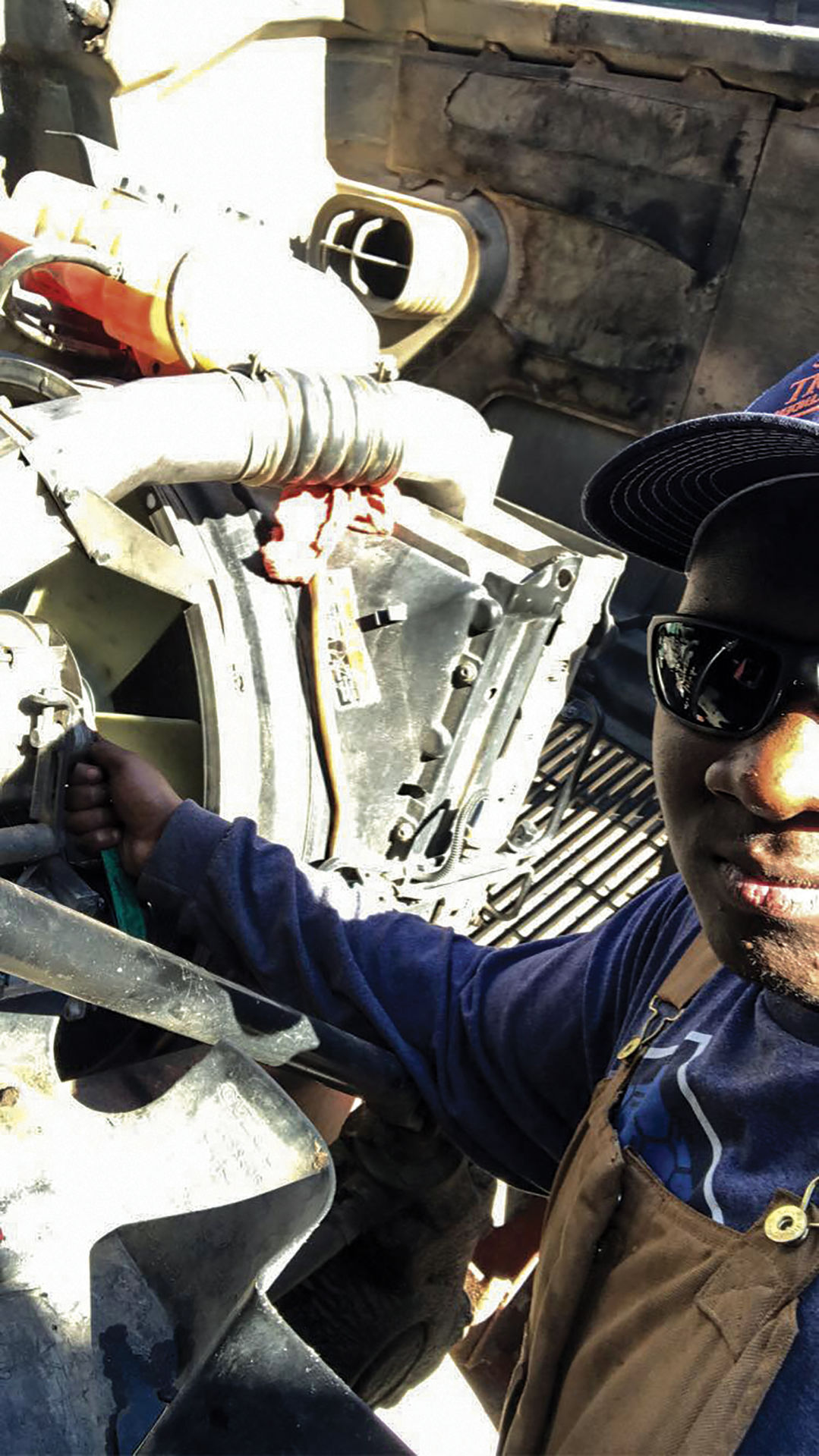 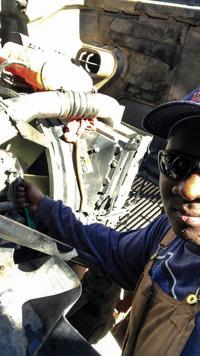 Submitted / The Outlook JR Chapman holds tension on a logging truck belt as his uncle tightens it. 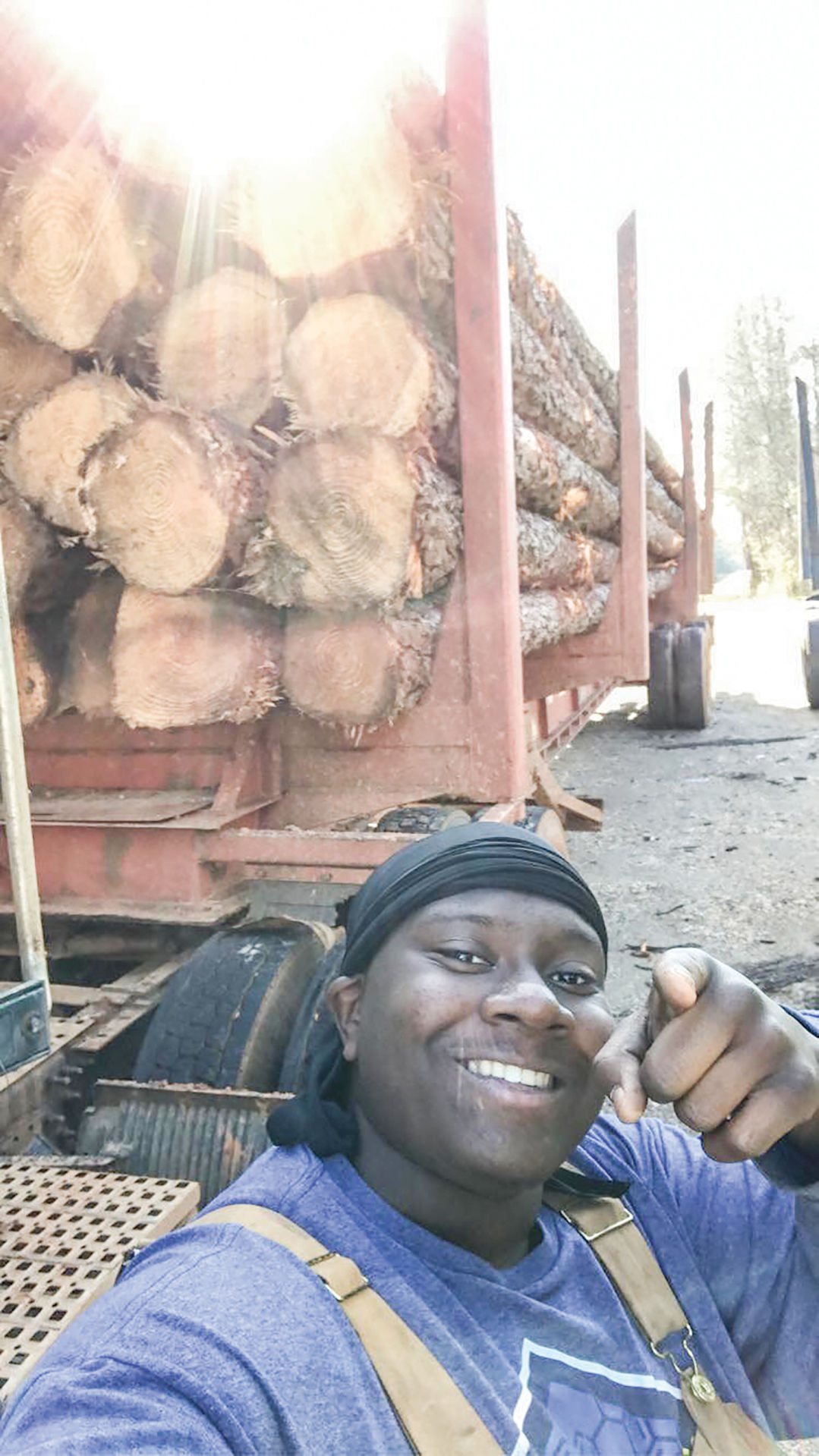 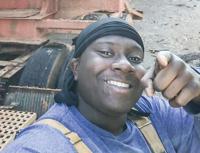 Submitted / The Outlook Chapman poses in front of a load of Grade A timber he’s been working with as he learns forestry techniques.

Submitted / The Outlook JR Chapman holds tension on a logging truck belt as his uncle tightens it.

Submitted / The Outlook Chapman poses in front of a load of Grade A timber he’s been working with as he learns forestry techniques.

Central Coosa rising senior JR Chapman has a tenacious spirit and a hardworking personality that is motivated by honoring his late grandmother. That dedication earned him the first-place spot as an individual in Alabama for his proficiency application with the Future Farmers of America (FFA) in forestry.

“I am proud to be saying first place; it’s a very big honor,” Chapman said. “I started at the bottom and now moving to the top. To have that motivation to get up, you have to have that one person in mind that makes you get up. My grandmother passed away last year and I owe her everything. I am very motivated to keep going in honor of her.”

Chapman has been working with his family’s forestry business and learning alongside his father and uncles for years. But it all started with his grandfather.

“When I was younger, my grandfather was in this business and I would go with him every Saturday and most Sundays and be with him working on loggers’ equipment and being around businessmen in the forestry business,” Chapman said. “I’ve seen that this is the type of business I like to do — be around machinery and out in nature using my hands, technical skills.”

To fill out the proficiency application, Chapman had to track his work through a timeline and take pictures of what he was doing with detailed descriptions.

“I have been picking up and learning a lot from my family,” Chapman said. “It’s like having your family there every step of the way helping you with whatever they could.”

Chapman said he owes exposure to the opportunity and assistance with applying to Central Coosa agriculture teacher and FFA advisor Logan Strock.

“The proficiency application is several pages long; it’s not just done one afternoon,” Strock said. “JR had three years of records, which is years of dedication and work. I couldn’t be more proud of him.”

When Chapman, who is also president of Coosa’s FFA program, explained to Strock how he spent his weekends, Strock knew Chapman had something special.

“I thought, ‘I think we have a winner,’” Strock said. “He told me the details and I said, ‘Why don’t we apply? The worst they can do is tell us no.’ So we took his records he had been keeping and entered them into the system to complete the application.”

Chapman has been a member of FFA since his freshman year and had multiple agriculture teachers but feels Strock has made the largest impact on his life.

“Before, I had a lot ag teachers who didn’t know anything about this until Strock saw what I was doing,” Chapman said. “He said, ‘We need to enter this and we got a lot of work to do.’ It ended up being a couple months worth of work. It felt like a year. Most kids my age are going out partying on the weekends; I stayed in and most nights I wasn’t working I did this and now it’s showing.”

Strock said several other teachers and individuals in the community helped the two get the application done.

Chapman now will represent Coosa County as a state champion at the FFA National Convention in October.

“Maybe I’ll be able to receive an award,” Chapman said. “I don’t know; this is my first time doing anything like this.”

Strock said the plan as of now is for him and the FFA team of officers to attend the national convention and they will learn more about Chapman’s national rankings once there.

“(Chapman) is a student of many talents,” Strock said. “He recently bought a cross-red steer and will be showing cattle this year. He’s so hardworking.”

And that hard work is finally paying off for Chapman who couldn’t be more excited for what the future will bring.

“It feels amazing to have this opportunity,” Chapman said. “I feel honored to go to Indianapolis (for the national convention) and be in front of thousands of people to represent Coosa County and represent Alabama as a whole. It’s not just about me. I would never have had this opportunity if not for my teacher and family and God putting them on this Earth in order to guide me in the right direction.”

Chapman lives by a motto told to him when he was a little boy, “Work in the silence and let your success be the noise.”

Some clouds in the morning will give way to mainly sunny skies for the afternoon. High 69F. Winds NW at 10 to 15 mph.