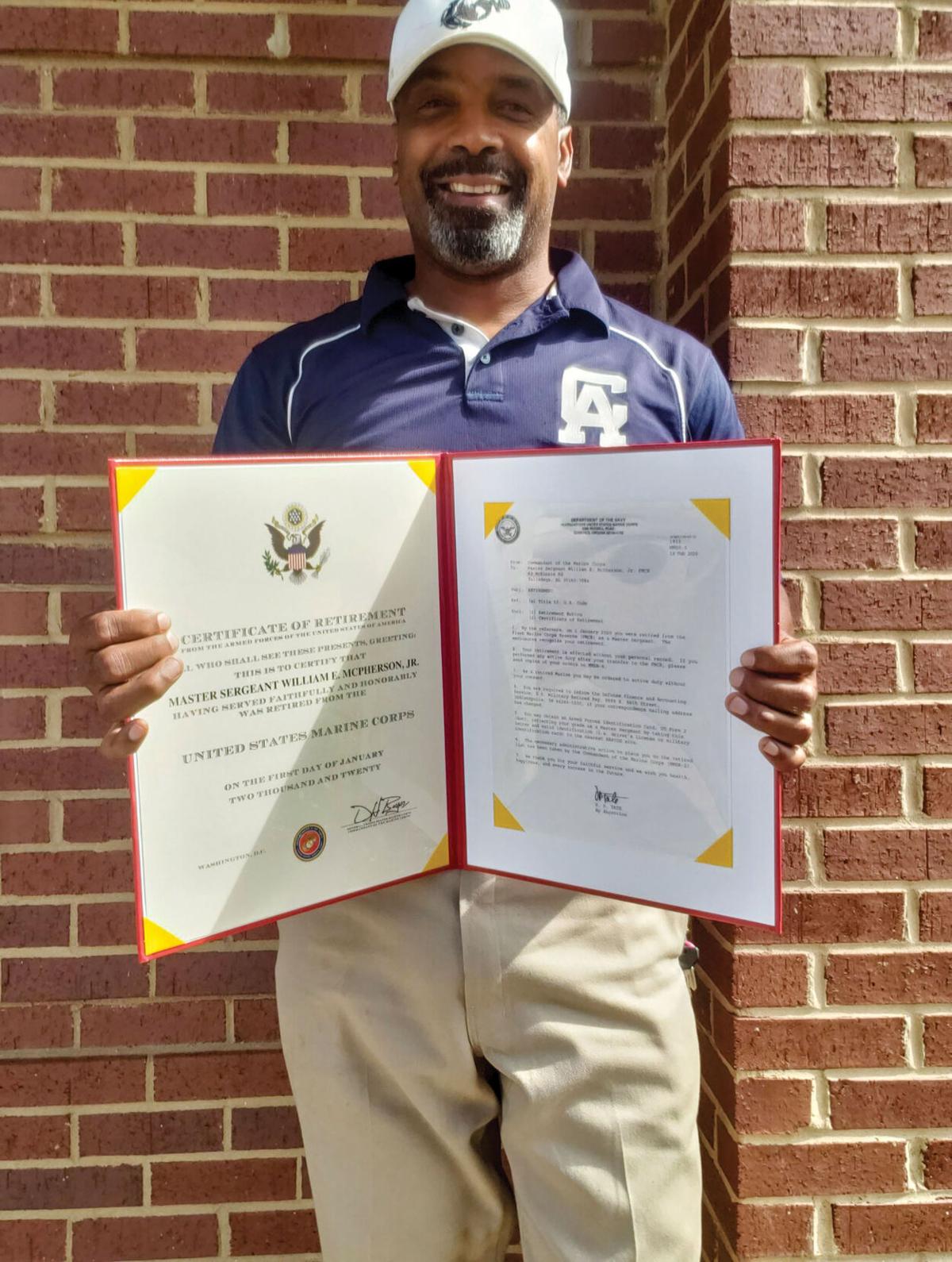 Submitted / The Outlook CACC’s Bill McPherson received a certificate of retirement after 30 years in the Marine Corps. 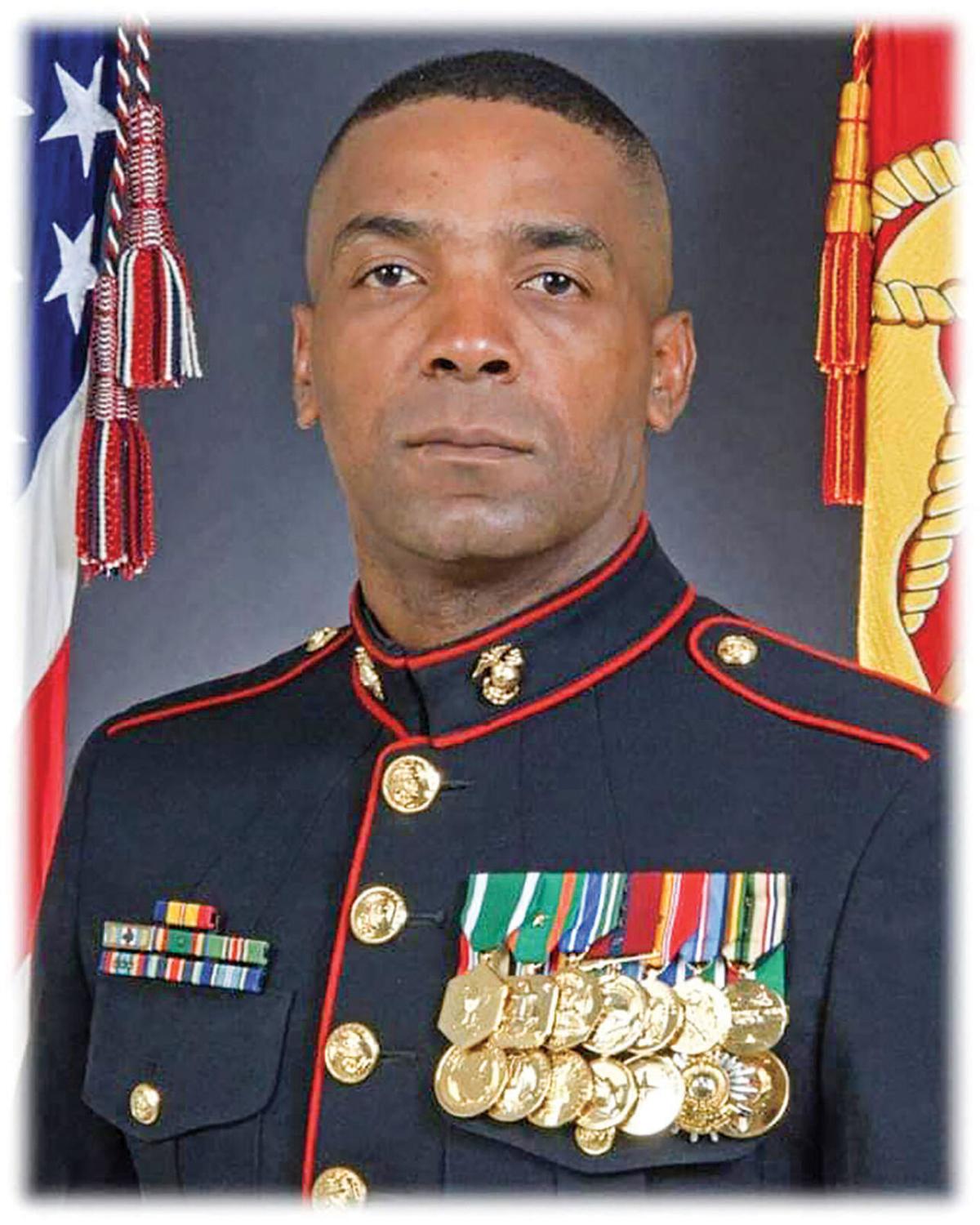 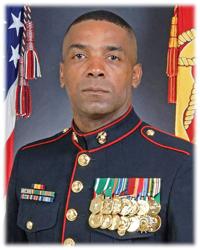 Submitted / The Outlook CACC’s Bill McPherson received a certificate of retirement after 30 years in the Marine Corps.

While Central Alabama Community College’s (CACC) origin is in Alexander City, its faculty and staff have a wide footprint. For one such employee, that trail has been traversed over 26 different countries and 30 years of service in the Marine Corps.

Building technician Bill McPherson recently received his 30-year retirement certification but not after working firsthand with live mines and the demolition side of engineering.

“In the Marine Corps, I was a combat engineers and the field is divided between construction and demolition,” McPherson said. “I ended up doing more demolition and was an instructor for the engineer school for three years.”

He worked with minefields in various areas of the world and passed that knowledge on to other students.

“As I picked up rank, you kind of get moved around where they need you,” McPherson said. “I think it was more because a lot of people were scared to go into that type of job. But it was the challenge that attracted me to it.”

In 1994, McPherson was the first corporal to work live minefields in Guantanamo Bay after nearly eight weeks of training at Camp Lajeune in North Carolina and additional training when he arrived in Cuba.

“Prior to that I was in the Gulf War and encountered mine fields there, so I was not quite as nervous because I had been through it,” McPherson said. “Once you’ve done it, the butterfly-buzz kind of leaves out.”

Having traveled to a vast number, McPherson said he is more appreciative of what is available in the U.S. and enjoyed interacting with various cultures.

“Going to that many different countries, you get to see what other people live like outside the U.S. and how they’re different,” he said. “You become more appreciative of what we have here and what we take for granted. We complain about not having a new car meanwhile in some places, people have to walk 5 or 6 miles to get a jug of water. It was eye-opening to leave outside the U.S.”

McPherson retired from active duty in December 2009 but transferred to the Irregular Ready Reserve (IRR) for 10 years.

“In case a big conflict were to break out, they can call you if they need you,” he said. “I went in when I was about 22 years old and when my first contract was up, I chose to keep going. I was getting paid twice a week, good benefits, get to see the world and meet a lot of different people, so I decided to stay in.”

Originally from Monroeville, McPherson met his wife Eva, who is also a retired marine, in school at Quantico, Virginia. The two retired at the same time and found Talladega as the perfect spot to call home with their three children: Paul, 26, Candice, 25, and Josh, 24.

McPherson said it was basically a no brainer for him to join the military in the first place as he comes from a long line of family connections.

“My dad was in the military,” he said. “Well I come from a big military family on both sides. Everybody either went military or law enforcement.”

McPherson’s experience in the Marine Corps aids him in his job at CACC, where he’s been since May 2012.

“I’m basically in the maintenance field — do some electrical, plumbing, keep the grounds up, everything having to do with maintenance,” he said. “I enjoy it and work with some really, really fun people. I love to go to work and I don’t like to be off or be home by myself.”

McPherson is located at the Talladega campus of CACC and is grateful for his past leading him to his present situation.

“I feel blessed,” he said. “It’s a blessing to be able to make it this far after all I’ve been through. To be where I am now, it’s a good feeling.”