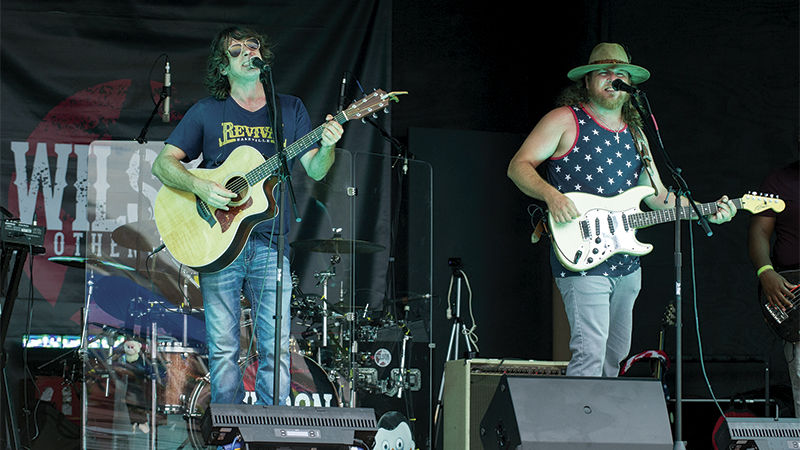 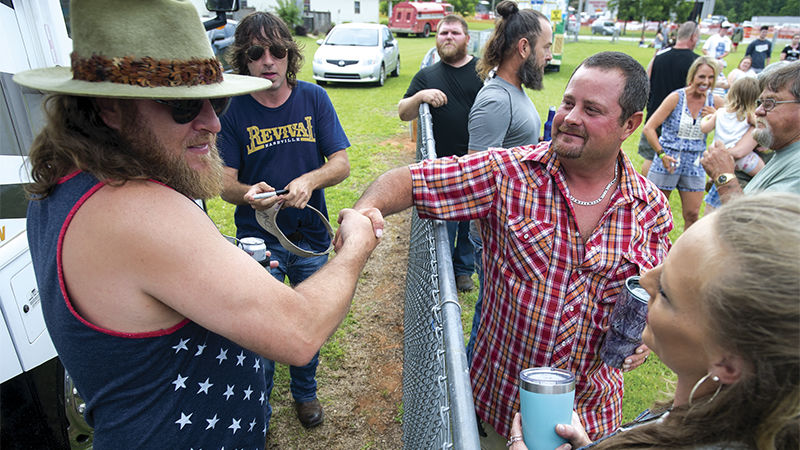 Alexander City natives Chad and Kyle Wilson have been writing and playing country music together for 16 years and the awards are starting to stack up.

“It’s a big deal,” Chad said. “Just being nominated is huge. Industry leaders like Grammy winners and other figureheads make the nominations then fans vote. We were nominated for best live performance as well.”

Kyle said he and his brother have to give the credit to Wilson Brothers Band fans.

“The importance of this award is that our fans are the ones who made this possible.” Kyle said. “Without them, we couldn’t do what we love to do. We do it for the fans, and they have always been faithful to show us love in return.”

Last year Wilson Brothers Band was in the No. 1 spot on CMT’s Music 12-Pack Countdown for almost two months with its single, “It all looks good from here.”

The awards have allowed the duo to bring on Platinum Music Management and it’s already paying off.

“They are starting to book shows for us,” Kyle said. “We are playing some festivals and a couple shows in Chicago. It is another step for us.”

The 2018 Hackneyville Fireworks show was the first time the brothers have played at home in Tallapoosa County. Since then they have played at Fermenters Market on the Green in downtown Alexander City and also performed at Strand Sessions, a concert hosted by the Lake Martin Young Professionals and Alexander City Chamber of Commerce held the first Thursday of each month April through August.

The hometown support was very helpful in the fan portion of the award.

“We are small-town famous,” Chad said. “Those fans along with help from friends we have made along the way helped us win the award.”

Chad said they are not the only ones doing Alexander City proud in Nashville.

Wilson Brothers Band has another album in the works.

“We are going to start recording by the end of October,” Chad said. “We will cut 10 songs and take a break and cut 10 more. We will then go back and put together an album.”

Unlike the brothers’ self-titled first album “Wilson Brothers Band,” this time around the music will be songs audiences have heard already.

“The first go around we recorded and then played them for crowds,” Chad said. “We have been playing these songs already.”

“The Devil” is a track likely to make the cut for the upcoming album, according to Chad.

The brothers know Tallapoosa County will continue to support them.

“We are excited about the album and the support,” Chad said. “While we are starting to get recognized around the country, it is great to hear from people from home.”

Do you have at least two ways to receive weather alerts?